French graphic designer and art director Francois Prost is best known for his branding work for companies such as Paris-based Galeries Lafayette and his time at Benetton’s creative think tank Fabrica. In Prost’s spare time, however, he has spent the last four years building up a collection of photos that examine the more banal side of life in France.

Prost’s Photo Stories series began with a project called After Party that involved him photographing the façades of nightclubs in the cold, harsh light of day. He got the idea for the project while on a cycling trip with a friend along the Canal du Nivernais. On one of the days he happened to stop in the car park of a nightclub called Attitude while waiting for his friend to catch up, and felt compelled to take a photo. 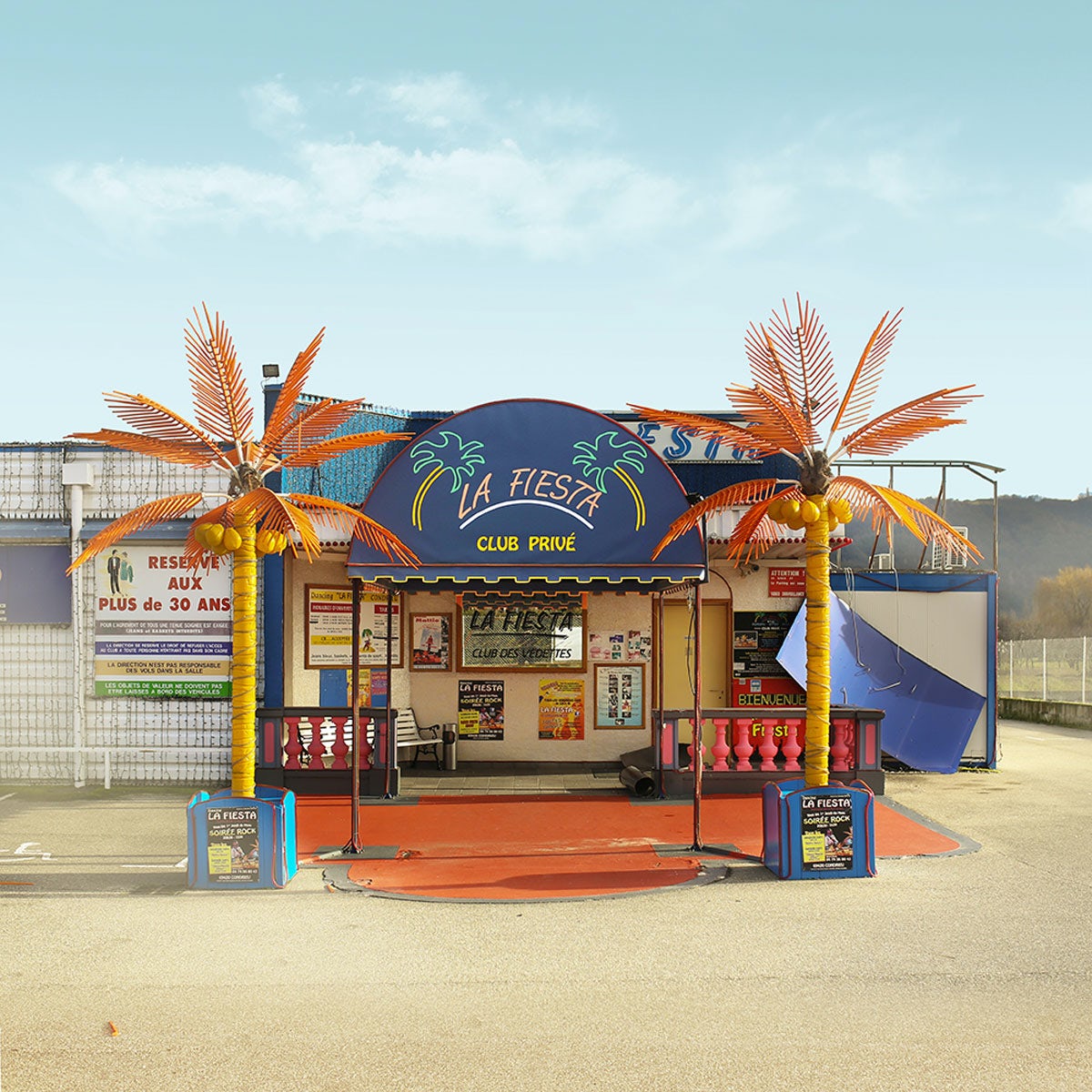 “Looking around, I suddenly noticed some details on the floor like broken bottles, empty packs of cigarettes or ripped flyers that suggested a night out had ended there only a few hours ago,” says Prost. “I thought about the paradox, that this place was supposed to be a venue of amusement and freedom, while when I was seeing it the space was looking very quiet and almost dead.”

The After Party series has since grown to encompass photos of nightclub façades in all their clichéd glory taken across the whole country. It has also inspired three other, ongoing photo series that form part of Photo Stories, which are currently on display at Superette gallery in Paris in Prost’s first solo exhibition. 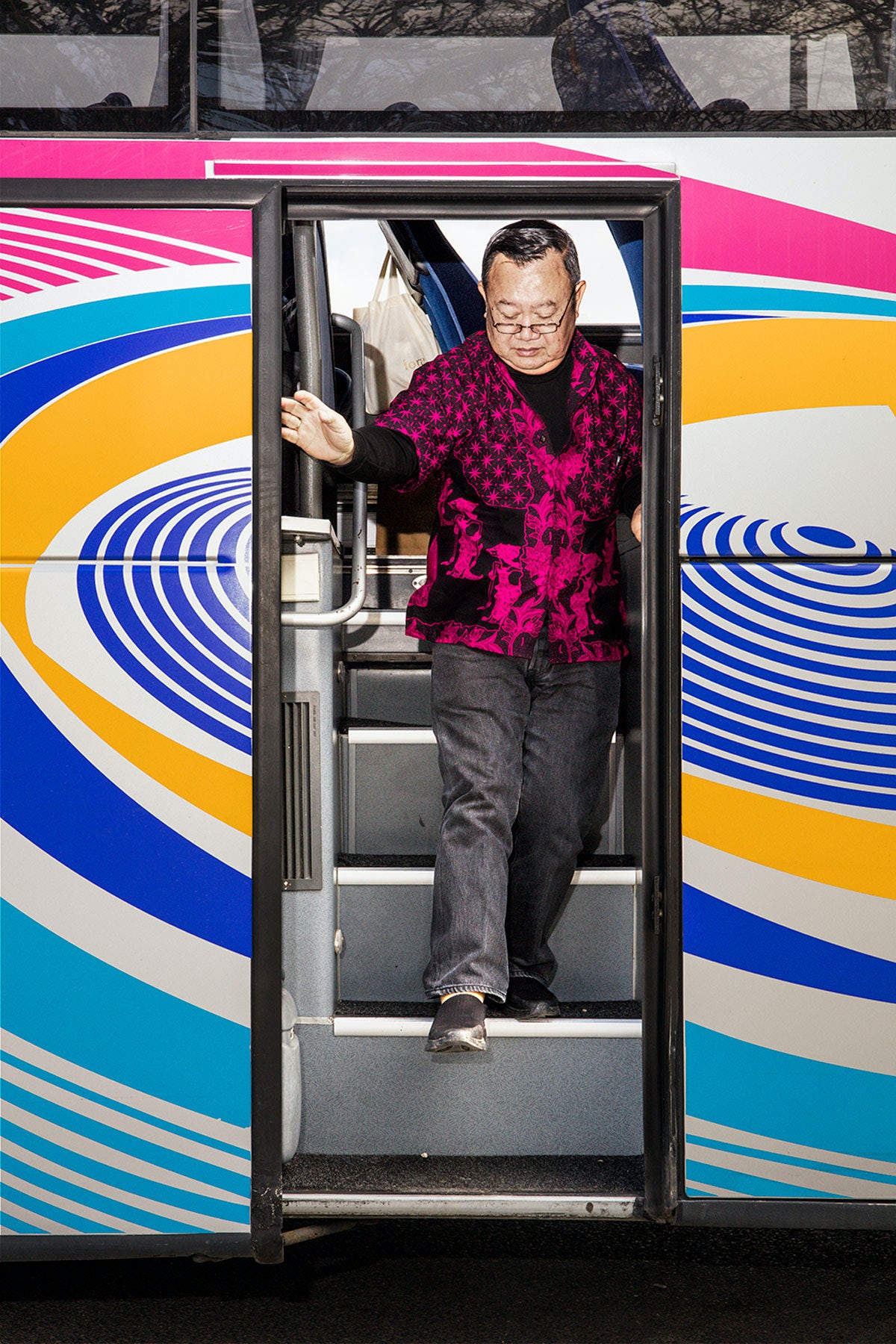 Champs Elysées, for example, plays on the ritual of the 300,000 or so tourists who visit one of Paris’ most famous attractions every day, yet visit the same fast-food chains and fashion brands that can be found anywhere else in the world.

Paris Syndrome places photos taken in front of another Parisian Landmark, the Eiffel Tower, next to its replica the Tianducheng – found hundreds of miles away in the suburbs of Hangzhou City, China. 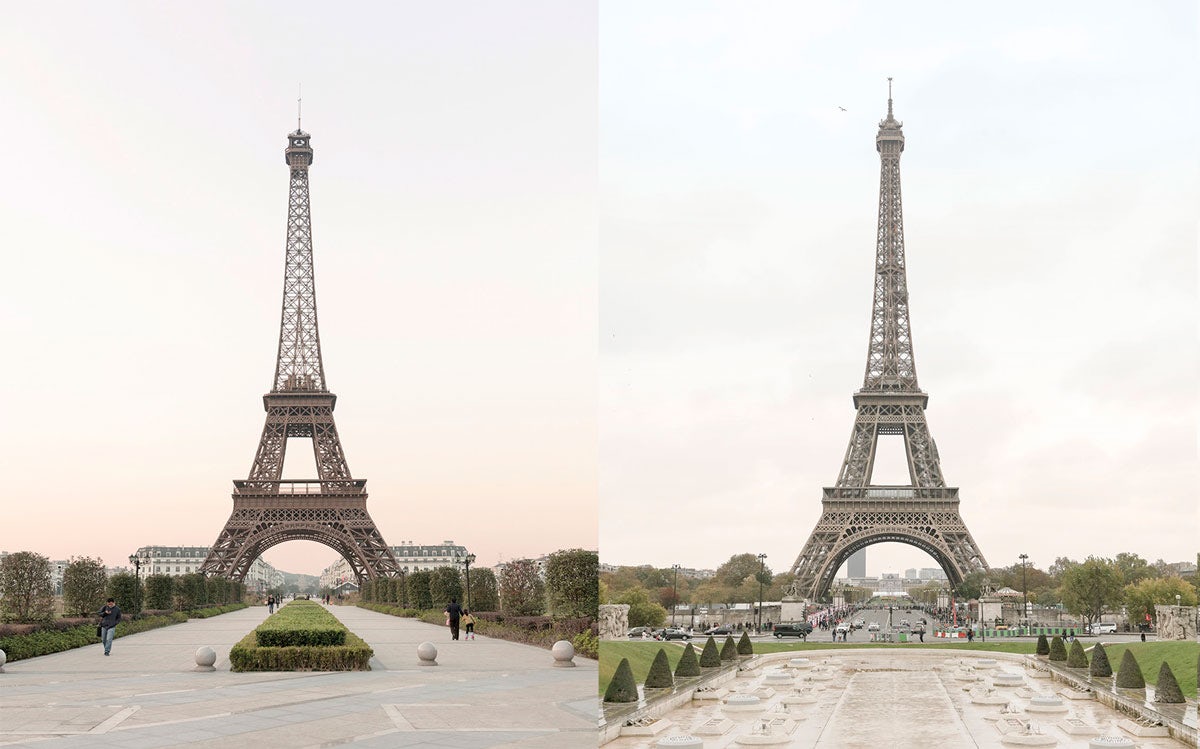 The final photo series, Faubourg, spotlights the Ile de France high-rise buildings that were intended to be symbolic of middle class comforts when they were built in the 1960s, but are today better known for their physical decay and social dismay.

The connection between all of these projects? The beauty of their banality, says Prost. “For me it’s important to never stop questioning the notion of social appearance, because when we stop questioning it we get stuck in a cliché, and to me photography is a way to fight the notion of cliché. I think it’s interesting to highlight banality because this pushes us to question ourselves on our judgment of banality.” 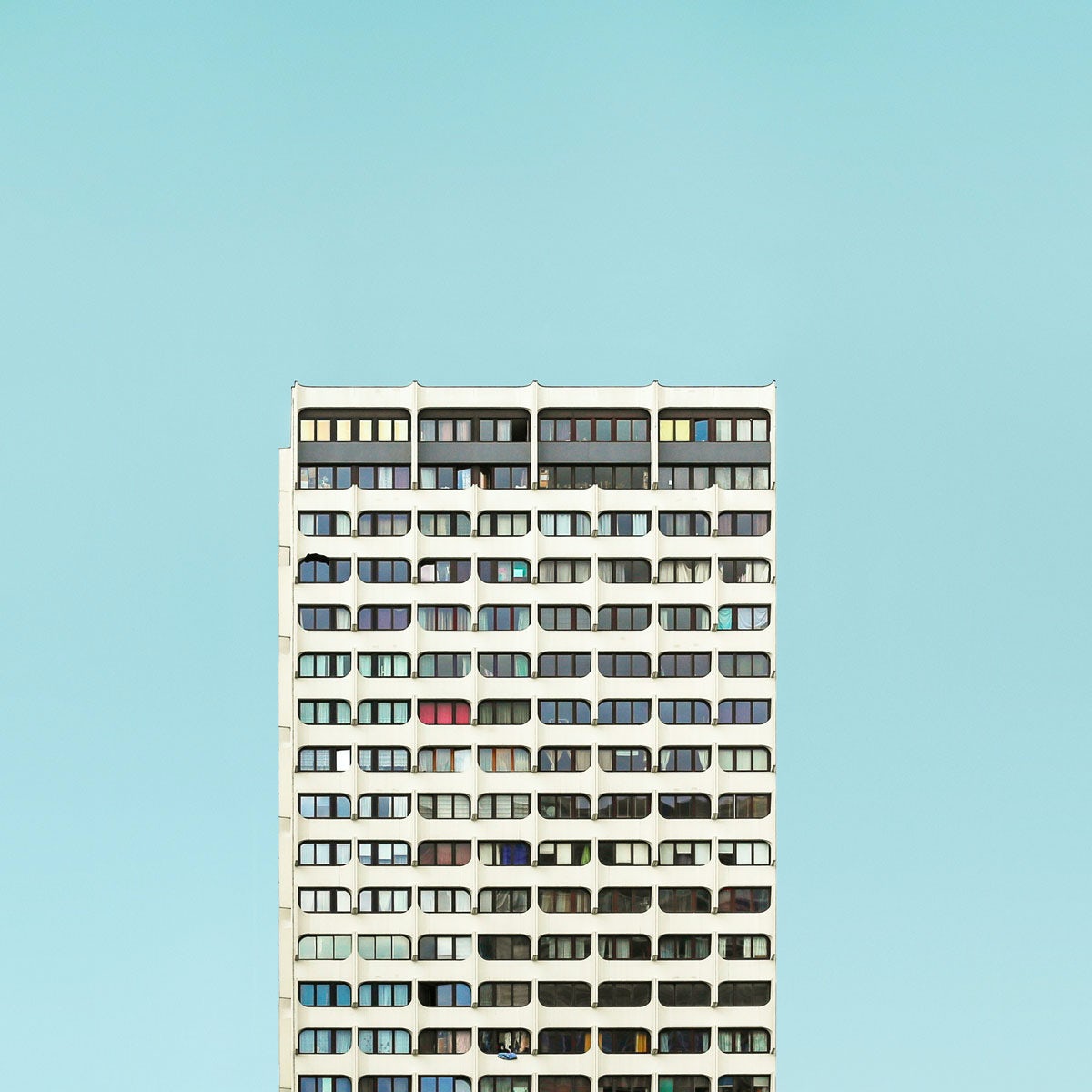 Photo Stories is on at Superette until November 16. See more info here