The Manatee Derby took place earlier this week, and can be viewed below on a nine-minute YouTube film that certainly makes for one of the weirdest (yet surprisingly compelling) marketing campaigns of late.

The campaign is a partnership between the Funky Buddha brand and the Save the Manatee Club, a non-profit that aims to support the mammal, which is listed as vulnerable at the international level by the IUCN World Conservation Union. The link between the companies is Florida, which is home to both Funky Buddha (though the brand has recently also expanded to eight other US states) and the manatee, which is the official marine mammal of the state.

The partnership has resulted in the Manatee Derby, a very tongue-in-cheek event, which sees jockeys supposedly riding the sea mammals in a race. As human activity is one of the major issues for the manatees and their habitats, this is clearly all in jest, a point that is made both in statements onscreen throughout the race, and in the very lo-fi way the jockeys are placed on the manatees in VFX. 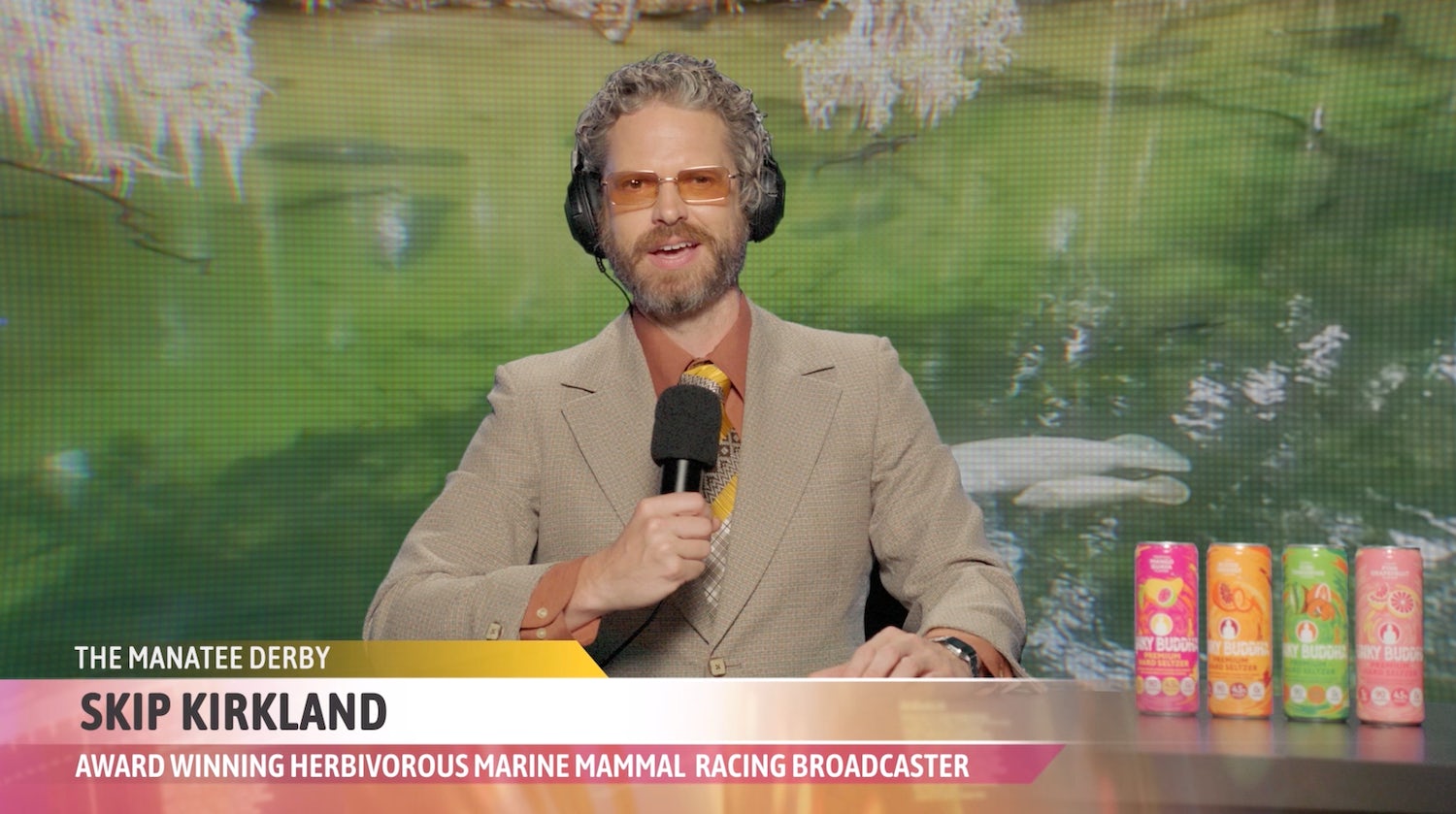 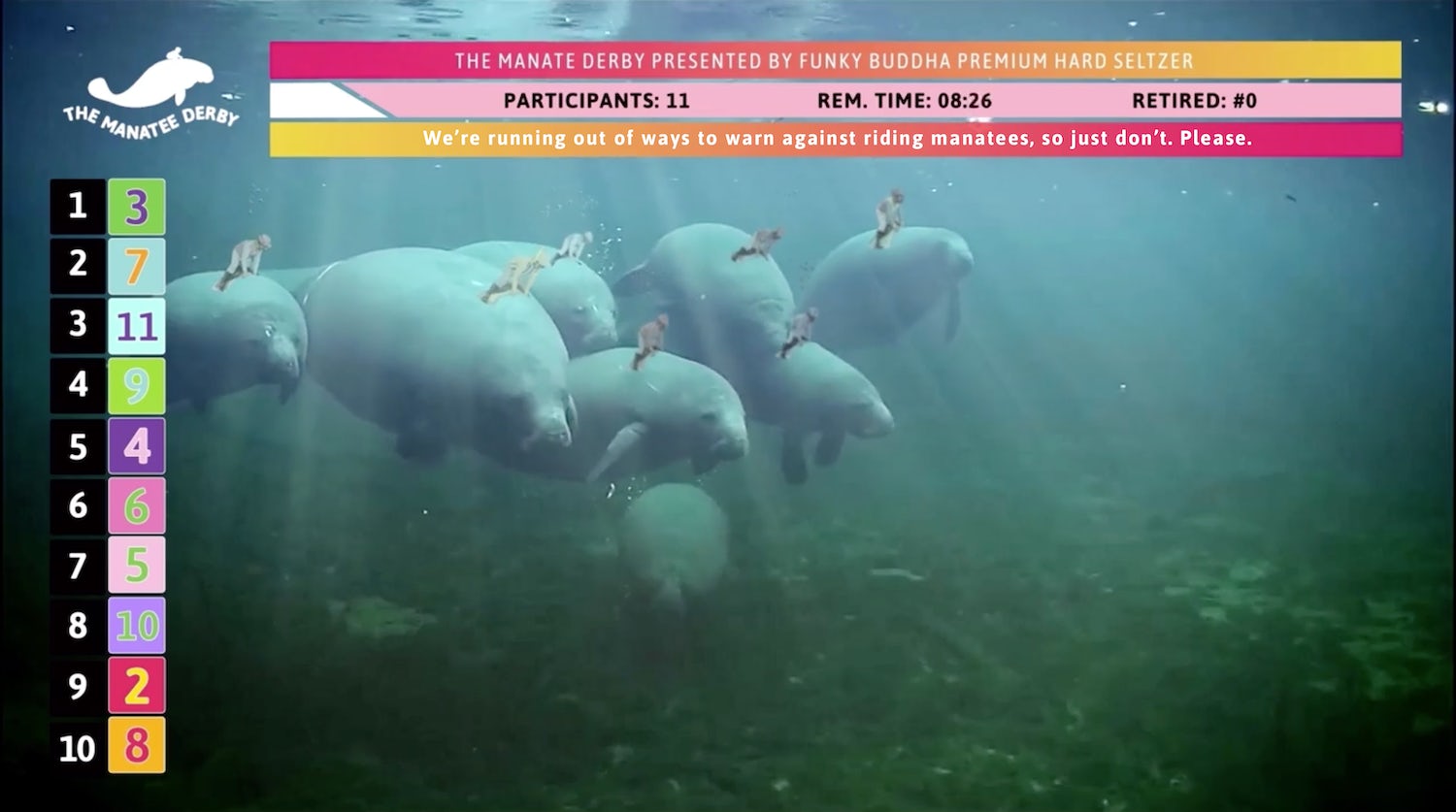 It’s all very silly but with a witty host and a half-time appearance by N Sync’s Joey Fatone and Chris Kirkpatrick, plus the race itself, it’s all strangely entertaining.

Additionally, as part of the event and partnership, Funky Buddha will donate $30,000 to the Save the Manatee Club to support research and rescue efforts, and until June 30, the brand will also be matching donations to the non-profit up to $20,000. Fans of the Manatee Derby can donate at manateederby.com.