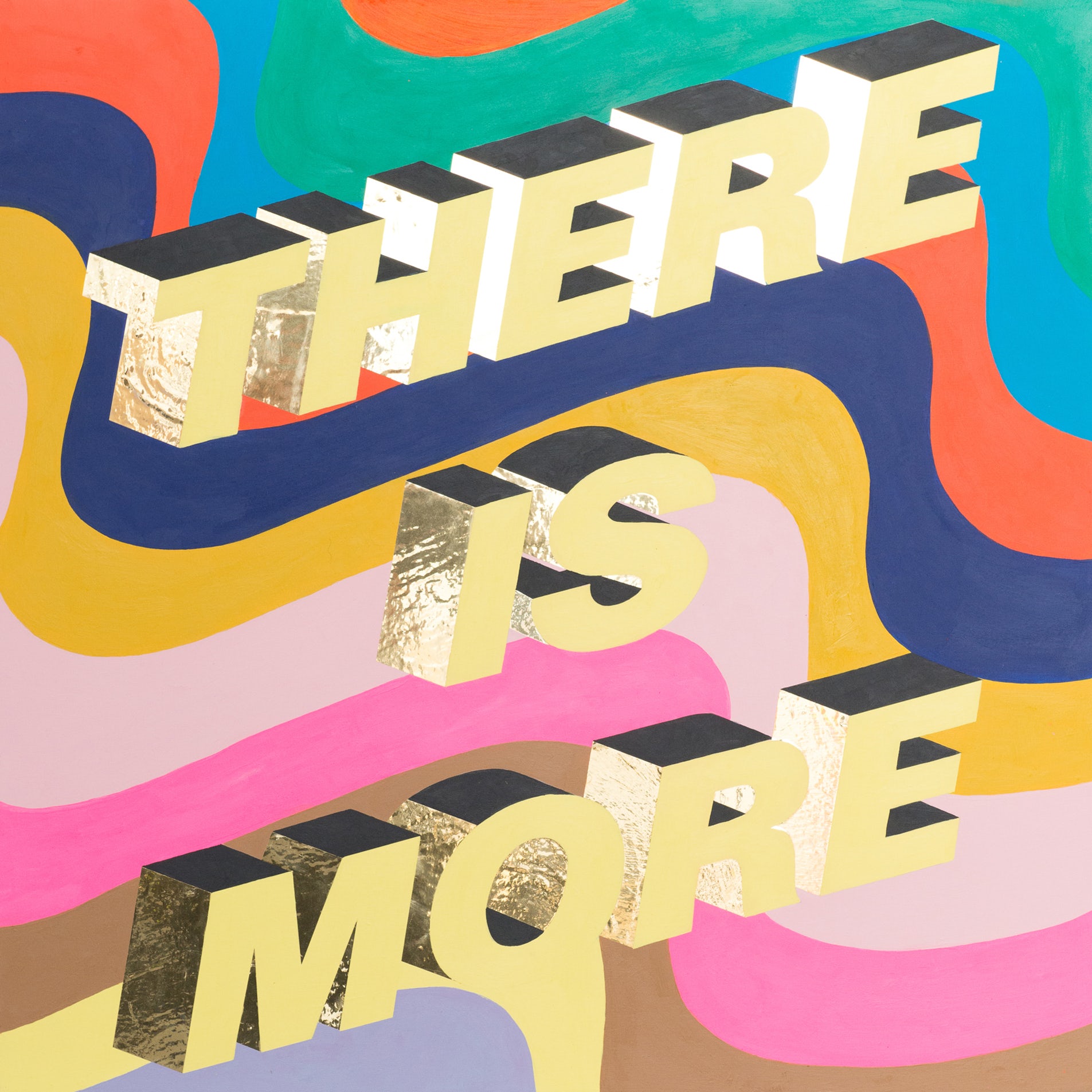 Her work combines bold colours and geometric patterns with inspiring and thought-provoking statements. A Shoreditch mural created by Maciver in 2014 celebrates ‘The Power of Girl’ while another in Kentish Town asks ‘Where did all the beauty come from?’

Her latest body of work (on display at KK Outlet from July 7 until August 31) reflects on the idea of a better future. It is filled with optimistic artworks – paintings and floor-to-ceiling murals that promise ‘there is more’ and ‘the future’s gold’ – but the exhibition also questions whether it’s possible to achieve utopia (or at least, a perfect government that works for all).

Maciver says it is inspired by themes addressed in her previous work and recent political events. Speaking to CR, she explains: “It’s a culmination of things I’ve been thinking about for the last few years. It all started in 2013 with a mural I did in Miami, which read ‘I remember paradise’. Ever since then I’ve been interested in this idea of the past and the future and how they connect. This sense of paradise lost that a lot of people from various cultures seem to connect with and then the sense of a paradise in the future. So these paintings are almost a resolution of all of these works, which have included walls in Miami, Las Vegas, and paintings in Los Angeles.” 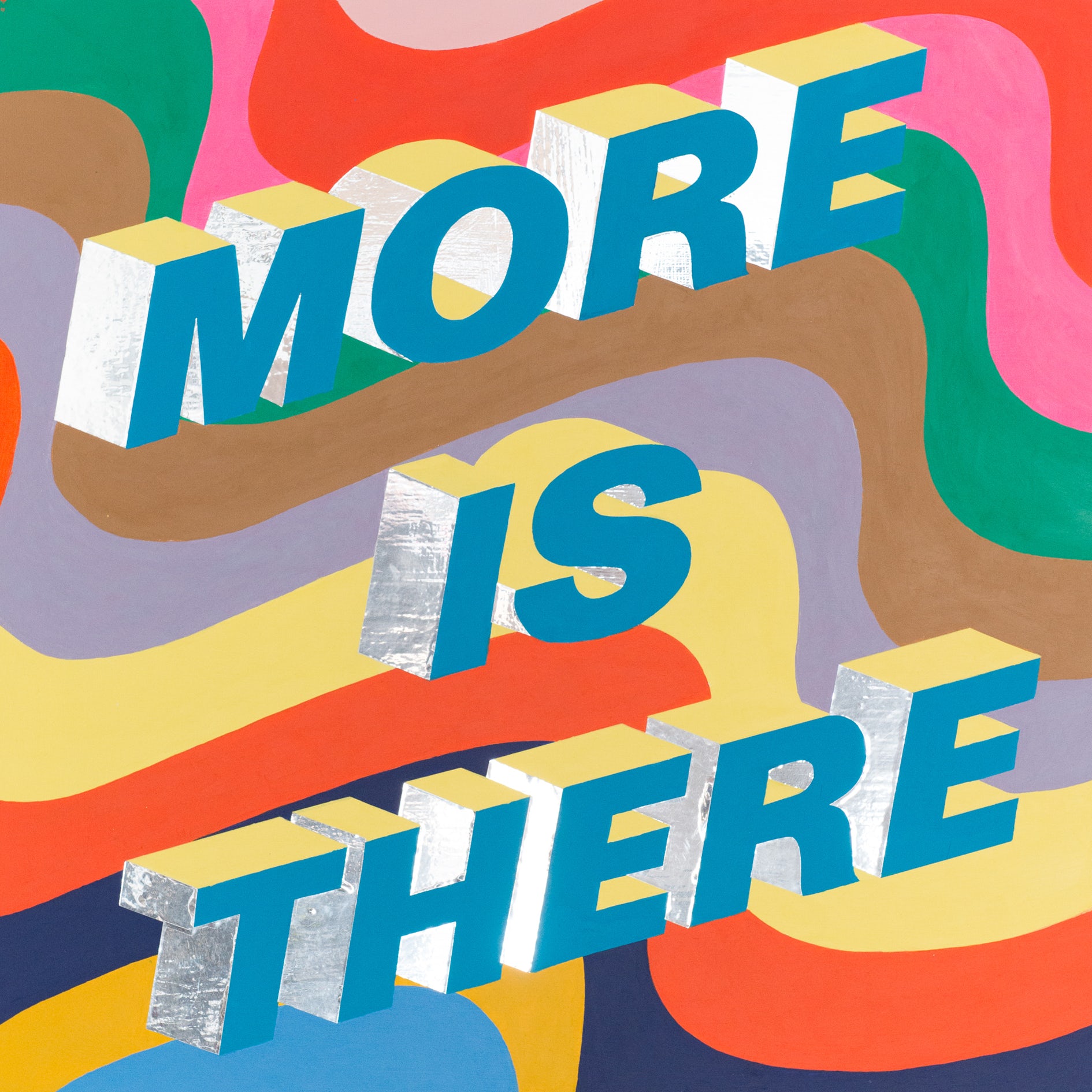 “They also coincide with all the political changes that have been taking place recently, which got me thinking a lot about government and manifestos, and what people are trying to build – essentially, a better world. As much as I’m engaged in politics, I’m also disillusioned by it, and I don’t believe anyone can deliver the utopia that we are all seeking,” she adds.

Maciver describes herself as “a bit of a pessimist” – a fact that is surprising when you look at her work. She describes the exhibition as a manifesto for a better government but doesn’t believe that we can ever build a perfect political system – in this world at least.

“Perfection is somewhat unobtainable. We are not a homogenous, robotic, one-world-nation, so we naturally strive for a distorted version of perfection. There’s a lot of people that seem to think that if all the under 30s got out and voted – and had their way – we would have the perfect government. But that simply isn’t true. We all hold different views, different values, but apparently, what we believe is what everyone else in this world should believe, and apparently that will save the world. And I just don’t believe that. I’m looking beyond this world…. These paintings are pointing to a future other-worldly government, which will be the true manifestation of these hopes,” she says. 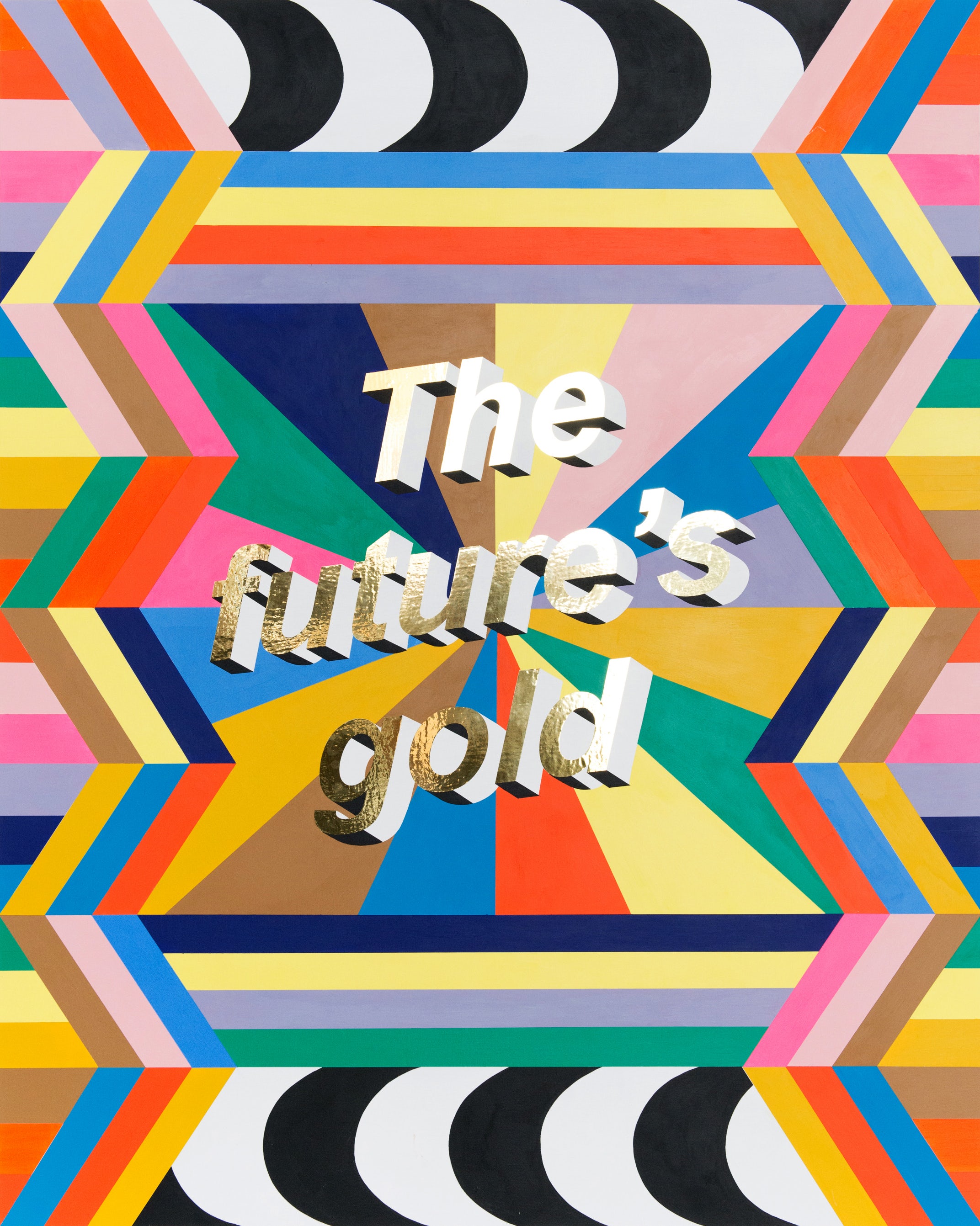 Maciver is half-English and half-Ugandan. She was born and raised in London but spent some of her childhood living in Nairobi and Addis Ababa. She studied illustration and visual media at London College of Communication and graduated in 2009.

Afrofuturism is a major source of inspiration in her work: “The movement resonates with me because there’s a lot of reference to an idealised past and future,” she says. “Coming from African Americans who found themselves looking for an escape from oppression and inequalities they were facing and looking to an idealised sense of ‘African-ness’ and an idealised future to resolve some of that. It’s very politicised.”

The work of Emory Douglas (the Black Panther’s Minister of Culture, who was placed on the FBI’s watchlist for his political illustrations) was also a key influence. “Making art began as a way of making sense of my multi-cultural identity and a way of having a voice where I didn’t feel there was a place for me,” she explains.

Finished piece!!! Had the whole community helping out painting this one. So good to have so many collaborators. Great working with you @drydeneyesmate!!!! #Lakwena

#tbt to the wall I painted in Shoreditch last year, just round the corner from the one I'm working on now. #Lakwena

“For me, this involved looking back to my childhood – much of which was spent travelling in East Africa – and using this as a way of drawing a picture of who I was. As well as using decoration and adornment (both of myself and of my work) to make a political statement about who I was and what was important to me. This idea of constructing a powerful identity in order to have a voice, and to tell your own story, seems to correlate strongly with what the Panthers and the Afrofuturists have done. And it’s something that extends to what I’m doing with this exhibition of this body of work.”

The Future is Gold opens at KK Outlet on July 7 until August 31. For opening times see kkoutlet.com. See more of Lakwena’s work at lakwena.com or on Instagram (@lakwena).