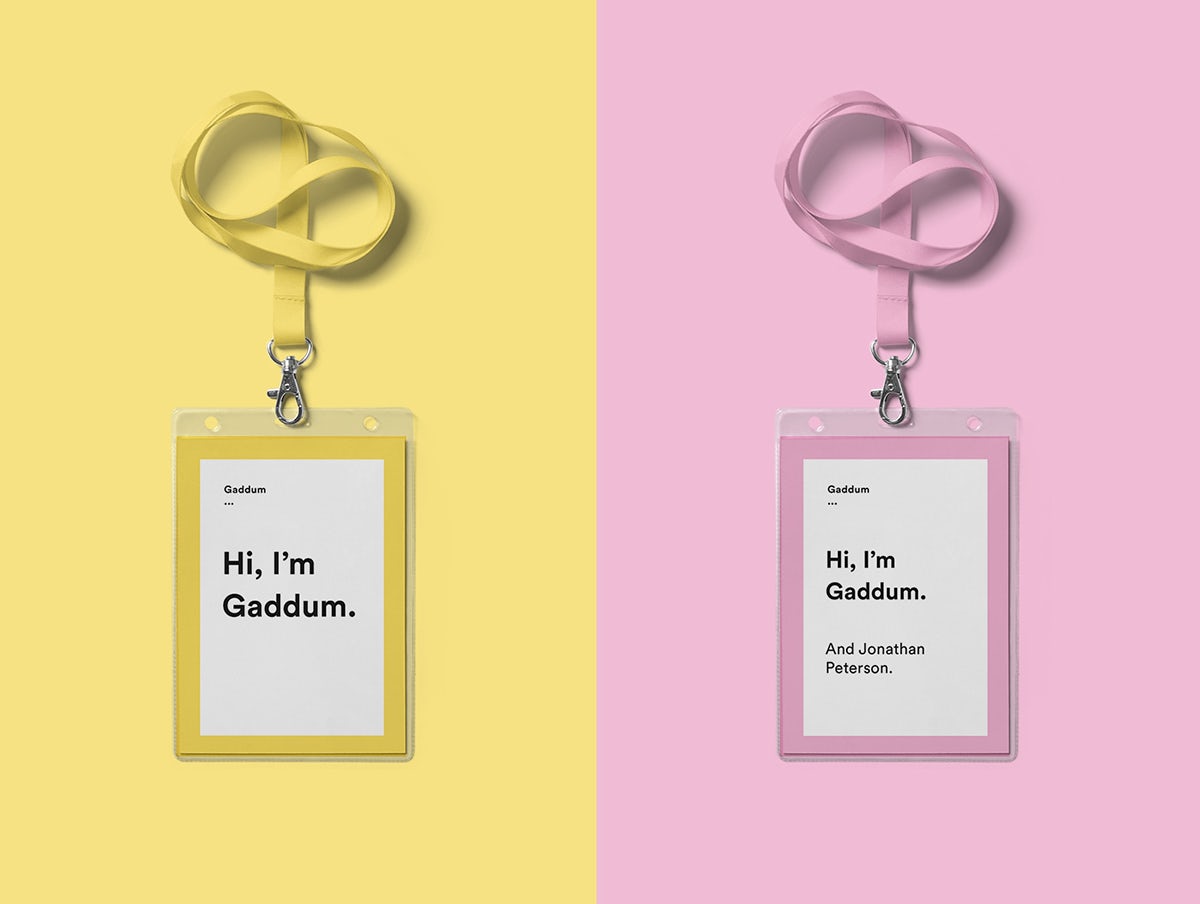 Despite being one of the oldest charities operating in the Greater Manchester area, The Gaddum Centre’s rebrand is anything but traditional.

Established in 1833, the charity provides health and wellbeing support to the local people, primarily dealing with therapy, advocacy and advisory services.

The new branding, conceived by Manchester-based agency True North, resembles the simplistic, type-based design that currently prevails in tech start-ups. Here, it aims to give Gaddum a friendly, approachable demeanour, reflected in both its clean aesthetic and the choice of pastel hues.

The conversational element is then evoked through the repeated use of an ellipsis, which many – particularly digital natives – will recognise as a dialogue marker on smart phones. 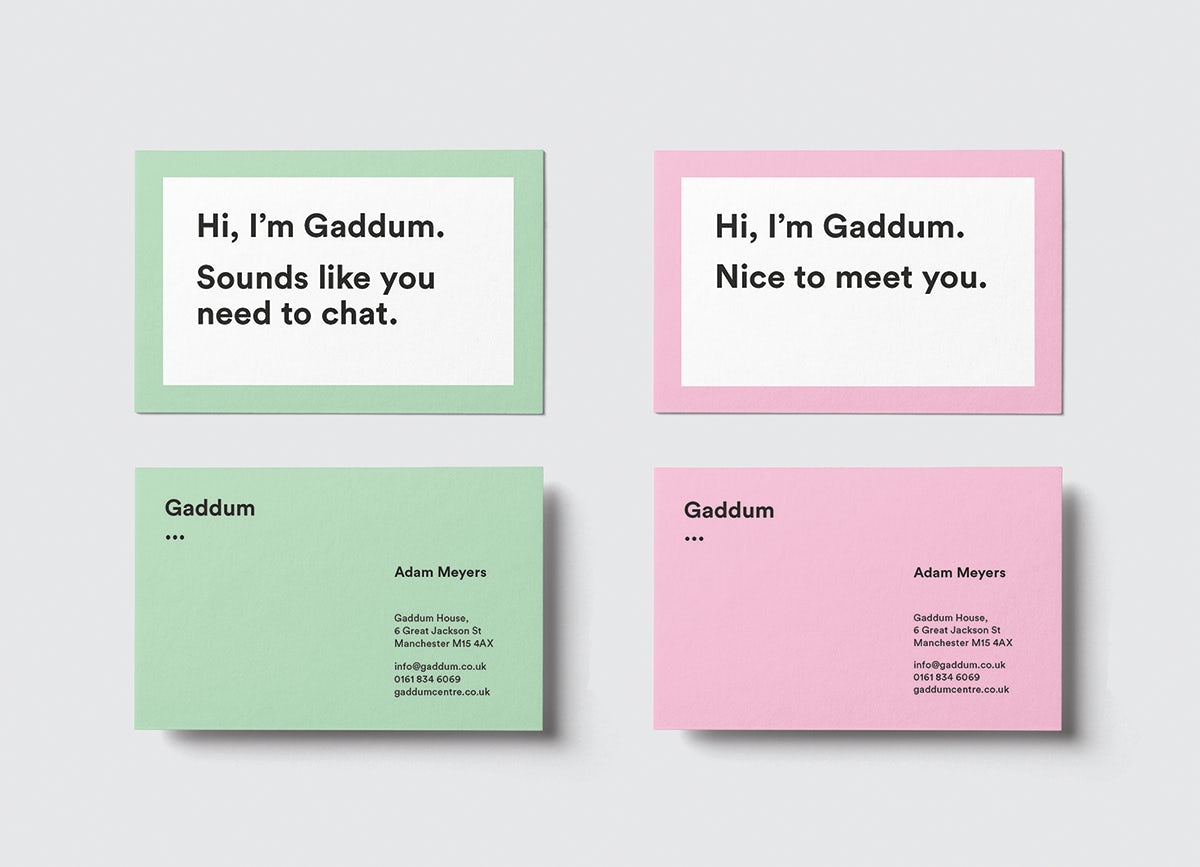 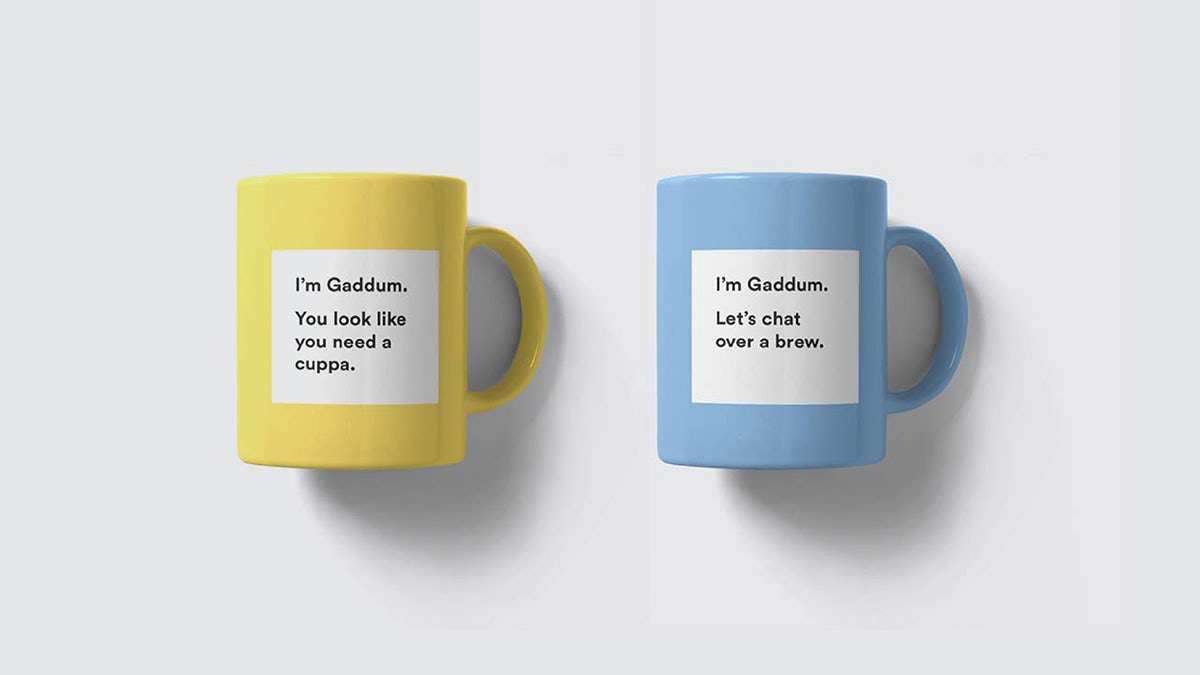 Gaddum’s new tone of voice and the broader concept takes inspiration from its beginnings nearly 200 years ago. “Presenting Gaddum as a supportive, nurturing individual is a faithful link to the origins of the organisation and to its first President, Harry Gaddum,” says Ady Bibby, MD of True North. “Founded by a group of ‘spirited men’ in 1833 to help mill workers with their health and wellbeing issues, Gaddum has kept the same ethos ever since.”

At first glance, the language might seem to invite visions of an AI chatbot rather than a friendly human waiting on the other end of the line, however it indicates the organisation’s broader ambitions to eventually revisit its digital presence, with the potential for a more interactive feel rather than a traditional website navigation.

Gaddum’s new identity marks the continued transformation of branding in the world of charities and NGOs. While the sector has been comparatively slow to adopt modern design trends and shift age-old narratives (not surprising given the constant battles for funding and support, which naturally places strain on marketing and branding initiatives), recent years have seen a spate of charities produce fresh identities, no doubt to broaden their public appeal and resonate with wider audiences.