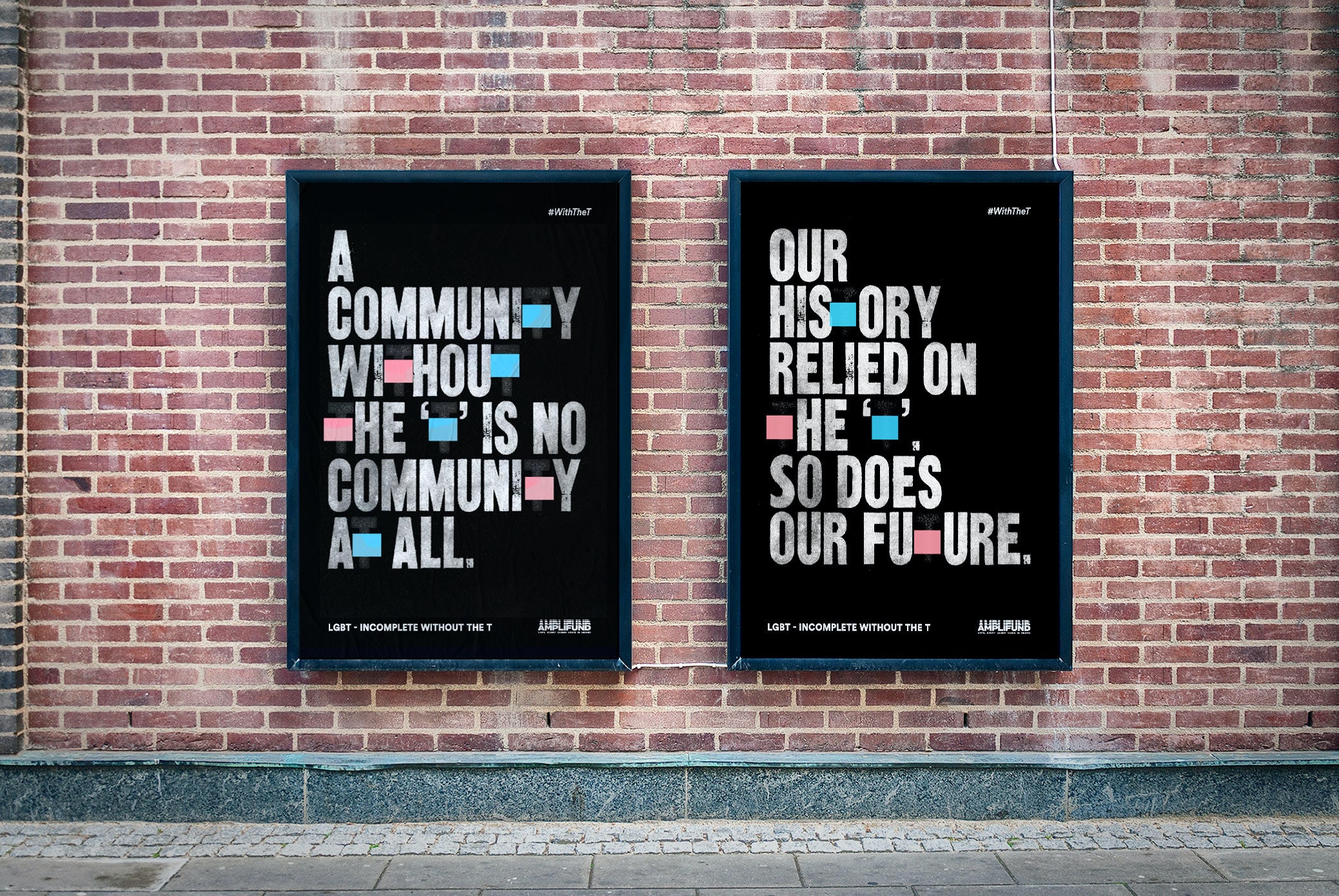 The Gay Times’ charity Amplifund launched the Incomplete Without the T campaign in response to increased transphobia and the prevalence of hate against the trans community in the global media, plus a recent call from the LGB ­Alliance for the T to be removed from LGBTQ+.

The idea behind the campaign was to remove the letter T from a range of different texts and communications, in order to demonstrate that when you erase a letter from any word, in any language, you remove both the comprehension and the unity behind it – and the same is true when you remove the T from LGBTQ+.

The campaign launched during Trans Awareness Week at the Gay Times Honours Awards event, where an incoherent voiceover speaking with all the Ts removed from their speech was heard by an audience of over 1,000 LGBTQ+ com­munity members and allies. This was then followed by the Incomplete Without the T film, ­posters and social posts. 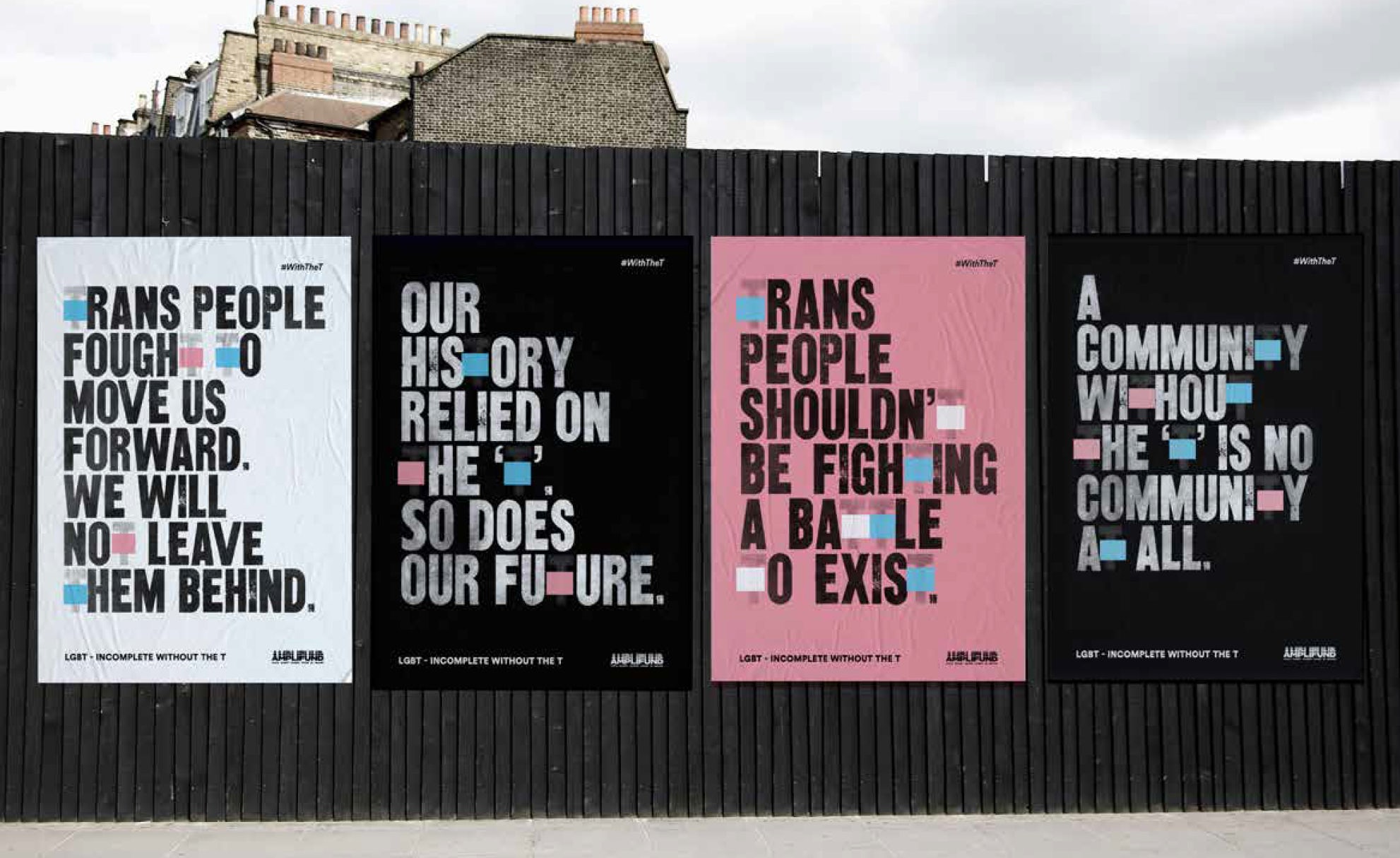 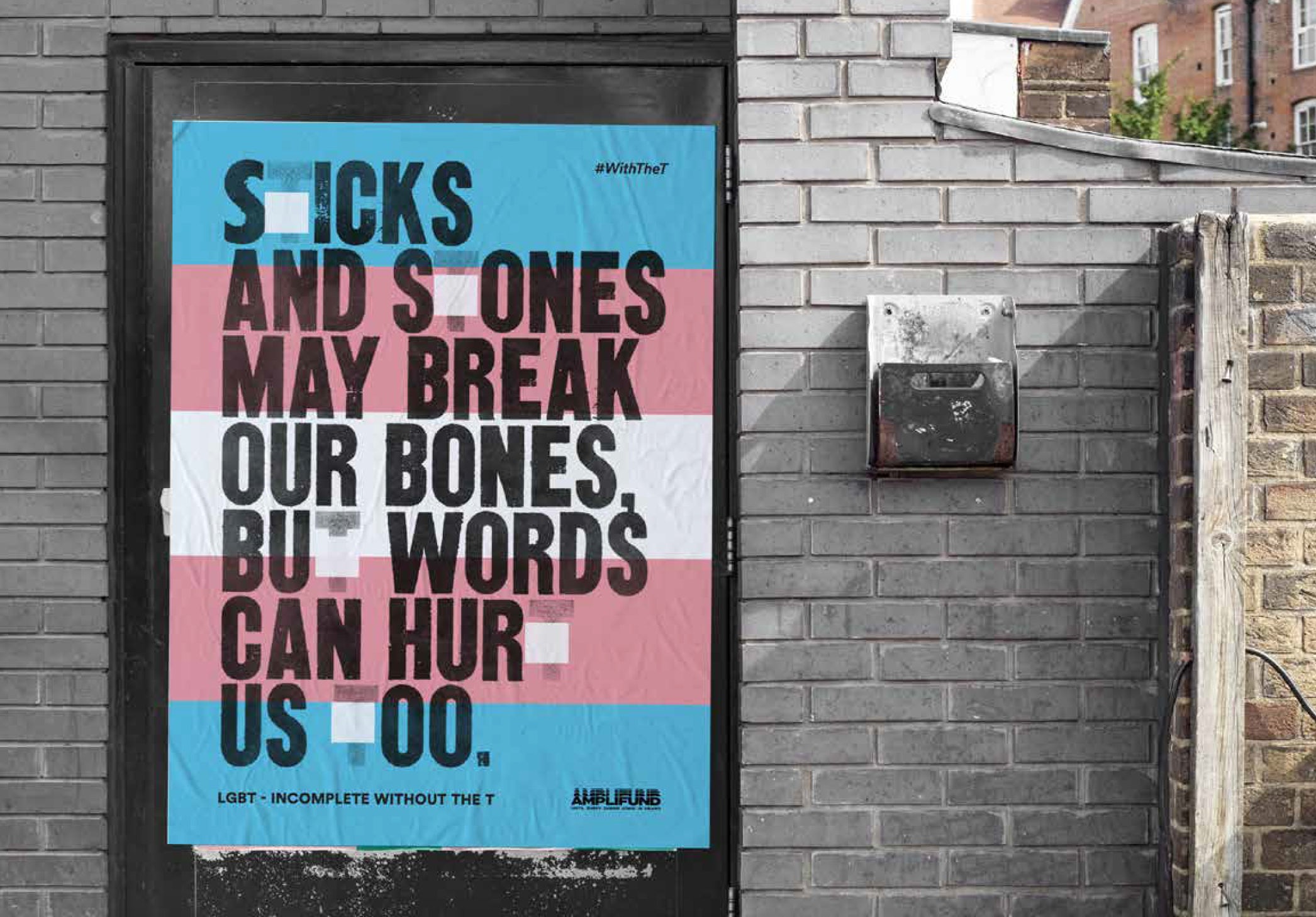