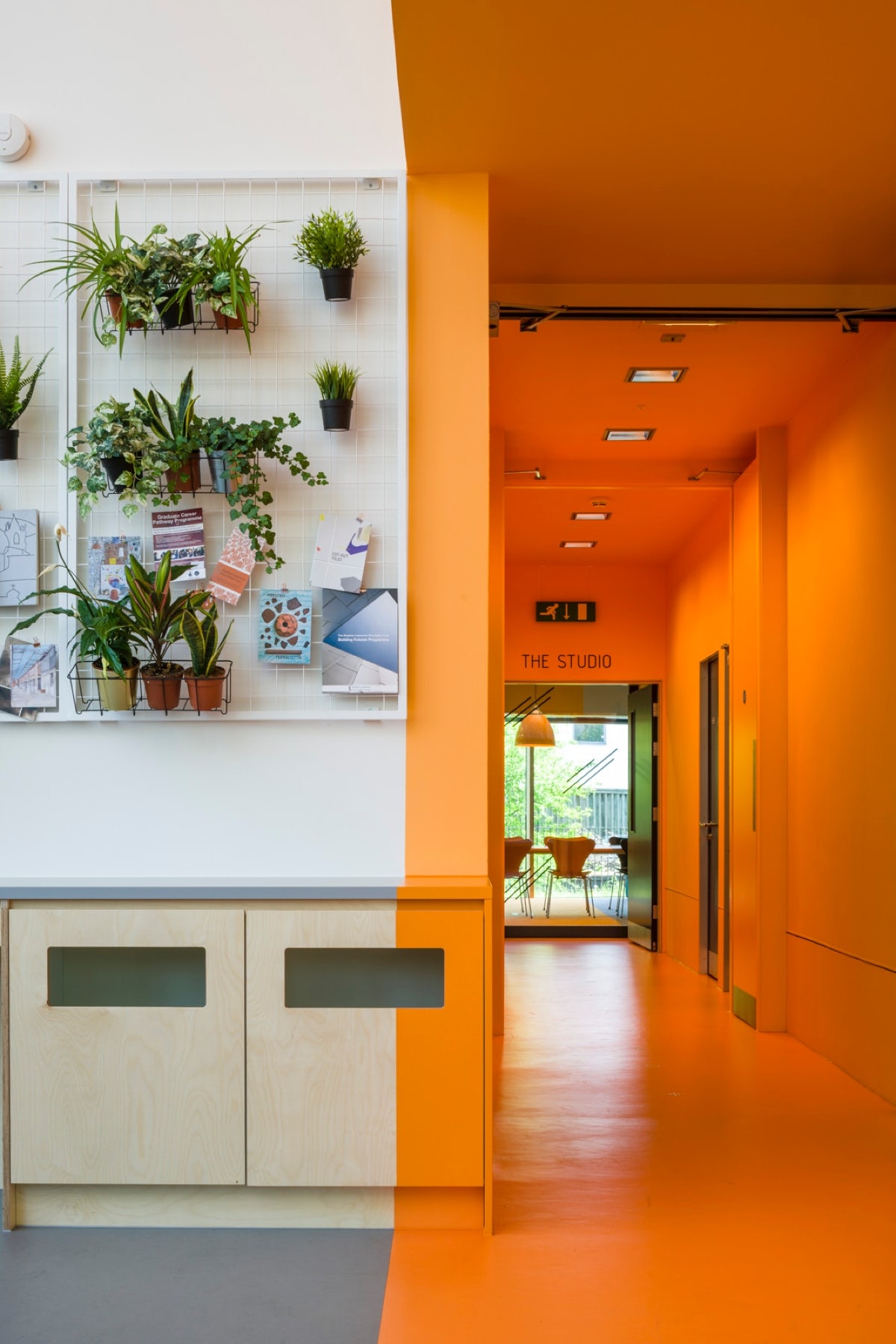 The space is designed to support startups working in the built environment, giving them an affordable place to launch their business, as well as collaborate with others. It builds on the wider goals of the centre – opened 20 years ago as an educational centre and memorial to Stephen Lawrence – to help people from under-represented backgrounds to become architects.

Gensler, which contributed its services for free, designed the wayfinding and interior graphics for the co-working space. Splashes of orange – Lawrence’s favourite colour – connect the three levels of the space, framing corridors and striping across floors. 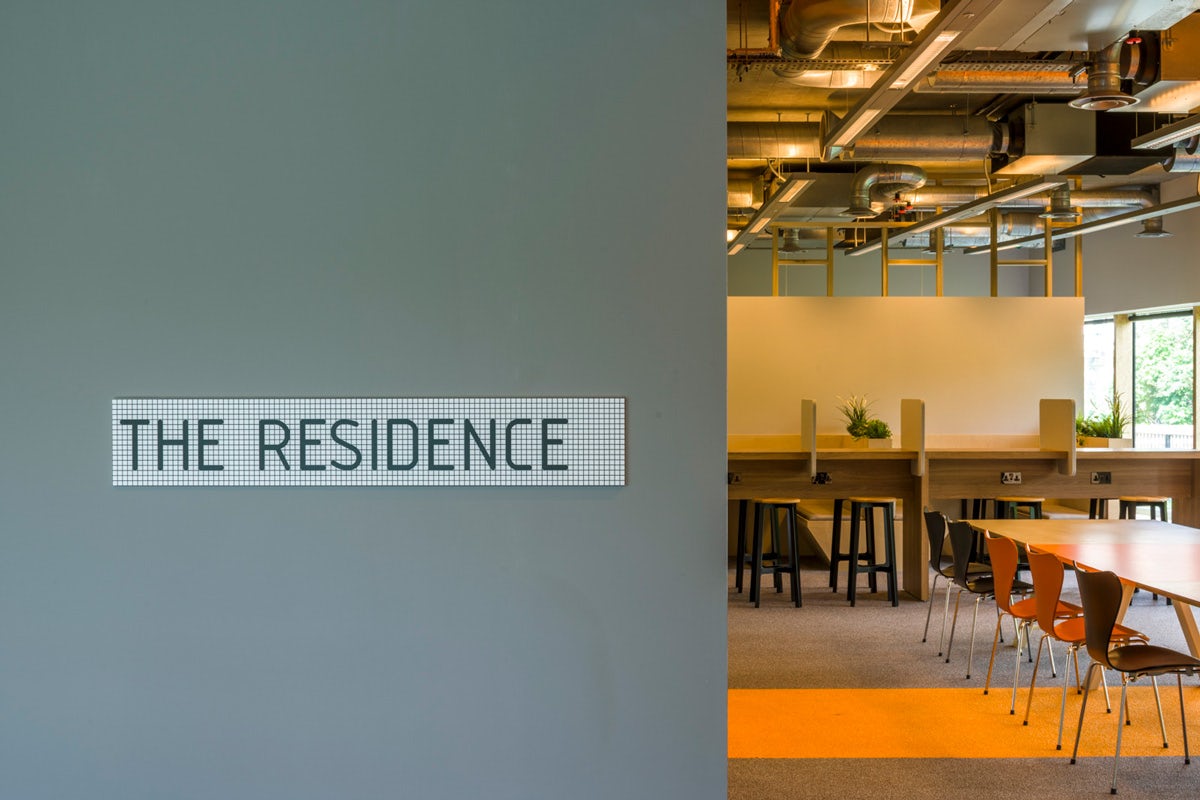 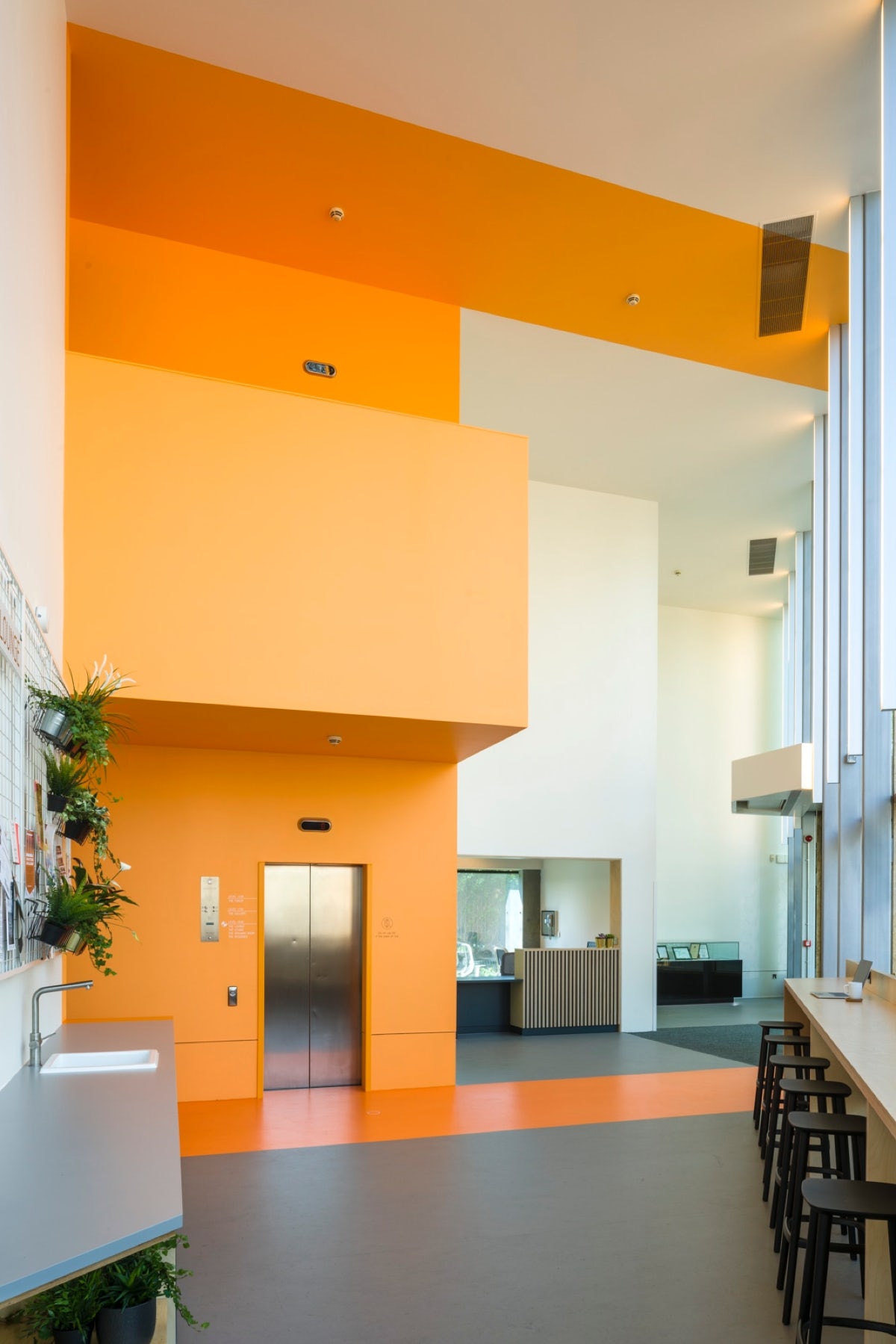 “The design is an evolution of the emotional response the centre once evoked,” says Gensler graphic designer Ángel Sánchez. “With an open and bright interior concept, the new co-working hub is a manifestation of the emotional and physical healing process. We focused on opening up the space to create a feeling of collaboration and flexibility within the co-working facility, whilst being sensitive to and retaining the spatial purity created by the original design.”

Gensler has added new windows connecting the main atrium and rooms at the centre of the building, and designed a set of architectural motifs – which nod to Lawrence’s own ambitions to become an architect.

“We set out to create a place that promoted a sense of belonging for the architectural community, so by using technical drawing symbols and applying them within the space in a very literal way, we were able to create a space which resonated with the buildings users,” adds Sánchez. 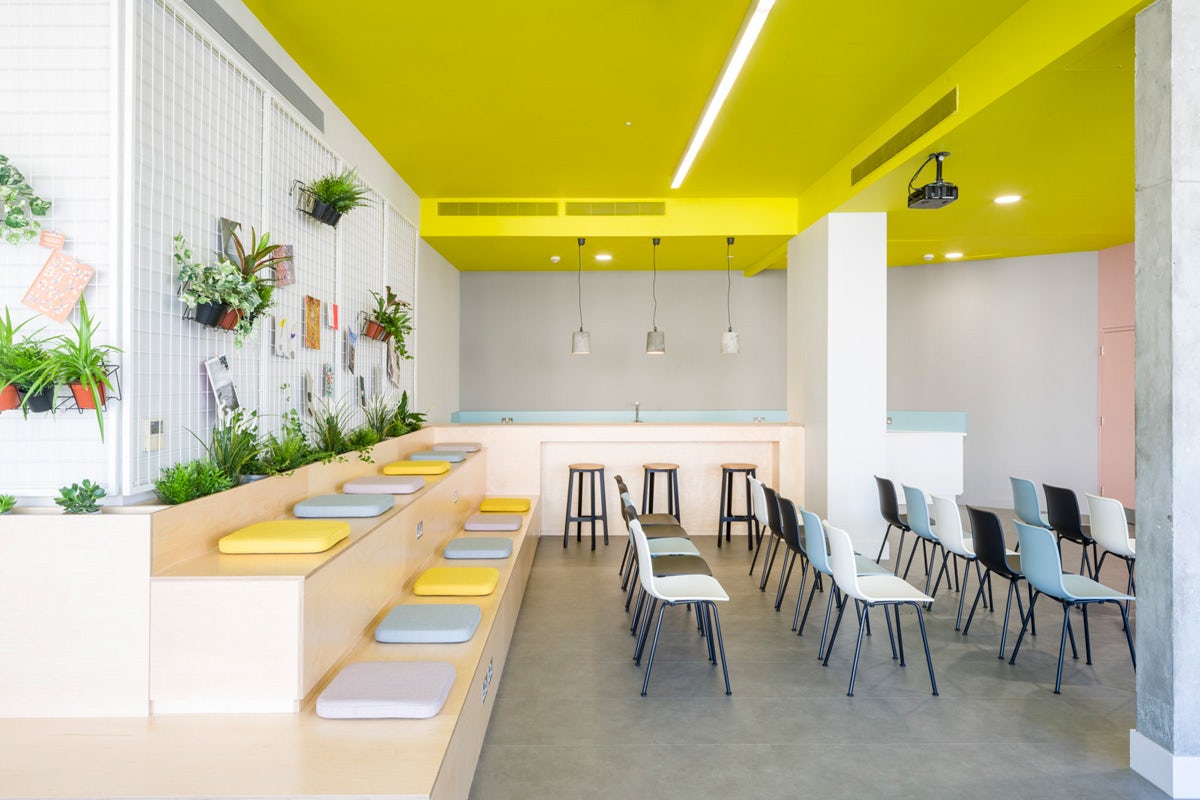 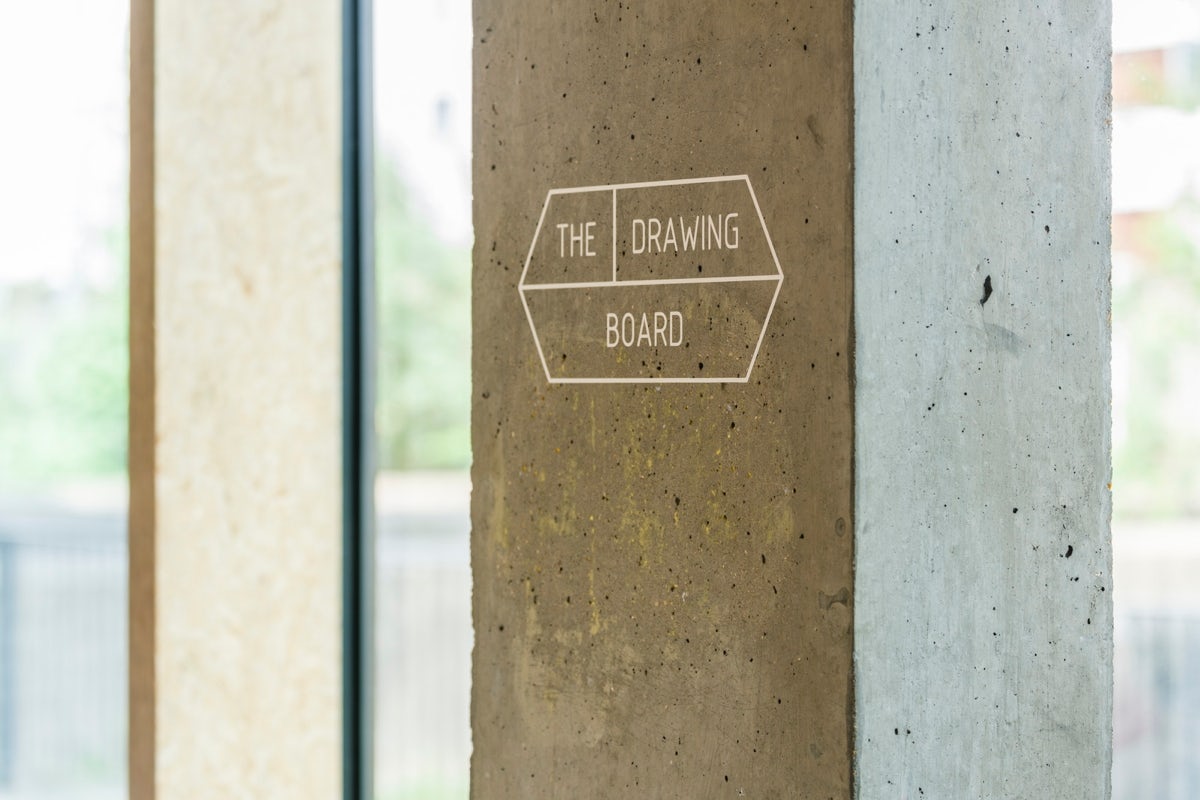 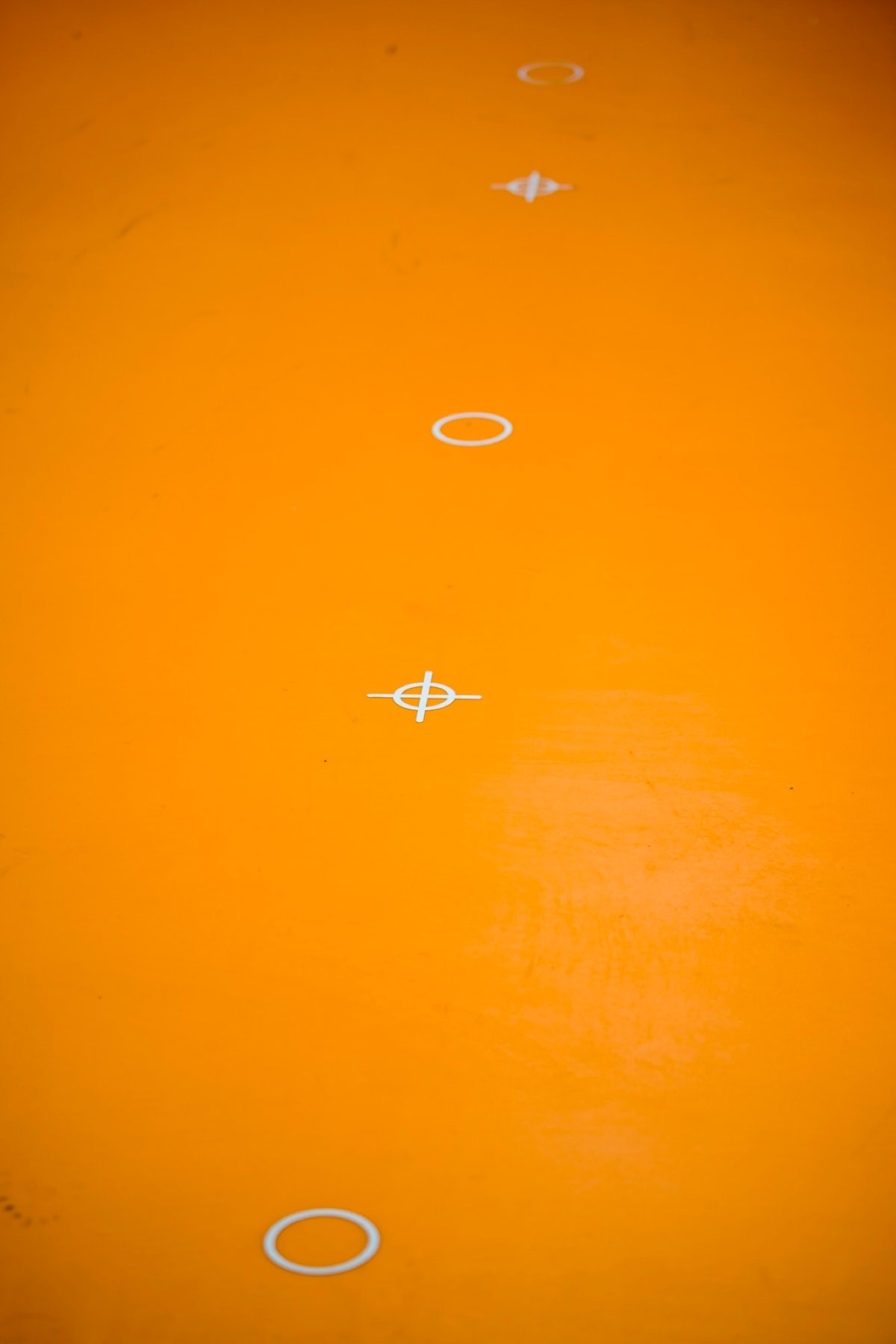 “It’s humorous for anyone who has seen an architectural elevation because it’s out of scale and out of context, which adds an element of playfulness and works well with the character of the interior design. The monochromatic colour palette honours technical drawings and complements the colourful interior scheme.”

Memberships for Your Space start at £30 for a single day, with options to join as a co-working member at £250 per month, or a resident at £350 – which means members can reserve a workspace.