Written by Angus Hyland and Kendra Wilson, The Maze: A Labyrinthine Compendium proves there’s far more to the story of the labyrinth than just the Minotaur and Ariadne’s ball of wool.

The book covers a diverse set of examples of mazes, featuring everything from a mosaic labyrinth in an Algiers church that dates back to AD 324, to the Baroque-style yew maze of Stanley Kubrick’s The Shining.

Each labyrinth has its own double-page spread, which delves into the story behind it and how it fits into the maze tradition, for example the oft-repeated seven-circuit layout. French artist Thibaud Herem has contributed illustrations to the book, drawing aerial views of mazes’ various layouts that are shown alongside a useful feet and metres scale.

Examples come from all over the world, and are accompanied by key facts about the history of the maze tradition, including why they were built – apparently for several reasons including pagan or religious purposes, and in one case to keep a wealthy family’s 12 children entertained. The book also clarifies the difference between maze and labyrinth – the former being a multiple choice puzzle, and the latter having only one path.

There’s some juicy titbits to be gleaned, for example how Kubrick made his Overlook maze look much bigger than it really was, or how a Paris yew maze labyrinth was planted to cover a medieval rubbish heap (later becoming a safe haven for clandestine meetings).

Some, such as the black and white marble labyrinth in Cathedrale de Notre-Dame d’Amiens, have a more obvious link with graphic designers’ work, but there’s still pleasing connections to be found in the geometric grids that underpin the more traditional hedge mazes. 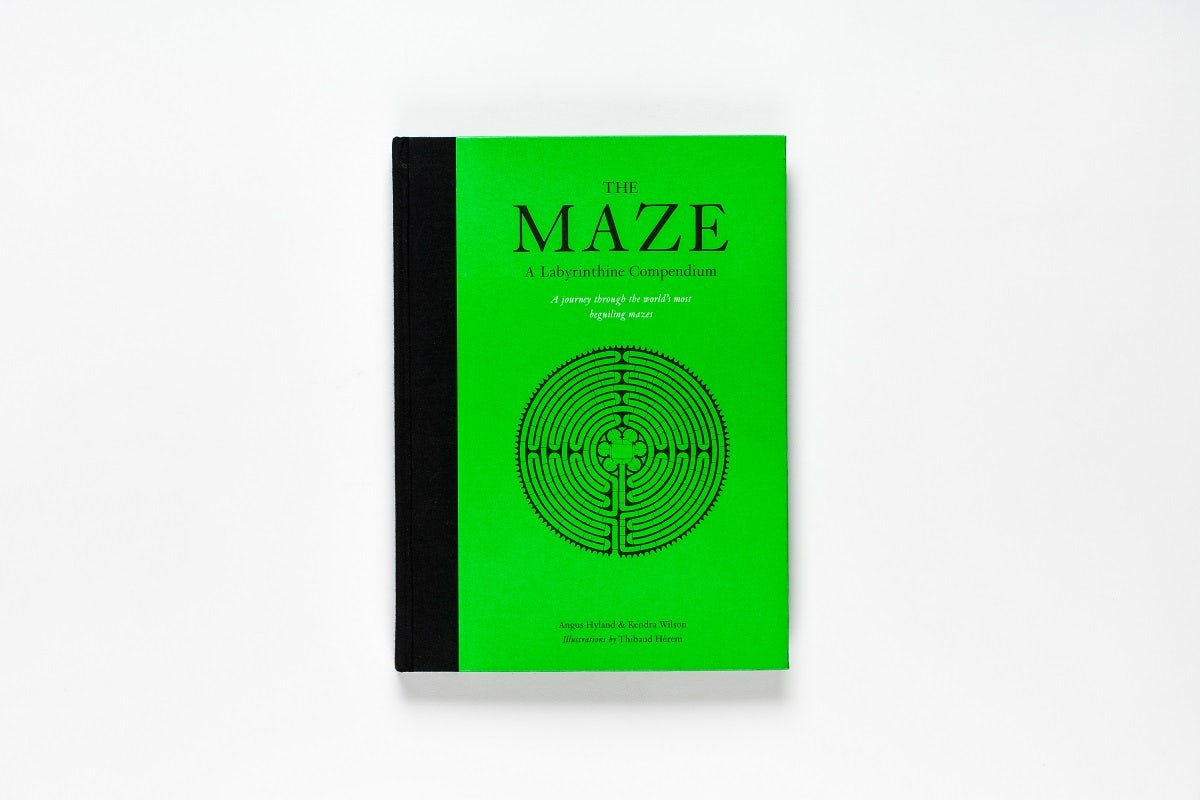 The Maze: A Labyrinthine Compendium is published by Laurence King; laurenceking.com