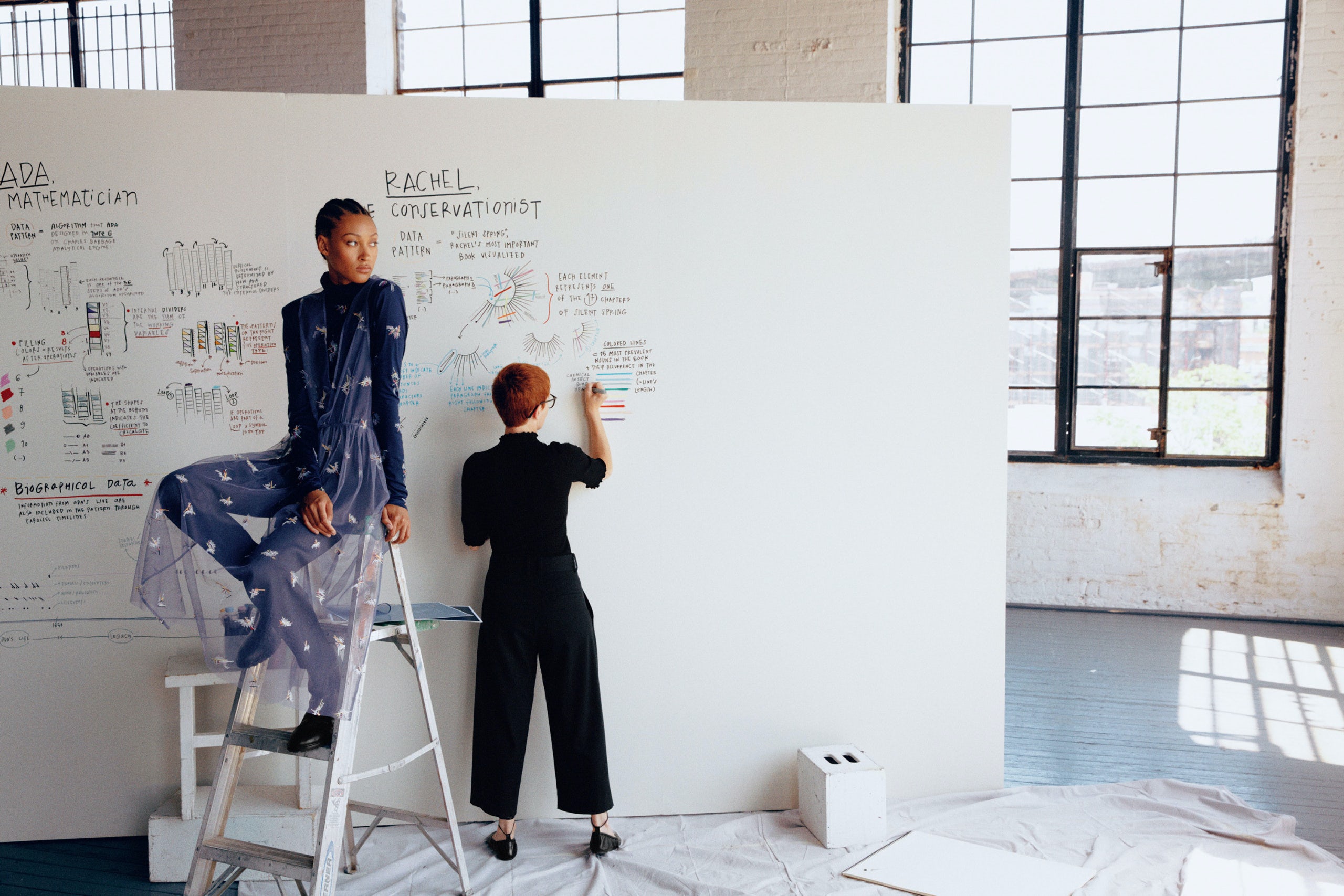 In her work, Pentagram partner Giorgia Lupi seeks to humanise data by uncovering the stories behind the numbers and statistics. Lupi collaborated with the fashion brand & Other Stories on a ready-to-wear collection that makes data accessible in a whole new way – by making it wearable on garments that incorporate her hand-drawn data patterns. The patterns are inspired by the lives of three trailblazing women: Ada Lovelace, recognised as the first computer programmer; Rachel Carson, the writer and conservationist who helped pioneer the environmental movement; and Mae Jemison, the physicist and former NASA astronaut who was the first African American woman in space.

Lupi was invited to develop the line as one of the brand’s special ‘Co-lab’ collections, which are co-created with a different artist or designer every year. (Previous Co-labs have featured Rodarte, Rachel Antonoff, Kim Gordon and Lykke Li.)

After selecting Lovelace, Carson and Jemison as her subjects, Lupi researched their lives and accomplishments to find a focus for their individual data sets. These variables were then translated into a series of simple graphic elements – shapes, colours, lines – that were used to form distinct abstract data patterns for each woman. Lupi then worked with the apparel designers at & Other Stories on ways to integrate the data patterns into the various garment types, including knits, dresses, blouses and coats. 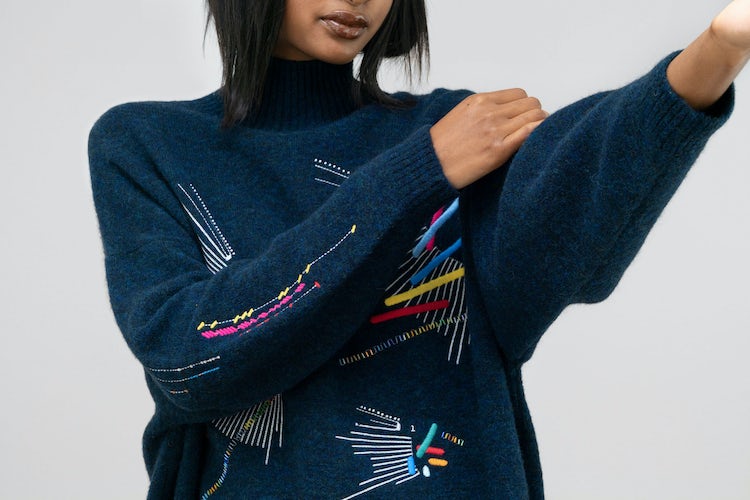 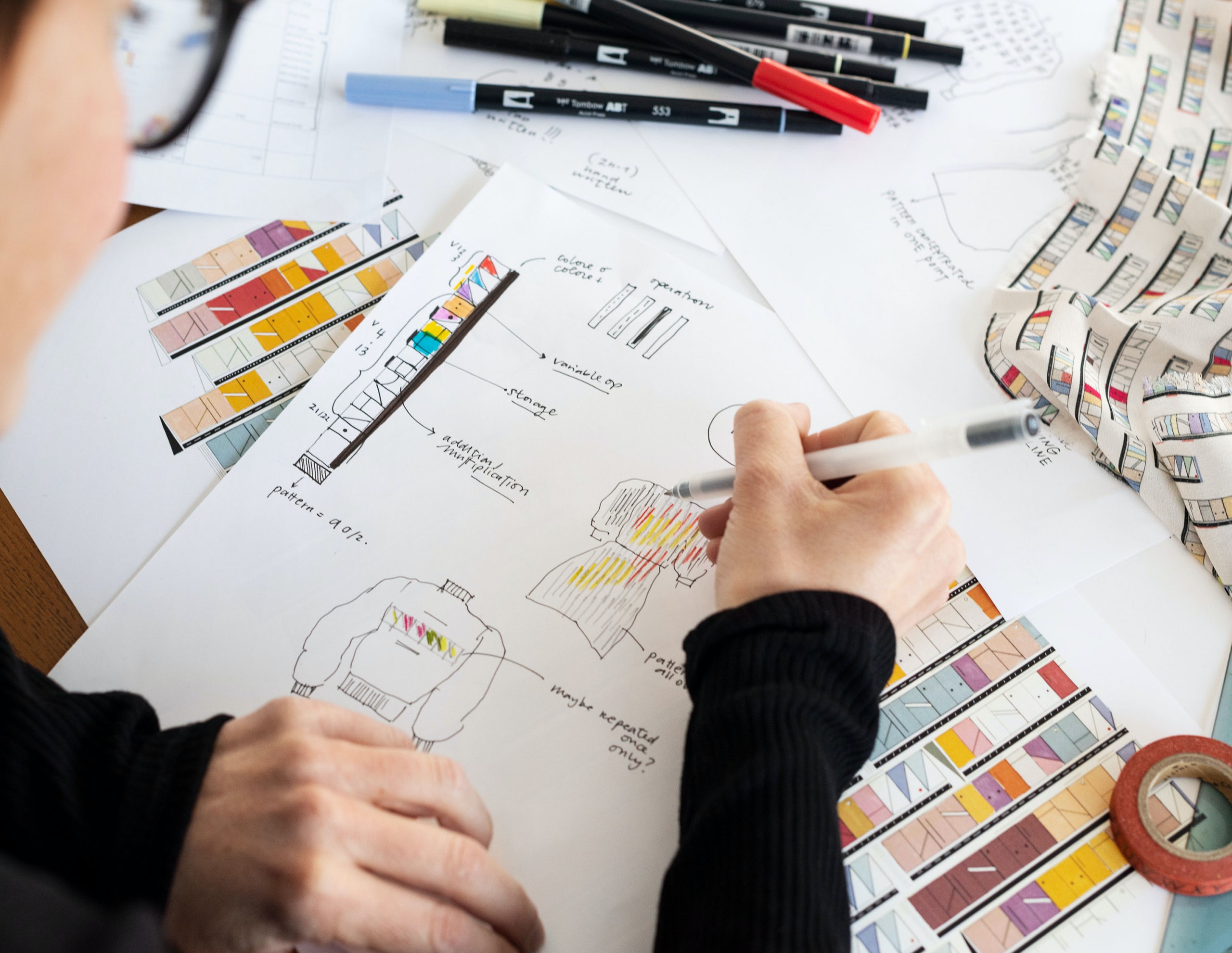 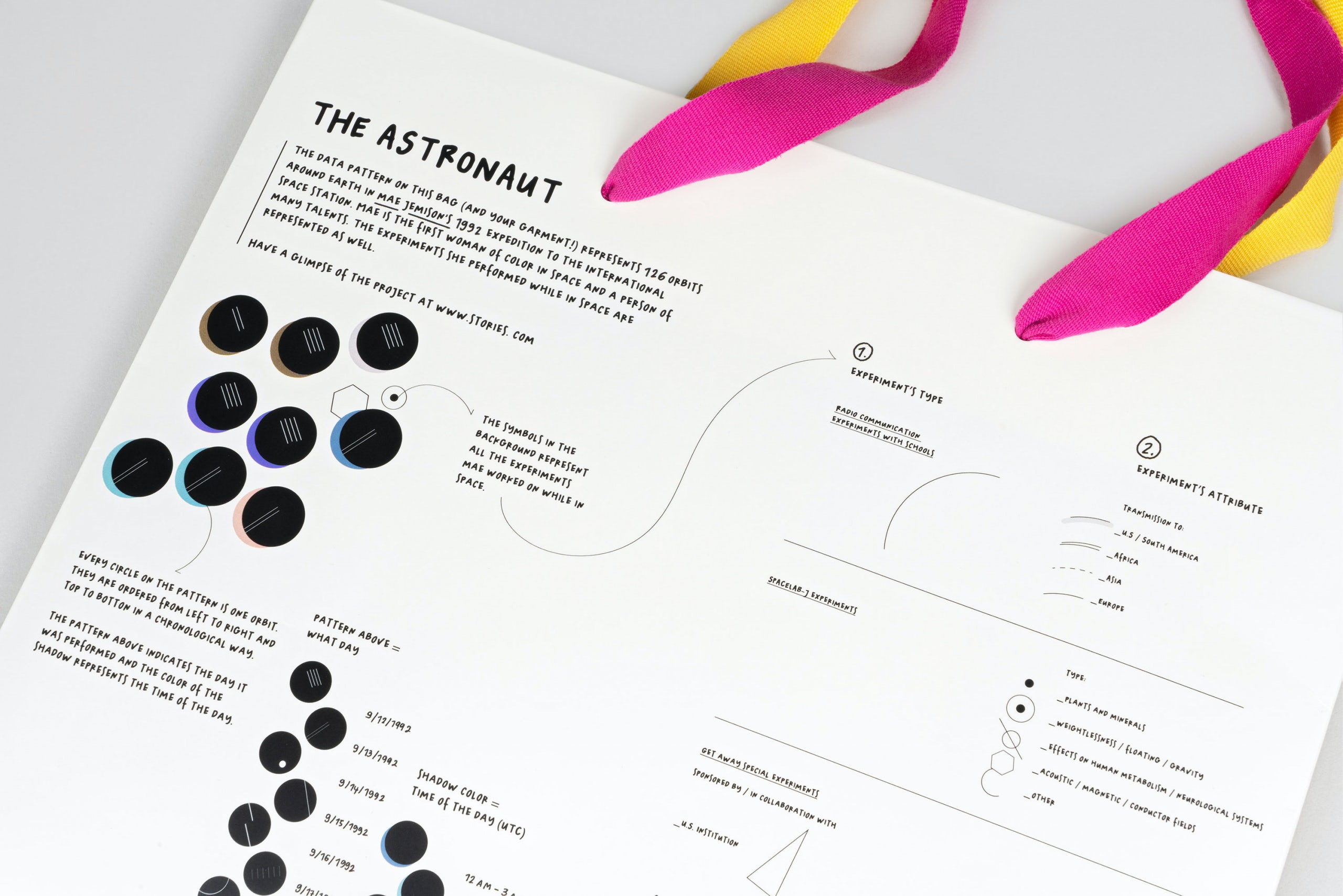 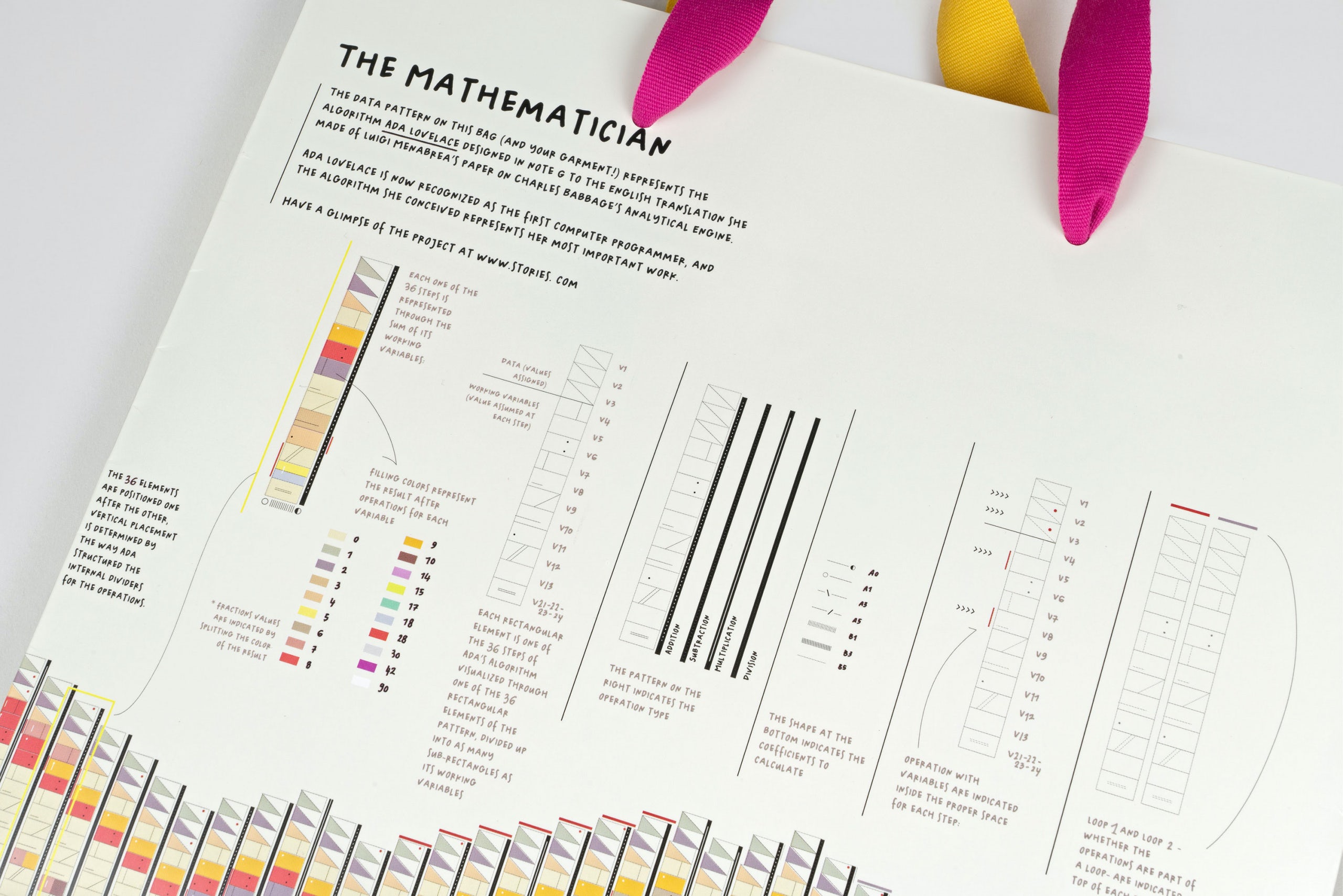 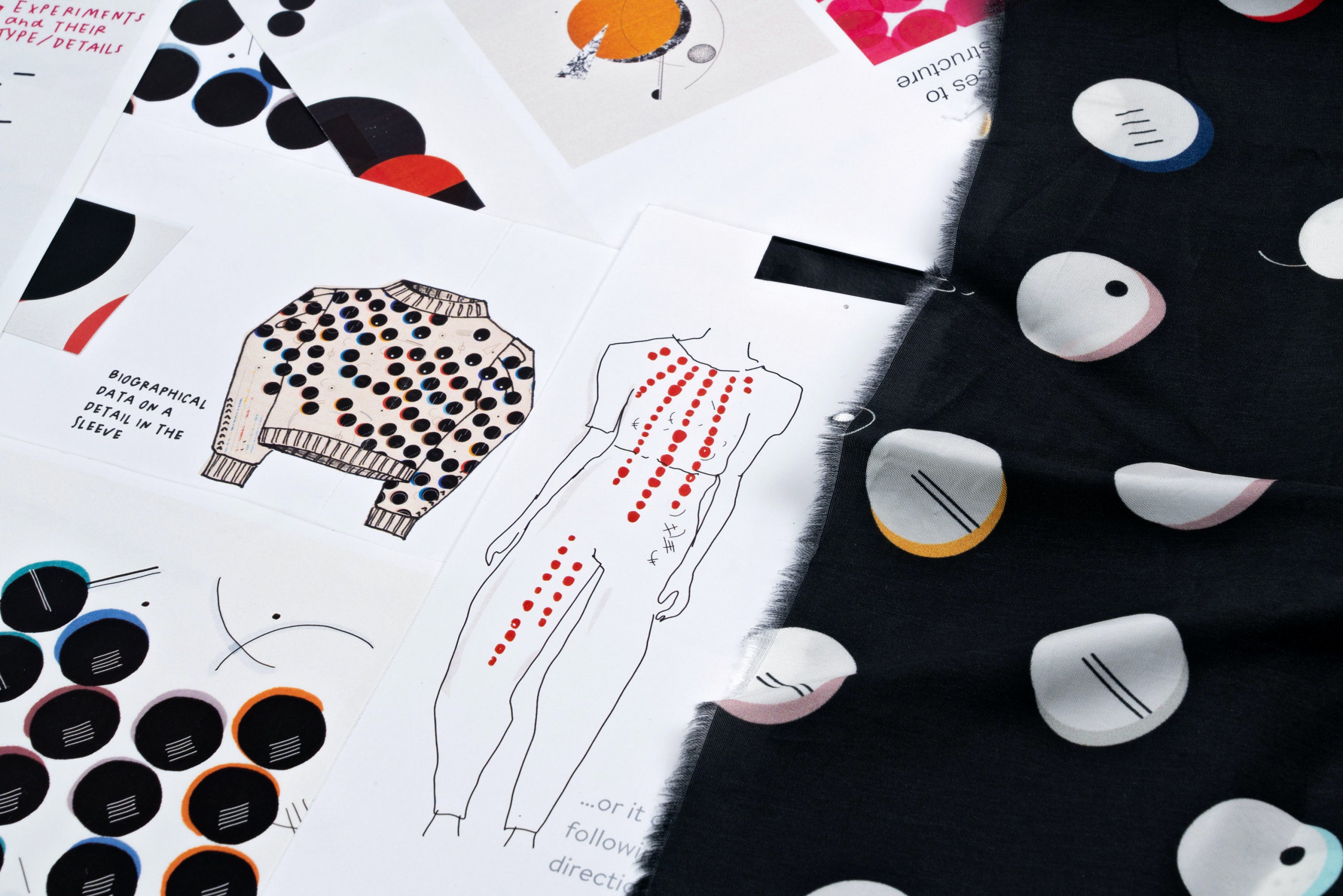 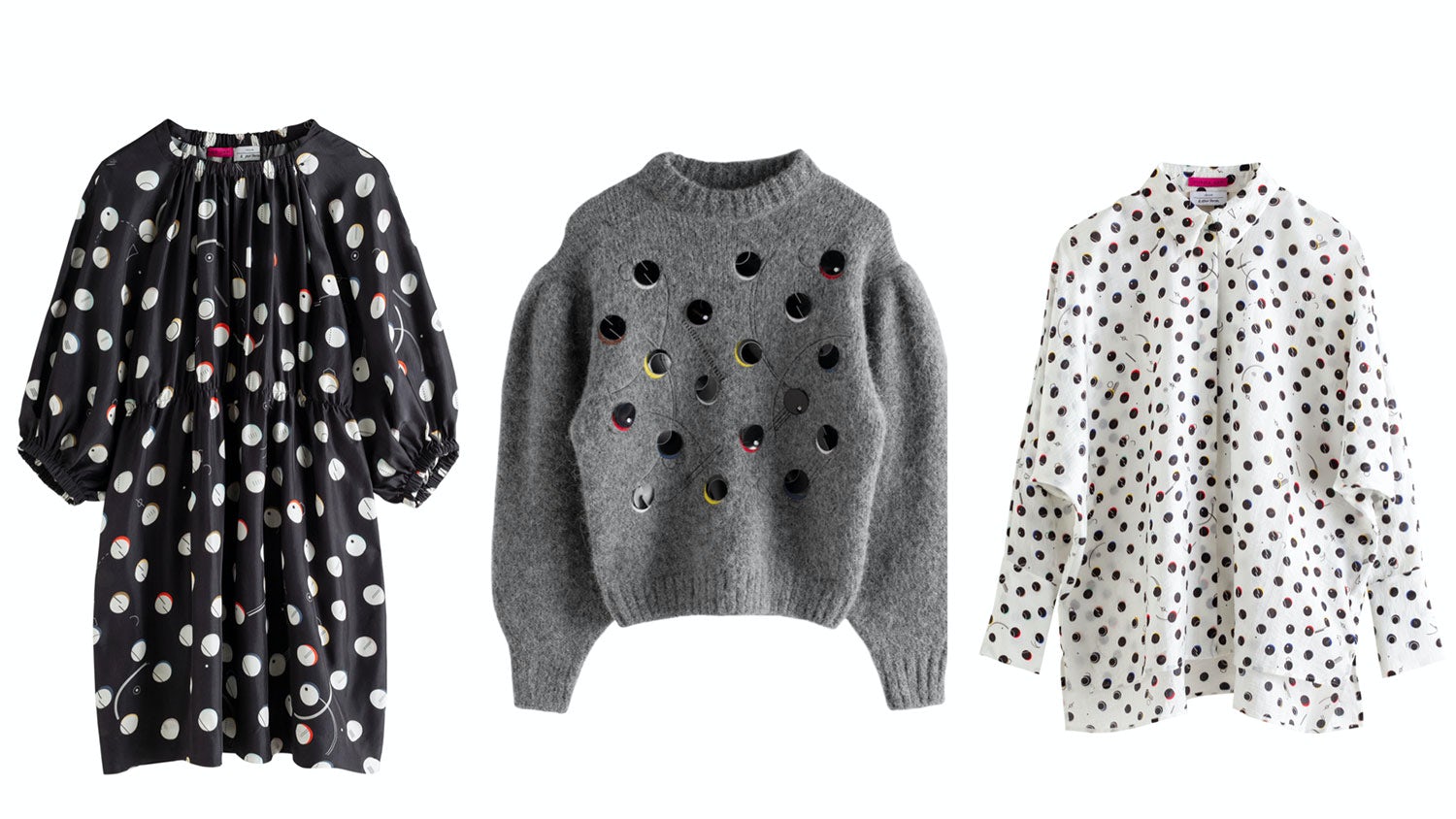