Though known for their individual work, filmmakers and brothers Michel and Olivier Gondry have also become celebrated for their joint projects such as their numerous videos for The Chemical Brothers over the years. The fusing of their styles and techniques is always exciting and for their latest venture, the duo have created an animated music video for British rock band Idles, and their new single Model Village.

The track is a socio-political statement on how the small-town mentality often found in the UK isn’t just limited to small towns and highlights the dangers that can come with that. 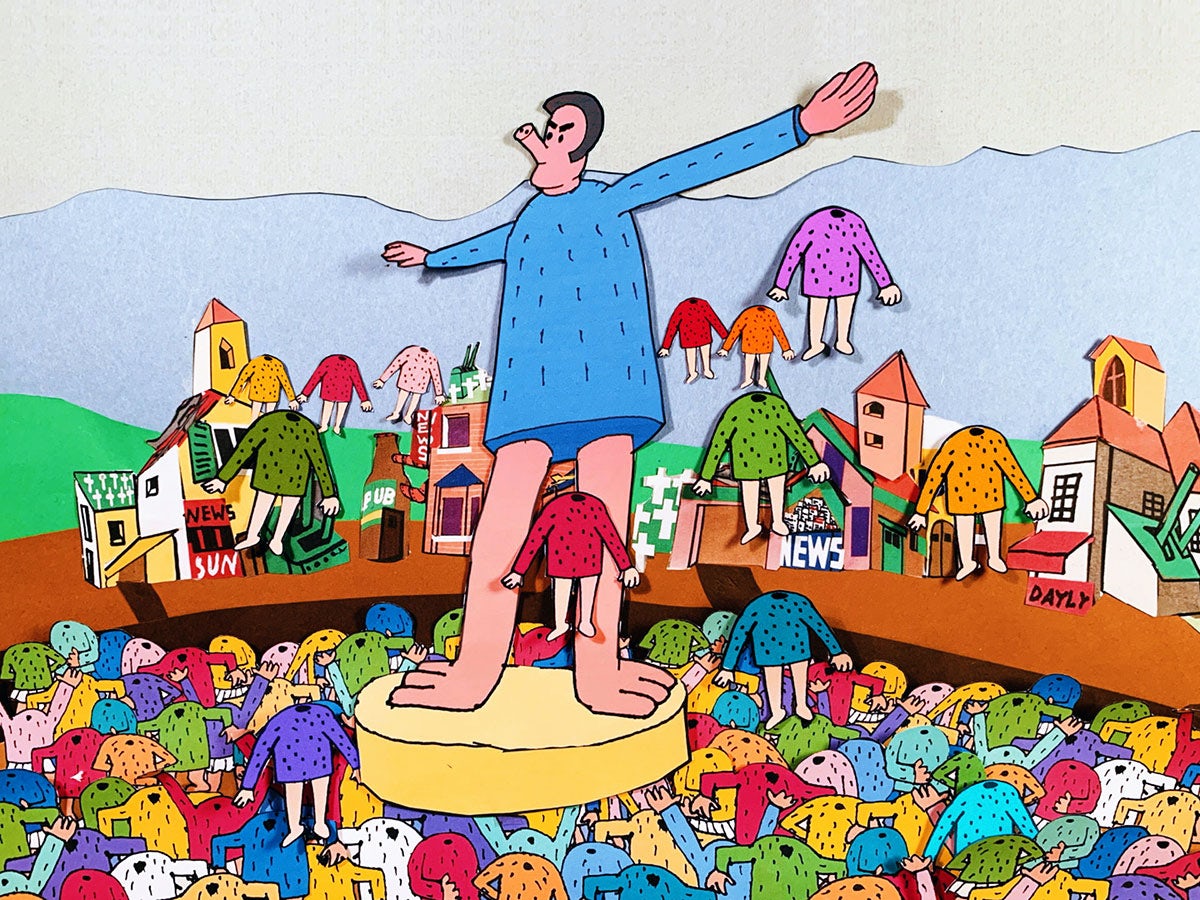 “I hated growing up in a city that was really a town that was really a fishbowl. I left as soon as I could, only to realise the fishbowl didn’t exist … just the fish, and they’re everywhere,” Idles’ lead singer Joe Talbot says of the song’s meaning.

To help bring these sentiments to life, the Gondry brothers have created their own model paper cut-out village inhabited by pig-like cartoon characters in reference to the lyric, “There’s a lot of pink skin in the village”. The aesthetic is like a happy, children’s TV show, but there’s darker undertones throughout, with a dash of the surreal thrown in, which keeps viewers hooked.

The video was created during the constraints of lockdown, so involved Michel in his LA studio cutting out hand-drawn bits of paper into characters, buildings and shapes at his desk and then filming them from above on his iPhone. Then the footage was sent to Paris, where Olivier took the collages and brought them to life through CGI.

“Olivier and I were excited to work on this because we use completely opposite techniques,” says Michel. “In the first part we try to illustrate the lyrics as close as possible, to create the world, and then in the second half … they go to the moon.” 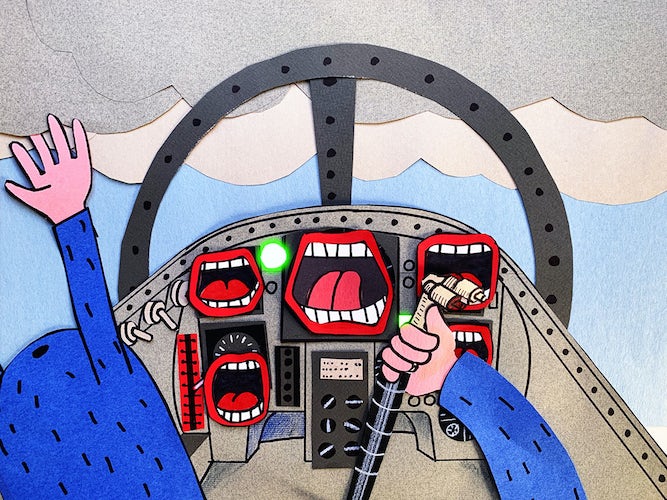 The video has been produced in collaboration with WePresent, WeTransfer’s editorial platform, which was approached by Partisan Records to help create the video. As part of the release, a behind-the-scenes film has also been created by the brothers, and can be seen here.