Struggling to get to sleep is never fun, but the anxiety surrounding our new normal has only made it harder to get a good night’s rest over the past year.

Last August, a study from the University of Southampton showed that the number of people experiencing insomnia rose from one in six to one in four during the pandemic, with experts dubbing the phenomenon ‘coronasomnia’. 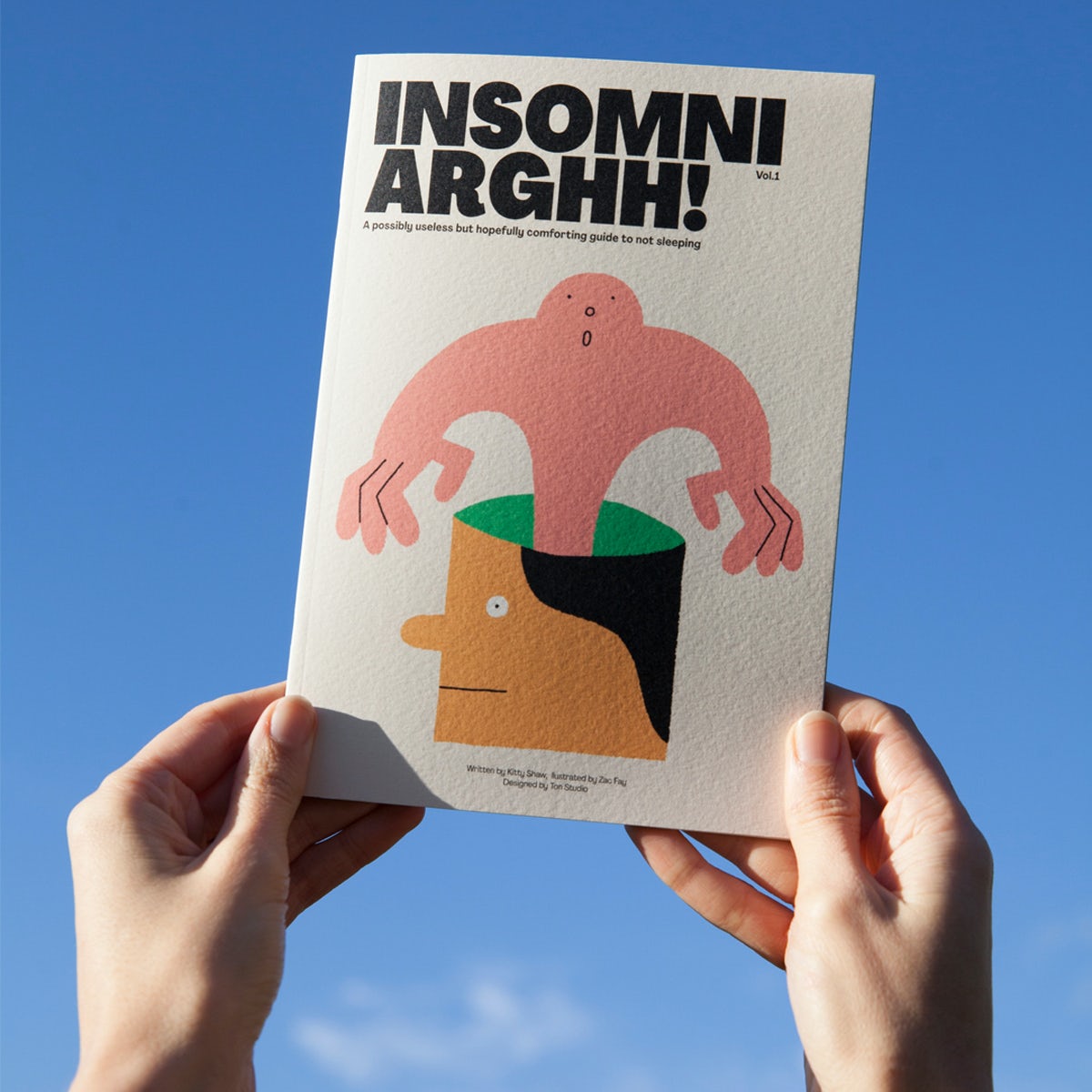 Insomnia is something that London-based copywriter Kitty Sutherland has a lot of personal experience with. When she didn’t sleep for most of 2019, she started writing down everything that she was learning and feeling during her insidious journey through the dark tunnel of insomnia. 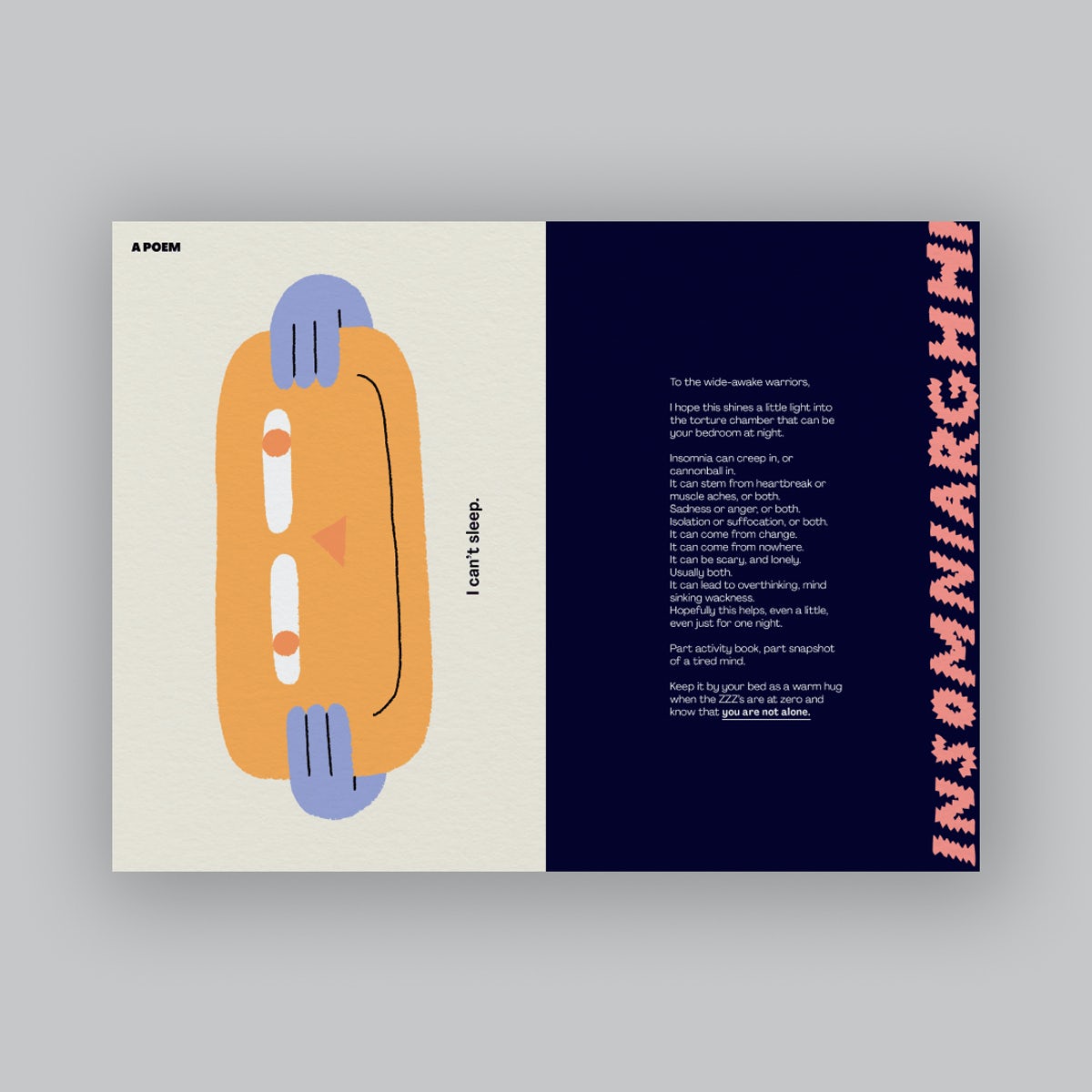 “I was listening to so many podcasts and playlists, inhaling lavender, journaling and self-medicating, but really I just wanted to feel a little less alone and … collaborate on something comforting.” 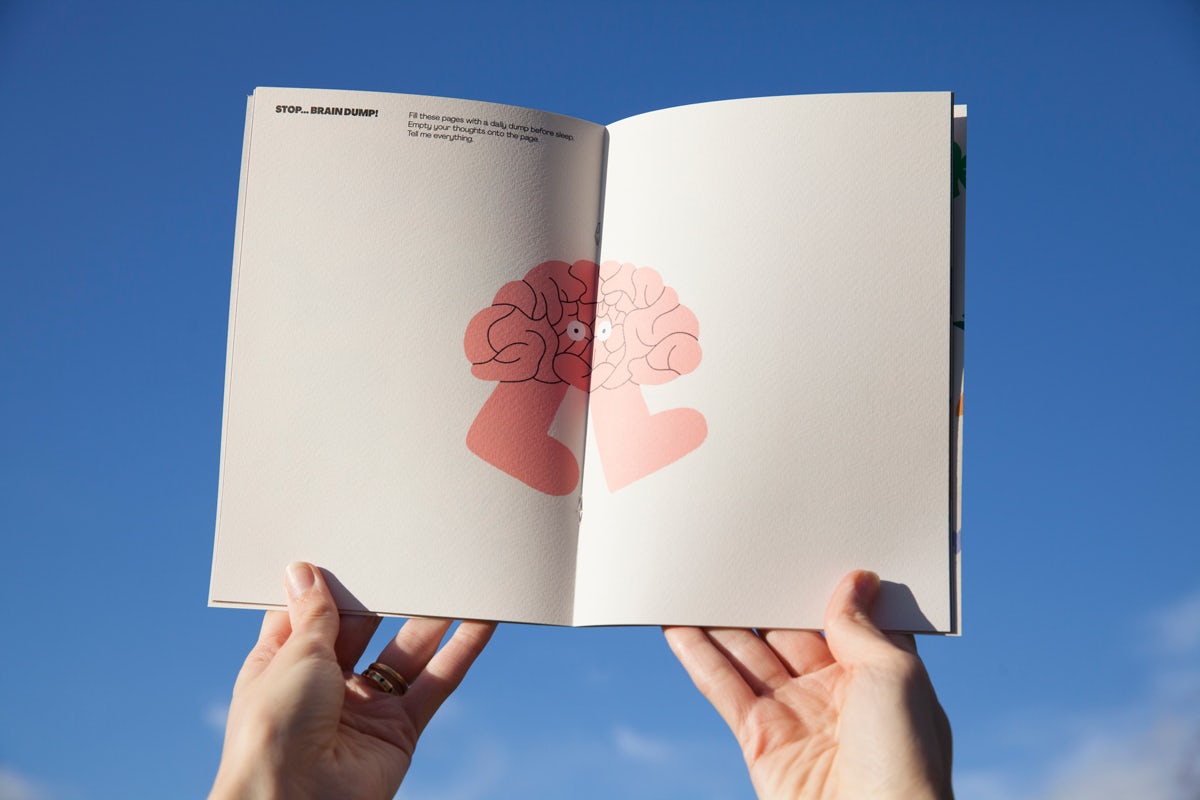 “I gained some sort of sleepless super strength during the first lockdown in London and decided life was too short for all these unfinished projects – so I contacted my dream illustrator and Zac said yes,” says Sutherland. “The art direction and design had a big role to play, and I was very lucky to have an edge with that, as Clint is my brother so knows how my brain works!”

Envisioned as a helpful guide to tackling tiredness, the zine features 24 pages of thoughtfully created content, including illustrations, recipes and a colouring-in section all designed to help you feel less alone while battling insomnia. 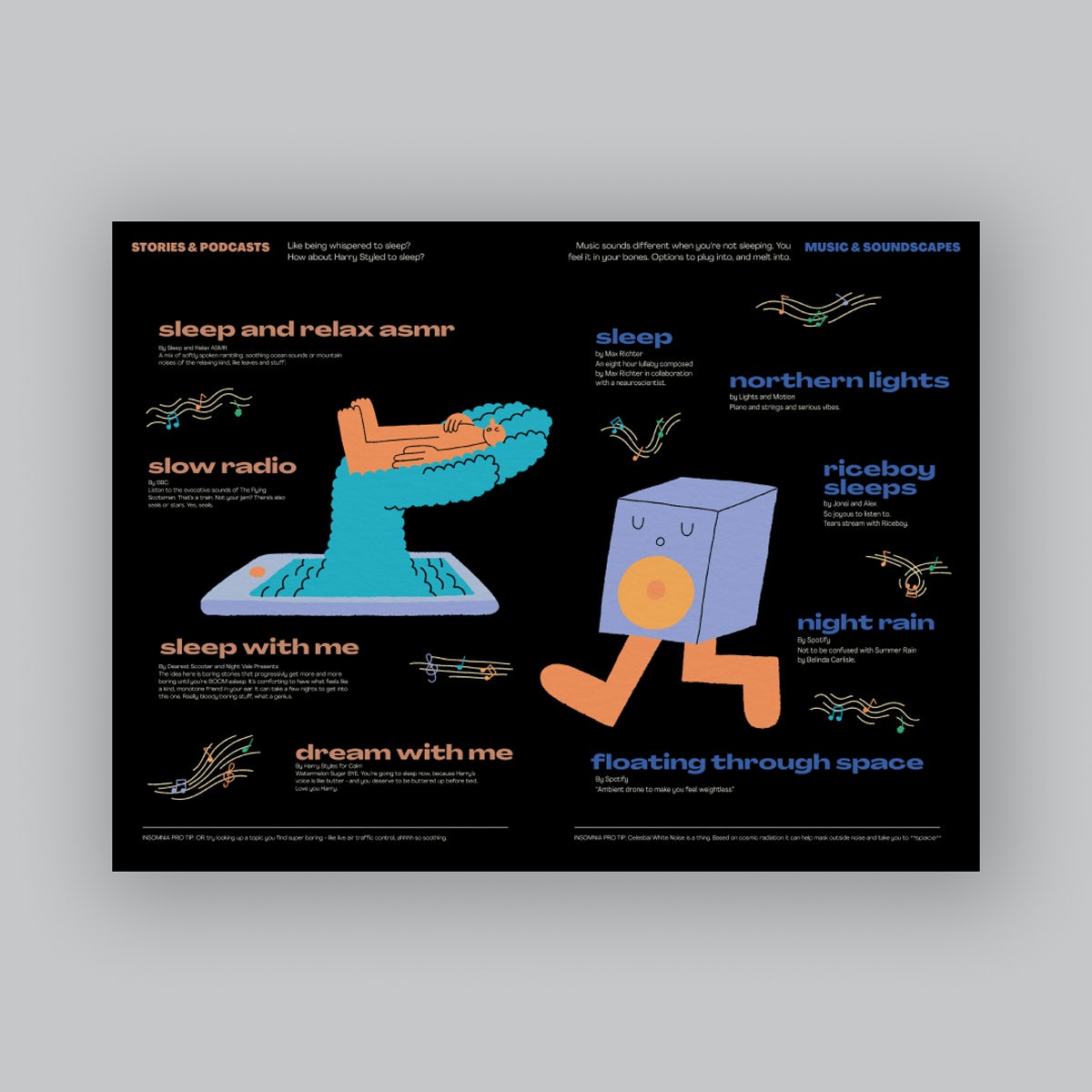 The creative trio took a fairly relaxed approach to the editorial and art direction of Insomniarghh. “Most of the words were already there from me, so the first step was working on a colour palette with Zac that evoked calmness, and then we moved through each spread together as a team,” says Sutherland.

“Clint’s main focus was on a typography treatment that complemented Zac’s illustration style and his hand-written elements. While we were addressing a serious subject we still wanted it to be playful and approachable, so that’s where the art direction came in from Clint, and where the fonts played a huge role in bringing everything together.” 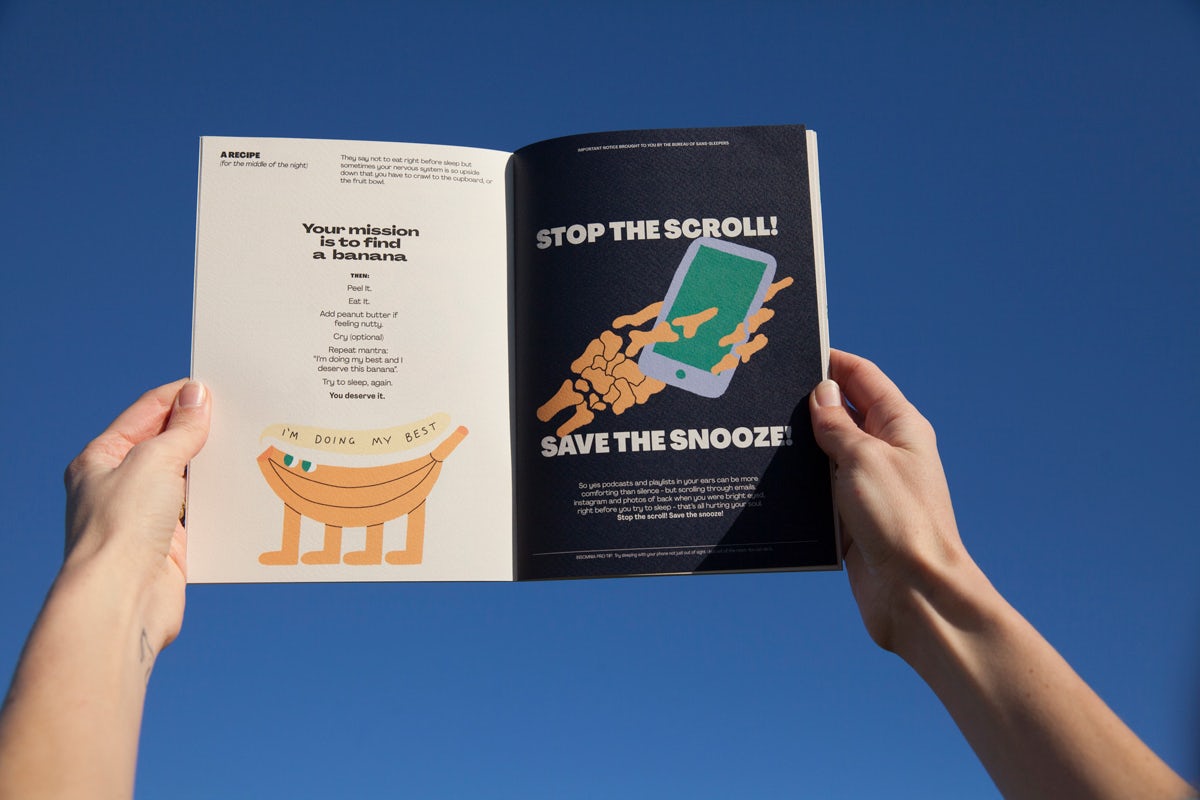 While the zine is a standalone project for the moment, Sutherland says she would definitely be up for doing another volume in the future. “We would love to do some merch too, we all need an INSOMNIARGHH! coffee mug,” she adds.

“As with any project, since doing it I’ve had those should-have-put-that-in-there moments and I’ve also got more to share now that I am sleeping (mostly) again, often sleeping deep and dreaming more than I have ever dreamt. There is a lot to say about sleep!” 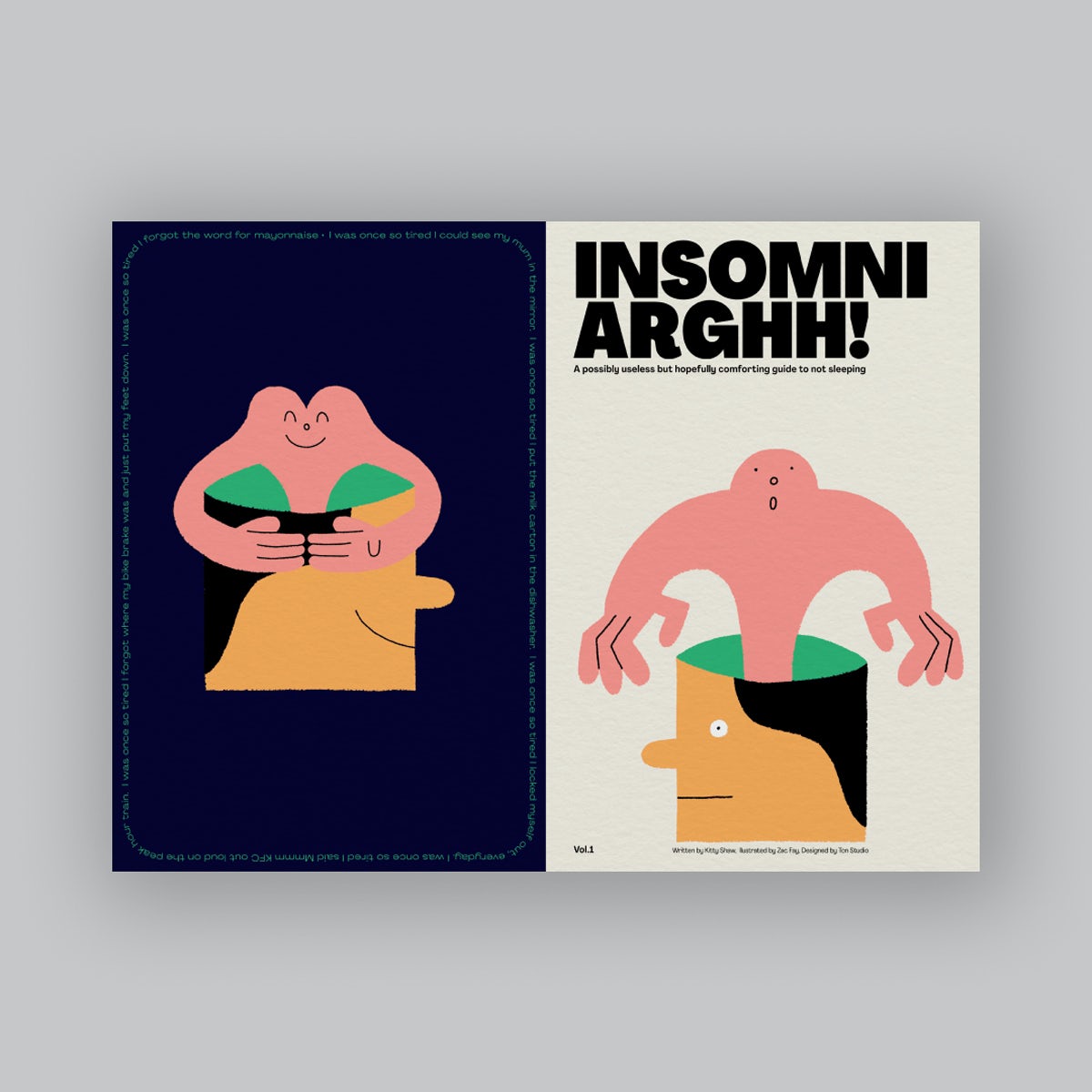 Find out more about the zine at @insomniarghh

How do you shoot compelling sports photography?