Since launching in 2011, Kinfolk has helped to define the millennial aesthetic for the picture-perfect Instagram era. The cult magazine is now sold in over 100 countries, translated into Japanese, Chinese and Korean, and boasts over 1.7 million social media followers around the world.

As Kinfolk celebrates its 10th birthday this year, the team behind the publication are clearly feeling reflective. Its recently redesigned anniversary issue features a more grown up aesthetic to match the outlook of the traditional Kinfolk reader. 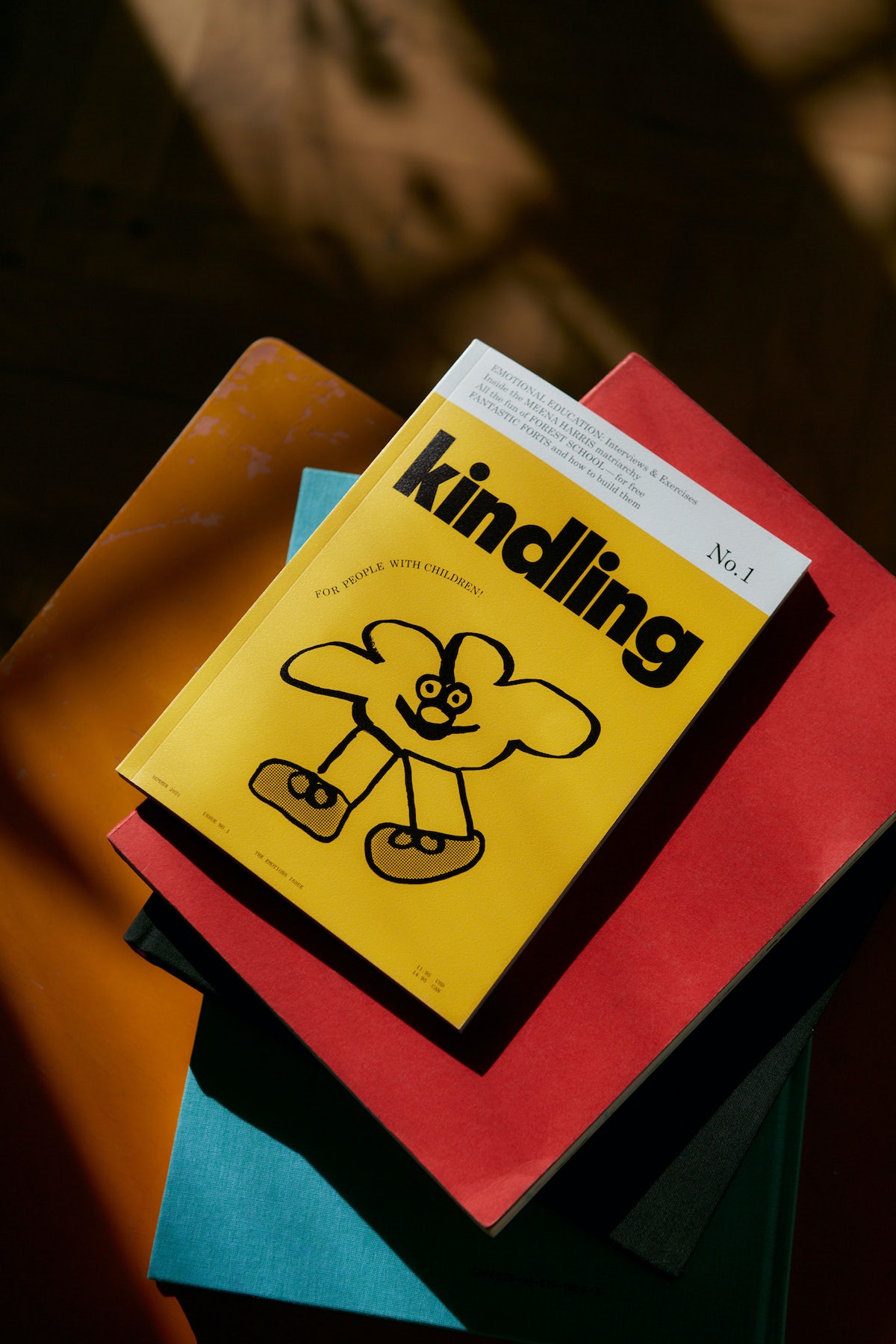 Given that many of those readers are now settling down and having children, Kinfolk’s decision to launch a spin-off parenting magazine doesn’t come as a total surprise. The team’s approach to bringing the new publication to life, however, feels markedly different to their trademark minimalist approach.

Described as a magazine for “people with children”, Kindling is a biannual title that aims to provide a non-judgemental, unfussy place to explore the new ideas and fresh perspectives that come with raising a child. 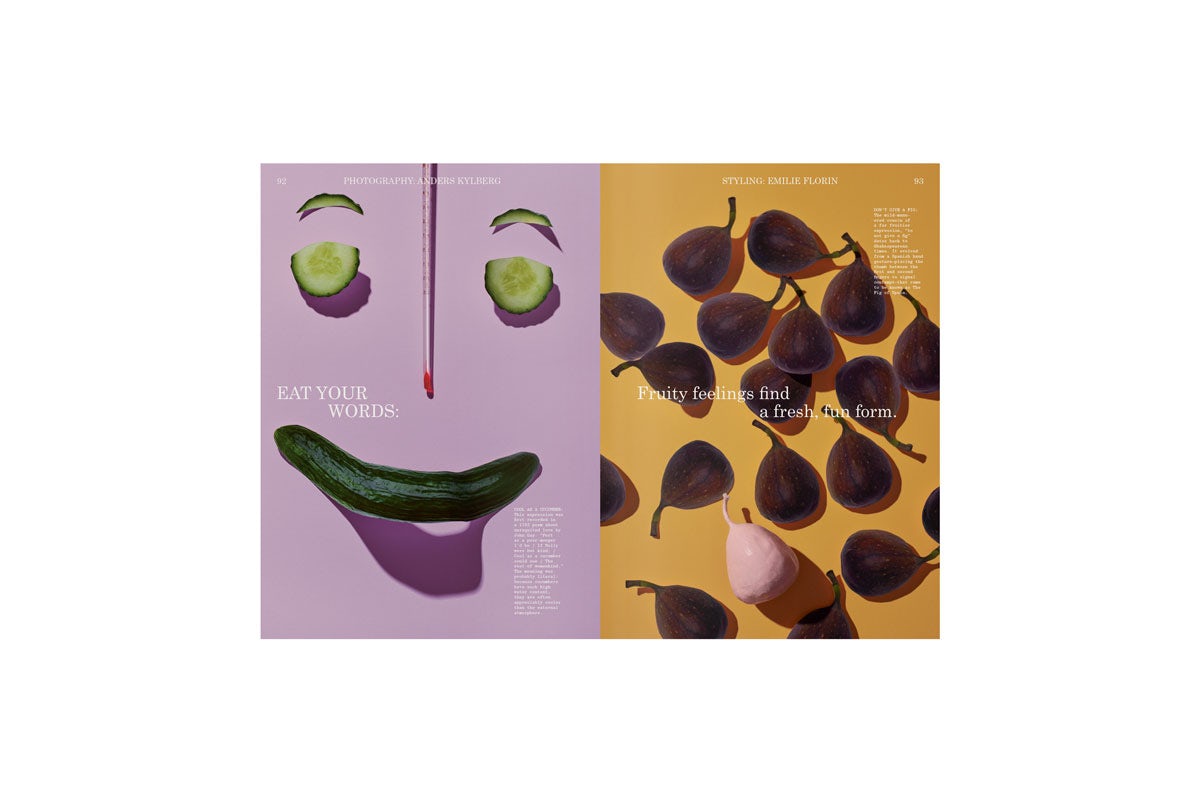 Kindling first circulated as an indie title about fatherhood in the early 2010s, and Kinfolk decided to acquire the title after it went out of print several years ago. “I think, honestly, a magazine called Kindling seemed like a very cute addition to Kinfolk,” says the title’s editor, Harriet Fitch Little. “I think everyone was really excited by doing something with it, but we’re a small team and other things took priority – until the pandemic, when for some reason everyone suddenly seemed a lot less busy….”

Although intended for an adult readership, Kindling’s pages are packed with illustrations and activities for children to enjoy. Stories include an interview with Dacher Keltner, the psychology professor who advised Pixar on the movie Inside Out; a workbook that helps children learn how to name feelings and the needs that arise from them; and a photo shoot featuring shadow puppets and blanket forts. 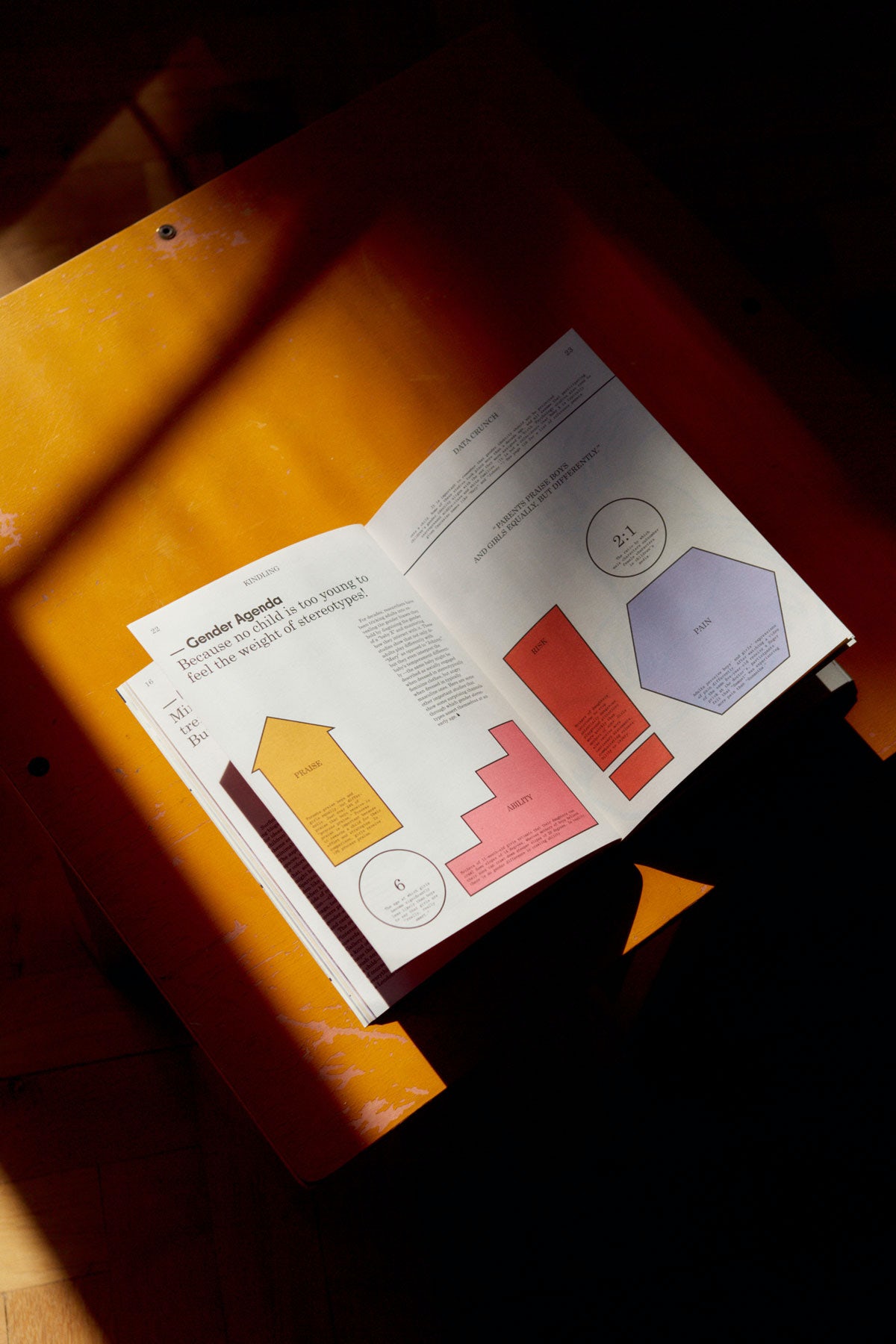 “We felt that lots had changed since the first iteration of Kindling was published: there are now loads of places, particularly on social media, where you can find aspirational content related to family life. That wasn’t something we felt needed adding to. With all that in mind, we basically wanted to make a magazine with smart, unpatronising stories that would particularly appeal to people currently raising a child,” says Little.

“Child-focused media often makes ‘mum’ the default reader, which is something we’ve avoided. There are so many other family structures in which children are raised, and there are also far more people involved in that process than the media often caters to. I’d like uncles, teachers and friends of the family to feel like Kindling is speaking to them too.” 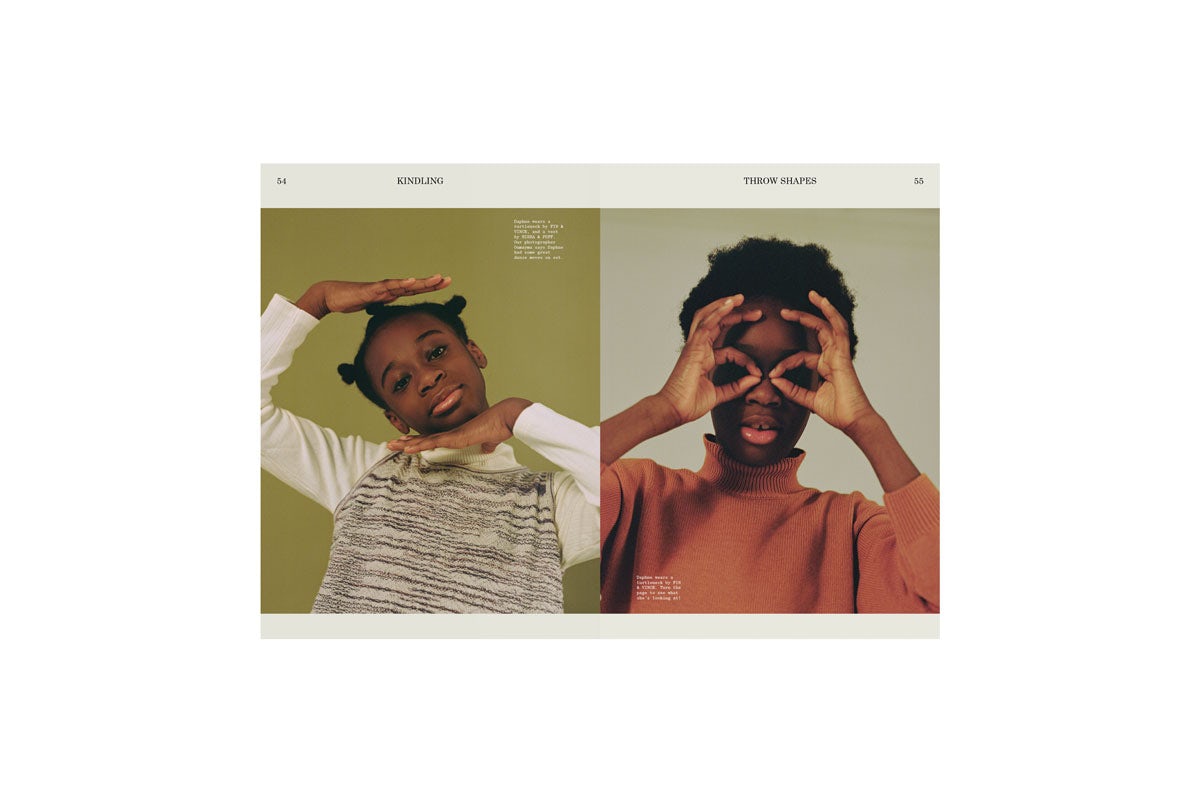 “One thing that influenced the design direction is that we wanted to make a magazine that would appeal to both adults and children and be at home in both those spaces – obviously we wanted it to be a beautiful publication, but not something that had to sit on a coffee table looking pristine. Kindling is definitely meant for adult readers, but there are lots of pathways through the magazine that are designed to be shared with children, including activities at the back,” says Little. 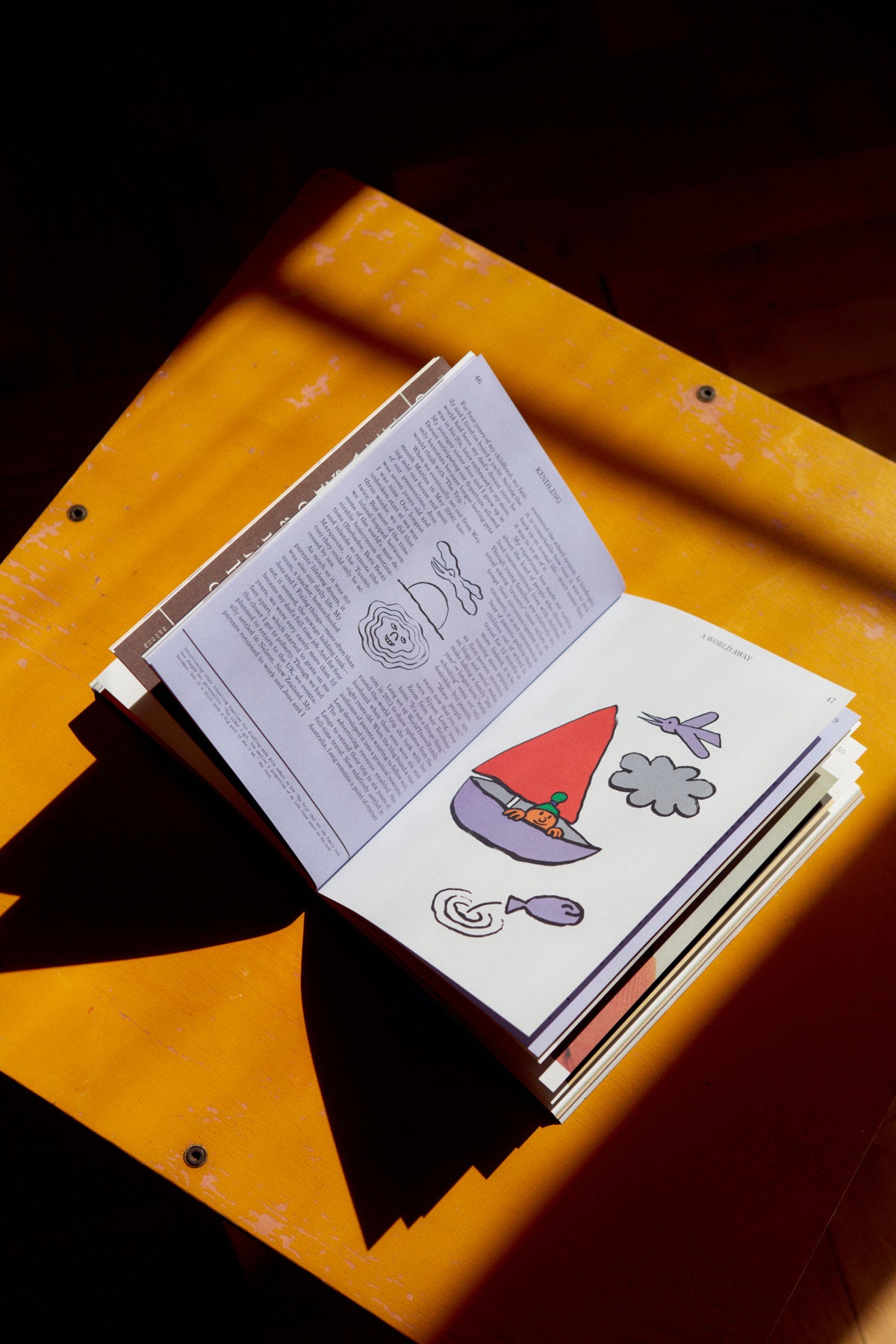 Art director Staffan Sundström decided it would make sense to work with a single illustrator throughout the issue, and finally landed on Espen Friberg – who is also responsible for the cute amorphous creature on its cover. “Friberg’s style is naïve but very witty: it really does appeal to readers of all ages,” says Little.

As for what’s next for Kindling, the team are currently working on the second issue which is due out in December, but are very open to how it might evolve in the future. “Typically I think you need to have three of anything for it to be considered an established pattern and ready for review, but we publish so infrequently that we’ll probably look to change things up after a year,” says Little. “I’d love to make it bigger!” 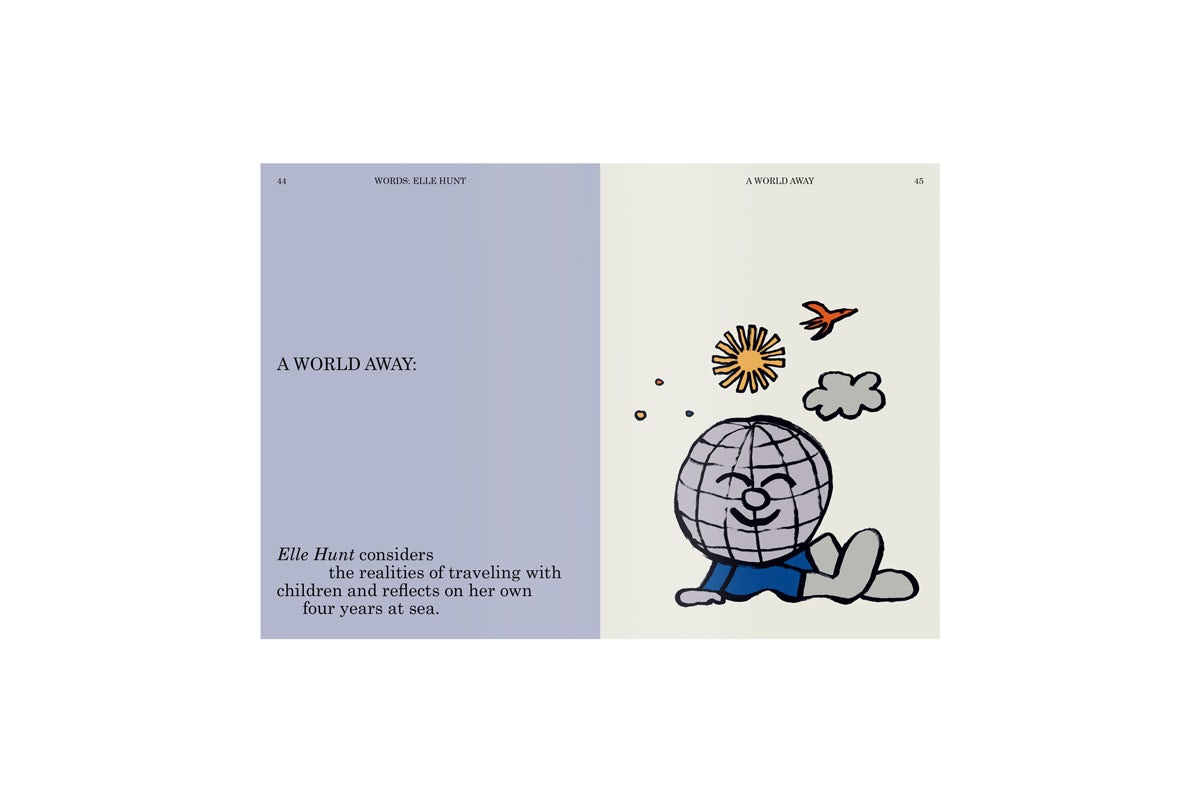 Kindling issue one is available now from kinfolk.com