In just a few short years the migrant crisis has become one of the biggest issues of our generation. The way it’s been portrayed has also had a wider impact on our perceptions of migration; we’ve become more used to associating the word with refugee camps and treacherous border crossings than something which has, in one way or another, defined the human race for thousands of years.

Partly in response to this phenomenon, Vanessa Ellingham decided to set up an indie mag about migration in 2013, after moving from New Zealand to Berlin via Copenhagen. The idea for NANSEN came to her while she was stood in Ikea picking out stuff for her new apartment with her partner.

“It made me think about all the people around the world who head to Ikea (or their local version of Ikea) as part of starting a new life, and what else we might have in common,” says Ellingham. “I ended up setting my idea aside for quite some time because I was busy settling into my new life in Berlin. In the meantime, migration became this majorly politicised, sensationalised topic, and I could see then that this was a topic people wanted to connect with, but also that it could be examined from so many different angles.”

The magazine is named after Norwegian explorer Fridtjof Nansen, the man behind the Nansen passport which allowed refugees safe passage into other countries in the aftermath of the First World War. Unlike most mainstream publications, it focuses less on migrants as a collective and more as individuals by looking at the story of one migrant per issue. 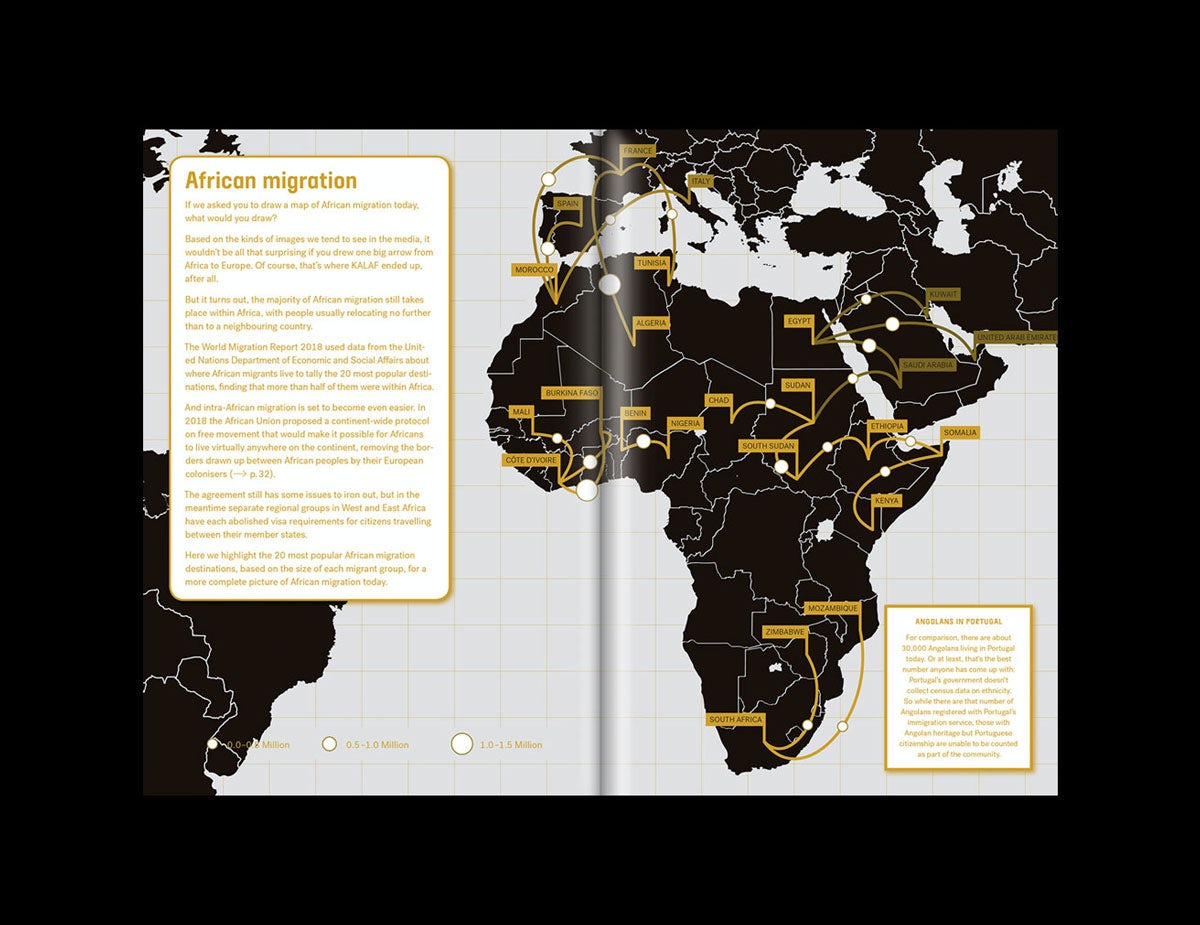 “Focusing on the personal allows us to connect reader and subject. So we’re working between the ordinary and the extraordinary – our subjects tend to have extraordinary aspects to their story, but also some pretty mundane stuff going on that all kinds of readers, migrants and non-migrants, can probably relate to, like heading to Ikea for some cutlery and then struggling to get through the checkout process in a new language,” says Ellingham.

She didn’t have to look too far from home for NANSEN’s first issue. Released in 2017, it delved into the life of Aydin Akin, a Turkish migrant in his late 70s who protests down the road from her Berlin apartment everyday. As Germany’s largest ethnic minority group, the issue focused on spotlighting the Turkish-German community through Akin’s story, but in the wider context of the contemporary narrative about mass migration to the country.

In its new issue, NANSEN has turned its focus on the Afro-Portuguese community through the lens of Kalaf Epalanga. Best known for his time as an MC for music project Buraka Som Sistema, which fused European electronic music with an Angolan dance beat called kuduro, Epalanga is also a prominent writer in the Portuguese-speaking world.

“Kalaf has cultivated this mass appeal that includes literary critics and club music fans, and he wants to use that to bring people in Portugal and its former colonies together … so that became the underlying theme of Issue 02: the connection between colonial legacies and migration,” says Ellingham. The issue has a piece by Kalaf on parenting as a migrant, judges a ‘worst coloniser’ content, and takes a look at the current gentrification situation in Lisbon. 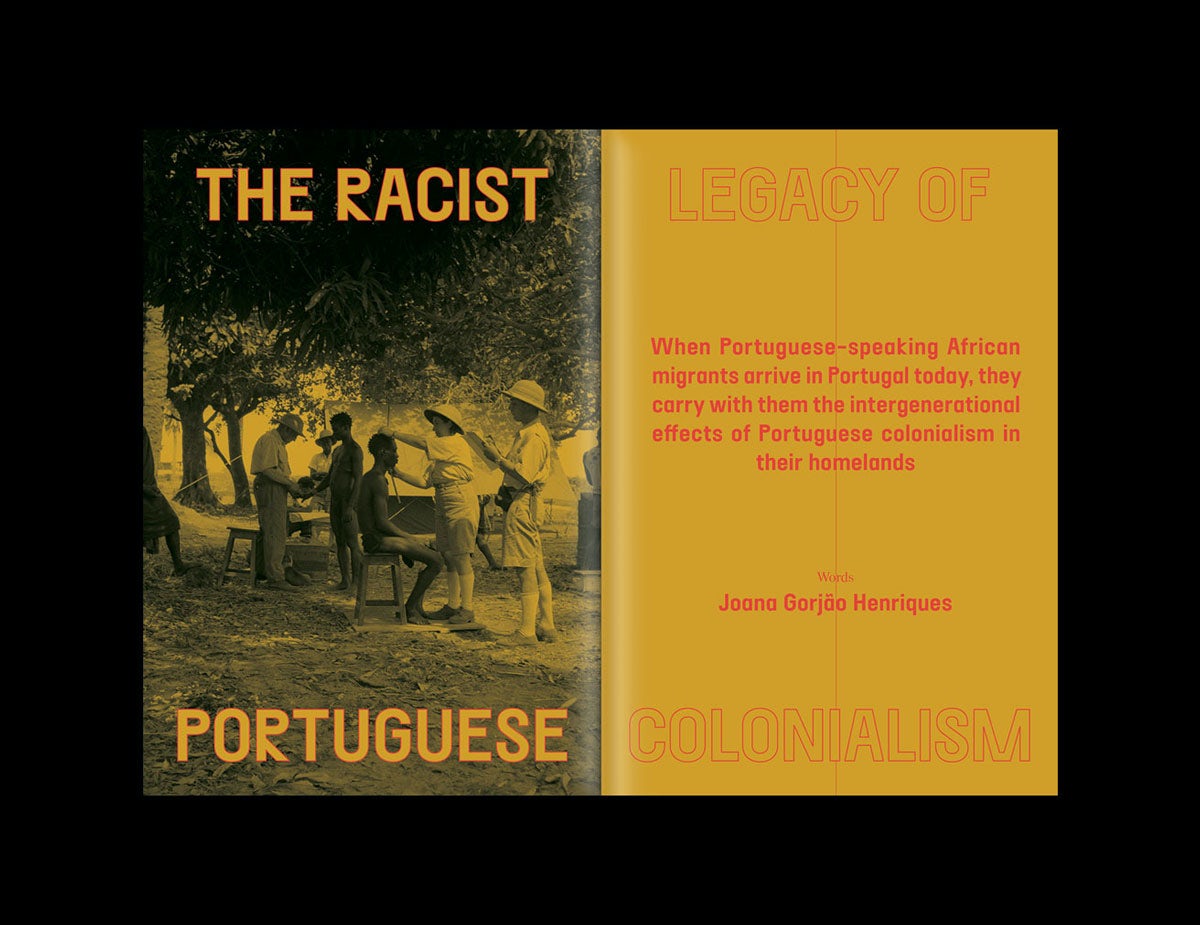 Portuguese designer Eva Gonçalves has led the design and art direction which, in the same vein as the first issue, takes inspiration from real-life passports. “We wanted each issue to feel a bit like a folder where one collects a variety of documents, articles, notes, memorabilia – one’s personal story, like stamps collected in a ‘passport’,” she says.

One of the noticeable differences between the look of Issue 01 and 02 is a new masthead typeface, something which aims to distinguish between the unique personalities of its subject. “The idea and decision came to us quite organically in the context of this process. I am personally very interested in questioning how (and if) different typefaces can almost literally translate into different voices,” she says. 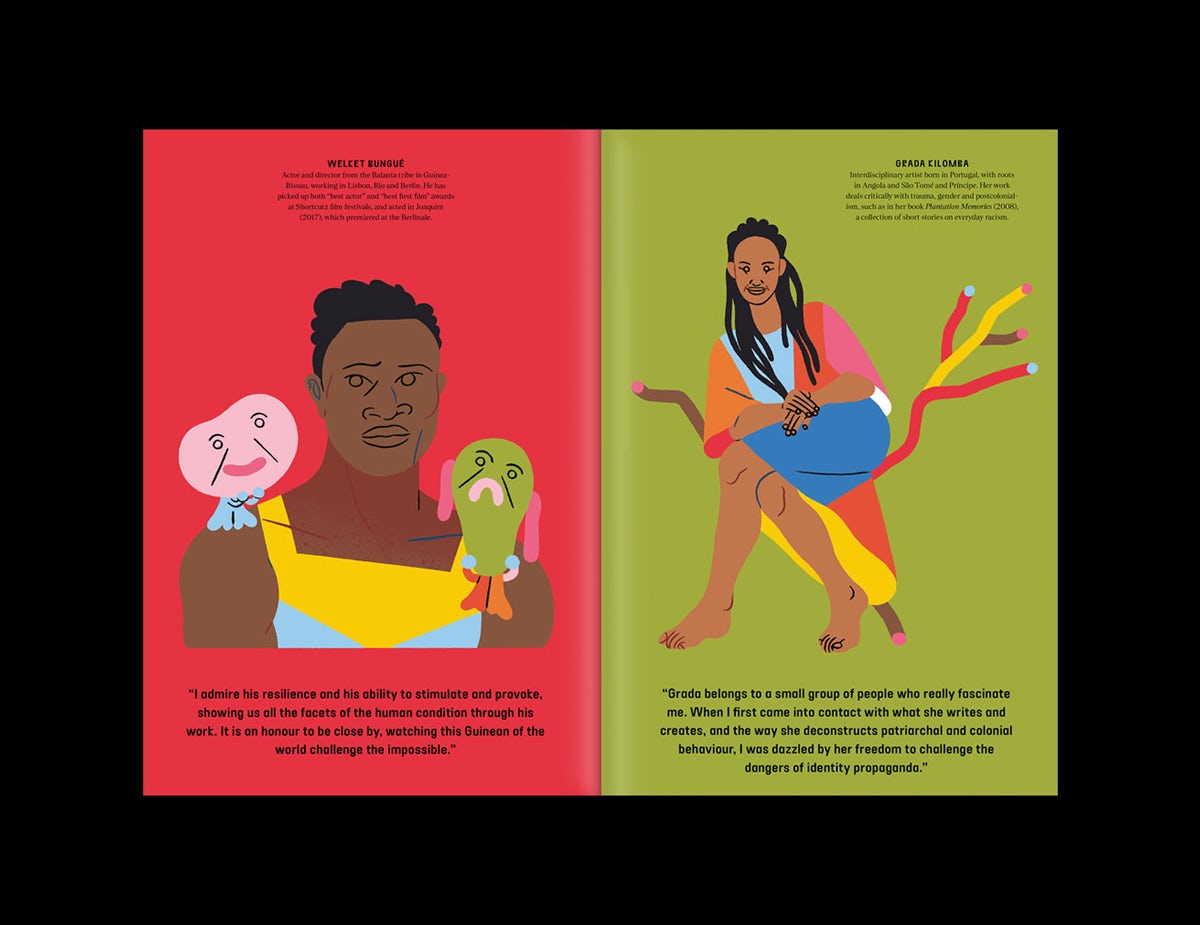 Going forward, Ellingham and the rest of the NANSEN team plan to keep surprising and delighting readers with their choice of subject, whether it’s people who are well known for something but just happen to be a migrant, or others who you would simply never expect to find on the cover of a magazine.

Regardless of the subject, the magazine is part of the team’s broader aim to paint a more nuanced picture of human migration, one migrant at a time. “When I began the research for our first issue, I quickly learned that just 3% of the world’s population are migrants, which is the same proportion as in the 60s. Considering the sensationalist narratives we often hear about migration, I was surprised to find that this proportion had held steady,” says Ellingham. 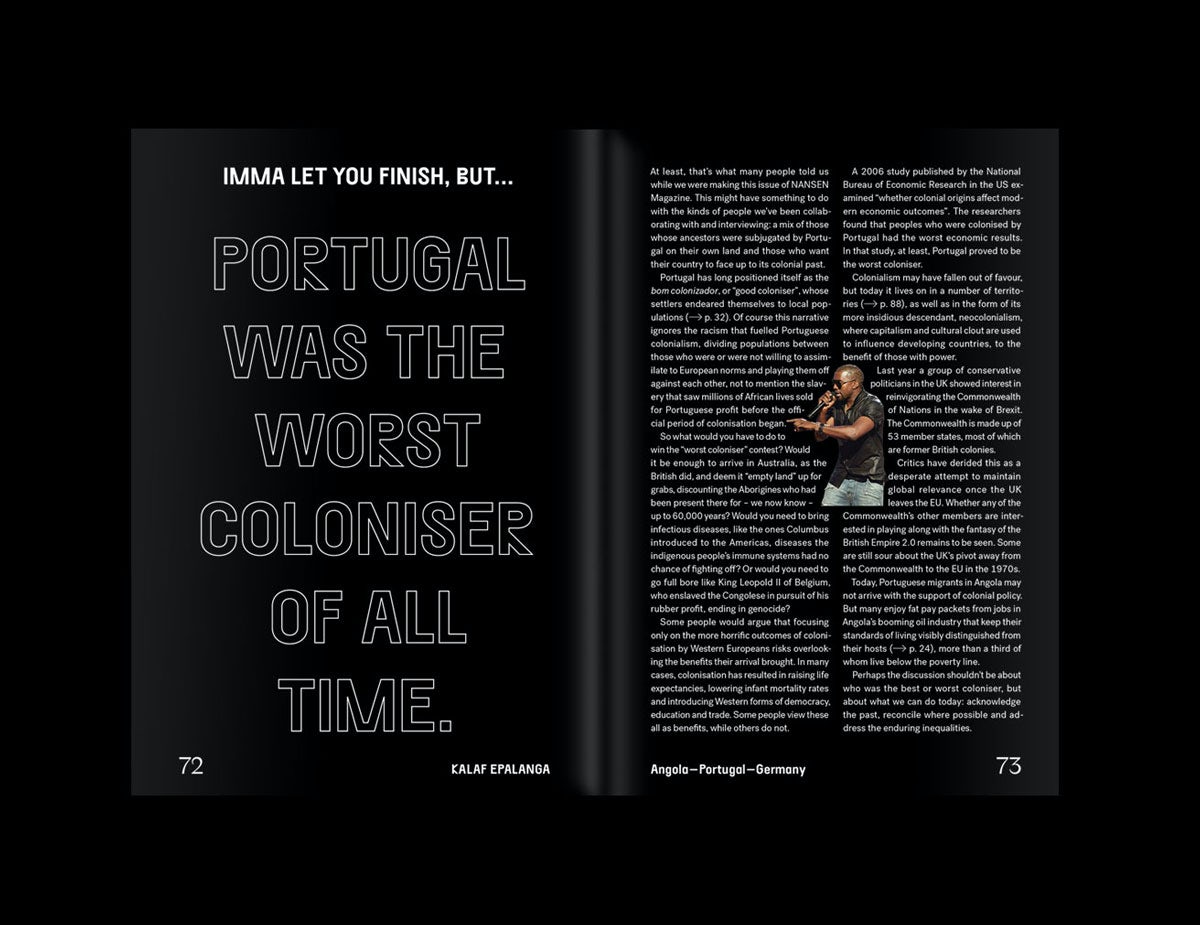 “In order to live with migration, prepare for it and make it work for everyone, we need readers to understand that migration has always been part of the human experience and it always will be. My hope is that NANSEN contributes to this message, and that it does so in a way that is inclusive and even enjoyable. The doom narrative isn’t going to get us there.”