Cult film director John Waters ended up being the surprise inspiration for Ione Gamble when she was starting her own zine from her bedroom during her fashion journalism degree, specifically his quote: “Have faith in your own bad taste”.

“I was really sick of how taste was discussed in our society,” says Gamble. “All the things I adored seemed to come from ‘low taste’ culture, or were considered unintellectual because they were brash or loud. I detested minimalism and basically wanted to create the antithesis of awful women’s mags.”

Gamble resorted to funding the first issue of the intersectional feminist zine, Polyester, with her student loan. Since then, she has self-published and self-distributed eight print issues, interviewed some of her heroes, curated multiple exhibitions, and is about to celebrate the mag’s fifth birthday.

Over the last five years, the team behind the zine has stuck firmly to Waters’ motto, eschewing the publishing world’s penchant for minimalism in favour hyper-feminine maximalism, and featuring everyone from Pussy Riot to The Slits’ Viv Albertine in the process.

“Ultimately, Polyester is a publication that explores socio-political issues and what it means to be a femme today in society. We do that through our print zine but also through all of our outputs, including the podcast. What we feature is very much led by the artists I care about, people that are marginalised by society, and people that I believe deserve more of a voice,” says Gamble.

She has also carried the ‘bad taste’ theme through to the design of the zine where, in simple terms, too much is never enough. “When designing the zine I have a ‘no white pages’ rule. We’re inspired by everything from 90s Riot Grrrl zines to 70s occult mags and 90s teen publications. One of the things that was really important to me when starting Polyester, and still is, is that the zine has a really strong visual identity and that each aesthetic choice is purposeful. We champion weirdness and outsiders, and I think the zine’s art direction supports that,” Gamble adds.

The run up to Polyester’s anniversary has coincided with a transitional period for Gamble, who has begun to question what she sees as the constant pressure the mag world puts itself under to stick to specific formulas and release issues at certain times of the year, for example. Instead, to mark the event, she has decided to release four new zines that each aim to represent the essence of Polyester in their own way.

First up is the Beauty Issue, which has been made with Beauty Editor Mona Leanne as co-creative director, and in true Polyester fashion features a brilliant cover of activist and writer Honey Ross’ naked body covered only by a well-positioned logo and a series of flame stickers. “Beauty has always been a really integral part of Polyester. I’m infinitely interested in the possibilities of makeup to help us explore who we are, as well as the fact that those possibilities exist alongside the beauty industry being hugely morally corrupt and oppressive. The zine is kind of a visual manifesto of what we believe the future of beauty should be,” says Gamble.

As for the rest of the zines, Saving Ourselves (named after a line from a poem by artist Rene Matic) has been created in response to the further restrictions on abortion laws in the US and the national debate around reproductive justice in Northern Ireland, which has only just come to a head. Contributors to the zine range from Harriet Harman MP to illustrator Polly Nor and musician Courtney Love.

Non-Threatening Boys was an idea concocted by Gamble and long-time contributor Rachel Hodgson, inspired by the book of the same name which Lisa Simpson is seen reading in multiple episodes of The Simpsons. Initially intended to be a “poke at modern masculinity”, Gamble says it ended up turning into a hilarious but insightful take on what masculinity means today, featuring everything from unhinged love letters to pin up shoots.

Finally, continuing Polyester’s tradition of giving up-and-coming artists a platform, But Others Need to Pee is the first body of printed work from photographer Camille Mariet. “When I first saw her photography way back when on Tumblr it totally floored me, so when I found her Instagram a few years ago I knew I had to make her a contributor. The way she deals with femininity, sexuality, violence and vulnerability is like nothing I’ve ever seen before,” says Gamble.

The last five years have certainly been a steep learning curve for Gamble, as Polyester has evolved from a DIY zine to a distinctive feminist voice with a deeply loyal readership. What does she see for the next five years? “I honestly think if you told me I would still be able to run Polyester five years on I would have laughed. We’ve never had much money, it’s still completely non-profit, and at times definitely seemed impossible. I think it’s been possible to evolve and flourish because of the community around it,” says Gamble. 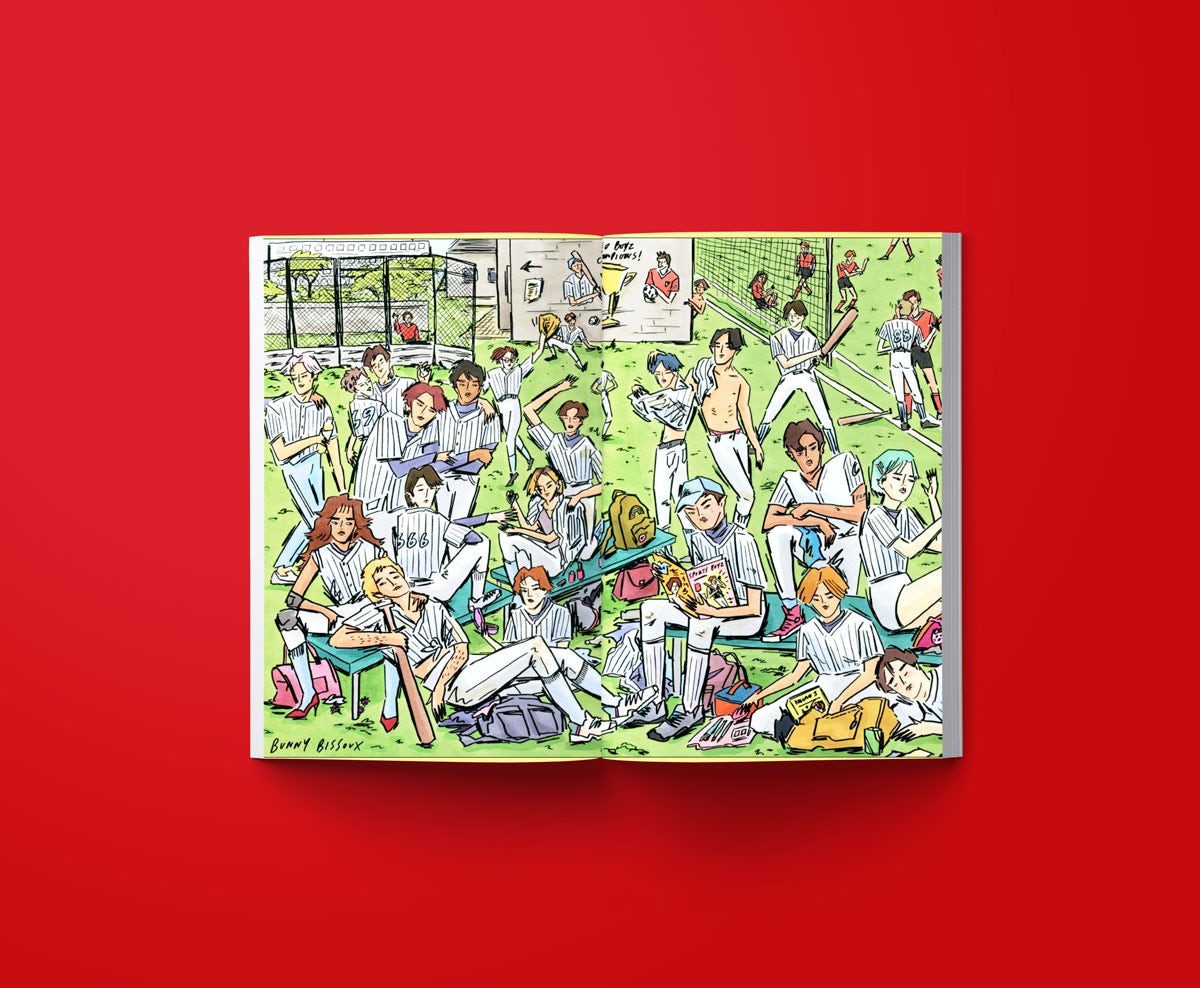 “With the co-option of feminism by corporations I’ve been forced to dig deeper, work harder, push myself to create better work and to move away from that ilk of feminism within the publication’s pages. In the future I would just like to be able to keep championing the work that deserves to be put on a pedestal, to represent those that need a platform, and to make people feel a bit better about who they are.”