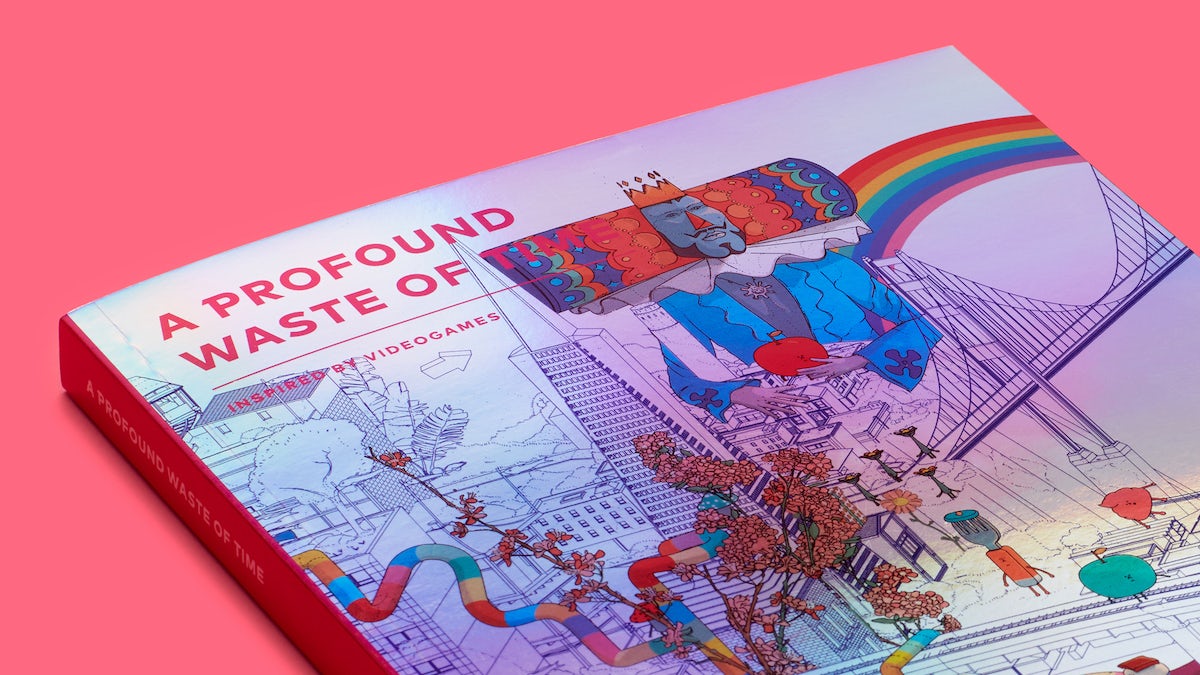 A Profound Waste of Time magazine, which was founded by graphic designer Caspian Whistler in 2018, was set up with the aim of exploring how people think and feel about the games they play. In an interview with CR at the time, Whistler explained that he wanted it to offer a counterpoint to typical games mags.

“The cover is 9/10 times a white guy with a gun,” he said. “There’s nothing inherently wrong with that, but there’s an old adage that the press reflects the industry it’s reporting on. If people are looking at imagery like that, they aren’t necessarily thinking video games are for them.”

The first issue prioritised design and illustration, with an optional glow-in-the-dark cover and a ‘no screenshot’ rule – Whistler instead commissioned artists to create their own take on various video games.

APWOT 2 is equally collectible, with a cover illustration by Doug John Miller, depicting various creations by Keita Takahashi – the Japanese designer behind cult titles including Katamari Damacy and Noby Noby Boy – and a special version wrapped in rainbow foil. 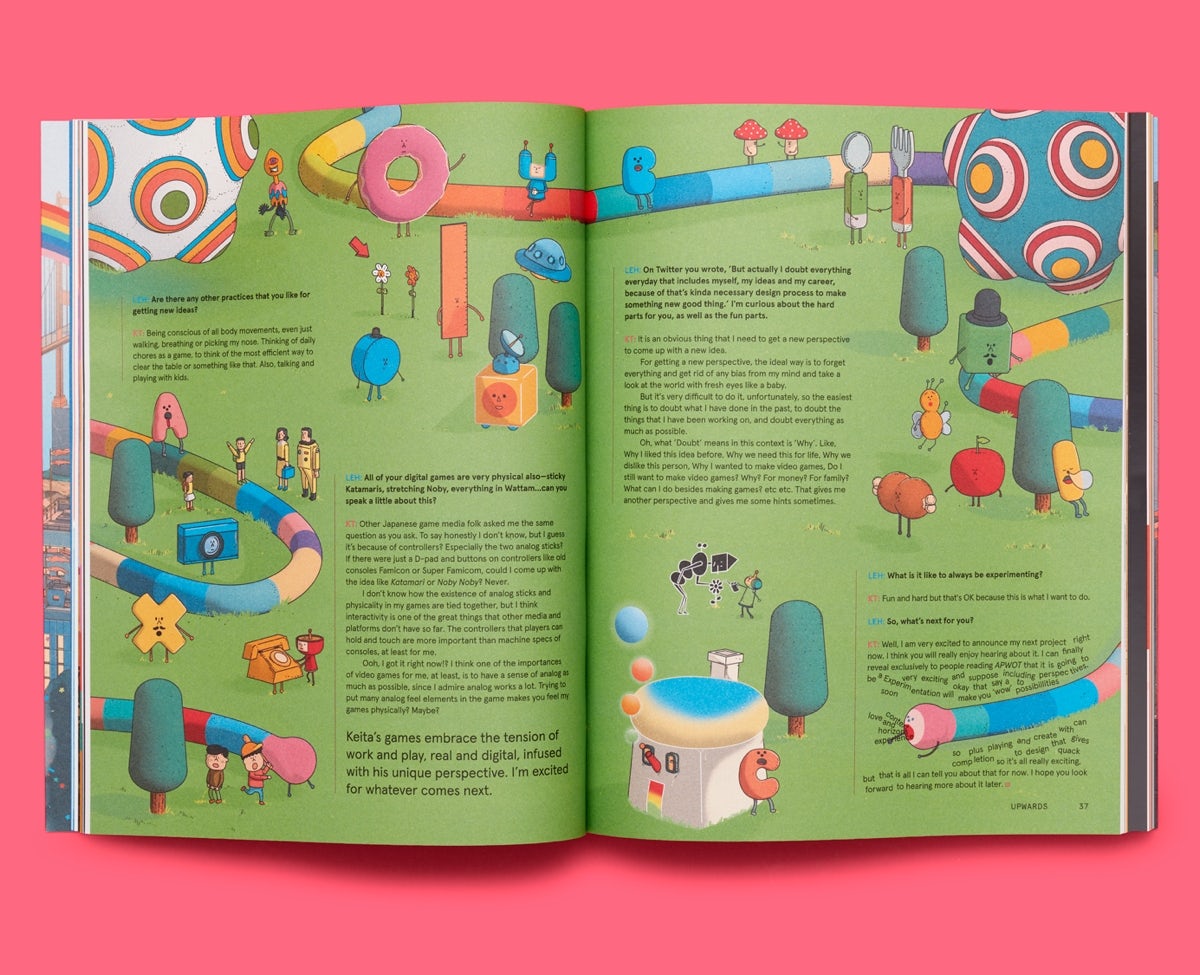 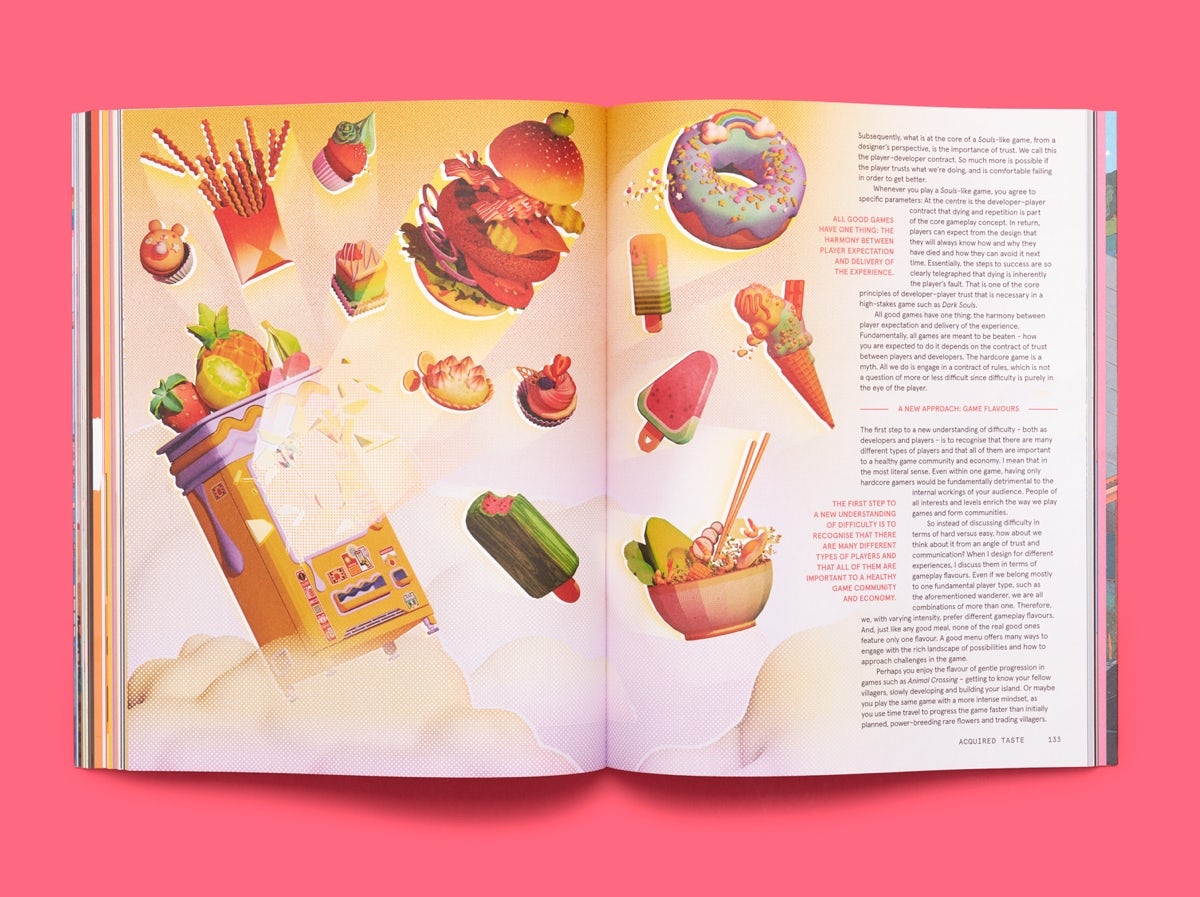 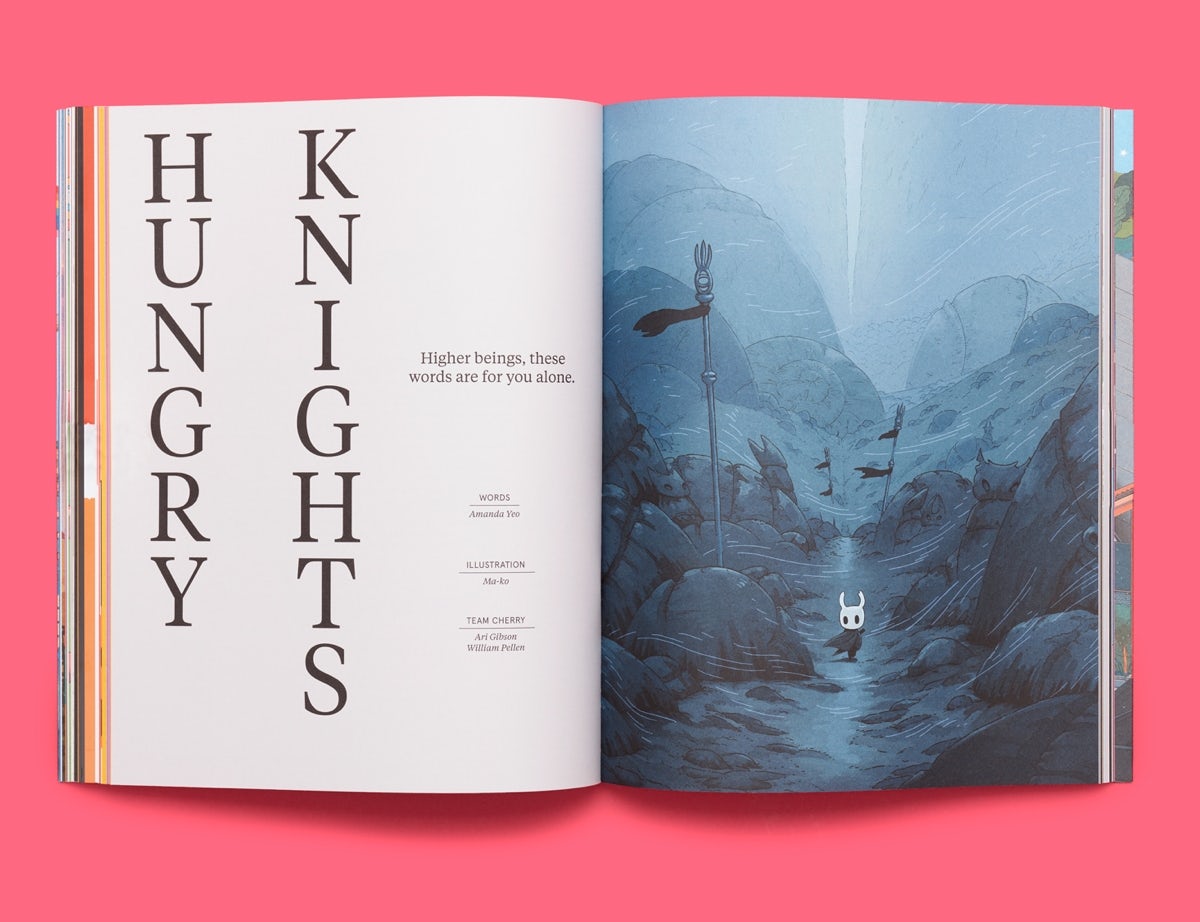 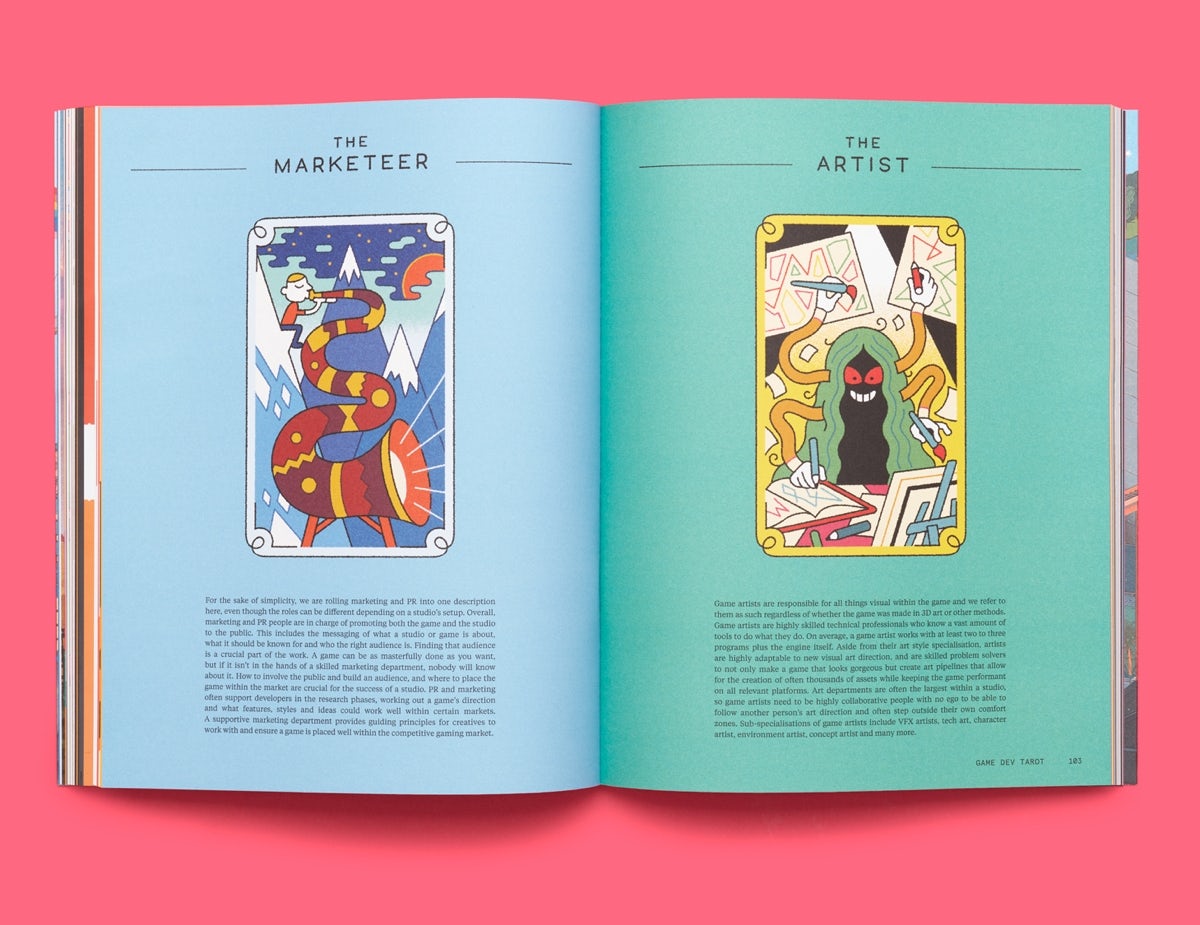 Whistler says he’s been “chipping away” at the mag for the last year and a half, and his hard work is evident. The second issue runs to almost 200 pages, packed with features that range from examining the prevalence of colonialism in modern games and questioning ideas around ‘difficulty’ of play, to more personal pieces – including how designer Jenny Jao Hsia is creating a semi-autobiographical game entitled Consume Me, and how games can provide solace and escape for players.

For readers curious about what exactly goes into making a game, there’s a breakdown of the various roles that make up the industry – complete with tarot card imagery by Joe Sparrow – and various interviews with games makers. 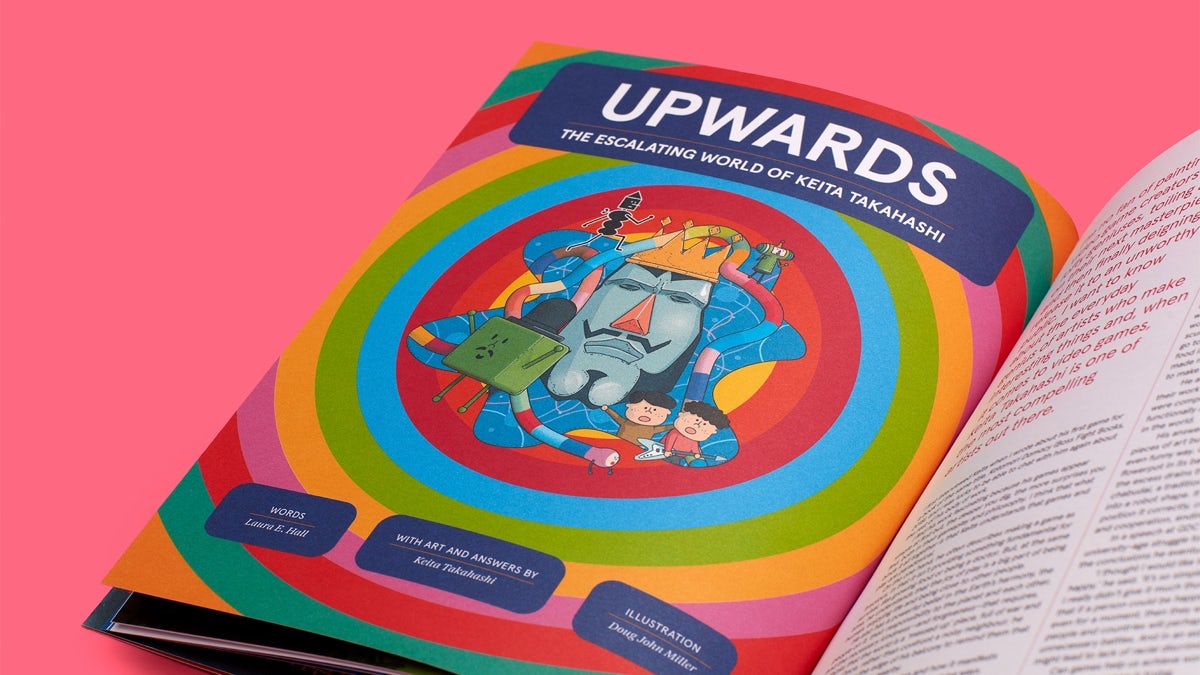 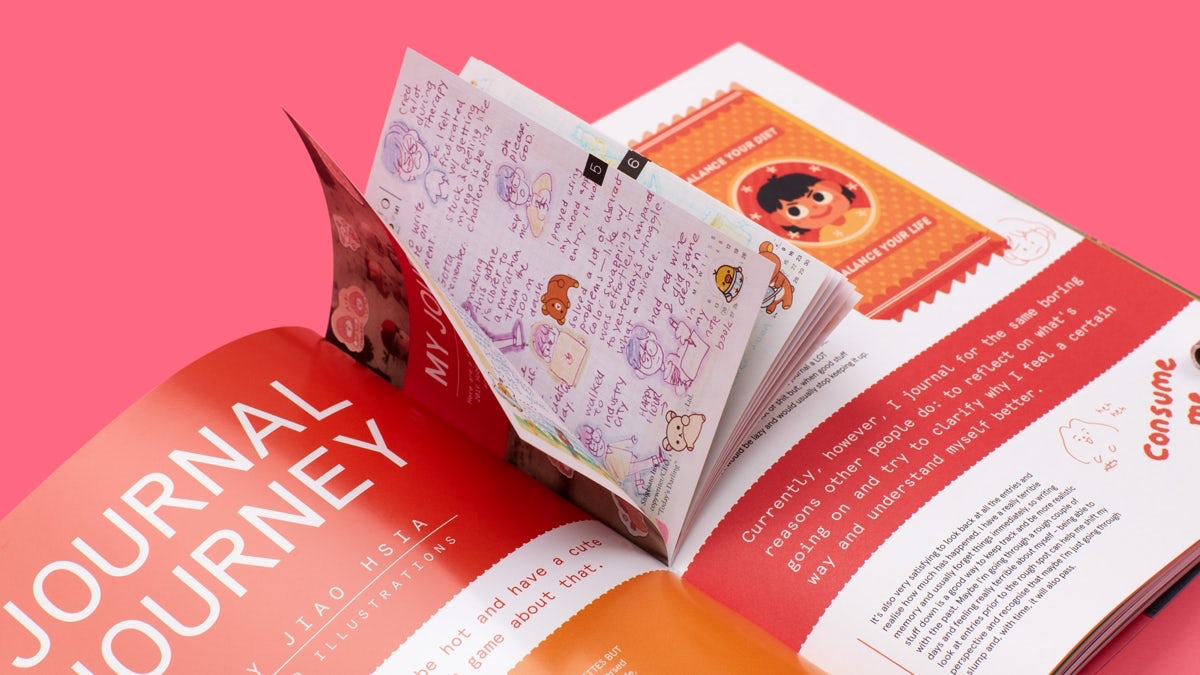 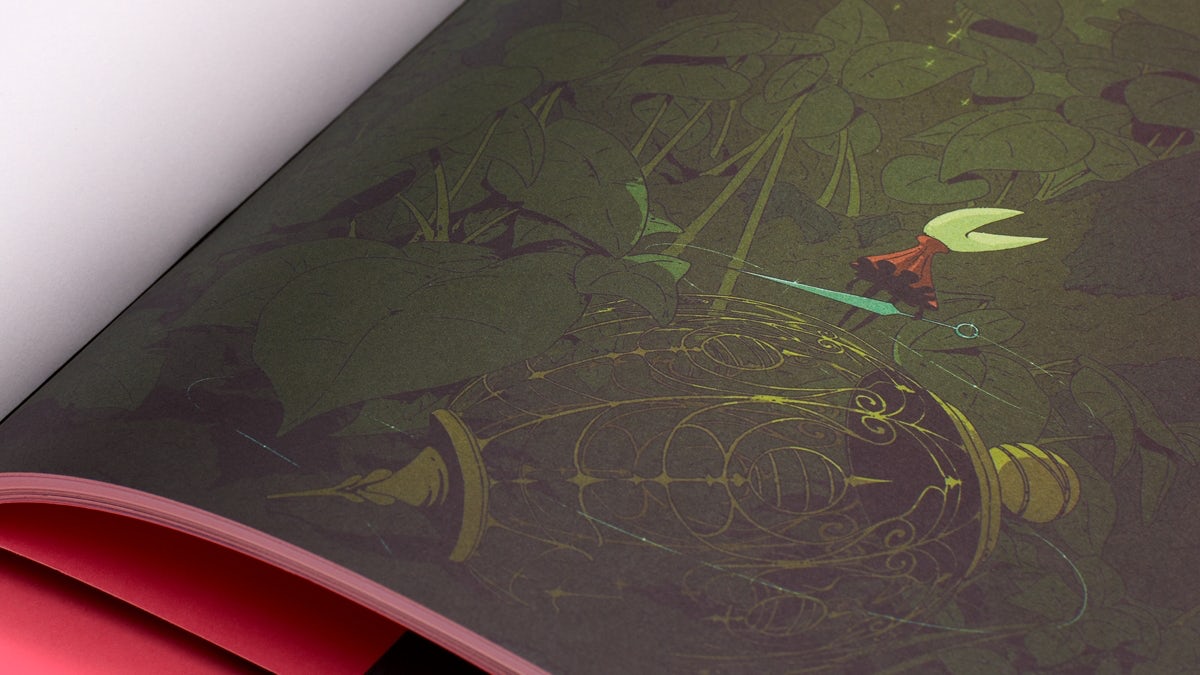 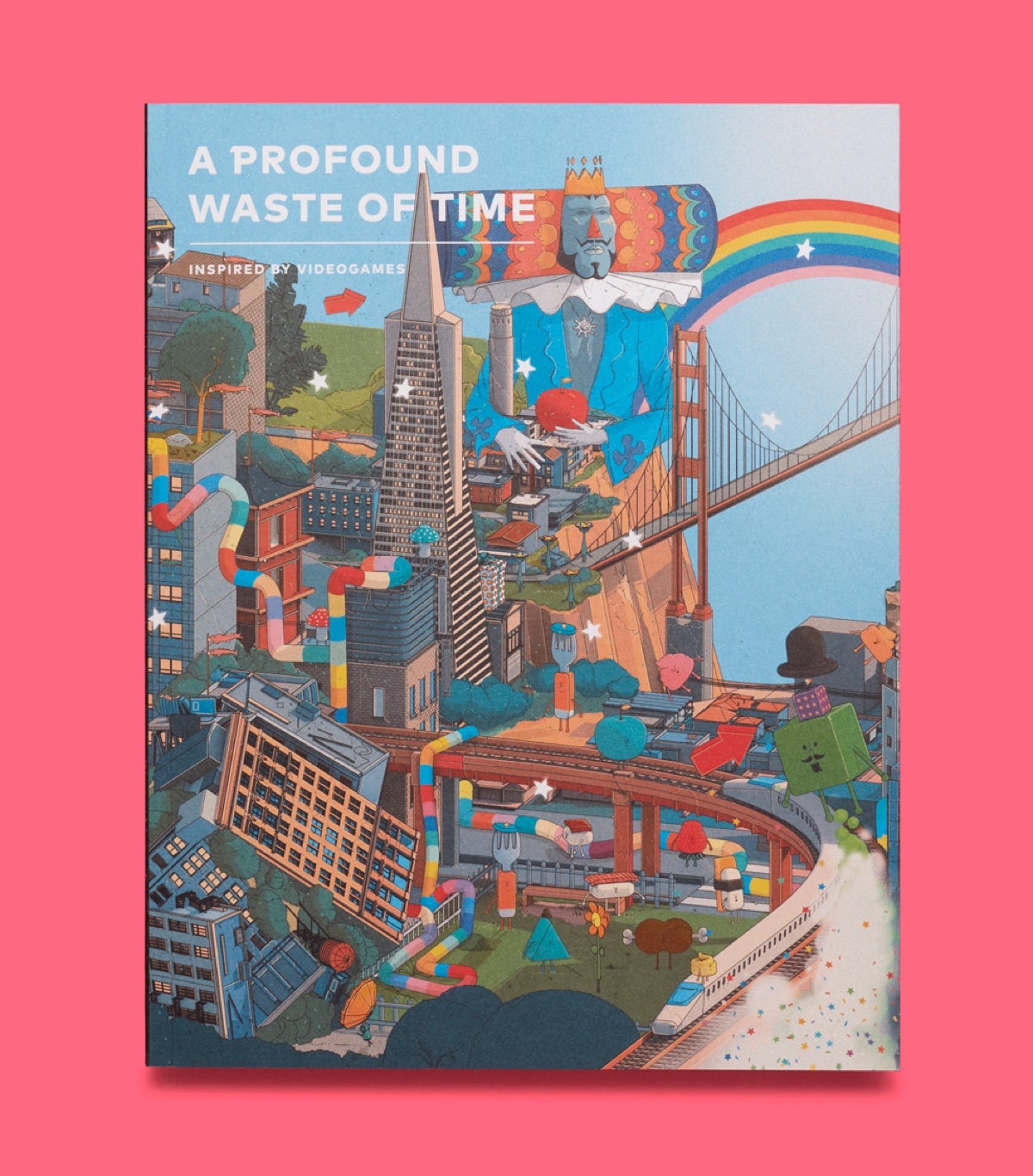 As well as a fascinating read, APWOT is a beauty to flip through. There’s oodles of commissioned imagery, different paper stocks and, halfway through the mag, a surprise in the form of a mini replica of one of Hsia’s journals. All in all, it’s a relatively rare look at the creative side of an industry that, to most people, is still relatively opaque.

A Profound Waste of Time is available to buy now; apwot.com