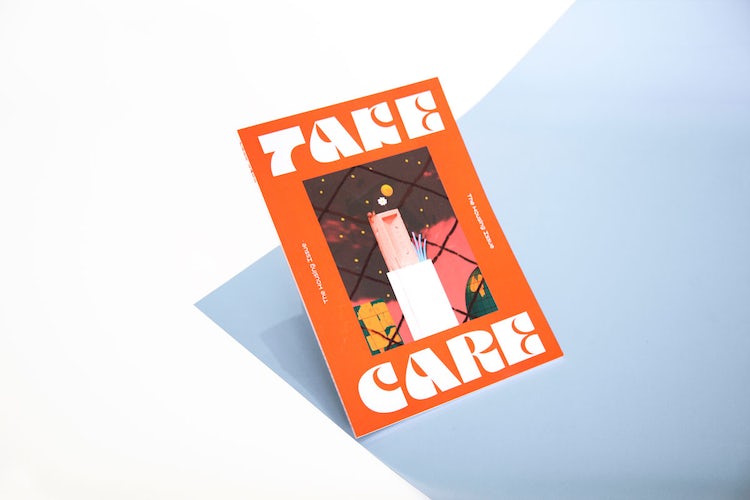 The brainchild of four Glasgow School of Art grads – Sarah Bethan Jones, Charlotte Fountaine, Romany Rowell, and Frances Gordon – and journalist Lewis Gordon, Take Care was born from the group of friends’ mission to tackle a subject that had touched all of their lives in one way or another.

The topic that they would eventually settle on? Housing. “Some of the pieces originated from our personal experiences, so Fran lived in a housing guardianship scheme, Romany’s parents actually helped set up a housing co-op in Lewes,” says Gordon. “We wanted to give a creative response to the housing crisis and get people involved in telling their own stories about living through it, to create something digestible and relatable.” 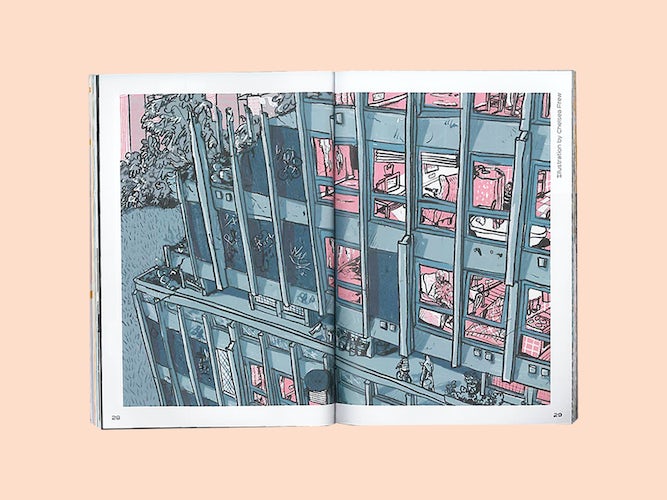 The timing of the zine feels significant; barely a day seems to go by without another damning report claiming that England ‘needs millions of homes to solve the housing crisis’ or bodies such as the Public Accounts Committee accusing the government of prolonging the problem.

The idea behind Take Care is to be an antidote to the mainstream news agenda rather than just another angry voice, featuring a collection of creative responses to the housing crisis that range from poems to personal meditations.

“We love the fact we can go from a very panoramic look at the machinations of the crisis on Land Into Money, which is an interview with a practising social housing architect who’s also part of the radical Architectural Workers group, to Tide Adesanya’s deeply personal piece on the nature of home. That scope is invaluable in telling the story of something as often all consuming as the housing crisis,” says Gordon.

Unsurprisingly, the Grenfell Tower fire and how it intersects with the housing crisis features heavily. Gordon interviewed the director of On The Ground At Grenfell, a documentary made in its immediate aftermath, and the team has also curated and anonymised a variety of comments left on social media in its wake to demonstrate the anger, sadness, and frustration towards the tragedy and its subsequent handling by the local authority. 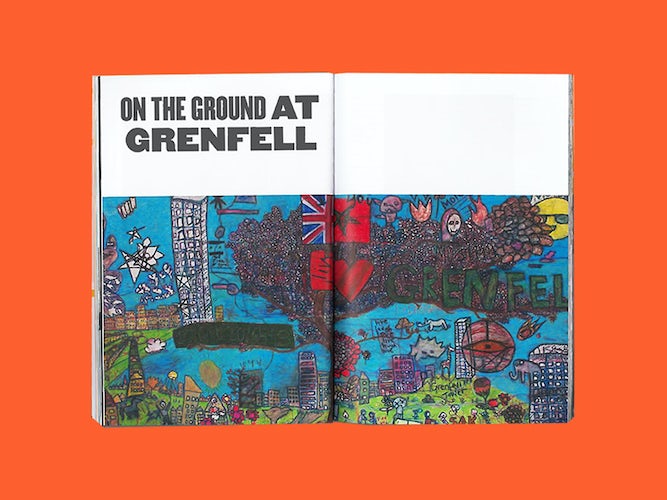 When it came to designing the zine, the team took inspiration from building foundations and the linear shapes of tower blocks and houses, along with the breakdown of a system, which can be seen with the odd aspect being off-kilter. Orange is used as the signature colour throughout, in homage to the humble brick.

“There’s a huge range of writers, artists and subject matters showcased throughout the magazine, and we wanted the design to reflect this diversity. Each piece has a different, unique layout, much like each person’s experience of the housing crisis,” says Gordon. 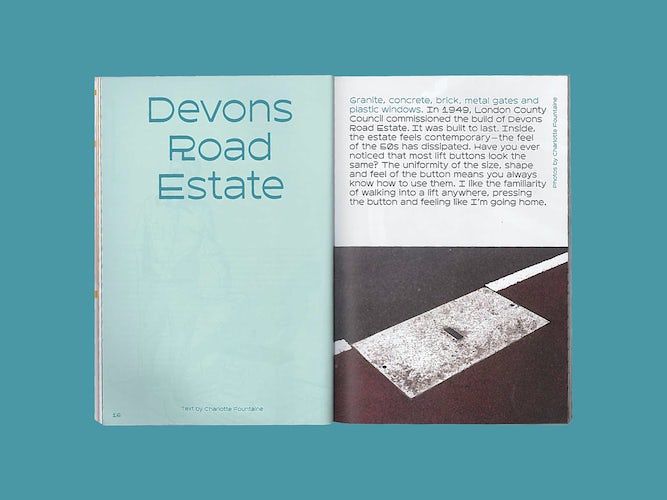 Looking ahead, the team is working on plans for a series of Take Care posters, which would function as “mini visual thought pieces”, and possibly a follow up zine on another all-encompassing subject: food.

Their main hope, however, is that Take Care will make an impact on the UK’s housing crisis in its own, small way. Gordon urges readers to flick to the short manifesto towards the end of the zine, which includes practical advice, info on local activist groups and further reading and information available online. “We hope it can be informative in a more digestible way than some information available, make people realise they are not alone, and inspire action,” he adds. 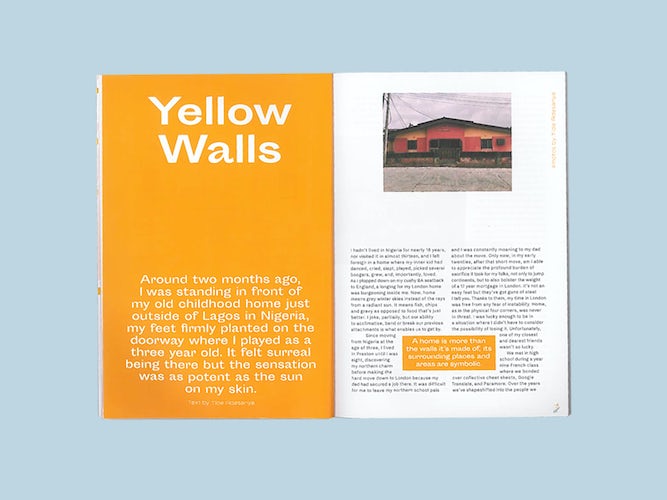