Kingston University’s Graphic Design degree show includes a number of collaborations. Students were encouraged to work together on multi-disciplinary projects throughout the course – here, we’ve highlighted some of the group efforts and individual portfolios that caught our eye. Projects span furniture design, graphics, branding and service design and range from Trump-themed computer games to an imagined identity for an independent London. 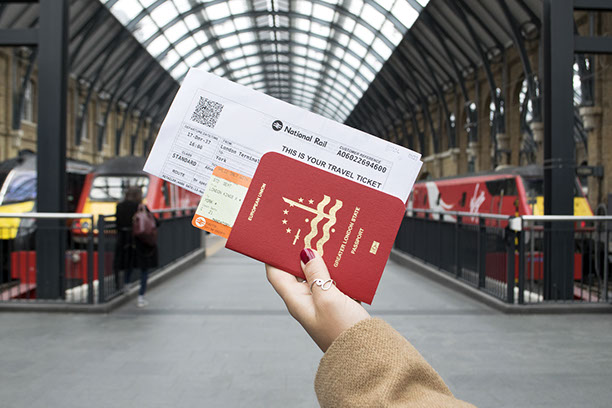 Ruth Gardiner’s Londependence project examines what might happen if London were to become independent from the rest of the UK. The project was created in response to a petition calling for Mayor Sadiq Khan to make London an independent state following the Brexit referendum in June last year (nearly 60% of people in the capital backed the Remain campaign).

Gardiner designed a London passport and a flag for the state of Greater London, which combines elements of the EU flag and the symbol for Greater London Council. She also mocked up newspaper covers and wrote articles imagining life in the newly independent state – one where people must carry identity cards with them at all times and use a different currency to the rest of the UK. Gardiner says the project aims to encourage people to stick together by highlighting the dystopian reality of an independent London. 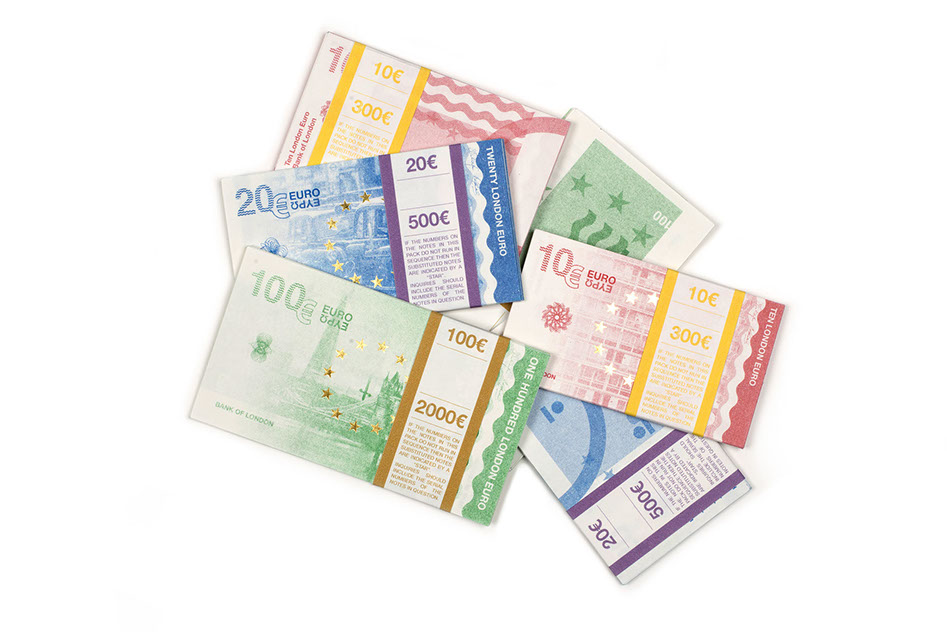 Eddie Olin’s portfolio spans furniture design, graphics and guerrilla advertising. Inspired by the fact that a large percentage of adults struggle to assemble flatpack furniture, Olin created a range of items that can be assembled without using tools. There are no dowels or Allen keys, just large bolts that can be screwed in by hand.

“Instead of being a hidden internal feature the bolts now become part of the furniture’s unique visual character,” explains Olin. “The relaxed nature of the bolts carried over into the Memphis-influenced asymmetrical designs. Bright, non-uniform shapes cut in a higgledy-piggledy manner complement the simplified bolt assembly.”

Olin’s portfolio also includes a set of chairs created for Re-Form Design Biennale in Copenhagen. He used a 3D printer and scanner to reinterpret furniture designs by Dutch designer Gerrit Rietveld, exploring the differences between human and machine-made design.

His Welded Words tote bags, created with fellow Kingston graduate Sam Eccles (samueloceaneccles.com), are the outcome of research into PVC welding techniques. Olin and Eccles create a range of bags that are fixed together with typographic welds. Debossed words running down the sides of each bag hold the fabric together. The pair are currently developing a further range of products using the technique.

Lauren Doherty’s portfolio includes a number of projects that encourage interaction and collaboration among creatives. She designed a set of stickers that creatives can fix to the front of their laptop to indicate their skills to represent key skills such as photography and coding. The stickers are designed to spark conversations among creatives who work in cafes or co-working spaces.

She also co-founded a breakfast club at Kingston and ran a series of making workshops based around word games to raise money for the course degree show as well as a drawing machine that encourages designers to work co-operatively.

See more of her work at laurendoherty.com

Grace Belben’s Memed to the Whitehouse project explores the power of memes in last year’s US presidential election and the growing need for politics to entertain. Belben created three Trump-themed games: in Snakey Trump – a twist on classic Nokia game Snake – players must get Trump to the White House without bumping into either Hilary or a wall. The aim in Meme Break is to collect as many memes as possible and in Mission Impossible, players must keep Trump afloat and avoid towers of moving memes.

James Richardson, James Bull and Matthew Lewis‘s Maze Face game was created with social media in mind. Players have to wear a plastic maze on their face and guide a chocolate ball into their mouth with help from their teammates. They are also encouraged to film and share their efforts on social media using the hashtag #mazefacerace. It might sound silly on paper – but it’s easy to imagine this becoming a hit on Facebook or YouTube. The project was created in response to a New Blood brief to create a new game for manufacturer Hasbro.

Celia Delaney and Rachel Dawson‘s Pearson New Educators scheme aims to get 11-18-year-olds interested in teaching through helping out with workshops and classes in their local community. The scheme was devised in response to a D&AD New Blood brief from educational publisher Pearson to rethink the future of education. Young people can register via an app and see events taking place in their area that match their skills and interests. Local organisations can also use the app to search for young people interested in teaching.

Delaney’s portfolio also includes Merz – an app that categorises artworks in various cities by themes, offering a new way to explore public art. Users can search or browse themes from Africa to Feminism to find a list of related to artworks. They can then click on artworks to find out more or browse maps listing the locations of relevant artworks.

Josh Ellis’s website is currently under construction but his portfolio includes a number of interesting collaborations with fellow Kingston students. He is currently working with Kingston Illustration and Animation graduate Katie Browne to create Charlie – a wearable device that encourages children to be more active. The device looks like a watch and uses GPS, accelerometers and temperature sensors to detect activity. Physical activity brings to life a series of customisable characters and the more children exercise, the more characters they unlock.

“Charlie works by taking data in from the user’s day to day activities and lets their own custom made character react in realtime,” explains Ellis. “This data also contributes to the user’s trophies which gives the product a competitive edge.” The project is in its early stages but the pair have developed some initial character and interface designs.

Ellis also worked with Rob Nicoll (nicollmade.com) and Danny Alvis-Cole (dannyalviscole.com) to develop an idea that aims to give new life to old cameras. The group created a series of plastic casings that make cameras designed for use with Kodak 126 film compatible with 35mm film (126 film has been discontinued but 35mm rolls are still in production). Another collaboration with Alice Dowdall (alicedowdall.com) resulted in a prototype for an adaptable wheelchair for children.

You can see a list of this year’s graduates and find out more about the exhibition at seekingstongraphicshow.co.uk

How Hornbach’s playful take on DIY made tools cool again

Why Ikea decided to let kids design its soft toys

Does Gucci’s scrawled logo spell the end of fashion’s blandification?