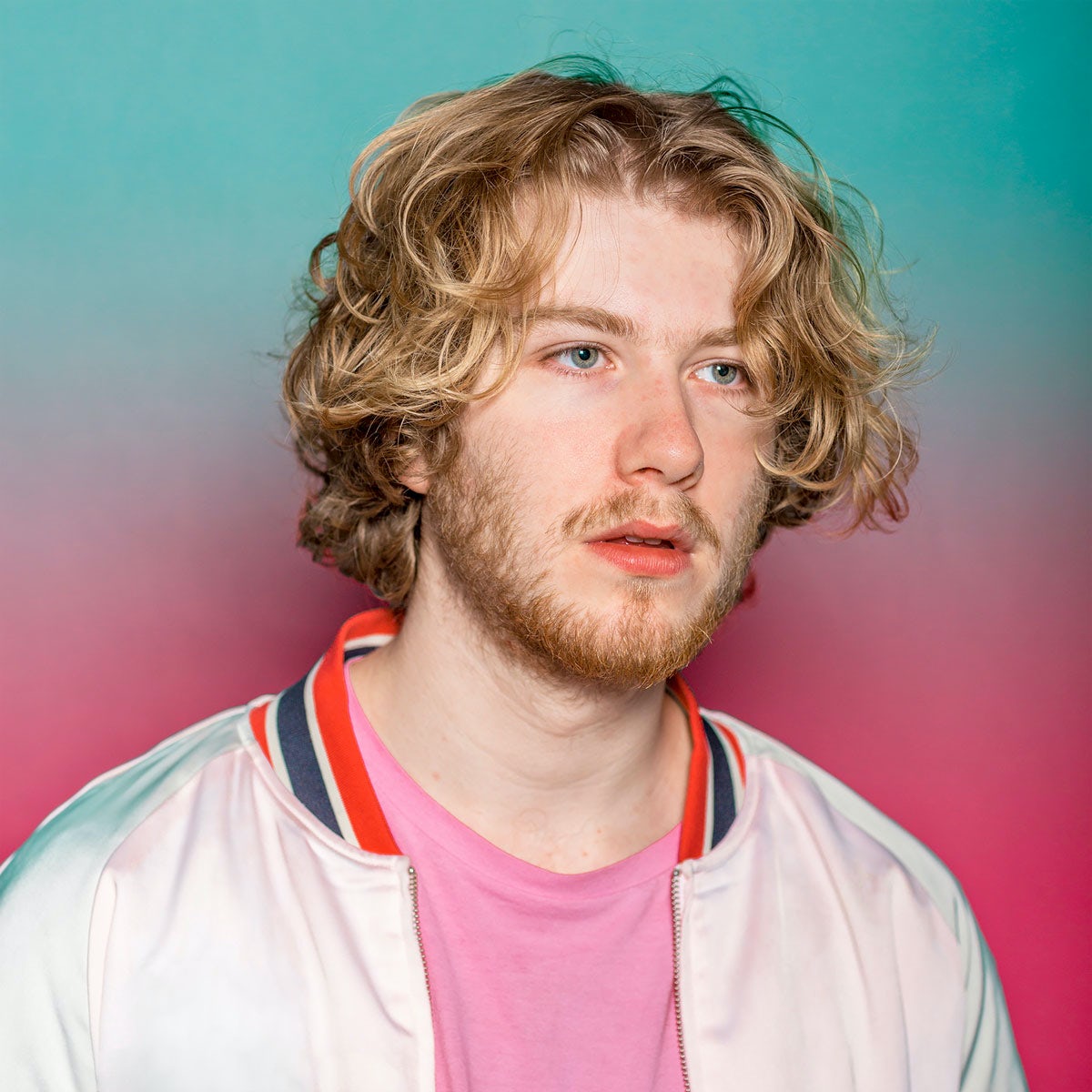 After dabbling with the prospect of a three-year maths degree, Eloise Shaw finally found her calling on Norwich University of the Arts’ photography course. With her distinctive, hyperrealistic images, Shaw was one of the standout students for CR at Free Range this year.

Creative Review: What led you to study photography?
ES: Three years ago when I first started exploring options for higher education, I was initially looking to apply for a maths degree. Deep down I knew that I wouldn’t be happy doing it for three years, and the only thing that I would enjoy was photography. When I visited Norwich University Of The Arts, I just knew it was where I belonged; in a quietly glorious city, with like-minded young creatives like myself. 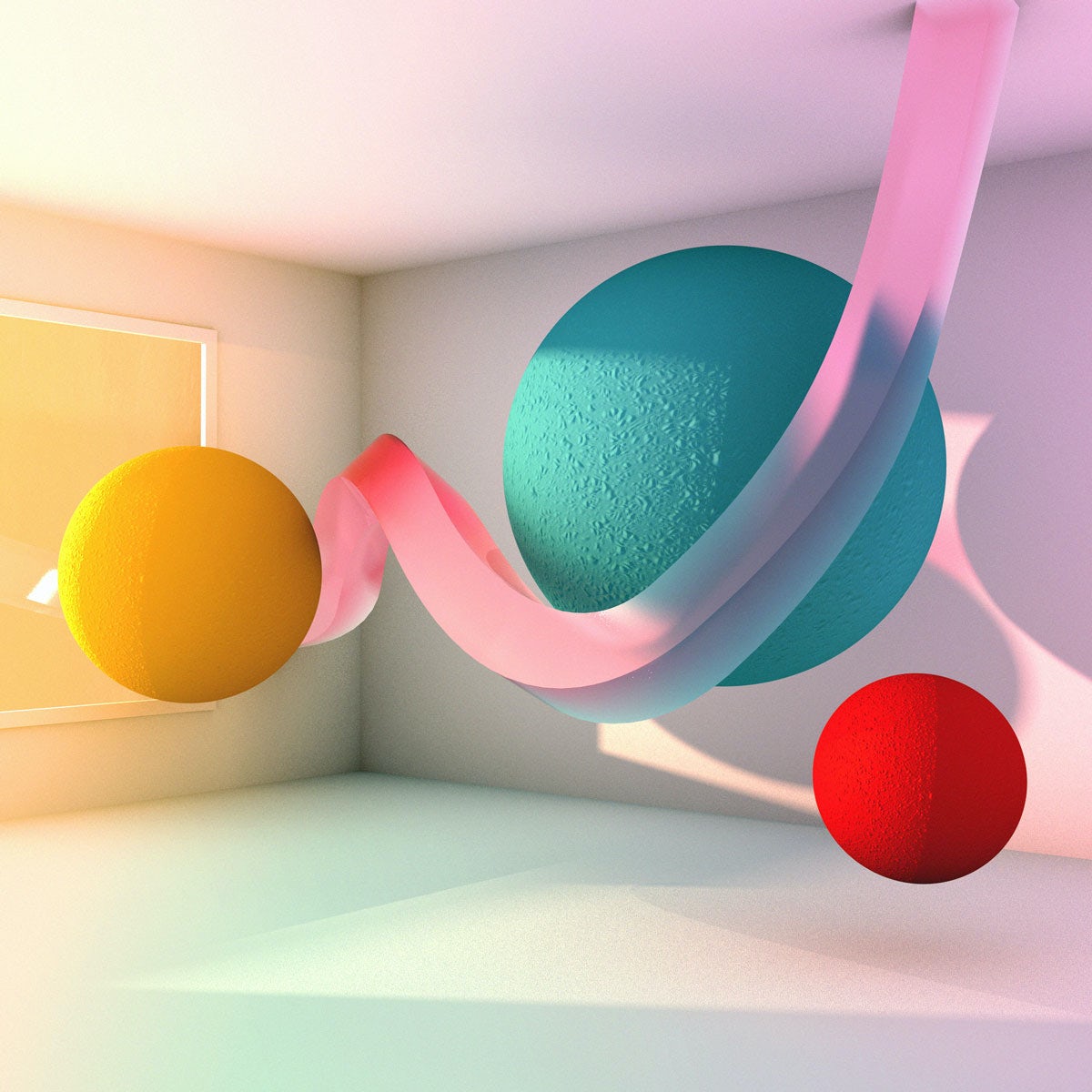 CR: Has any artist or creative in particular influenced your style of work?
ES: About a year ago I attended design and visual arts festival OFFF London, and knew nothing about CGI or 3D imagery. Two of the design studios that really stood out for me and inspired me to learn how to create CGI pieces were called Foreal and Future Deluxe. Foreal uses a grotesque sense of humour in its work, whereas Future Deluxe is a fantastic storyteller. It wasn’t just their technical skills that impressed me, but their general this-idea-is-crazy-but-let’s-just-go-with-it attitude made me think about how I could push my work too. The crazier, the better.

CR: What’s keeping you busy now that you have graduated?
ES: I just got back from an exciting weekend at Latitude Festival in Suffolk, where I was asked to be a part of ‘The Future of Art Hub’, where a few local, young artists got to display their work. Being a music fan myself (another great source of inspiration), I had a fantastic time, and it was really interesting to see how the audience interacted with my work, and explain my creative process to people that hadn’t necessarily heard of CGI. Apart from that, I’m always trying to learn more, whether that be technical or creative skills, and am continuing to work as a freelance artist. 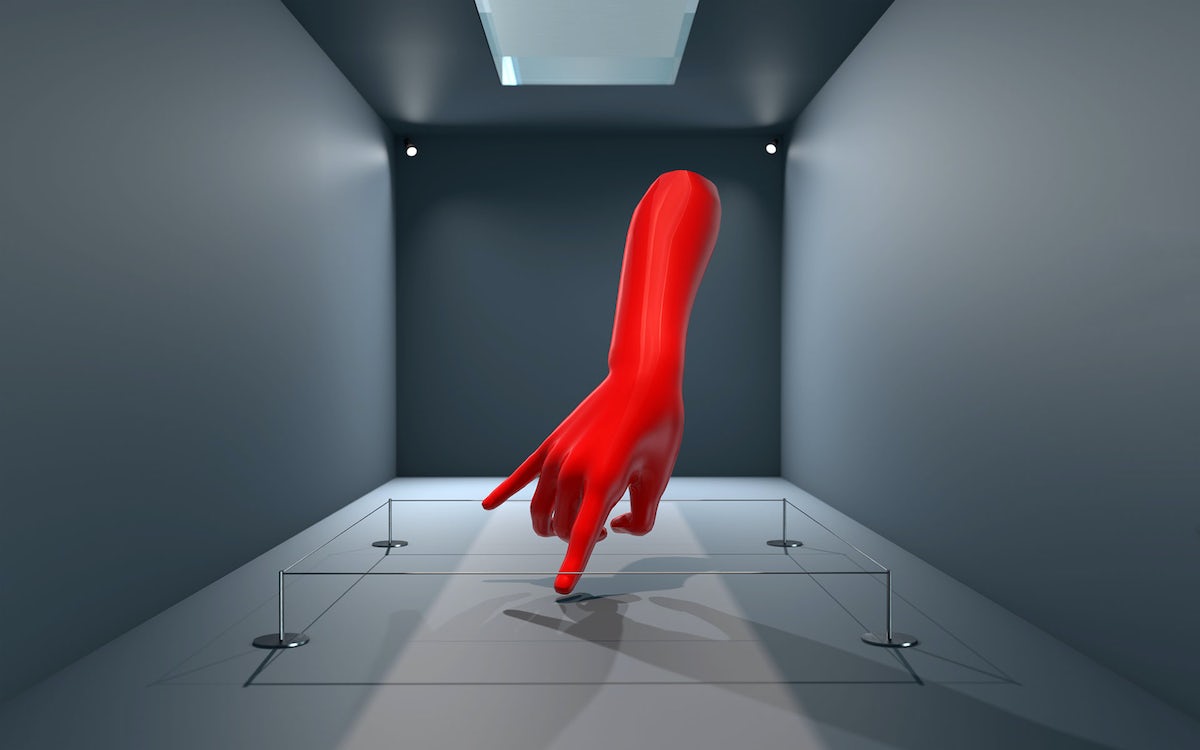 CR: Your dream project, what would it be?
ES: My dream project would be to create visuals for a musician or band that I’m fond of, whether that be album art, a music video or maybe even concept design. I spend at least 80% of my day listening to music, whether that be while I work on my computer, or if I’m in the shower. A lot of my visuals are inspired by popular musical culture, as I spend so much time watching music videos. While listening to a song I’ll often think, ‘what would this look like if I were to condense it down to a single frame?’

CR: What was the best thing you learned from your time at university?
ES: My time at university has allowed me to learn so much more than I could’ve imagined. Luckily, I’ve been surrounded by tutors and students that have encouraged individualism and hard work. Finding your own sense of style is incredibly hard at first, and you need a lot of courage to do so – especially to do it well. I’d say the most important thing I’ve learned is to trust your gut instinct, and approach things with an open mind. 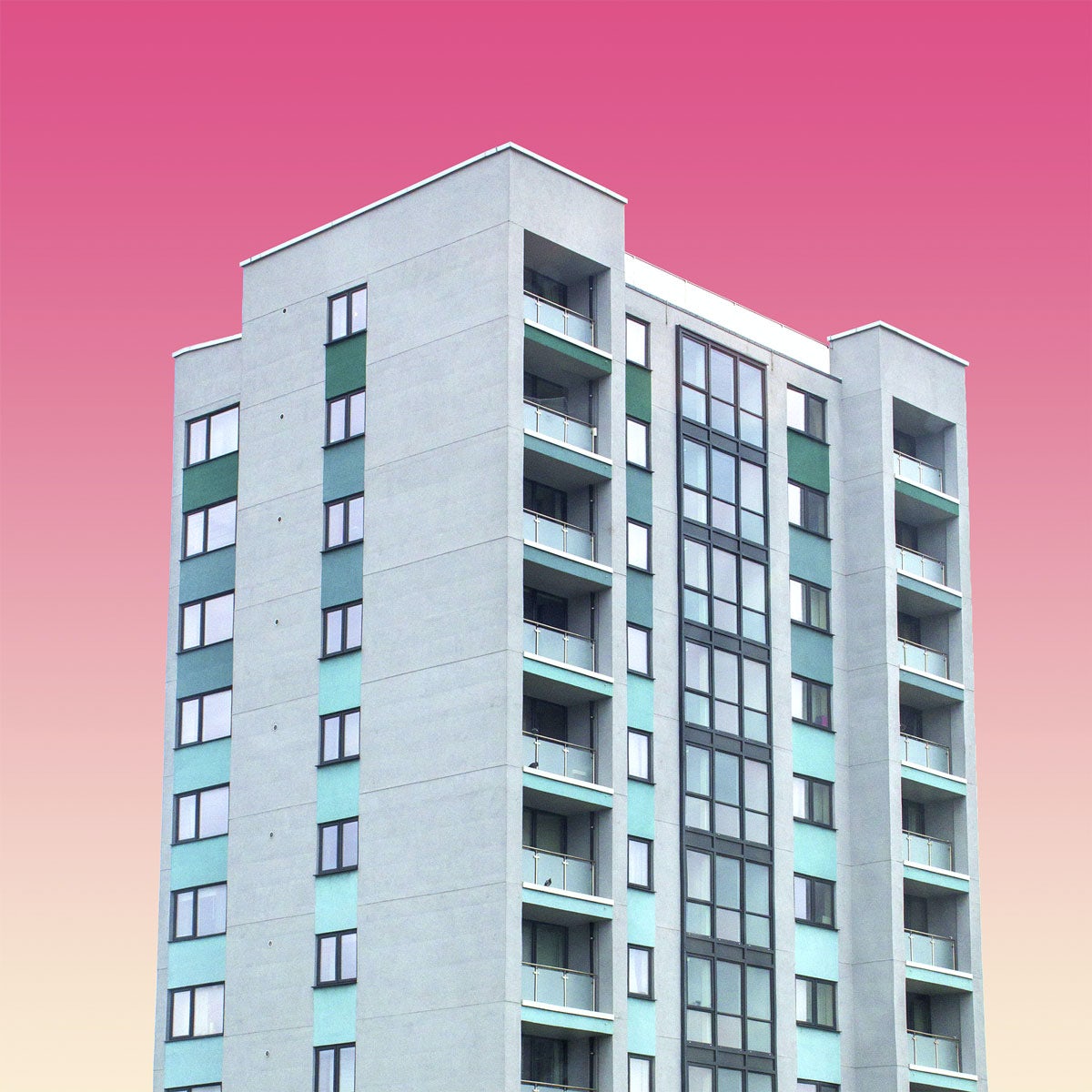 CR: Tell us a little more about the work you did for your graduate show?
ES: For my graduate show, I placed one of my recent CGI pieces next to a photograph I’d taken at the beginning of my third year. Both of the images were created within separate projects, but when it came to the curation process of my degree show I realised how they worked well together stylistically. Both have a sense of hyper-realness about them and a strong use of colour, which a lot of my work does. I was even lucky enough to have my Colourful Balls piece (I need to come up with a better name for it!) used as the branding for the whole NUA degree show.

CR: What’s the best piece of advice you’ve been given so far?
ES: I received a wonderful yet strange piece of advice from a fine-art photographer called David George. He told me that how to approach your work is to not go through the front door, but the bathroom window. Think hard about how you can make your work fresh, new and exciting to allow it to push the creative limits. He also said not to treat your audience like they’re stupid, really try to challenge and engage them. 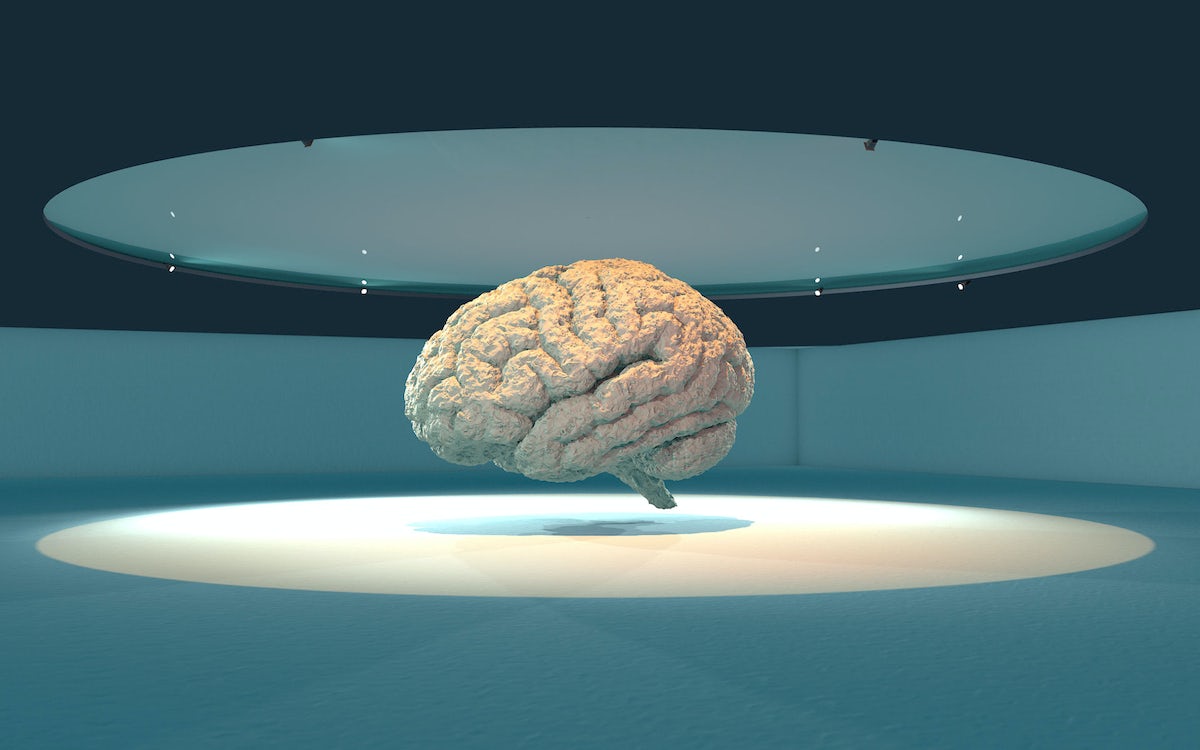