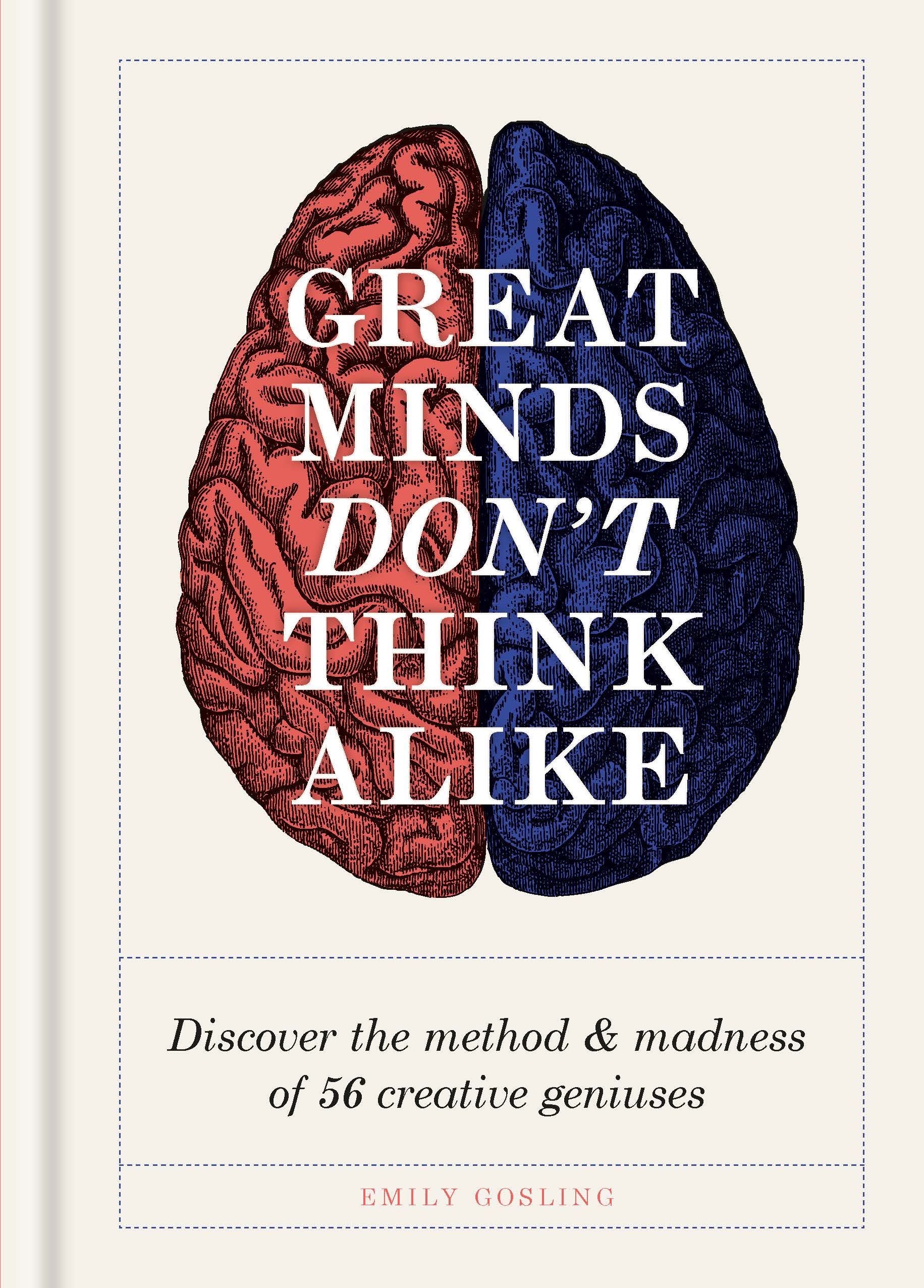 In the extract below we discover the surprising and inspiring working habits of five of the most exciting creative minds across design, film, art and music: Christoph Niemann, Milton Glaser, Wes Anderson, Wolfgang Tillmans, and Grace Jones.

New Yorker illustrator Christoph Niemann’s delightfully clever visual puns often appear so simple that it could be easy to dismiss the work that goes into them. In his Sunday Sketch series, for example, he sat down each week and took an object — for instance, a coin, an ink pot, pencil shavings — added a few brushstrokes around them, and transformed them into a scoop of ice-cream, a camera, and a broken flower, respectively.

That the detritus scattered throughout Niemann’s Berlin apartment can be as much a part of his toolbox as his inks and brushes is thanks to his talent for seeing the visual possibilities in the commonplace — a talent honed by a great deal of work.

Niemann says he sketches “all the time”, and it’s only through constantly drawing that he arrives at the kernel of a great idea. Crucially, he rarely gives up on an image, even if it seems it isn’t working: often he’ll create an image a few times, consider it to be “terrible”, put it aside, and then go back the following day and see the strength in it. Mistakes are nurtured, rather than rejected.

The most important thing in the creative process, according to Niemann, is to avoid shortcuts, and to never be thinking about how you can make creating “faster or better”. Essentially, it all comes down to hard work, putting in the hours, and a great number of scrunched-up killed sketches to make something look like it was effortless.

Designer Milton Glaser is behind some of the most recognisable logos, identities, and graphics of the past 50
years. Clearly he’s had some great ideas, and he firmly believes that creative block fundamentally doesn’t exist. To be a great designer involves skill — he’s a huge advocate for designers honing the craft of drawing — and sharpening your powers of observation to ensure that as a creative you are always truly “seeing” the world.

Idea-generation is all about making connections, constructive play, and working hard until something forms on the paper or the screen that works for that particular project. However, he concedes that the best ideas don’t always happen when you’re trying to force them into being. When he was creating his I
Love New York logo (better recognised as ‘I [Heart] NY’), the idea came to him in the back of a cab. How? Because he is “always in a receptive state”, as he puts it, “I don’t have an idea that there’s an ‘appropriate’ time for work.” Very often, he says, an idea for a project he was working on yesterday, or intends to work on tomorrow, will come to him when he’s doing something totally unrelated.

That 1977 design is as ubiquitous today as it ever was, and Glaser attributes that to the fact that he made it from a place of clarity: it wasn’t for an agency or client, but was created as a succinct reflection of what he saw that the people of the city were feeling at the time. True creativity involves letting go of preconceptions about what you’re seeing, or what you’re about to see, and using the powers of observation in the here and now. Otherwise, he says, “you don’t really see it”. 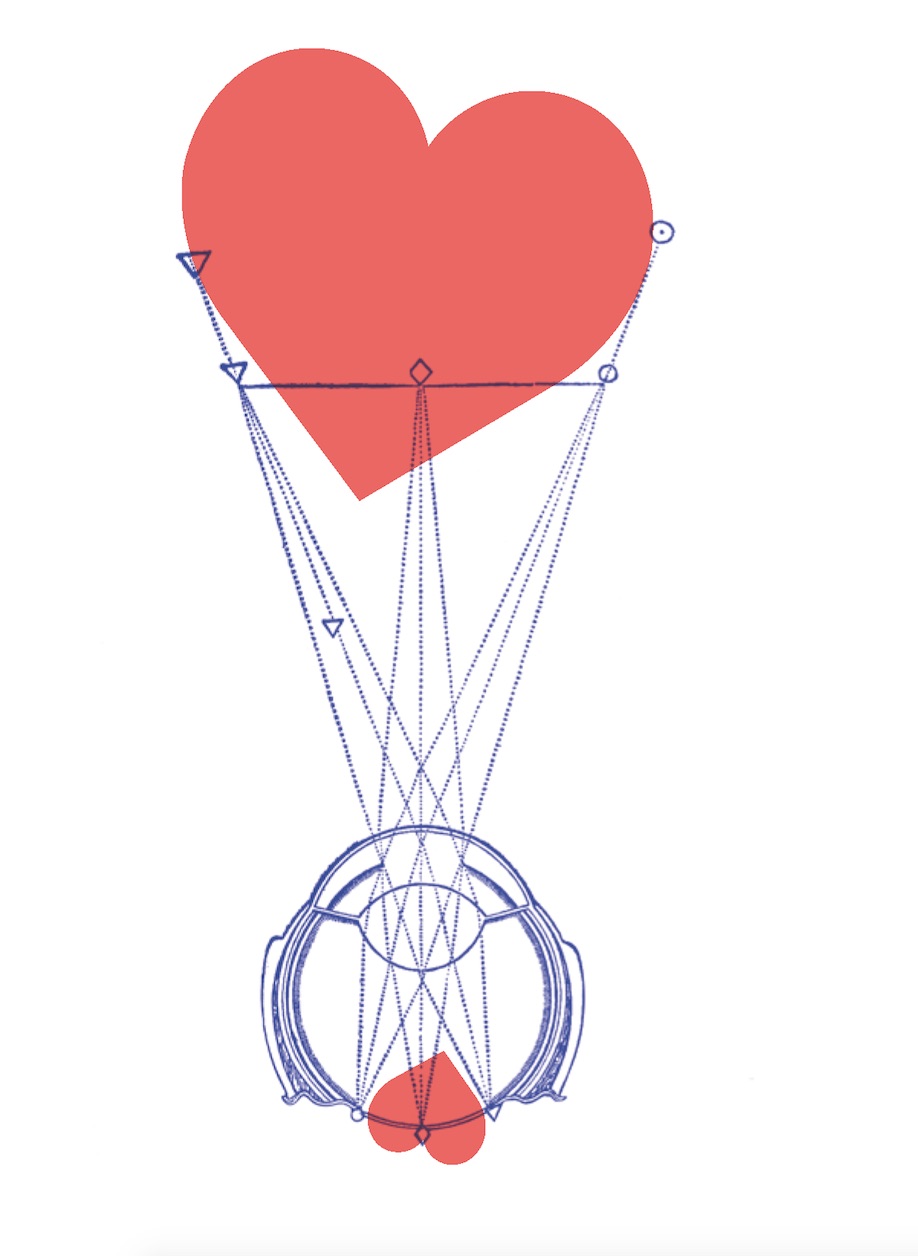 Wes Anderson is known for creating intricate worlds in his films, characteriSed by striking color palettes and meticulously orchestrated wide-angled shots. Every last element of the set — whether in or out of shot — corresponding to the director’s precise vision.

Such vivid cinematic universes are crafted through a mix of research, script and character development, and planning. Google Earth was used to initially scout locations for Moonrise Kingdom, slowly narrowing in on the perfect places, which then, in turn, inspired the details. In preparation for The Darjeeling Limited — a film about three brothers quarreling their way through a pilgrimage across India — Anderson toured Rajasthan by train, essentially pre-enacting the brothers’ journey with co-writers Jason Schwartzman and Roman Coppola. The experiences and references discovered through research are all brought into play in the creation of each film.

The director then translates his broader visions to the screen with superlative attention to detail. His obsessive approach is revealed through the tales of Moonrise Kingdom’s graphic designer, Annie Atkins, who has said that 30 or 40 copies of each prop were made by hand to ensure there were enough to withstand the potential number of takes that might be shot. Even props barely seen on screen for a couple of seconds are given the utmost consideration: the postage stamps in The Grand Budapest Hotel are barely visible, but an illustrator was commissioned especially to create them.

All these exactingly fabricated pieces of ephemera and the intense pre-production planning are what ultimately make Wes Anderson’s visions so compelling, elevating his films from lush fantasies to strangely convincing worlds. 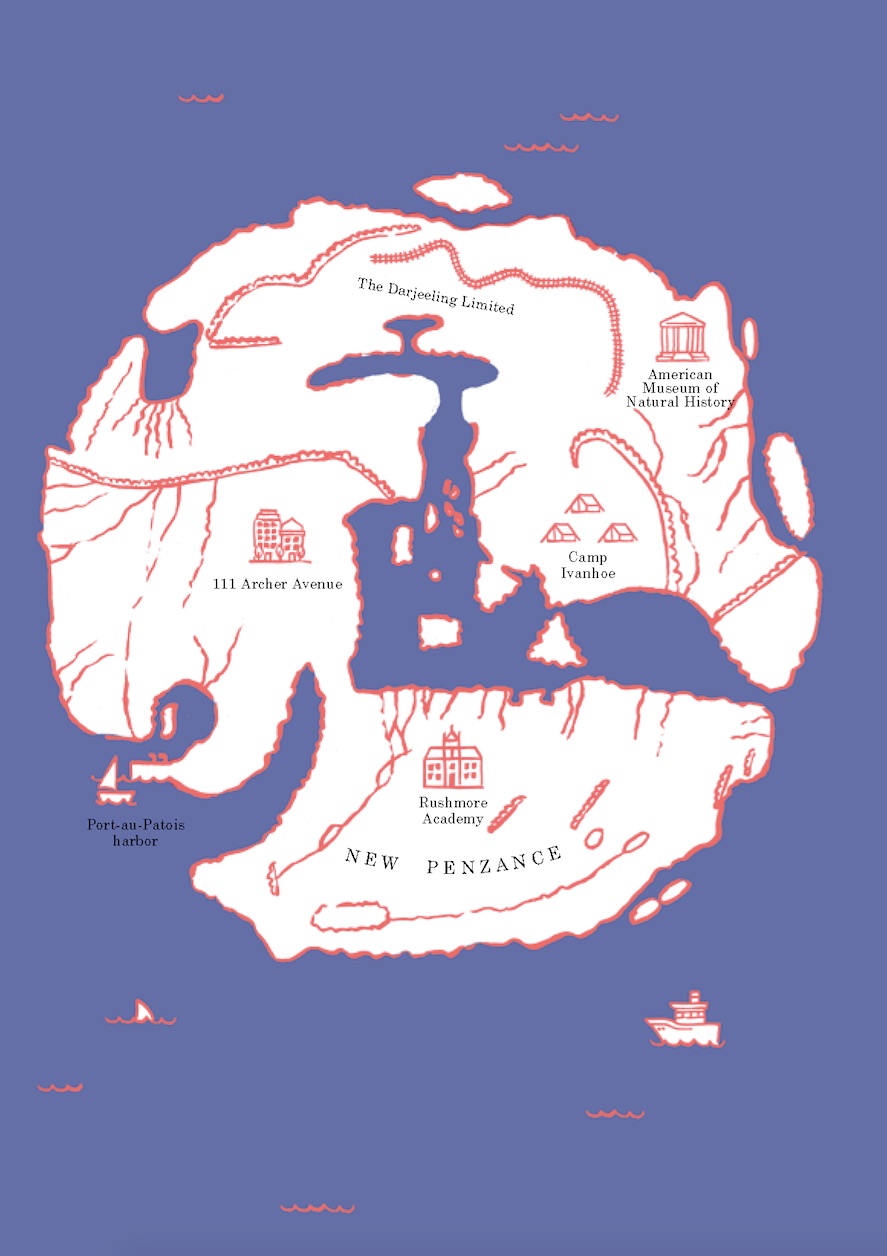 He has always worked from a standpoint of being in the here and now. Early on in his career in 1988 he was entrenched in the acid house and techno club culture of Hamburg — an “all-encompassing” and wildly exciting experience that he felt compelled to communicate. He bought a $15 flash and began photographing clubbers and club scenes. Tillmans sent the results into i-D magazine, and his photographs were published. “It was this very immediate thing,” he says, “I wanted to capture how amazing the scene was.”

This air of spontaneity permeates even his carefully constructed fashion shoots, as well as the still lifes that seem like nonchalant records of banal moments—the stain of watermelon on a clean white plate, or the view from an airplane window. Tillmans embraces the role of chance in making work, so that even when meticulously arranging his objects for an installation to shoot or corralling his subjects, his results are often unexpected and
feel liberated from overt staging and artifice. Not only does this make the quotidian fresh and exciting, it also imbues each image with a sense of intimacy.

For Tillmans, the joy of photography is that in the instant that you press the shutter, even the most familiar scenes, people, and experiences are seen afresh: “in that second it is all active.” He lets the subconscious mind take over and embrace a single moment to make an image. “Many artists try to predict what will look good forever,” he says. “It’s impossible. There is only the here and now.” 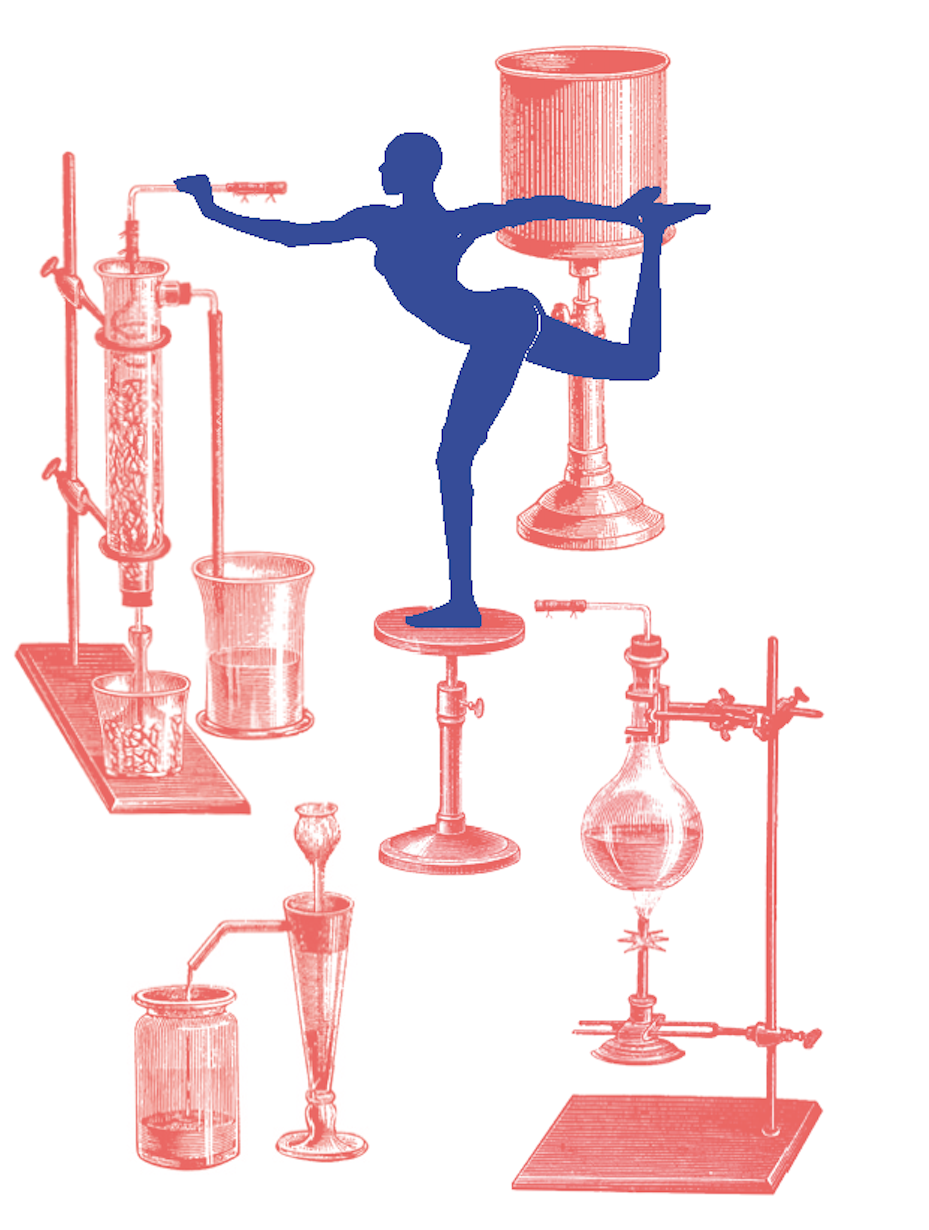 The formidable Grace Jones has long lived by the maxim “try everything at least once. If you like it, keep trying it.” This has included a variety of drugs, modeling, clubs, hairstyles, and men. Jones’s powerful determination ensured that even though she knew she didn’t have the best voice, she was undeterred in pursuing her goal to become a singer. And even when she was a wild, high, party animal, she never
lost control of herself.

Her confident, experimental outlook also means Jones has never been afraid to simply move on to a new place or a new career avenue if the one she’s at isn’t getting her where she wants to be. To live the life of a true artist, she says, “you must always be travelling to new places and moving around”. That way, you’re constantly engaging with what’s going on in the world around you; taking in what’s been done already so you don’t repeat it, and showing your own take on it through your art.

So it was that Jones moved from her birthplace in Jamaica to New York when she was 13 years old, beginning her modelling career and soon becoming a fixture on the burgeoning disco scene. Yet by the time she was 18 Jones felt the city was “blocking” her — so she simply moved on, travelling to Paris, where her modelling career took off, and where, within just a few months, she signed a record deal and began recording music, achieving her goal.

Tanya Livesey on burnout and how to prevent it