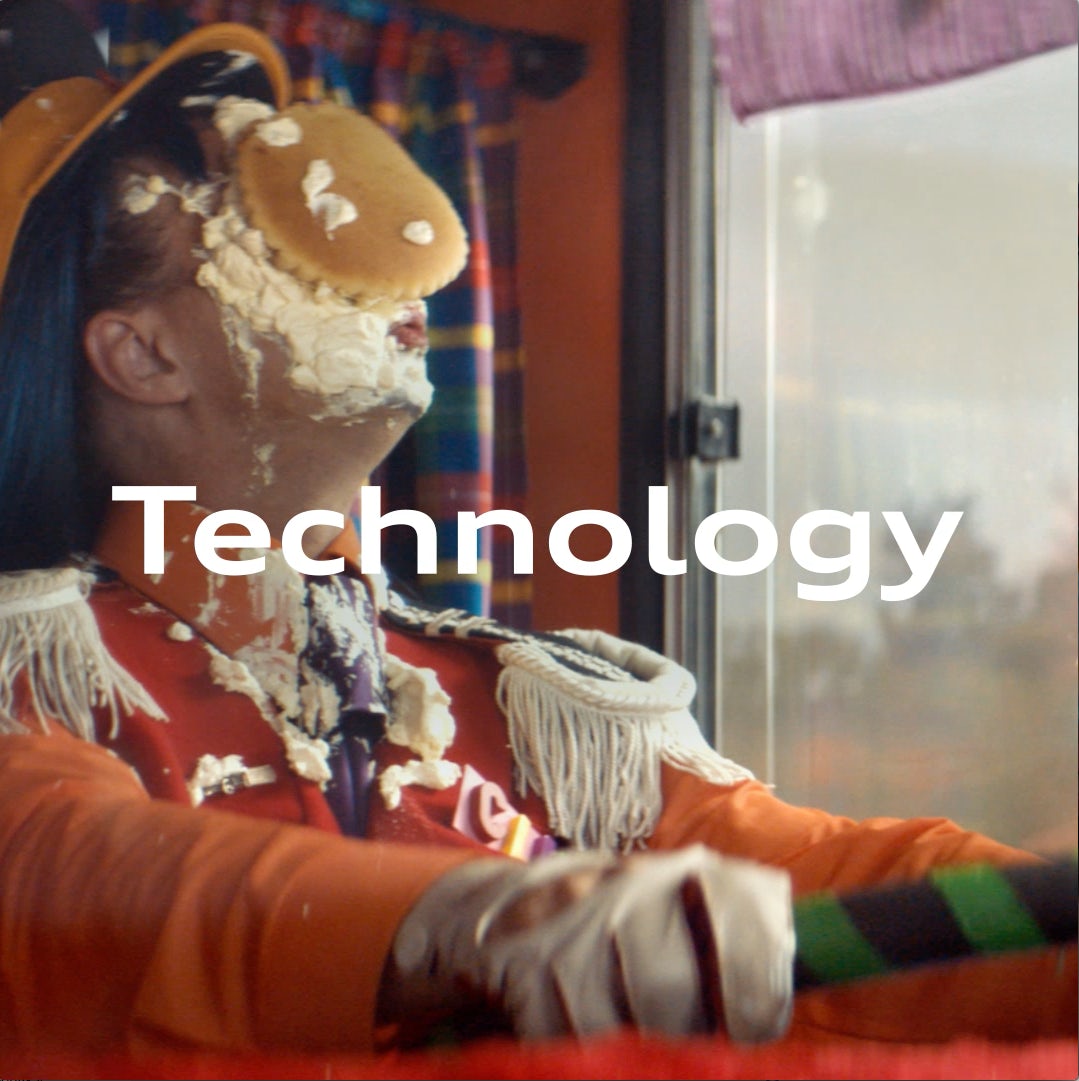 The Audi Clowns campaign promotes some serious features with humour, charm and style.

The TV ad was created to promote the brand’s in-car safety features. Directed by Ringan Ledwidge and conceived by BBH London, it follows a troupe of circus performers who engage in a number of road safety violations while driving colourful comedy vehicles, from applying lipstick while on the move to driving backwards. As Audi drivers encounter the wayward clowns on the road, in-car features such as cross traffic rear assist and adaptive cruise control kick in to prevent disaster.

The TV spot was awarded Best in Book – Commercials in the Creative Review Annual 2018 (you can read an interview with Ledwidge and Production Designer Nick Foley-Oates about the making of it here). We Are Social created two ten-second mobile edits for Facebook and Instagram: each one focused on a particular safety feature, and a Canvas ad explaining the technology in more detail was retargeted to people who had seen the edits.

“We know in today’s Feed that retention is key. Our objective for the campaign was to gain cut-through of the ‘Clown-proof technology’ featured in the TV ad. [So] we chose the two features that most explicitly showcased the technology and would be easily understood and digested by our audience in the ten-second clips. Additionally, we used typography to call-out the technology shown by name,” says Nick Dodd, Group Account Director, We Are Social.

“We also knew that bringing our branding up-front would generate a stronger brand recall, so we introduced the logo and an impactful overlay saying ‘Audi presents’ within the first two seconds of the videos.”

As the Clowns campaign relates to all new Audi models, the brand targeted a broad range of consumers. “The key segments were owners of SUVs, executive models and luxury saloons,” explains Rich Burgess, Social Media Manager at Audi.

We Are Social worked with Facebook Creative Shop to ensure the Canvas ad was optimised for mobile screens. The ad features a series of ‘silly situations’ from the TV spot, showing Audi cars responding to various dangers posed by Clowns on the road, and goes on to explain the ‘serious technology’ featured in each clip. Text and infographics are used to explain how each safety feature works. The ad also features some playful icons such as juggling hands and makes use of the pan-to-see and carousel features in Canvas (users can pan with their phone to see the Audi A8 Saloon parked between two comedy vehicles).

The campaign had 8.4 million views across Facebook and Instagram and Audi saw a 2% uplift in searches for ‘Audi technology’. The success of the mobile edits was also measured via a Brand Lift Study, which saw a 14 point lift in message association.

The Facebook and Instagram ads form part of a wider campaign that also included responsive out-of-home advertising, a media partnership with The Times and six-second ‘Bumper’ ads created for YouTube.

The Clowns campaign is proof that you can create engaging ads using existing footage – provided the concept is strong enough and you have some compelling visuals. But creating a campaign edit for social media requires more than just pulling a ten-second clip as an afterthought.

With Clowns, We Are Social have tailored content to suit mobile News Feeds (and in the case of the Canvas ad, vertical screens), adding text and graphics to clearly explain the function of each ad and the technology showcased within it. The resulting content is faster-paced – making it better suited to mobile News Feeds – but the story of the campaign isn’t lost as a result.

Facebook and Instagram’s Creative Hub was launched to help the creative communities understand mobile marketing. The online tool allows creatives to experiment with content formats – from Instagram video to Facebook Canvas – and produce mock-ups to share with clients and stakeholders. It also showcases successful campaigns created for mobile. Try out the mock up tool at facebook.com/ads/creativehub and see the inspiration gallery at facebook.com/ads/creativehub/gallery