Greenpeace UK has released an alternative Christmas ad that features a comedy roast battle between two of the main stars of Christmas lunch – turkey and potato. Created by agency Nice and Serious, the ad aims to highlight the impact meat consumption around the festive period has on deforestation.

Set in a dingy comedy club, Potato, played by comedian Annie McGrath and Turkey, played by fellow comedian and scriptwriter, Jack Barry hurl various burns at each other as the crowd whoops and jeers. It’s all fun and games until Potato goes one step further and exposes turkey’s dirty little secret.

“We all know your dirty little feed habit it destroying the planet!” she proclaims to a stunned Turkey. Potato then goes on to explain the impact Turkey’s feed has on the rainforest. According to Greenpeace, turkey has been gobbling up feed most likely grown on deforested land in South America.

“In fact, 90% of the soya imported to Europe is used for animal feed and two thirds of the UK’s soya is imported from South America, where it is a leading cause of deforestation,” says the organisation. “Over half the soya we use in the UK is fed to poultry. Using the Roundtable on Responsible Soya’s own calculator, Greenpeace UK estimates that an area of land the size of Glasgow would be needed to grow enough soya to fatten the 10 million turkeys Brits eat every Christmas.” 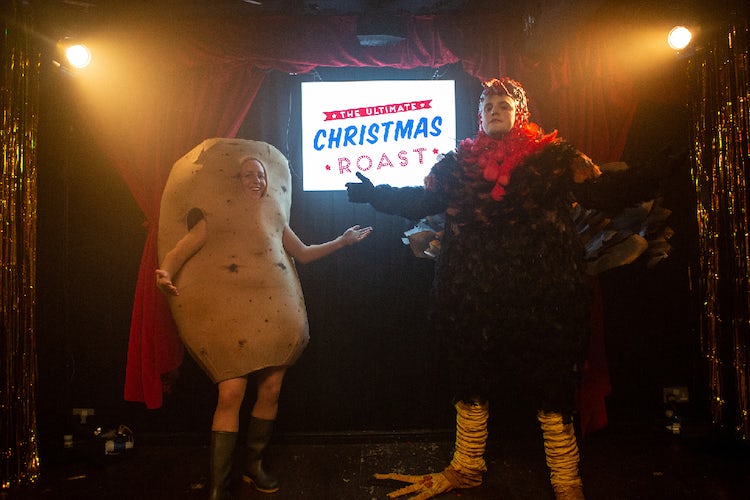 While the spot is at odds with the rest of the Christmassy ad offerings, it makes a point about our sometimes excessive consumption during this time of year and the retailers supplying us with the means to do so.

“We can all make a choice to eat less meat. The world’s top scientists say it’s vital to prevent climate breakdown. But supermarkets like Tesco, Asda and Sainsbury’s, who’ve all pledged to remove deforestation from their supply chains, bear a significant weight of responsibility,” explains Chiara Vitali, forest campaigner at Greenpeace UK. For Vitali, it isn’t about switching from one type of feed to another, rather it’s about “listening to the science and replacing most of the meat they’re selling with plant-based alternatives”. 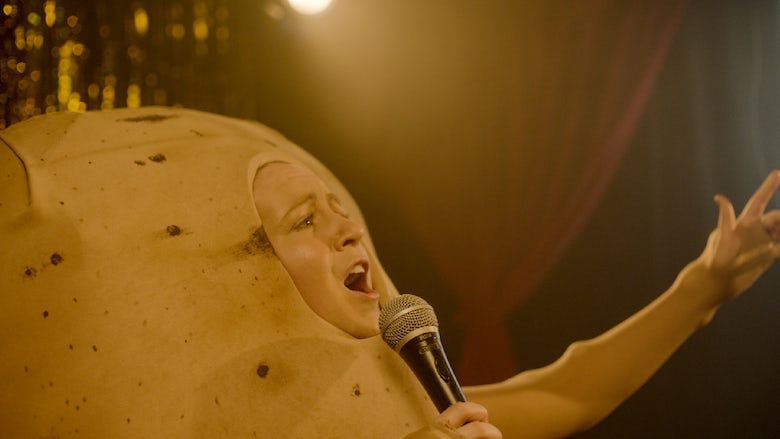 The battle for the top Christmas ad is typically between the UK’s top retailers and supermarkets, so it’s a smart move for Greenpeace to squeeze in with their own alternative ad. “To humorously expose the ultimate Christmas conspiracy, we brought two of the main ingredients of Christmas dinner to life in a gloriously surreal fashion,” says Peter Larkin, creative director of Nice and Serious. “With the rise in popularity of comedy roast battles, we realised we had the perfect characters to create the ultimate showdown.”

It’s a bold take on Christmas dinner, but it’s just one of many recent campaigns by Greenpeace that aims to really hone in on how our actions are directly impacting the planet. In 2018, the organisation teamed up with Mother to tell the “dirty story of palm oil” in an animated short and it has also targeted global brands including Coca Cola as part of its End Ocean Plastics campaign with Lovers. 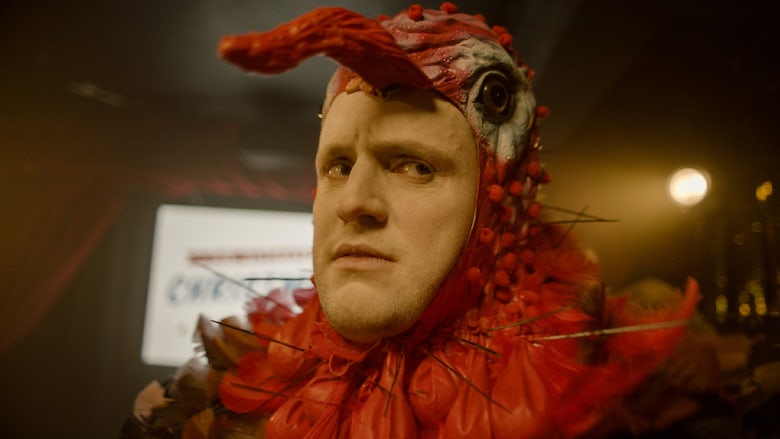