The two minute film portrays Johnson delivering a speech to the press outside 10 Downing Street where he talks about being a “global leader in tackling plastic pollution”, before a barrage of plastic starts to pour down from above.

The plastic creates a surge that floods Downing Street, carrying away Boris Johnson and Michael Gove (who is initially shown smirking in the background while Johnson speaks), whose characters are voiced by Matt Forde and Jon Culshaw respectively. While the film features beguiling animation, at the end it cuts to real footage of plastic waste that has been dumped and burned overseas, to highlight the devastating effects that UK plastic waste exports are having.

CG director Alex Scollay and his team used bespoke VFX data simulation, high-end CGI and modelling to create the dynamic flow of 1.8 million kilograms of plastic, with the individual items interacting with each other in a physically accurate manner thanks to Tyflow software. 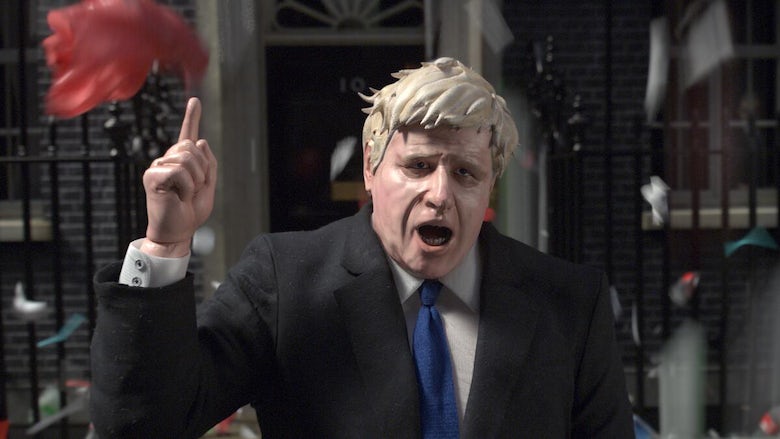 The film features accurate quotes from Johnson on the UK’s approach to plastic waste. “We didn’t want to put words into Boris’s mouth so we went through hours of interviews and speeches by Boris and the government where plastic pollution and the environment were discussed and quotes were extracted,” say directors Jorik Dozy and Sil van der Woerd from Studio Birthplace. “All statements in the film were made by Boris and the government.” 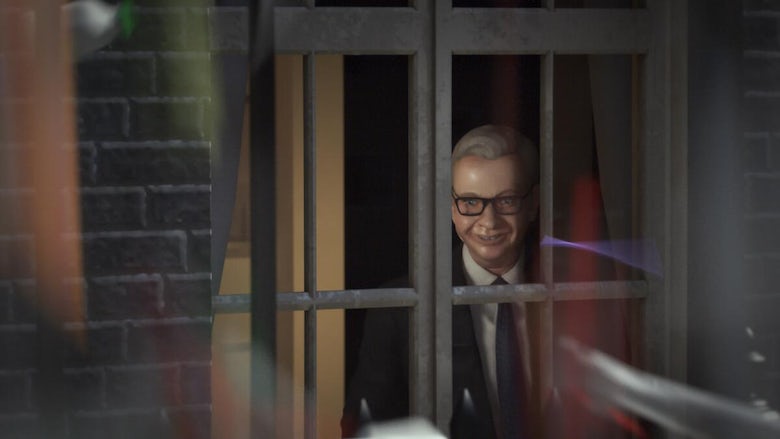 Greenpeace is calling for a complete ban on all plastic waste exports by 2025, and for the government to also set legally-binding targets to reduce single-use plastics by 50% by 2025. Greenpeace’s approach is supported by new opinion polling by YouGov that reveals that 86% of the UK public are concerned about the amount of plastic waste the UK produces.

“The plastic we carefully wash and sort for recycling is being shipped off to other countries where it overwhelms their waste systems and much of it ends up illegally dumped or burnt, poisoning local people and polluting oceans and rivers,” says Sam Chetan-Welsh, political campaigner at Greenpeace. “The government could put a stop to this but so far Boris Johnson is only offering half measures. We need a complete ban on all plastic waste exports and legislation to make UK companies reduce the amount of plastic they produce in the first place.” 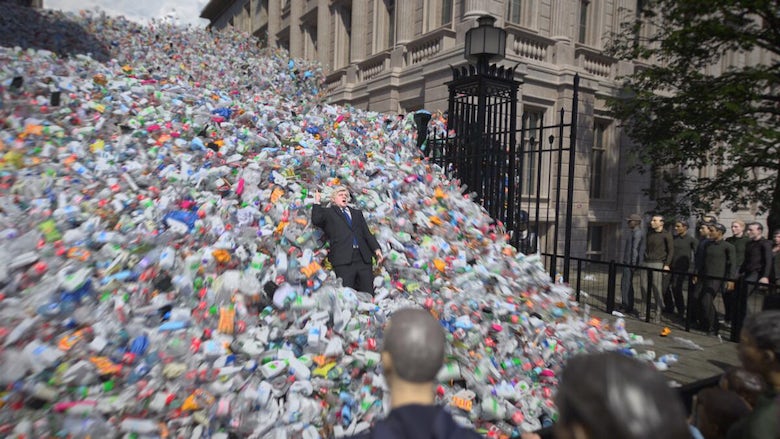