If you’ve spent much time in London over the last few years, chances are you will have seen the army of cranes on the south bank of the Thames that surround Battersea Power Station’s distinctive white chimneys.

The former coal-fired power station was first built in the 30s, before being decommissioned in 1983 and falling into disrepair. A huge regeneration of the 42-acre site began in 2012 led by architecture practice WilkinsonEyre.

With the development of the main site due to be completed by 2021, and set to include an array of residences, retail units, a new tube station and office space (Apple has already commited to making the site its new London campus), there is still much work to be done to realise the neighbourhood that its creators have promised.

To help bring the development to life, local design studio Greenspace was commissioned to work on the place branding for Battersea Power Station, along with two other new mixed-use developments, Battersea Prospect Place by Gehry Partners and Battersea Roof Gardens by Foster + Partners. 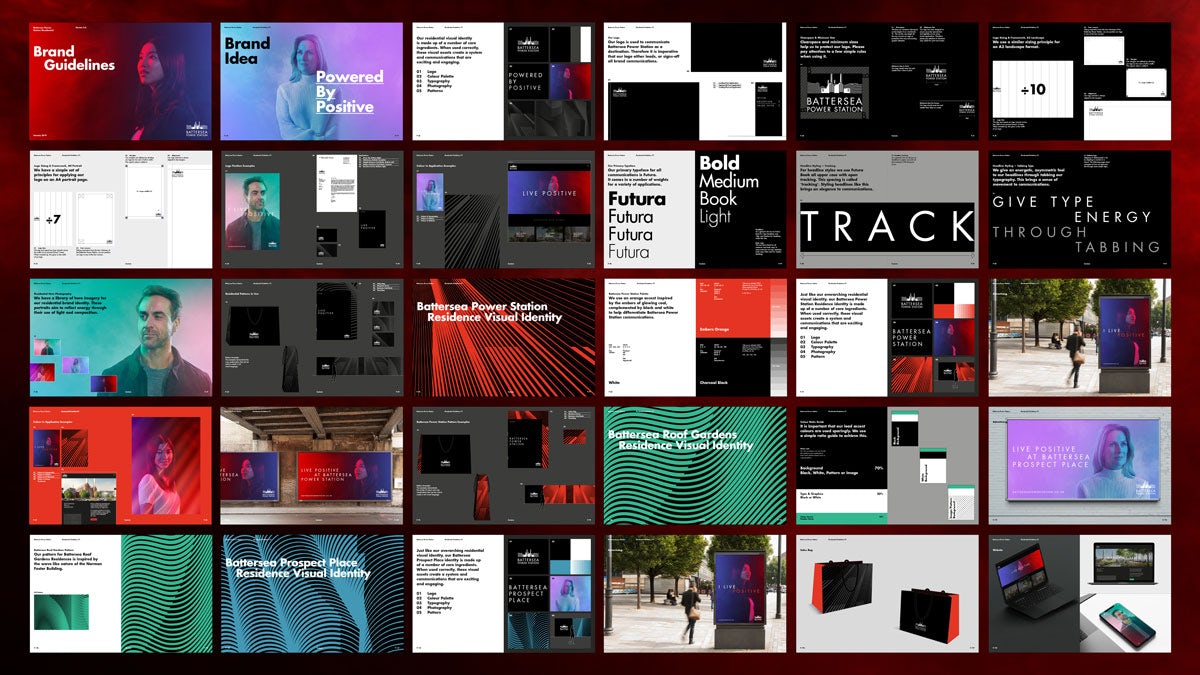 The studio’s work focused on the marketing strategy and a visual identity that could talk about Battersea Power Station itself and the burgeoning neighbourhood around it, explains Creative Director Lee Deverill.

The identity centres around the new tagline ‘Powered by Positive’, which nods to the site’s former life as one of the UK’s biggest power stations. “Having this one clear thought enabled everyone to get behind the work, support and critique each execution – so despite the scale and complexity involved, it has been particularly helpful in keeping everyone involved completely aligned,” says Deverill. 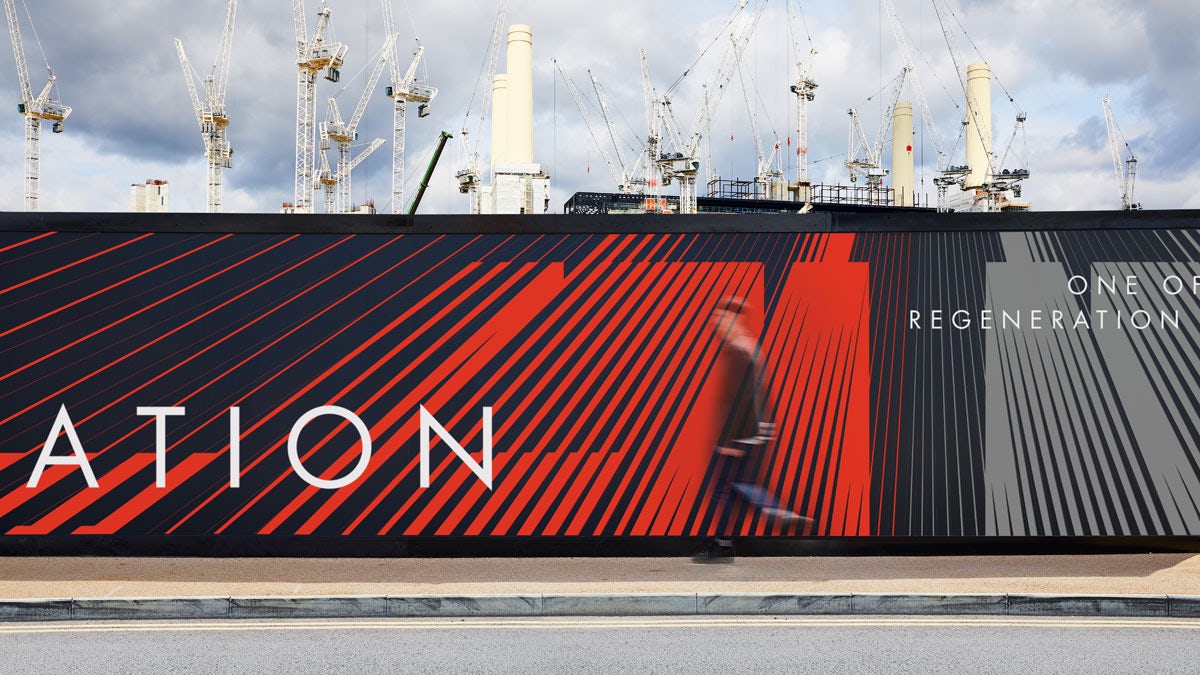 The existing Battersea Power Station logo, which depicts the instantly recognisable form of the Grade II* listed building, has been retained but now uses an animated version to make the identity feel more “alive and reenergised”, Deverill adds.

Futura has also been kept as the main typeface, but in order to differentiate the typography from other destinations which also use it, the studio played around with the typesetting to make it feel more graphic and tracked out. 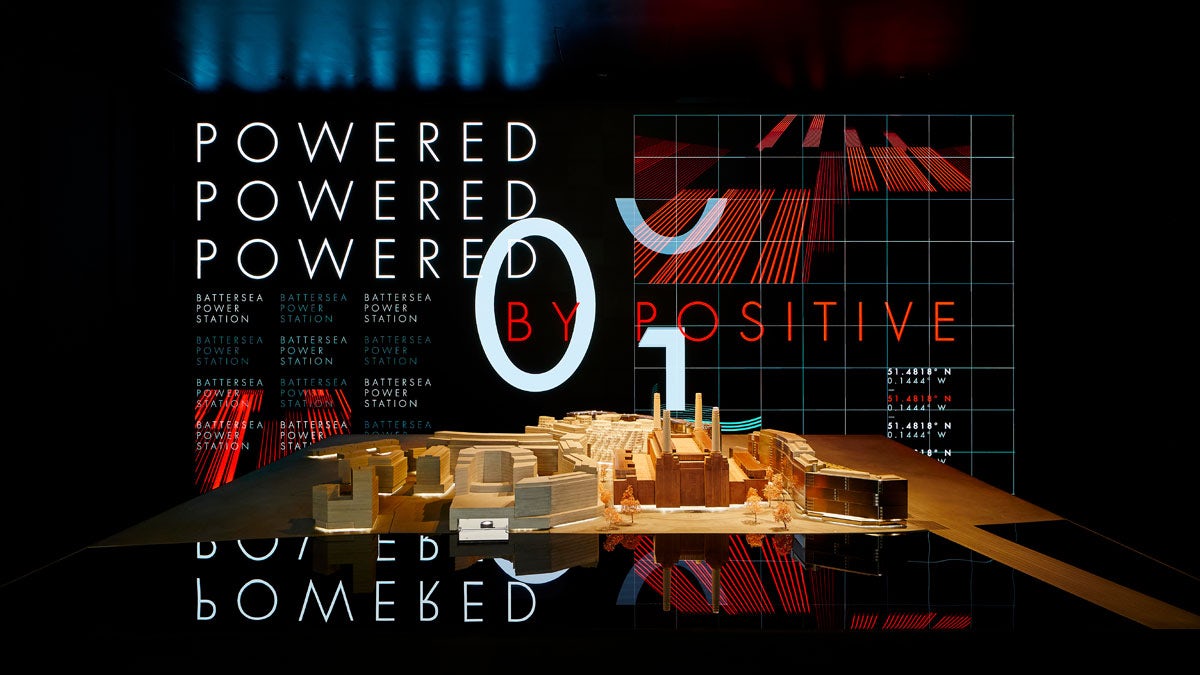 The colour palette draws inspiration from the former power station itself, and includes a red born from the six-million bricks of the building, an electric green from the Foster + Partners’ Battersea Roof Gardens, and a blue hue to reflect Gehry Partners’ Battersea Prospect Place on the the riverbank. A series of colourful animated patterns that nod to the form of the building are used throughout the identity and accompanying marketing materials.

Greenspace has also worked on a series of films, photography, website design, books, brochures, hoardings and advertising campaigns for the development, along with an on-site experience centre to attract what Deverill describes as “curious locals”, including residential buyers, potential retailers and members of the public. 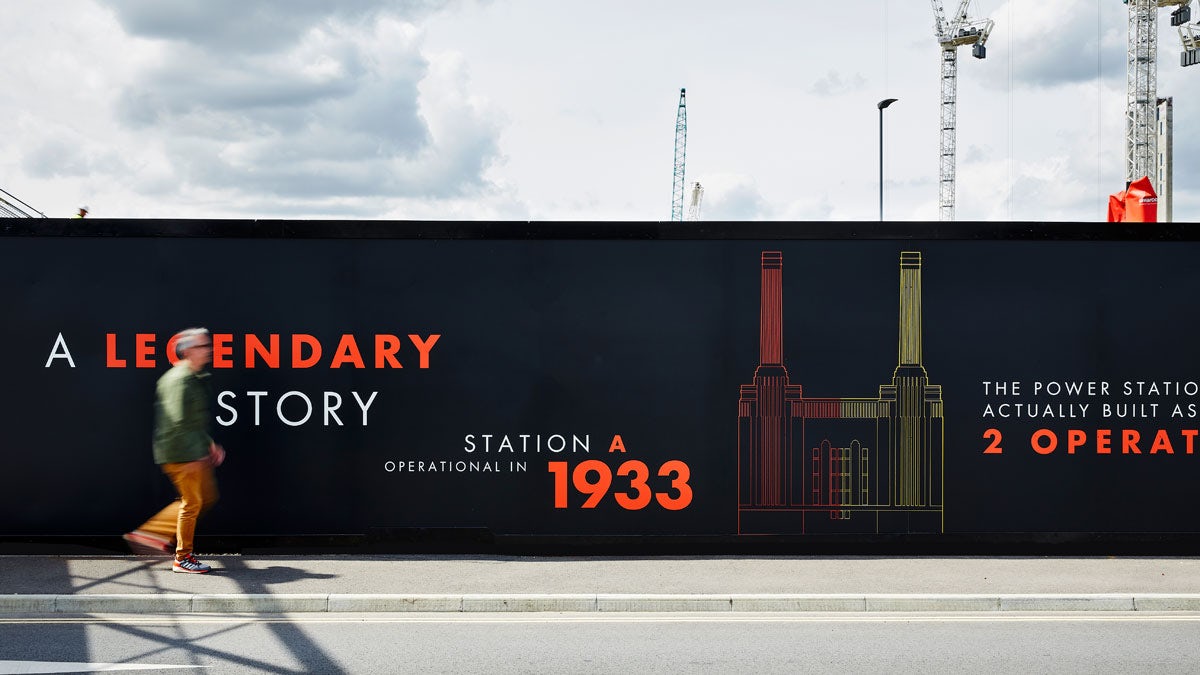 The visitor centre comprises an ‘immersion room’ where visitors are introduced to the Battersea Power Station story via a three-minute brand film projected onto the wall, and two other rooms that allow them to look at apartments and material samples using AR.

Much of Greenspace’s work is already in place, including the experience centre and the kilometre of hoardings surrounding the site which focuses on its past and present, with the rest set to roll out as the neighbourhood is developed further in the coming years. 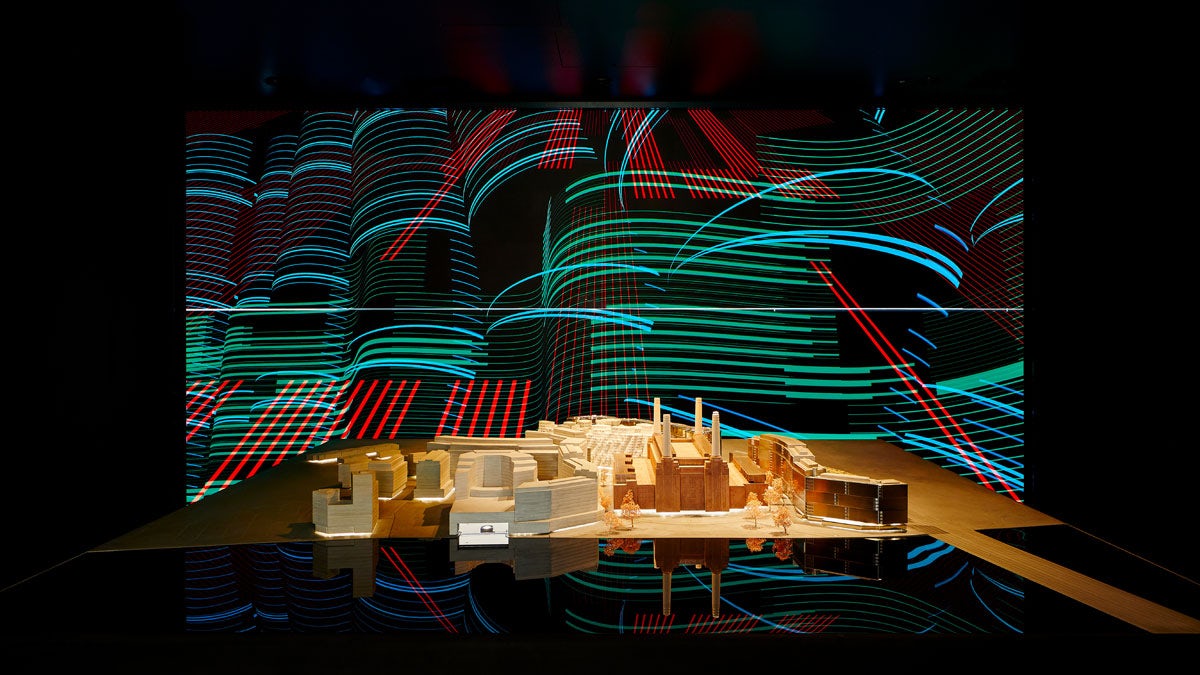