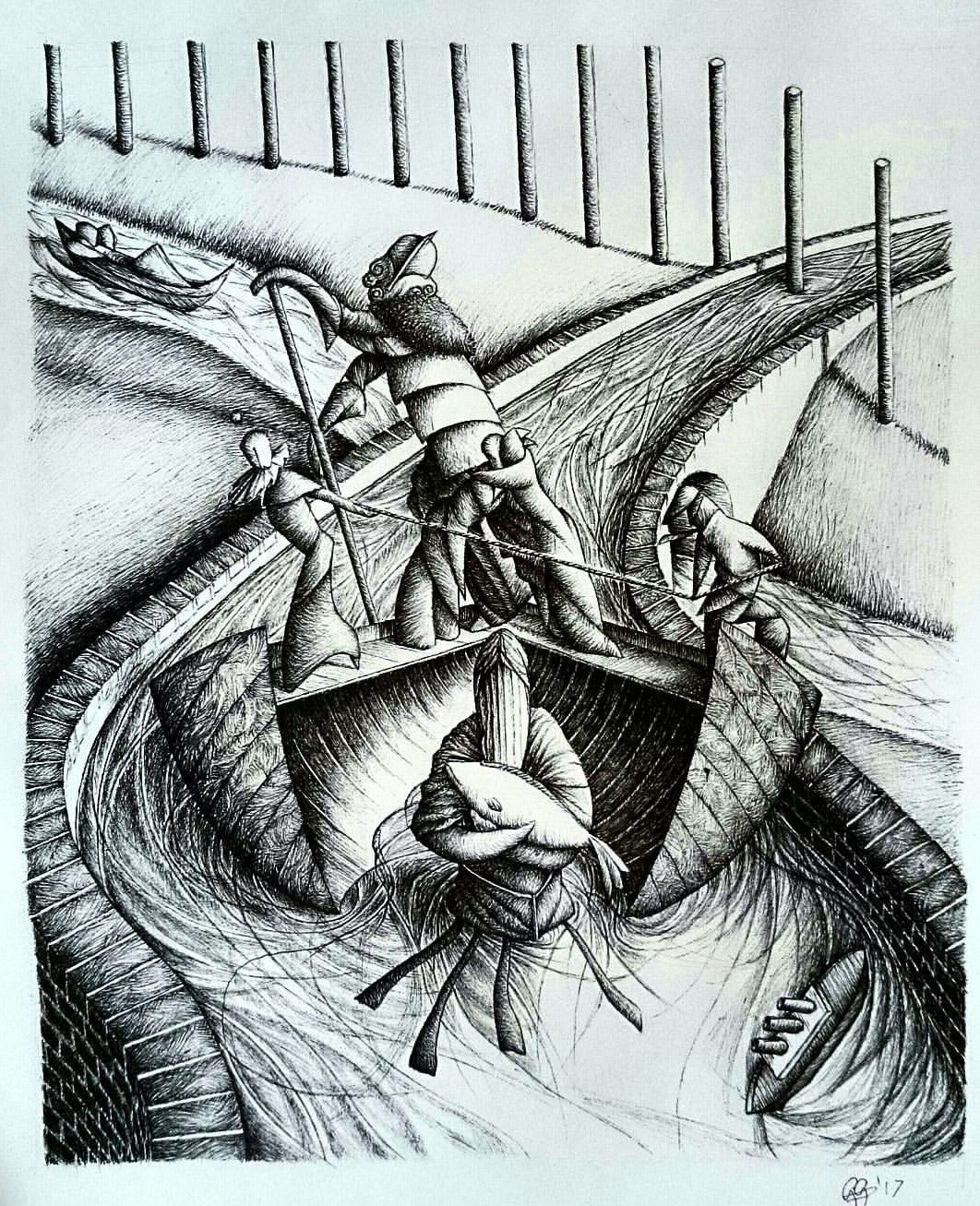 The images are surreal in content, and while there’s no clear narrative expressed by them, they reflect some of the darkness Gilbert experienced as he underwent his first bout of chemotherapy. The artist told CR they helped him take the focus off the physical symptoms of his treatment, giving him a visual world to retreat into and immerse himself in during a time when he became uncommunicative.

“These images arrived fully formed and were almost immediately set down without any finessing,” Gilbert told CR. “They show fragments and scenes which began to come to my mind at the time of my diagnosis. They weren’t dreams or fantasies, but stills that occur unpredictably.” 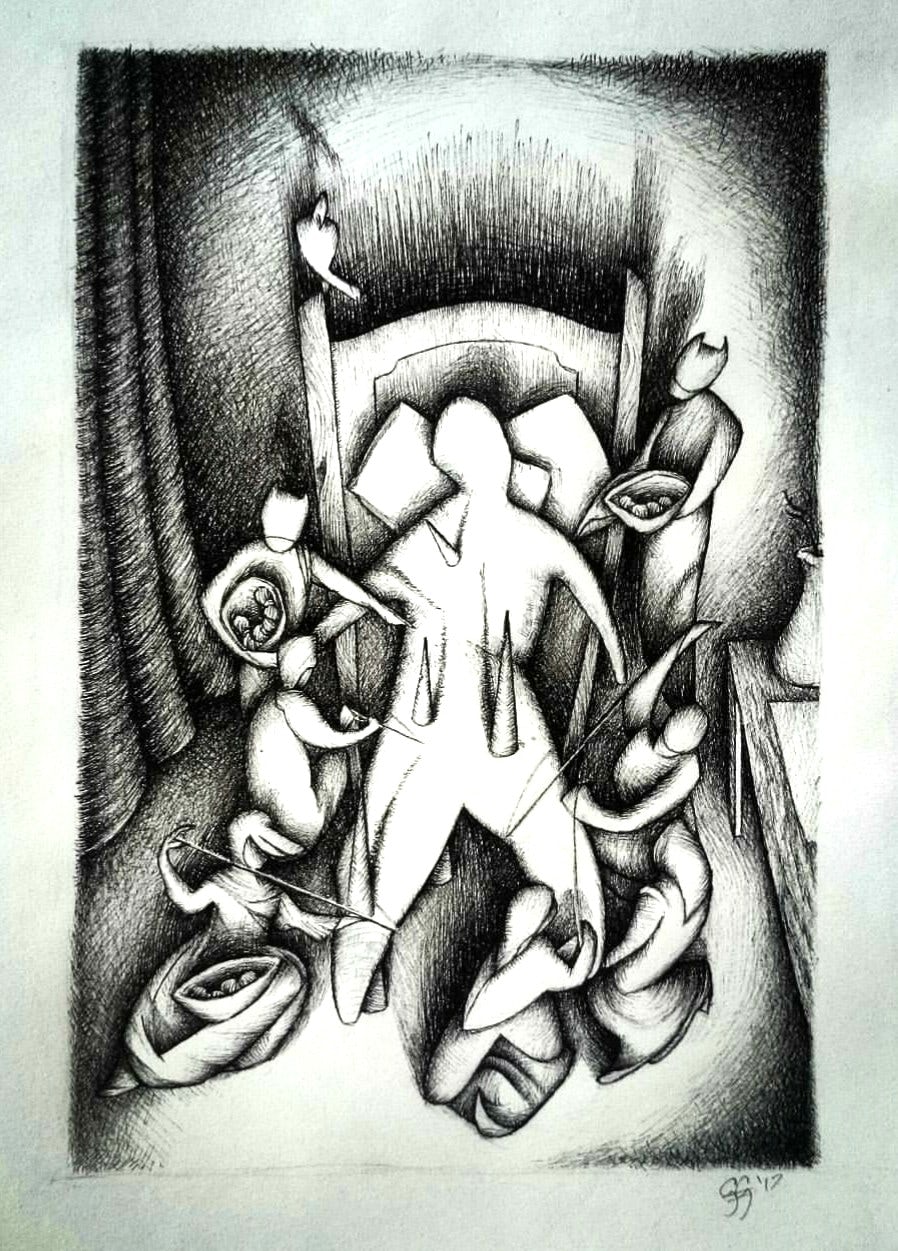 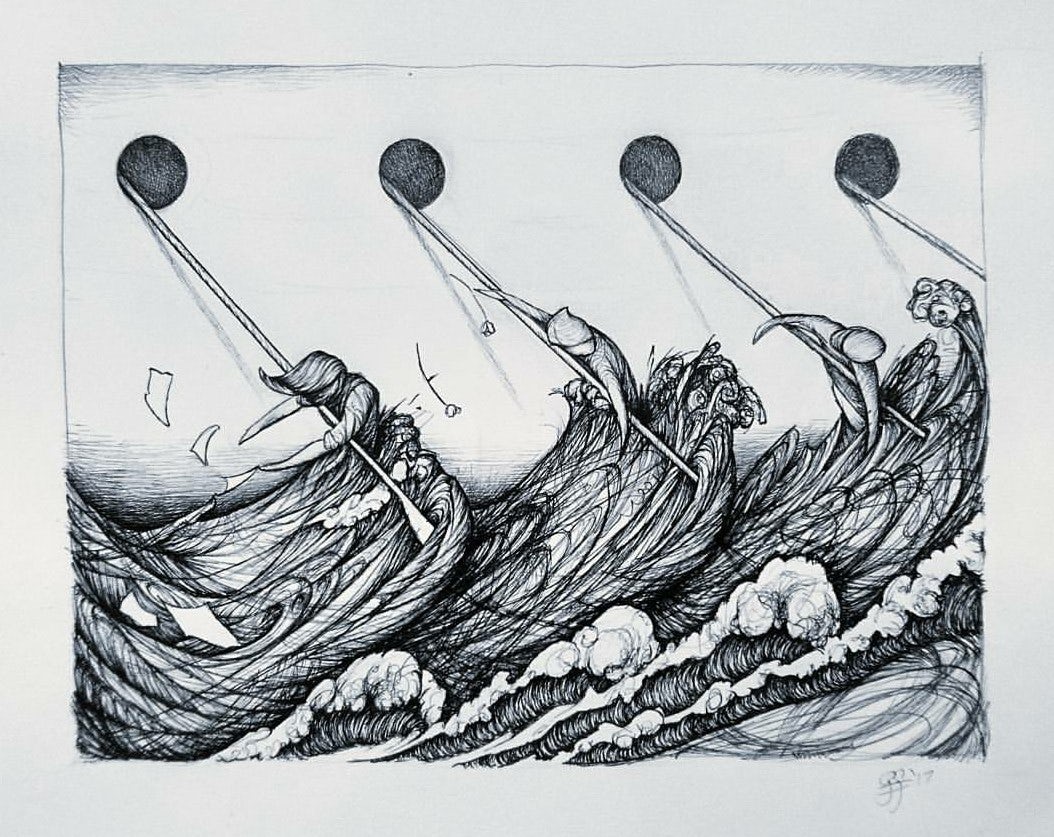 Gilbert, who is also lead singer with band Delays, worked using ink fine liners – which were a gift by a Japanese fan of his band. He says that they allowed him to create quickly, bypassing any editorial thought and allowing the final pieces to retain an “unknown quality”.

“It felt so necessary and the whole sequence came in a great rush,” he explains. “The darkness that comes over in the images undoubtedly reflects the fear I was experiencing at the time, but I also find them comforting. I didn’t question their meaning, and just trusted that they were expressing something about my condition.” 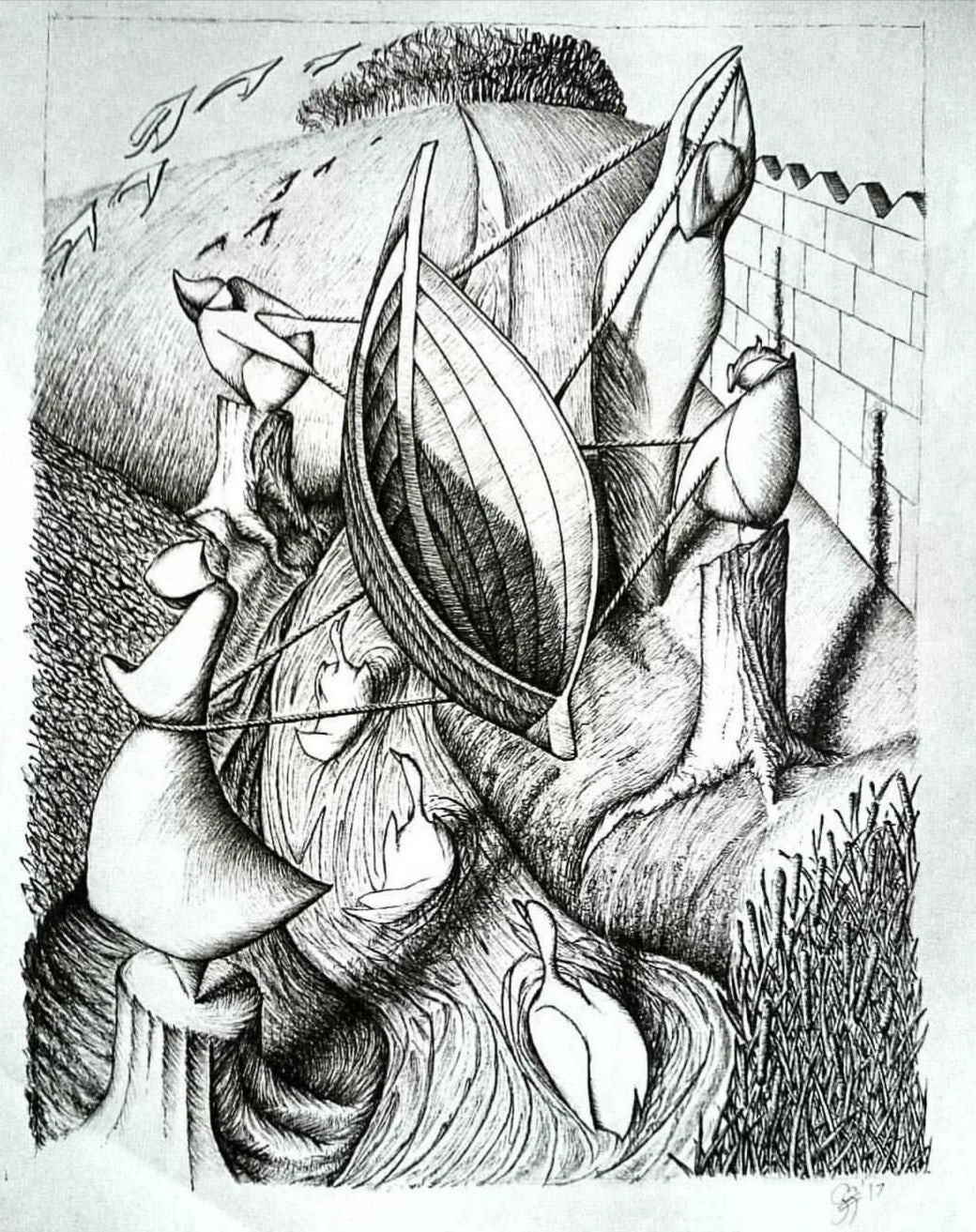 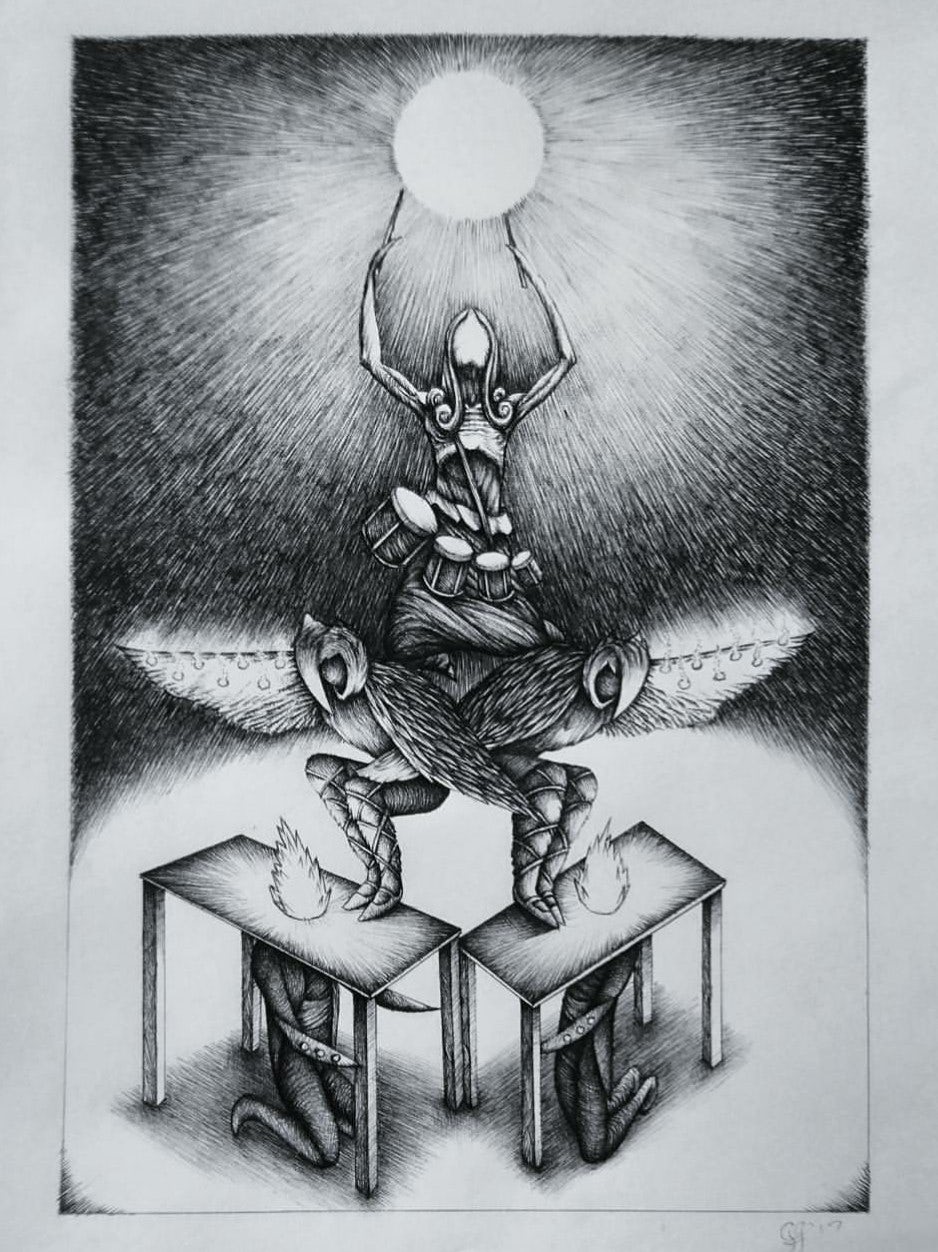 The artist has used one of the drawings from this sequence on the cover for a pamphlet of poems entitled Love Makes A Mess of Dying, written in response to, and dealing with, his cancer diagnosis. The collection was selected by Carol Ann Duffy as one of her four Laureate’s Choice publications. Together, Gilbert says the words and images form a “sense diary” of his experience.

The sequence of illustrations are featured in solo exhibition A Gentle Shrug Into Everything, on display at Southampton City Art Gallery until May 6; southamptoncityartgallery.com. His poetry collection Love Makes A Mess of Dying is published by Smith|Doorstop, priced £7.50