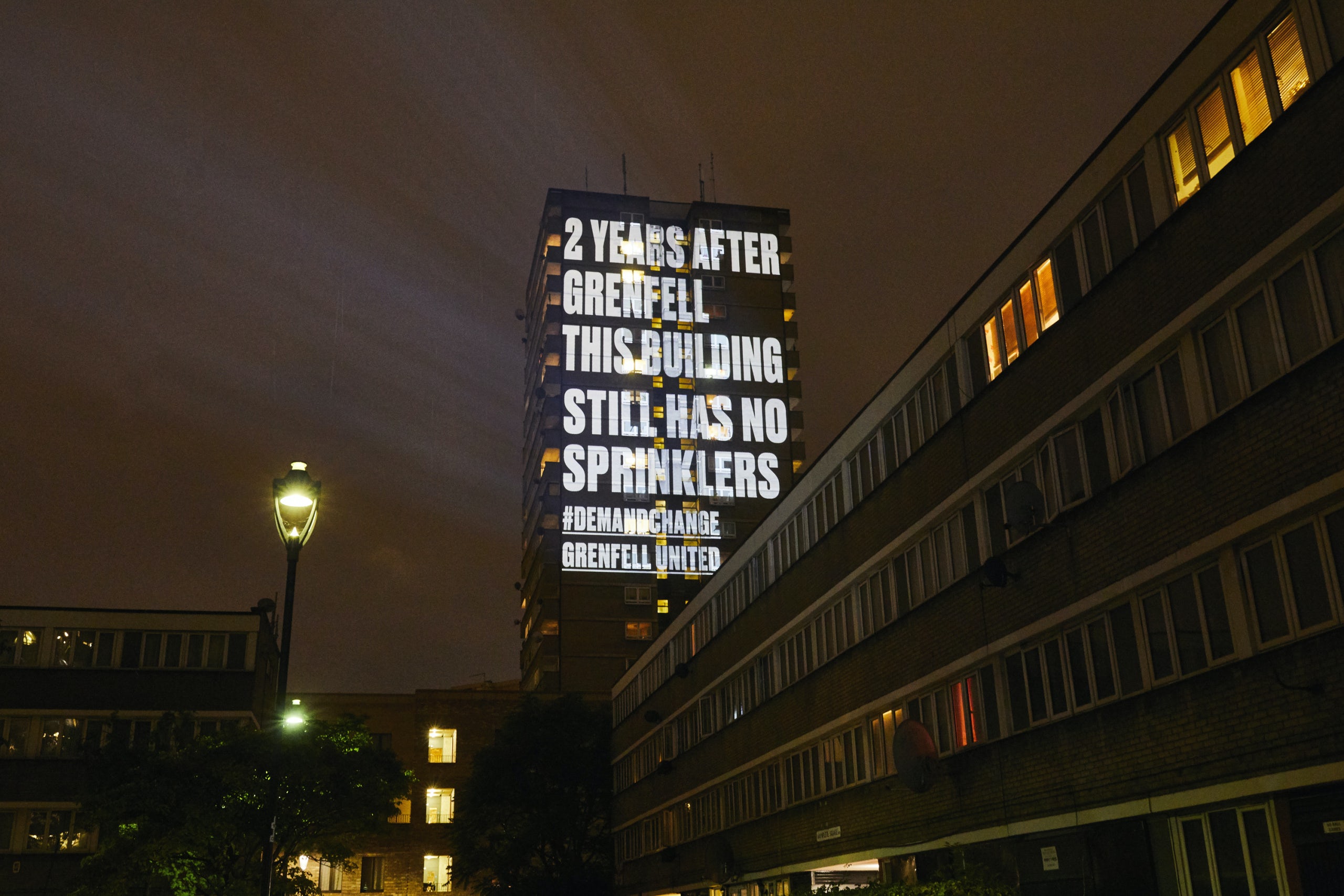 Two years after the Grenfell Tower fire, Grenfell United wanted to raise awareness of unsafe housing across the UK. On the evening of the second anniversary of the fire, the pressure group and Anomaly projected messages onto the façade of three buildings that have unsafe infrastructure, to highlight the need for better health and safety. The buildings acted as a canvas for hard-hitting messages, at a scale that was impossible to ignore.

The idea gained international attention and was shared globally online, generating more than two billion impressions. It also formed part of a discussion on housing safety in UK Parliament, forcing the housing secretary at the time to make a statement addressing the lack of progress. 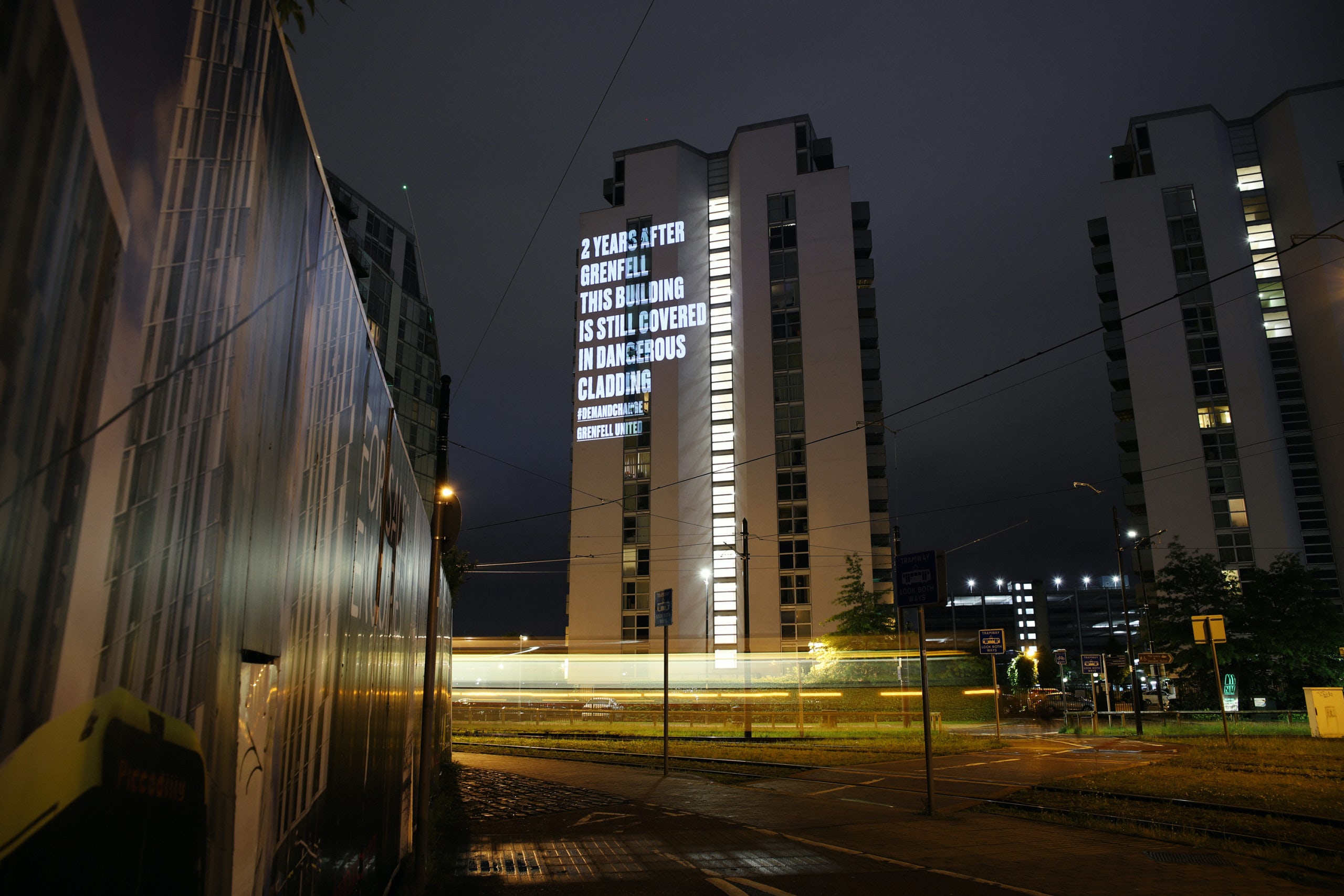 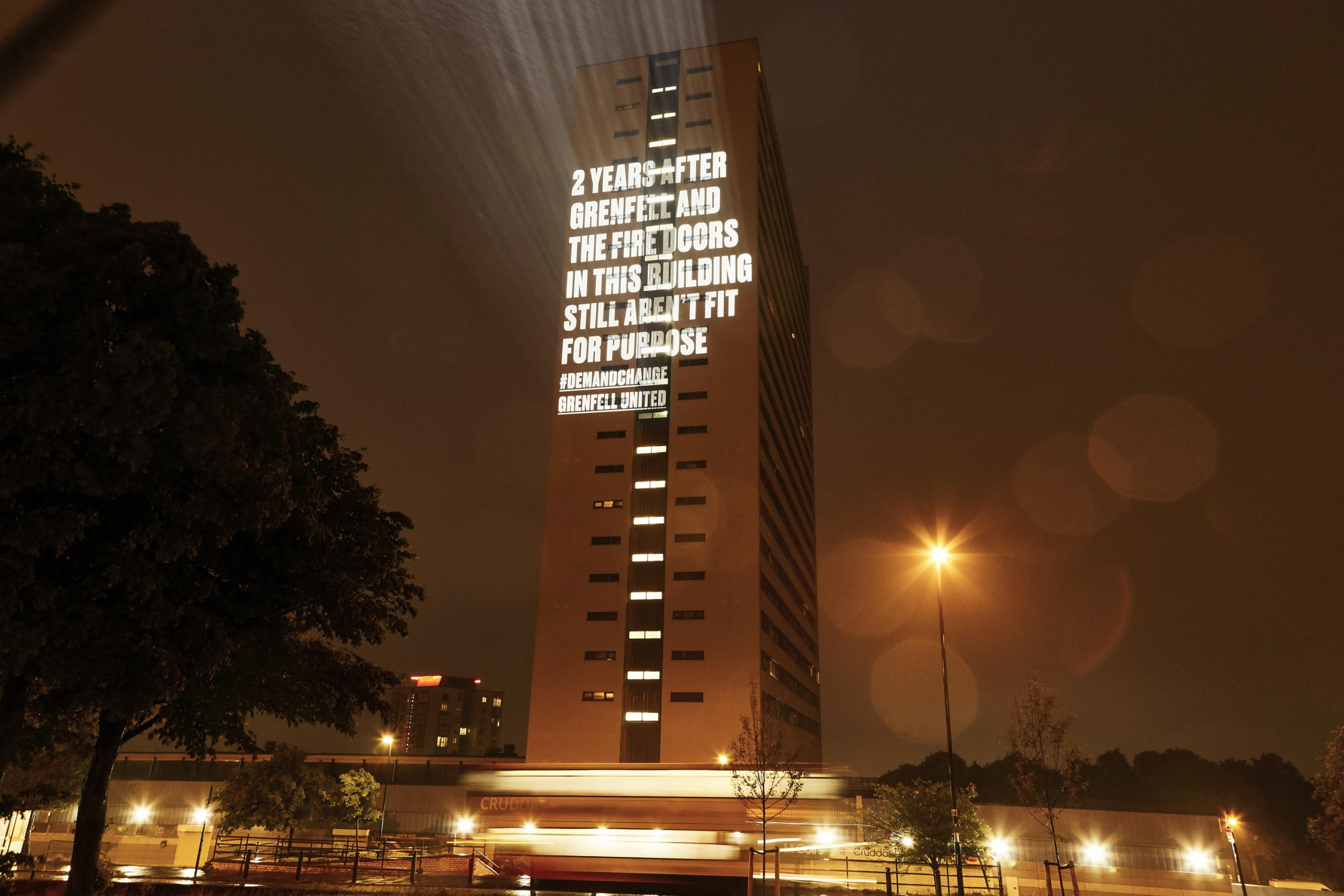 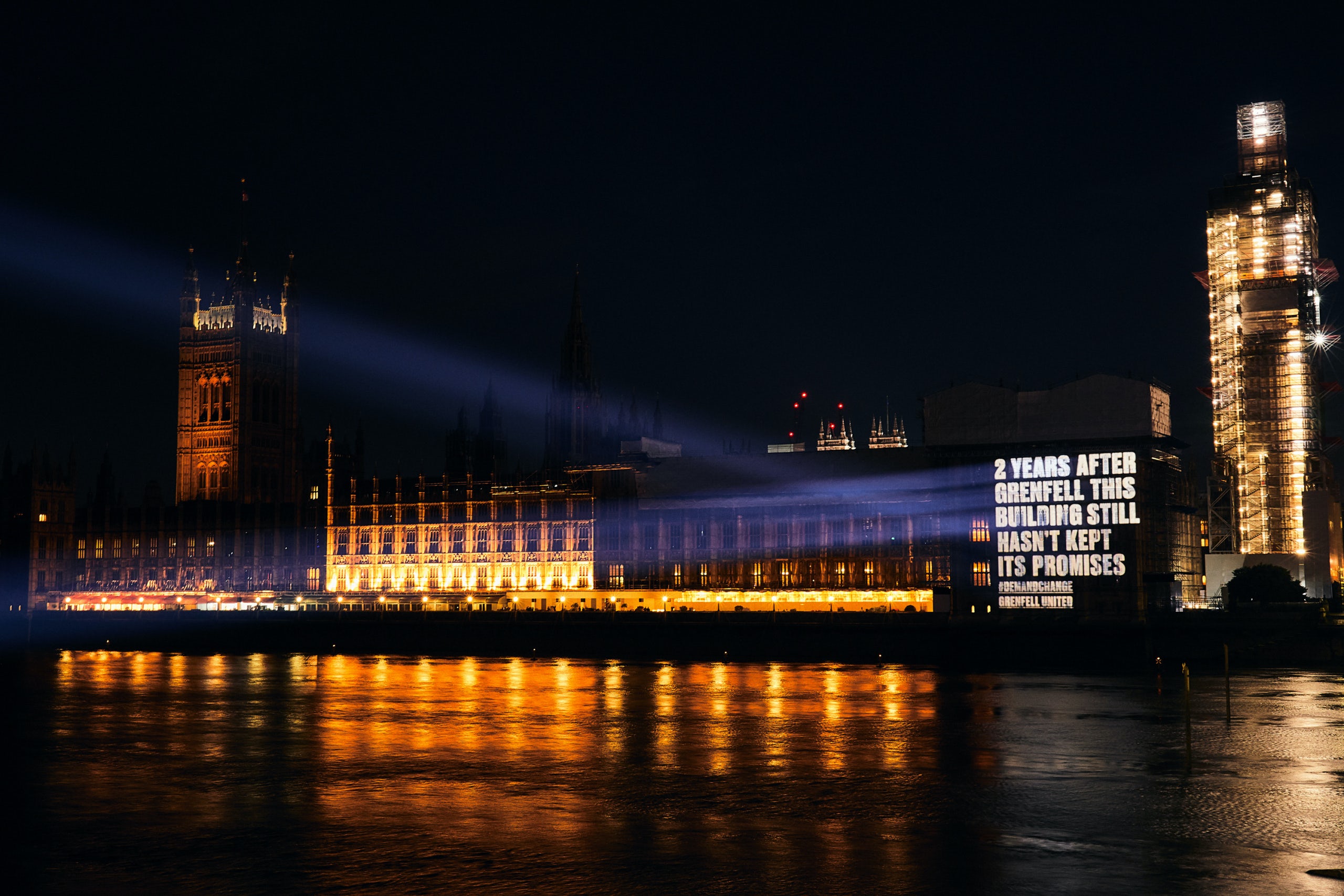