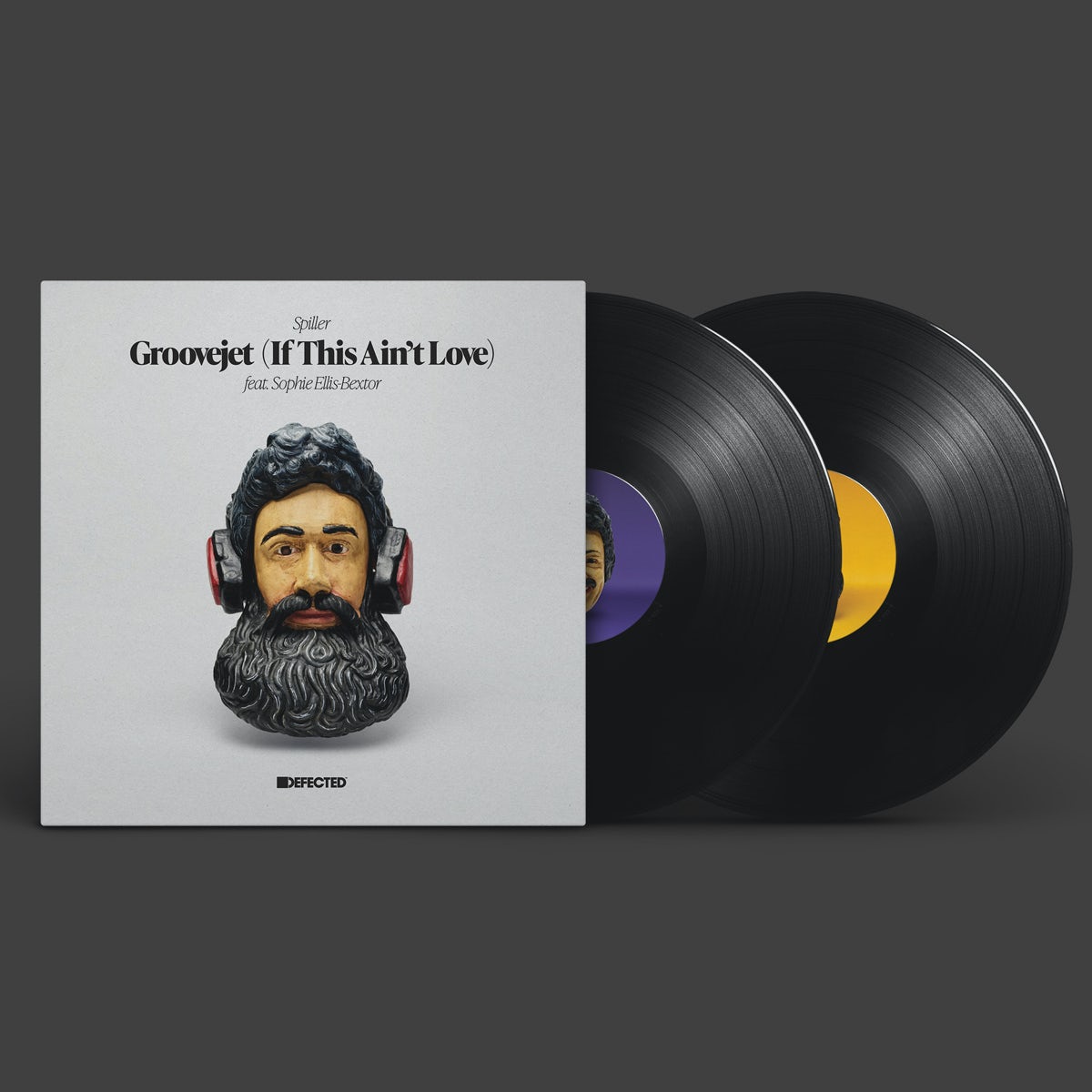 Every once in a while, a record comes along which is destined to be the song that eternally gets people onto the dancefloor. Featuring the unmistakable vocals of Sophie Ellis-Bextor, Italian DJ/producer Spiller’s noughties classic Groovejet (If This Ain’t Love) is undoubtedly one of those tracks.

Originally released in 2000, the single was acquired by Defected Records last year, and has now been given a new lease of life in the form of a limited edition deluxe remix reissue. The reissue features a series of artworks by Spiller’s dad plus a pullout in the form of a newspaper article, which tells the history of the track. Here, we speak to Spiller about revisiting one of his best-loved projects and drawing inspiration from his Venetian heritage.

Creative Review: What were your initial thoughts when it came to reimagining Groovejet’s visuals?
Spiller: First of all there was a short talk about using the old original photos of me and Sophie. Those photos are iconic for some people but after seeing them for over 22 years I was honestly a bit tired of them. Also, Sophie hasn’t aged one bit since 2000. Me on the other hand … I showed the CD to my kids once and they were like, ‘Who is that guy?’, so it was the right time to reimagine it. 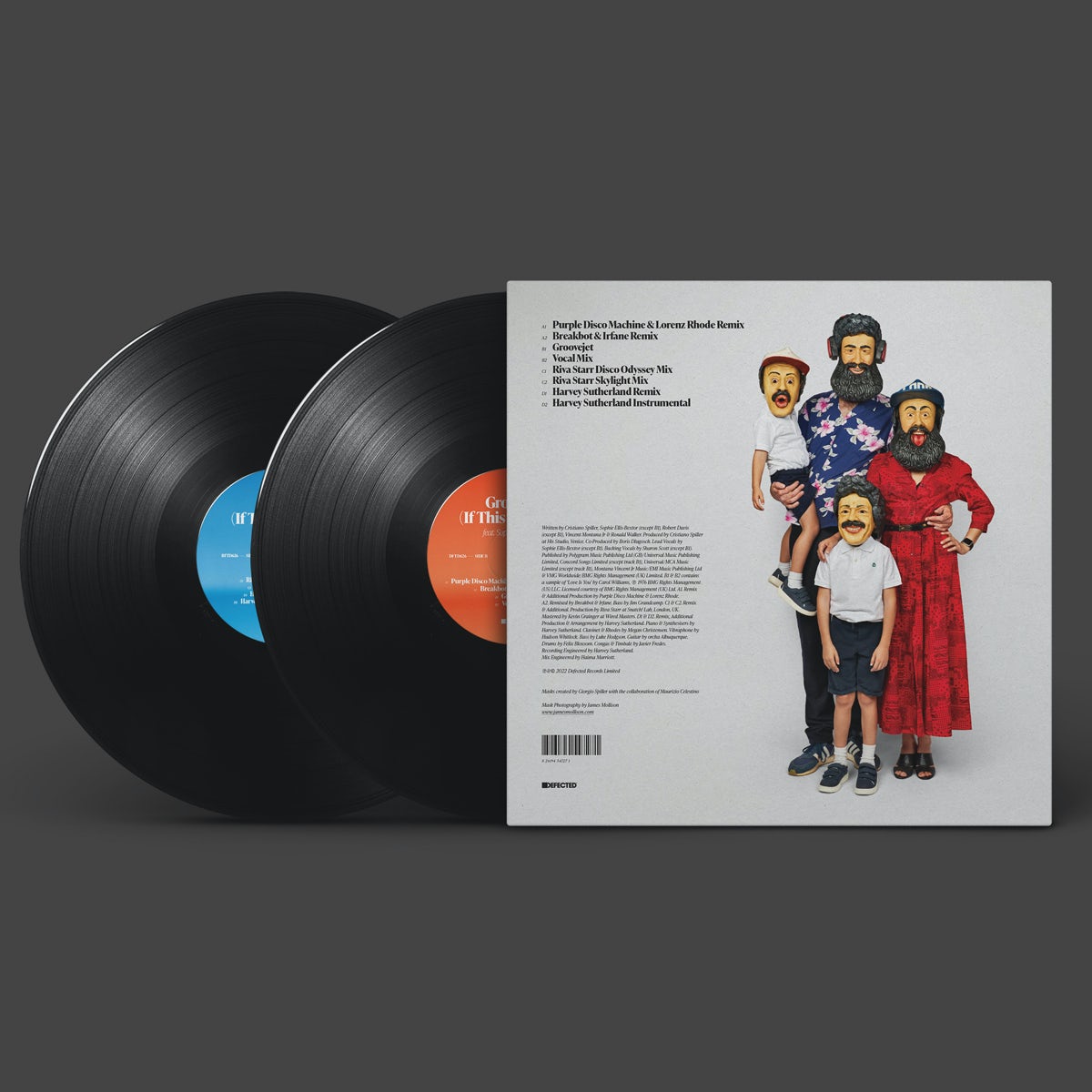 CR: Why did you want to nod to your heritage with the Venetian mask concept?
S: I’m proud of my Venetian roots and I’m proud of being one of the few Venetians actually living in Venice, with the city being sold by the administration and becoming more and more of a Disneyland for tourists. If it wasn’t for the city’s great artists and artisans we would probably be gone already.

Also, I love putting on a mask, I have been wearing costumes for the Venice Carnival my entire life. That’s what Groovejet is for me as the ‘public version’ of myself; it’s a mask I wear sometimes and as such other people can wear it too. That’s where the idea came from to invite different characters to wear the masks and dance to the new remixes. 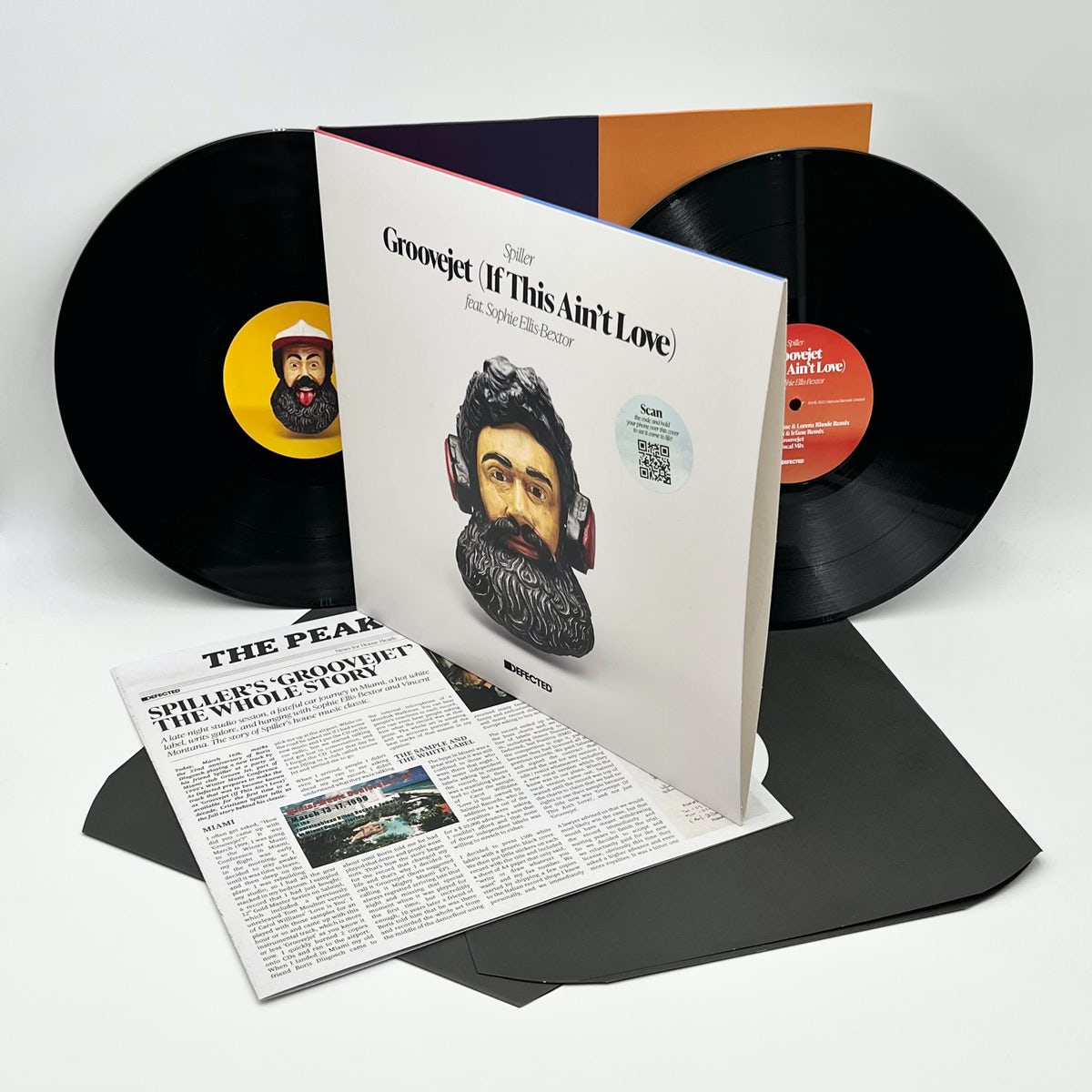 CR: What was it like working with your dad on project?
S: My dad Giorgio Spiller is a very eclectic artist. From 1988 to 1997 he was one of the two owners of the best papier-mâché mask shop in Venice. Still to this day, at 73, he has never got tired of experimenting with different art forms and techniques. He had done one of me with a long beard a few years ago for a live show project that never came to light.

My initial idea was to have a mask done of Sophie’s face and use them on the record cover. Unfortunately it wasn’t possible to use Sophie’s image, so we decided to give it a go by making more masks of myself and play between them. My dad did all the modelling of the masks and Maurizio Celestino painted them. 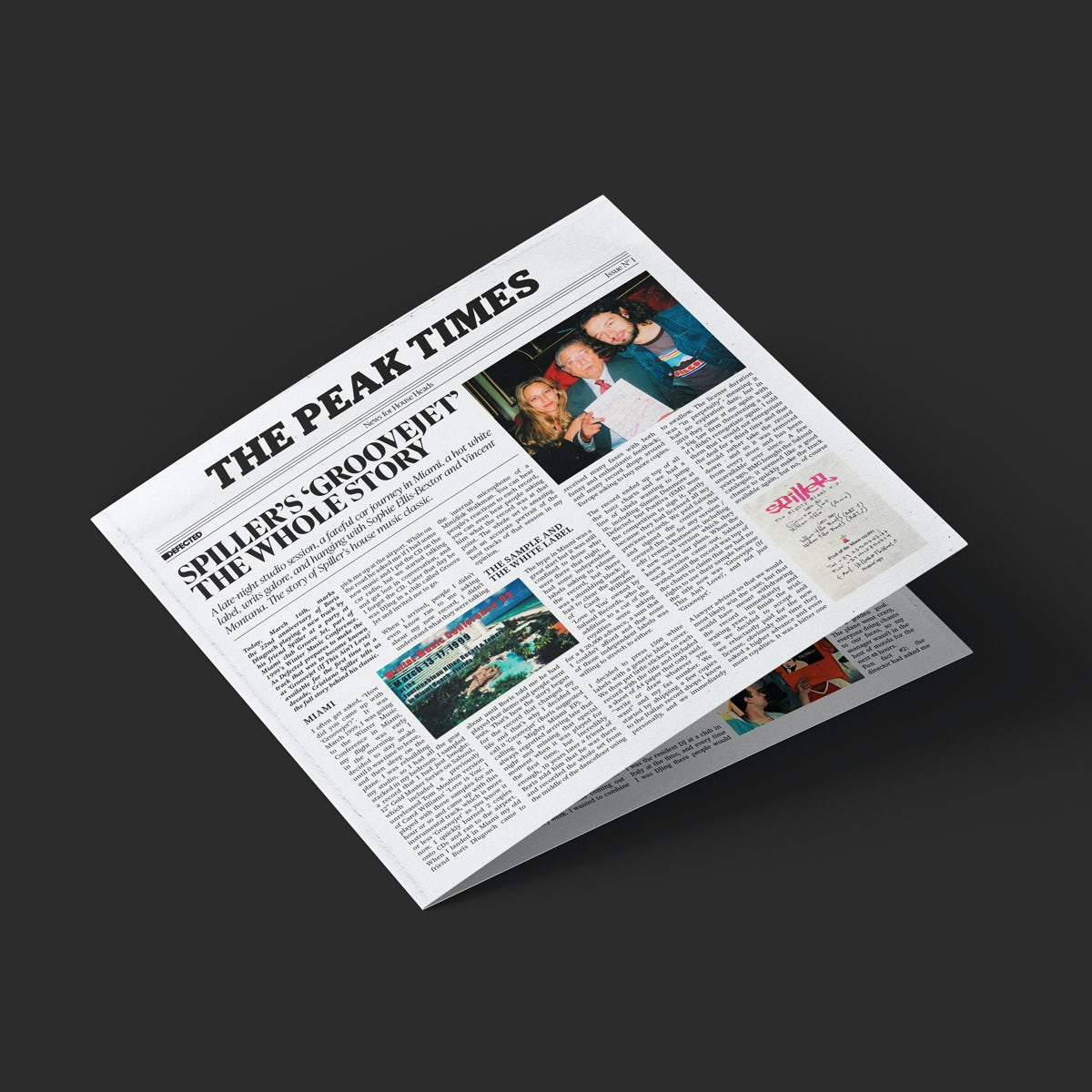 CR: What was the process of bringing the masks to life like, and how did you enhance them using AR?
S: First of all I wanted real pictures of the masks for the covers, so we got a white background and James Mollison was patient enough to shoot them all. I say them all, because we had many masks. My dad did seven different facial expressions and four different head sets – combined together it makes a total of 28 different combinations!

We shot them all from different angles and while we were doing that I started scanning 3D models of each mask with my phone. I was introduced to Tombolaso (Tommaso Coviello) who made the Instagram AR filters. One works if you point your camera at the cover of the vinyl and the other one lets you wear the mask yourself if you put the camera in selfie mode. 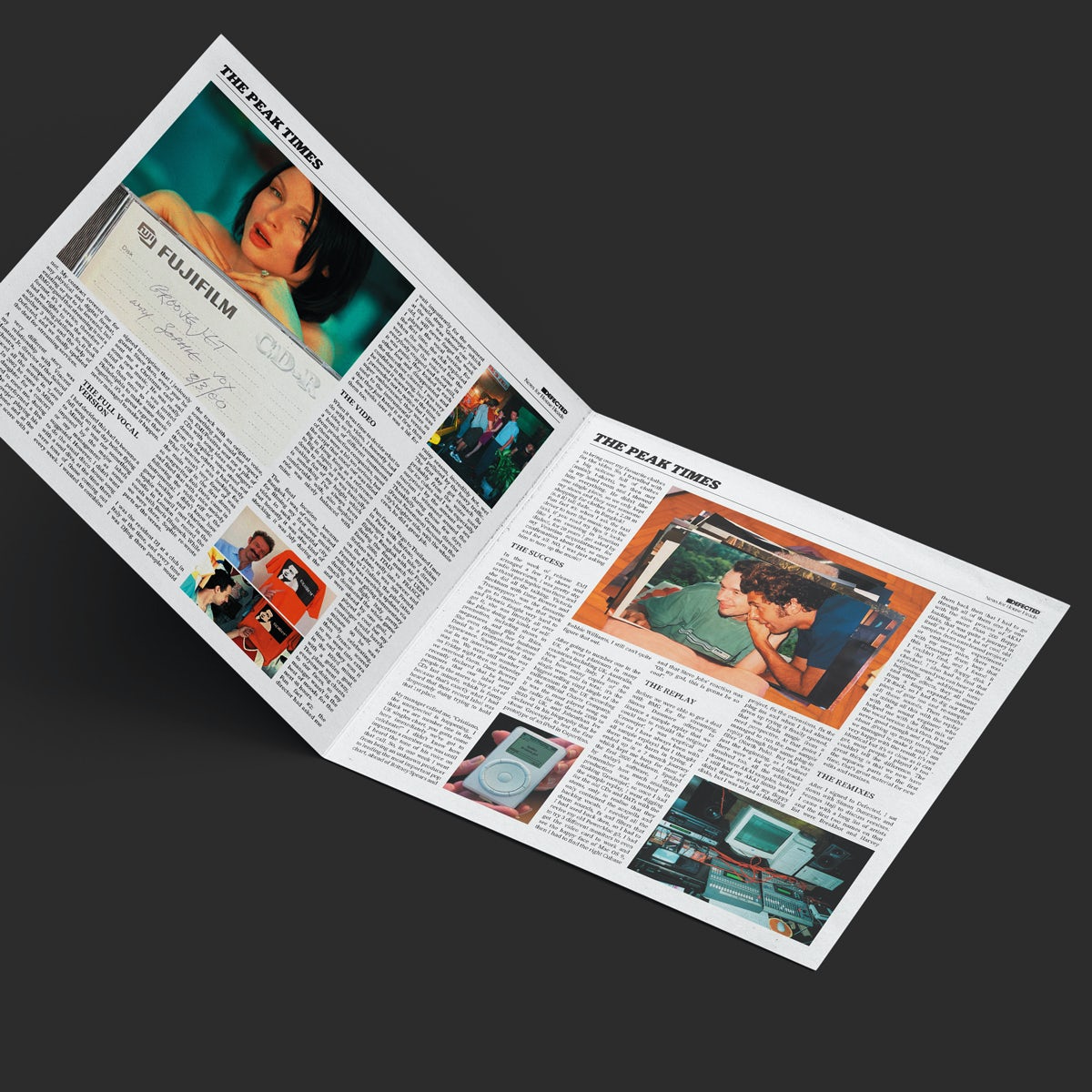 CR: Why do you think Groovejet continues to resonate with listeners old and new?
S: I don’t think there is an exact answer to that question, if there was it would mean that people could replicate it, not just for Groovejet but for most music hits. I believe music works in mysterious ways and the more we try to box it into a formula, the more it loses that magic thing. There are musicians who have studied music their entire life and with the best equipment in the world are not able to make a good piece of original music, while a self-taught 15-year-old could produce the next hit on their iPhone.

Groovejet (If This Ain’t Love) by Spiller is out now on Defected Records; defected.com