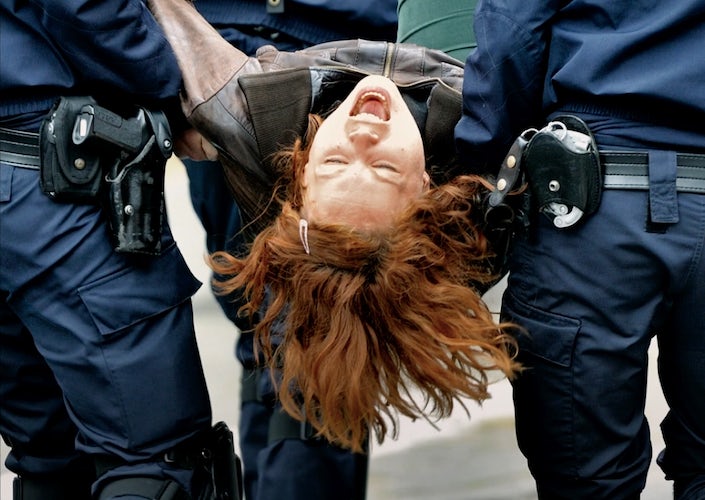 Oliver created the campaign to mark a huge milestone for the British paper, which was founded in 1821. Each film is dedicated to a different topic, all of which tie into the Guardian’s editorial mission. Environment explores the ecological impact of humans on the future of the planet and its climate; Equality looks at civil rights and gender issues; and Stories looks back at major world events.

The idea is a simple but effective one, with the films showing a succession of photographs both historic and contemporary that reflect on each topic. Many of the images have become iconic, and are certain to strike a chord with Guardian readers – for example the photo of Black Lives Matter protestor Patrick Hutchinson carrying an injured white man to safety.

They’re accompanied by three striking voiceovers: from British writer and speaker Alan Watts, who penned a vast amount of books on religion and philosophy; American author Ursula Le Guin, who’s known for her seminal sci-fi novel The Left Hand of Darkness; and English writer and activist Salena Godden, who’s recognised for her performance poetry. The trio add a rousing presence to the films.

Although the campaign is straightforward in nature, it’s surprisingly stirring, evoking a mix of hope and concern for the future which deftly mimics the feeling most of us have as we load up the headlines of the day each morning.