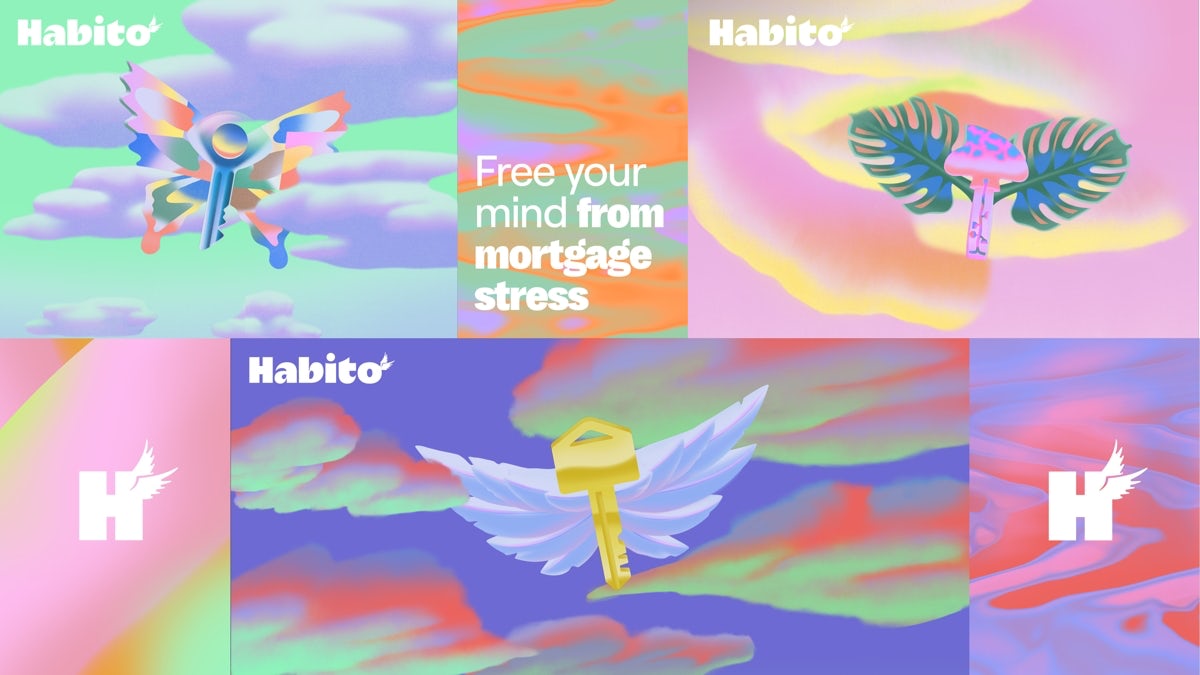 The world of finance and mortgages aren’t the first place you’d look for fantastical branding, but Habito’s new identity is shaking off the stuffy typefaces and restrained colour palettes in favour of what Uncommon describes as “phantasmagoric” visuals.

The studio has introduced a new logo and series of graphics – designed in partnership with New York artist Saiman Chow. The brand’s former word mark – which was very much part of the geometric sans serif movement – has been replaced with a chunky ‘winged’ typeface, which apparently speaks to the ease of getting a mortgage via Habito. 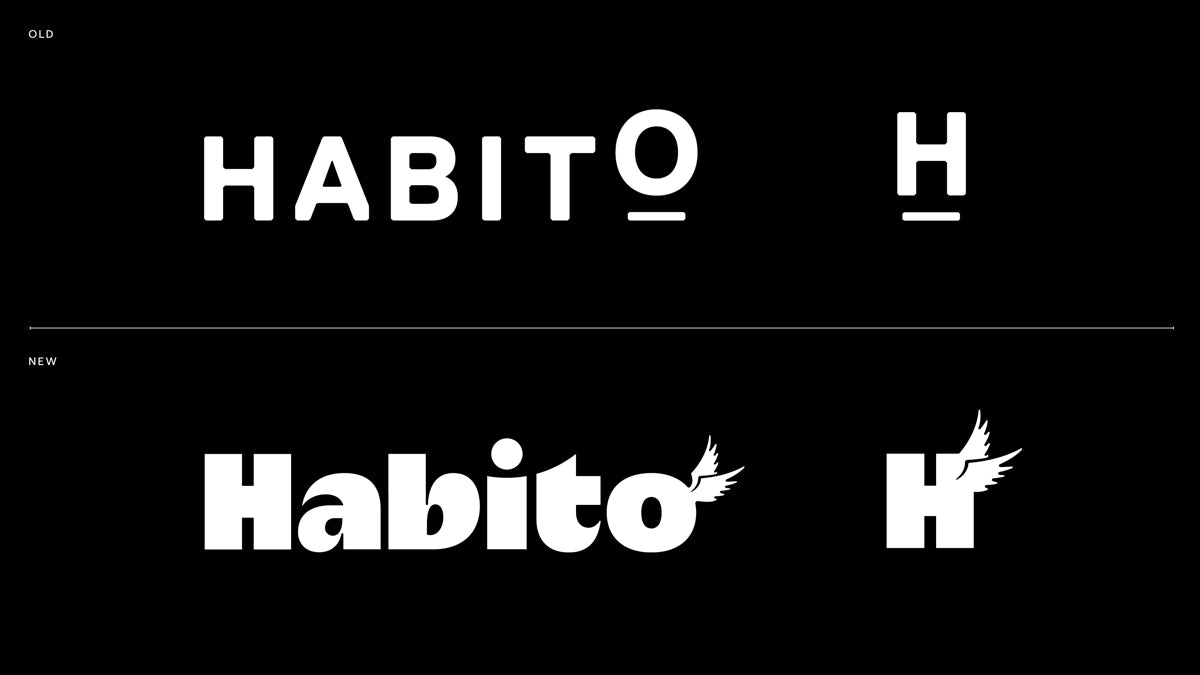 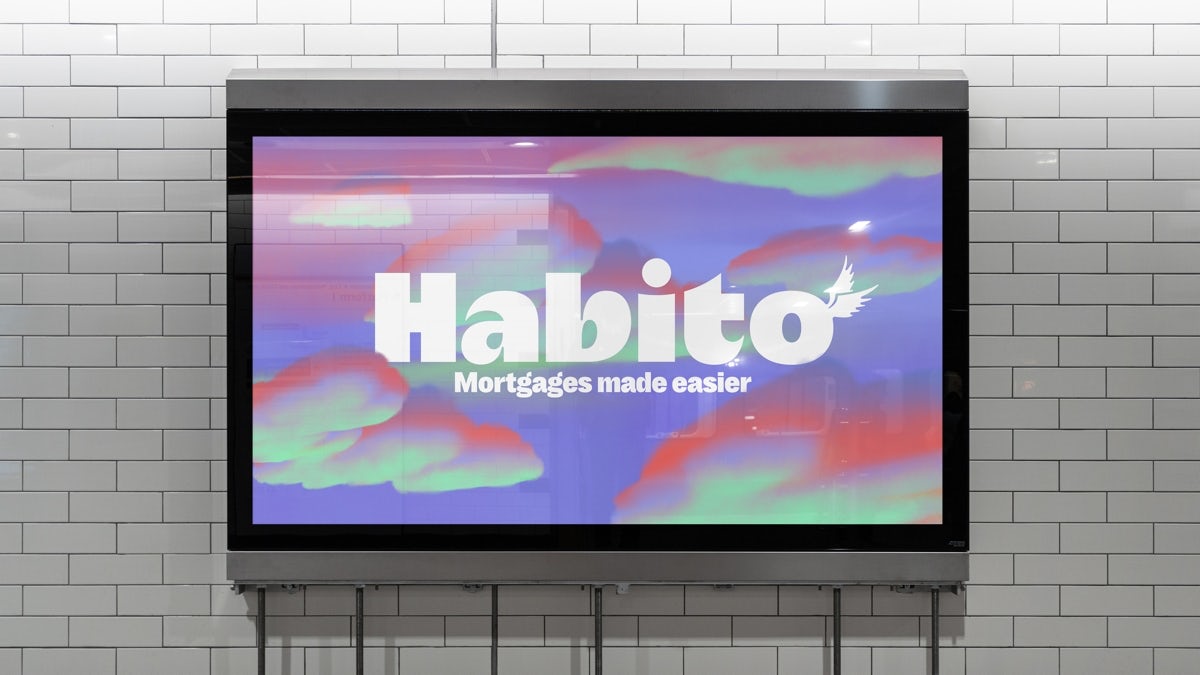 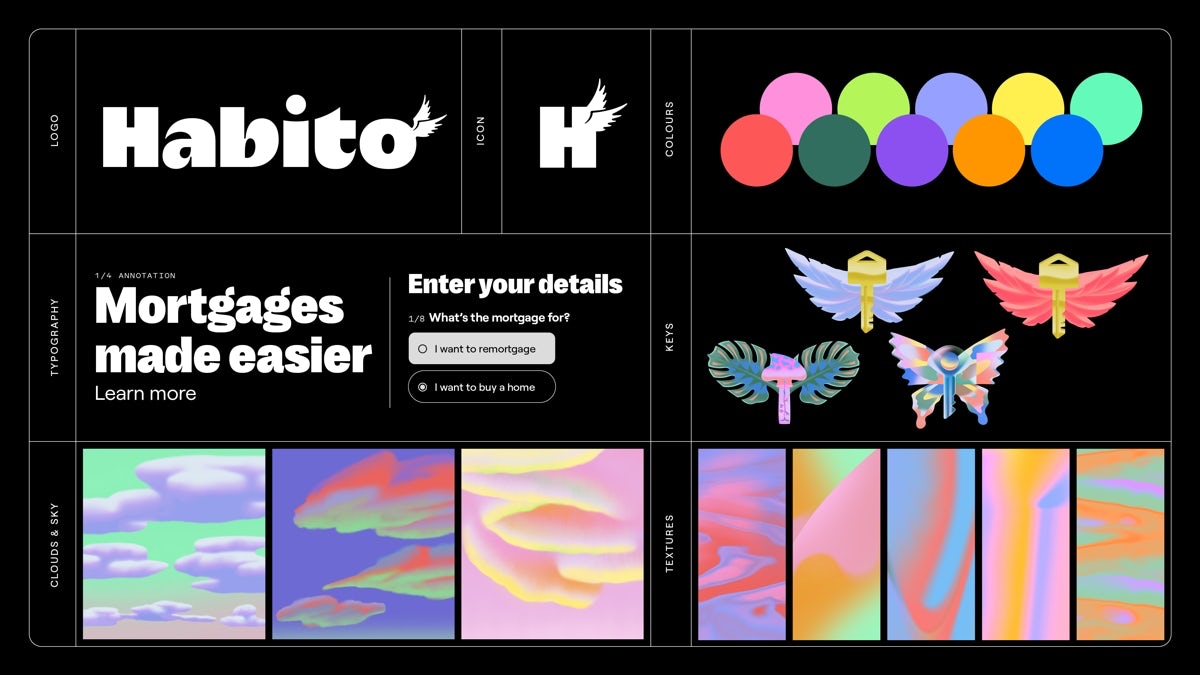 It’s also part of a mortgage heaven vs hell narrative the brand has set up, which includes animated TV ads depicting towering stacks of paper and grasping tentacles as the nightmare alternative to Habito.

But while it’s great to see more brands using expressive typefaces, where the identity really shines is in the swirly dreamlike textures and graphics that form the backdrop. 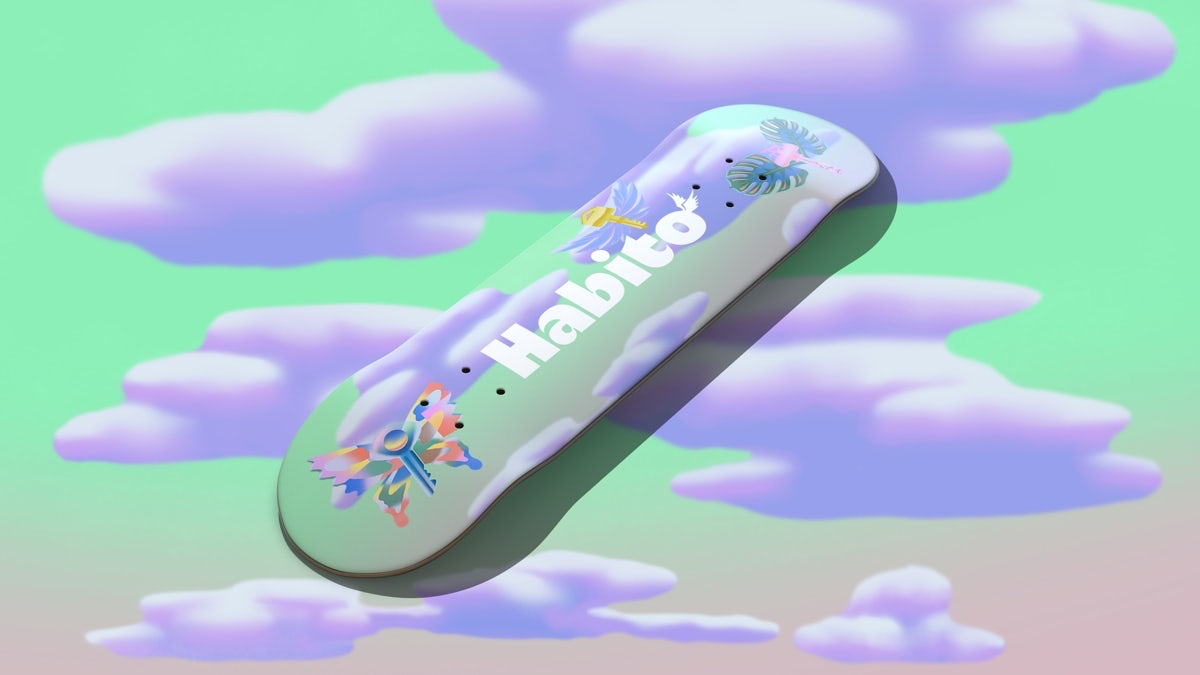 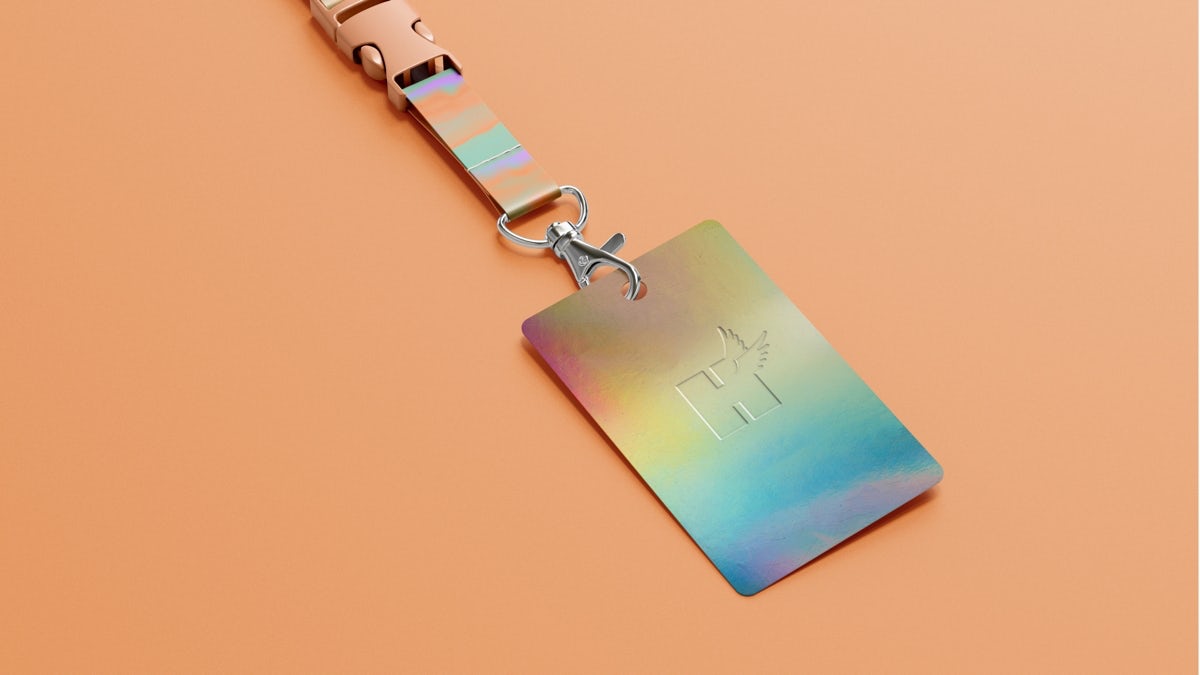 Brands belonging to the traditionally ‘boring’ branding sphere such as will providers Farewill and challenger banks Monzo and Hay, have all shown signs of embracing a more innovative visual approach, and Habito’s identity definitely belongs in this camp. There’s also some welcome ironic humour in Uncommon’s purposefully heavenly, dream-like approach, considering how hellish mortgage applications can be.