Sweden’s Nationalmuseum is home to paintings, sculptures, drawings and prints from 1500-1900, as well as designs dating back to the Middle Ages. The grand building was created in 1866, and has just been renovated by Wingårdhs and Erik Wikerstål. The architects have restored original features, renovated exhibition spaces and created a new sculpture courtyard, restaurant and creative workshop.

Alongside the renovation, the museum recruited Jane Wentworth Associates to develop its strategy and commissioned London studio Hat-trick to design a new visual identity.

A new logo combines the letters n and m in a single ligature. A core colour palette of ochre, green-grey and red alongside neutral tones mirrors the museum’s architecture and interiors (as well as traditional Scandinavian buildings found in Stockholm), and sans serif typeface Akzidenz is used alongside serif typeface Chronicle to reflect a sense of old and new. 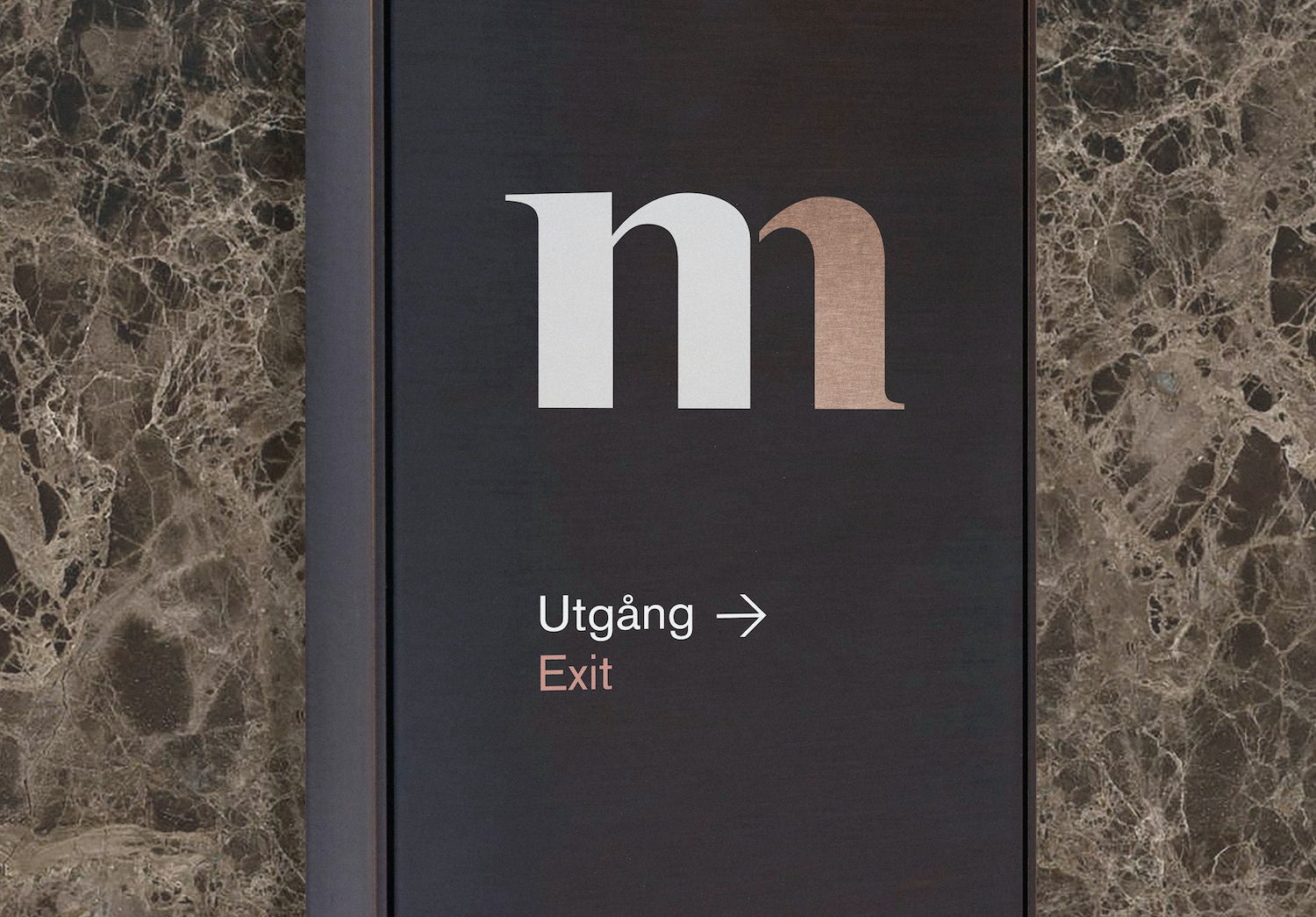 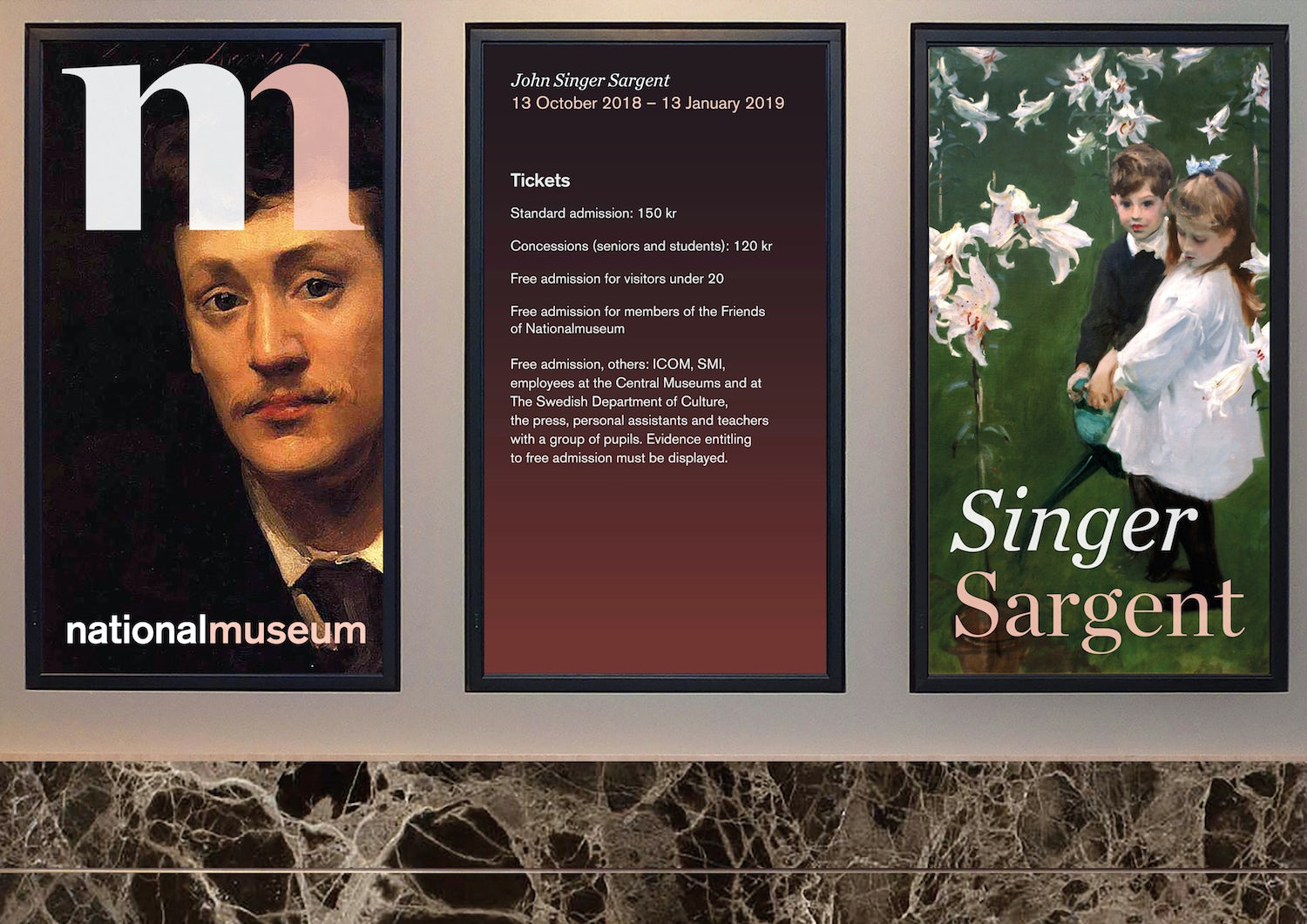 Hat-trick Creative Director Gareth Howat says the refurbished museum hopes to make its collection more accessible by drawing connections between centuries-old artworks and modern life – a strategy that has shaped both the renovation of the space and the visual identity.

“It’s about connecting the past with the present and connecting art with real life,” he explains. “The museum has a very old collection but they’re expanding their contemporary design collection and part of their ambition is to open up the design side as well as the art…. That was the idea behind the whole identity and the architecture – opening the museum up and making it more accessible.”

The identity aims to reflect the museum’s heritage while also positioning it as a dynamic organisation: “We wanted to strike a balance between traditional elements with a modern twist – it’s all about visual pairings really, even with the typeface, so mixing a traditional serif font with a contemporary sans font. We tried to strike that balance throughout the whole thing,” says Howat. 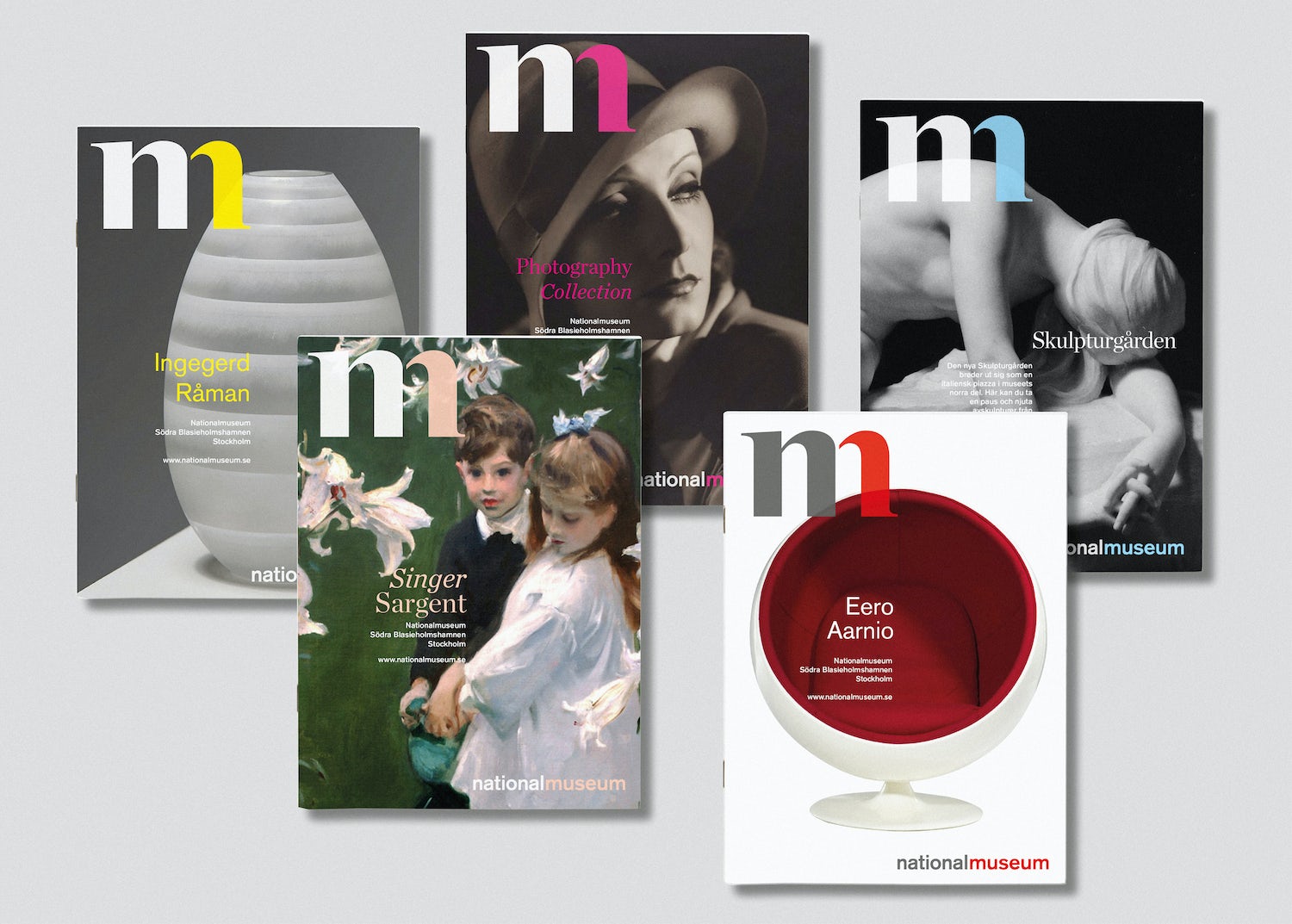 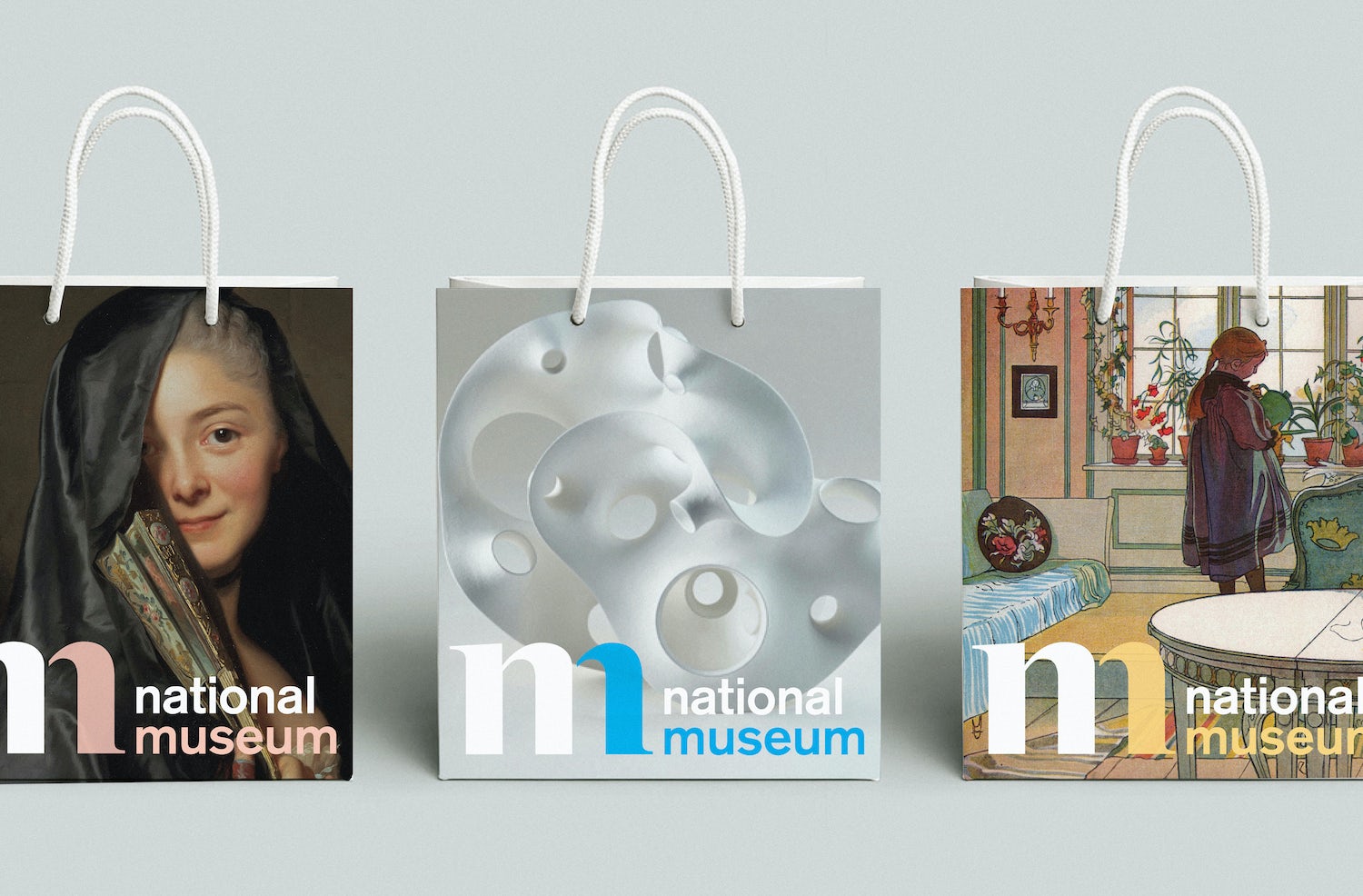 The system is flexible: the museum’s internal design team can draw on a wide range of images and brighter accent colours to reflect its varied collection and exhibition programme in everything from communications to merchandise.

“We settled on three core colours: we have yellow ochre, which is a traditional Nordic building colour that you see in the museum’s interior, a sort of steely green colour that you see on the roofs of buildings and then red ochre which is again quite a traditional Nordic colour … but in applications with imagery, we decided to come up with a more flexible palette where you can pick a highlight colour from the image you’re putting in,” explains Howat. This accent colour can be used within the nm ligature, “so it feels like (the logo) has become part of the image rather than just being slapped on top of it,” he says. 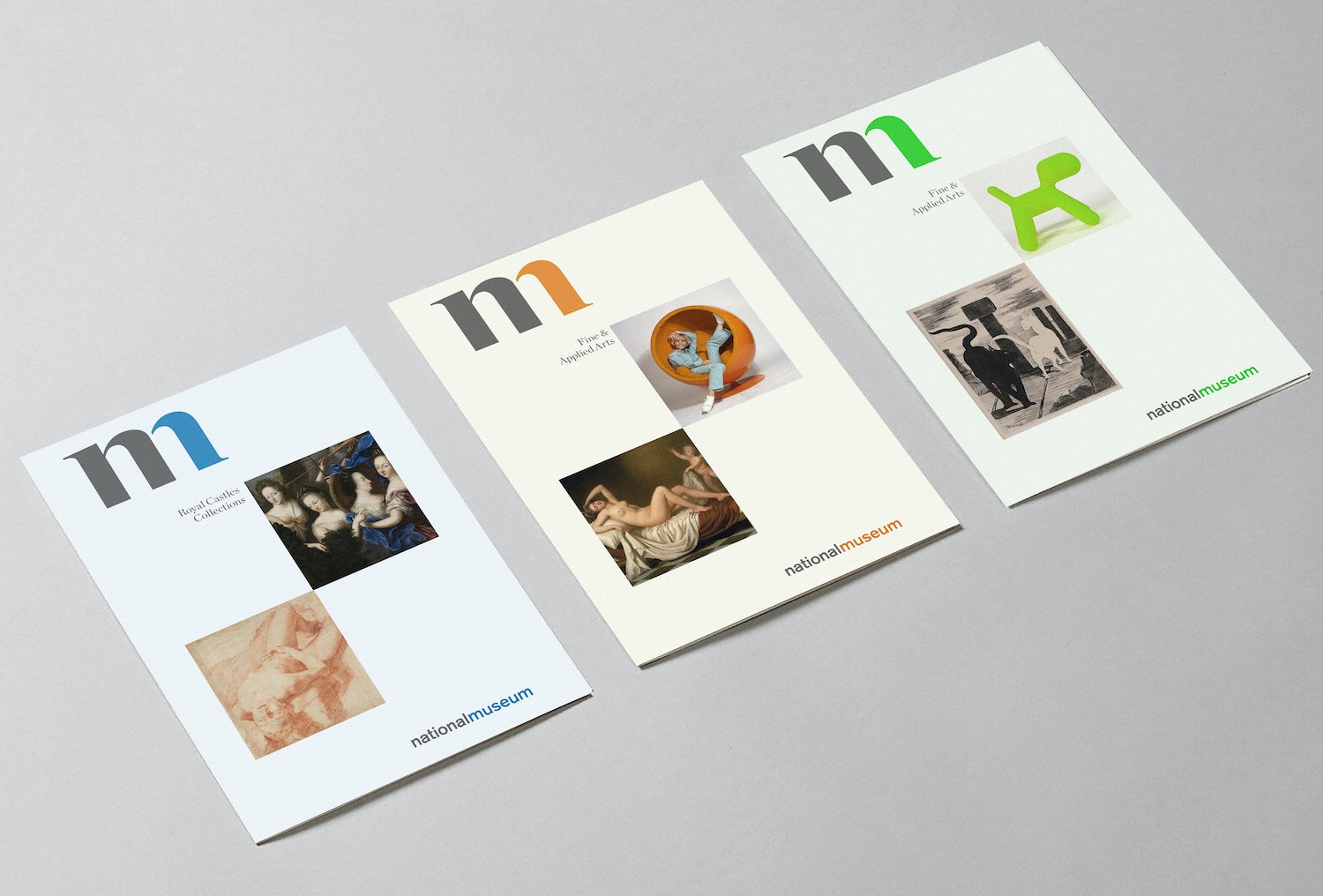 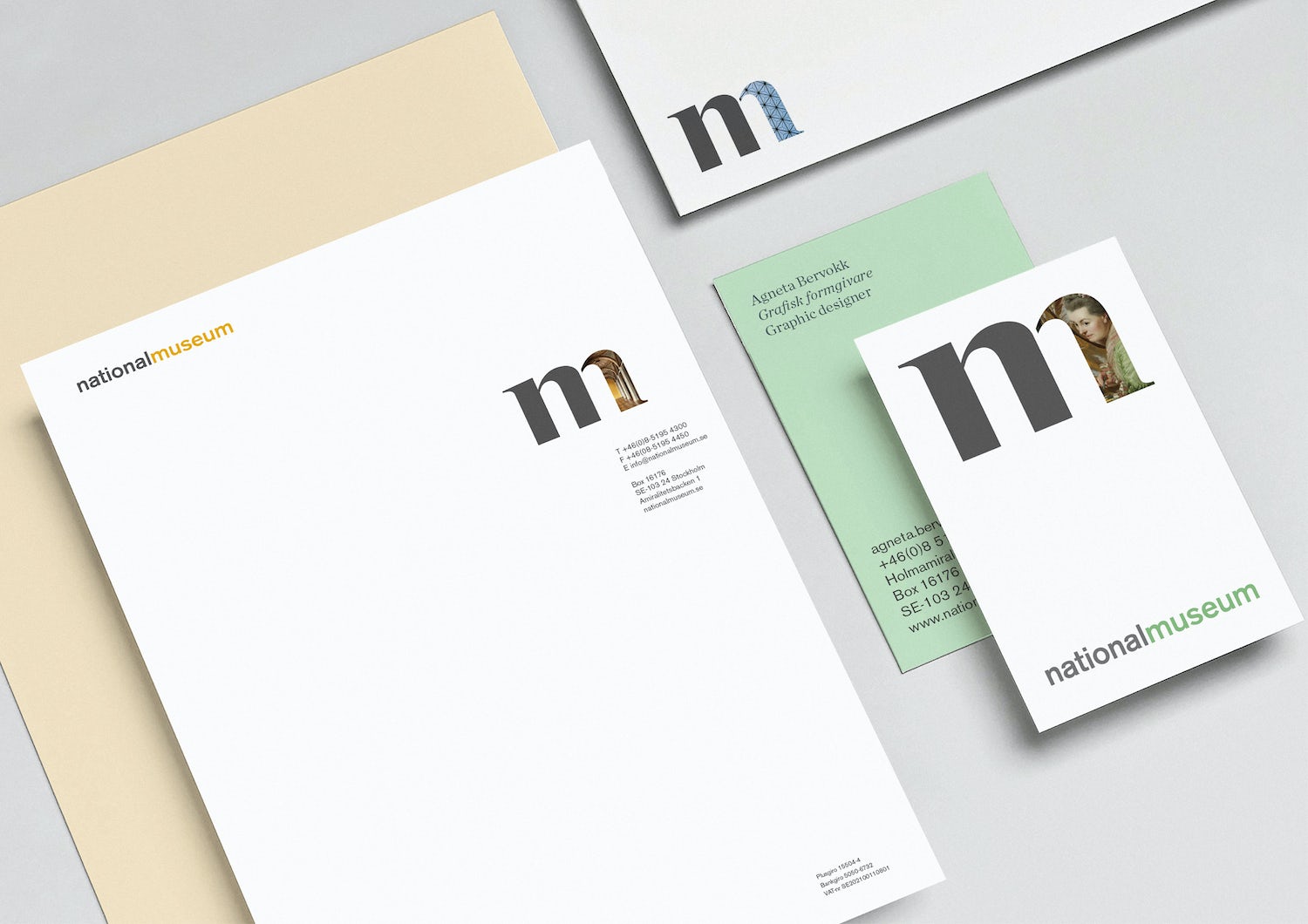 Hat-trick created the identity around three years ago, before renovations were complete, and has continued to work with the museum’s design team to create a range of applications. “They have an amazing range of imagery [the collection includes over 5,000 artworks] so it had to be really flexible. With the sans and serif fonts and the highlight colours, they can dial things down to make it feel more traditional or dial it up to make it more contemporary depending on the subject matter,” says Howat.

“The museum wanted to surprise people and do things that are unexpected … but we also had to respect the art. The curators take conservation very seriously,” he adds. 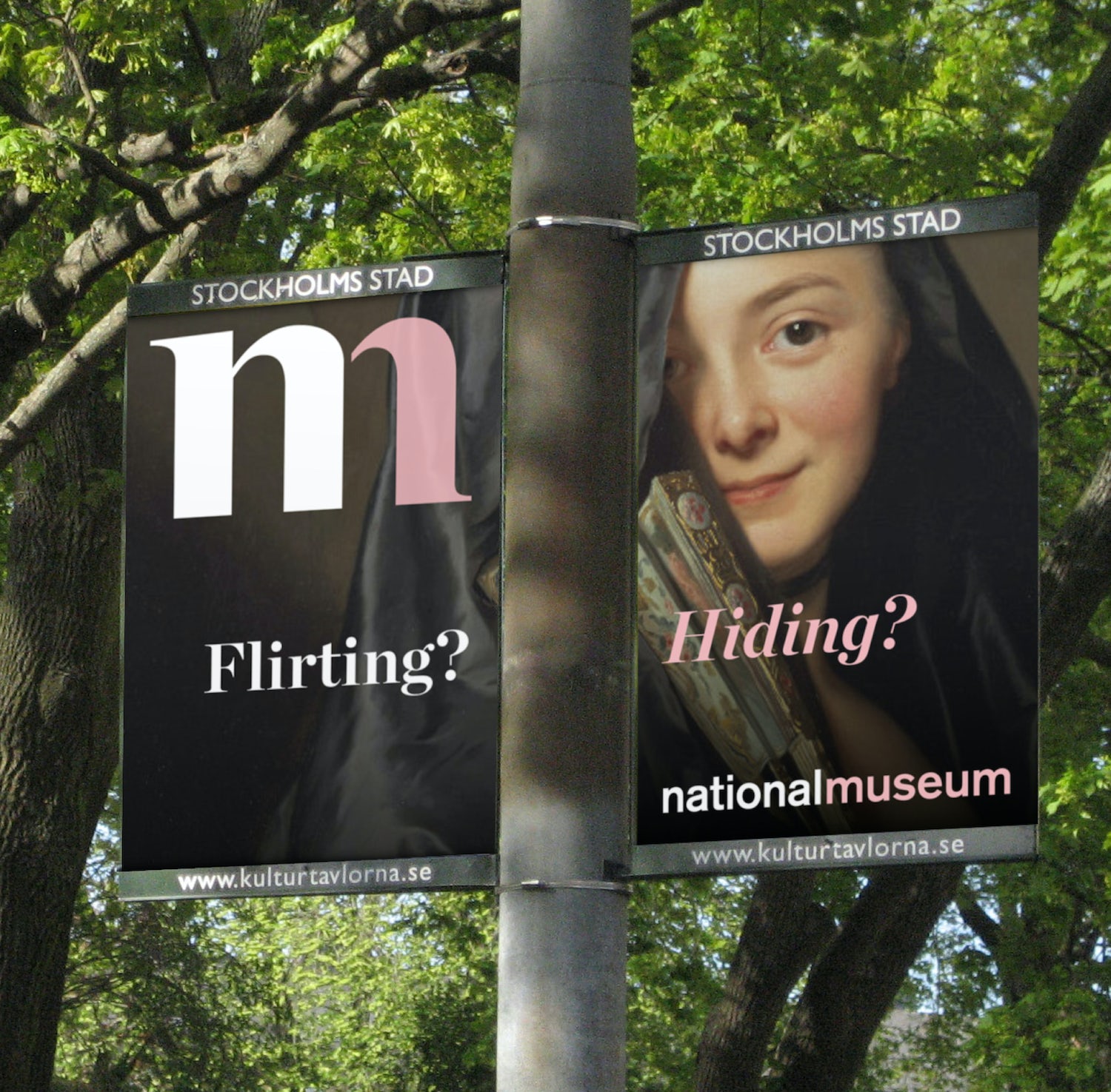 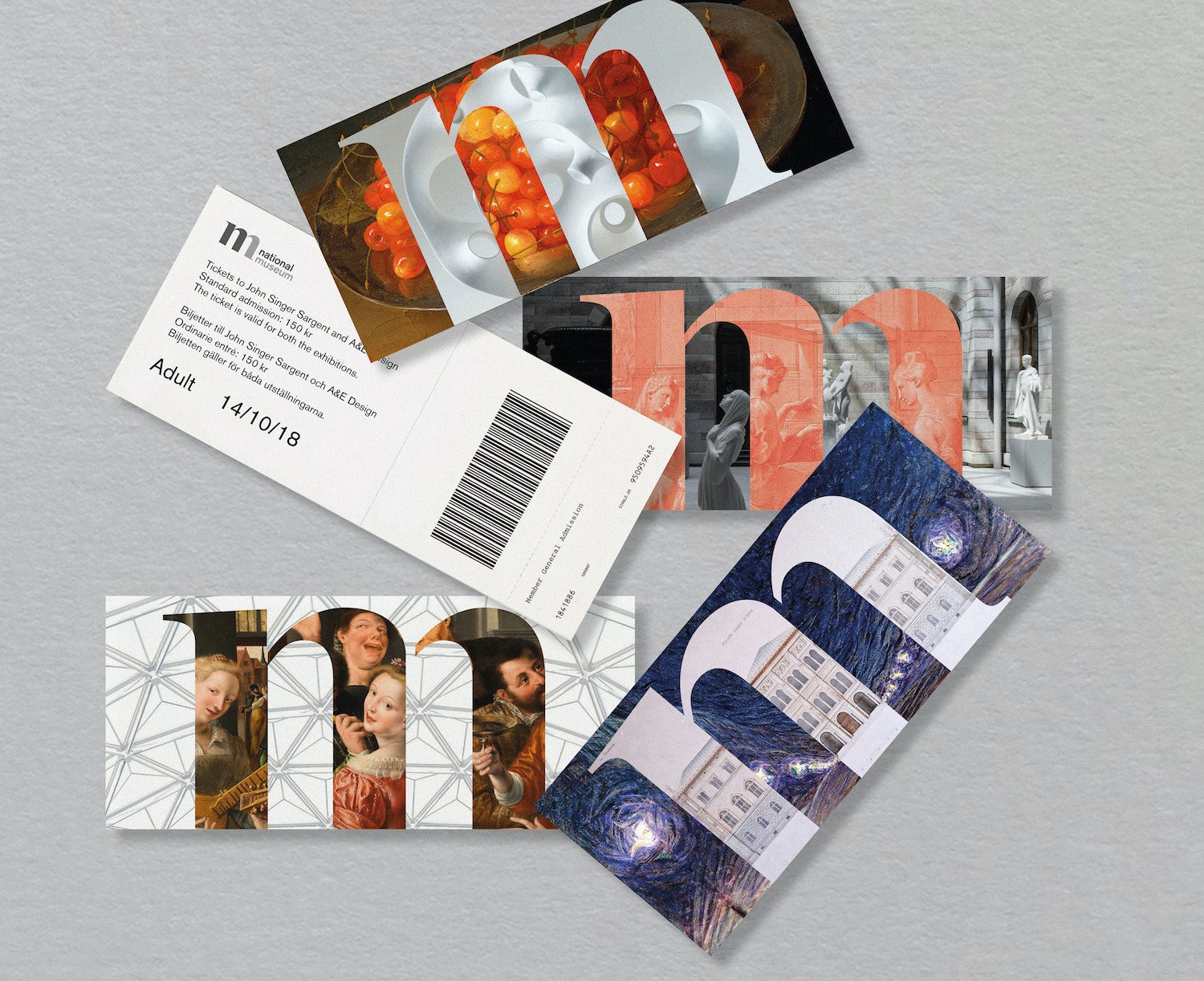 The result is an identity that feels both traditional and modern. Working on the identity alongside the renovation allowed Hat-trick to create a system that mirrors the design of the space – an opportunity that studios are rarely granted when working with long-standing cultural institutions.

“It’s very rare that that happens at the same time, but it means you can approach things in quite a holistic way,” says Howat.