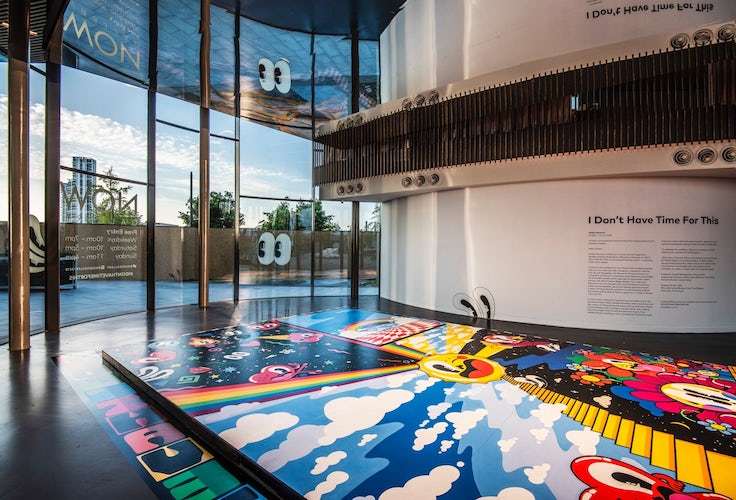 The huge illustrated piece – entitled I Don’t Have Time For This – is designed to encourage people to participate. By placing it on the floor beneath a mirrored ceiling, the illustrator hopes people will find a favourite spot, lie down, and take a snap.

“A lot of my work is interactive in a way, like my magazine covers,” says Stewart. “So the whole concept was how I could make people the cover star or the icon.” 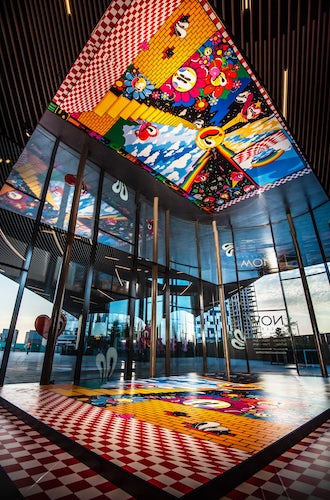 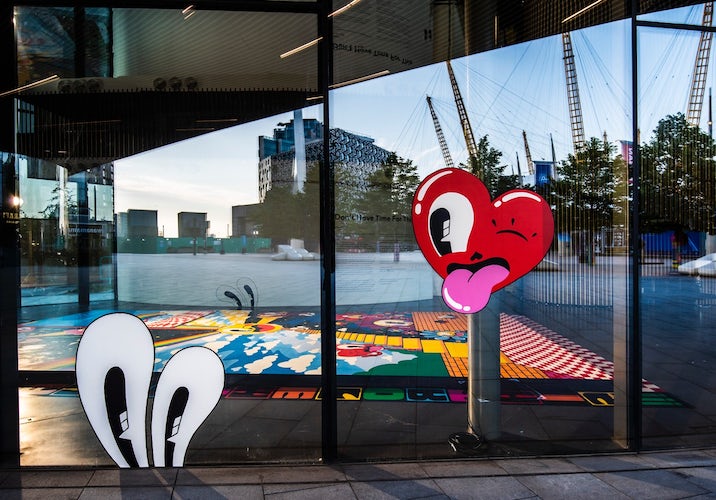 Stewart’s painting depicts a surreal world of chequerboard floors suspended beneath clouds and rainbows, surrounded by beaming suns and winking hearts. It’s all classic Hattie Stewart fare, with the usual sense that its trademark cuteness somehow hides something darker. In fact the illustrator says she watched all eight seasons of Band of Brothers while creating the piece – which she describes as a much-needed moment away from commercial work.

“There’s a running joke about how I never have time to do anything, as I’m so focused on work,” says Stewart. “But yet always getting loads of stuff done and not really being aware of what it is I’m producing or doing.”

“The whole show was about making time, because I never have a moment to sit down and reflect. You’re always rolling and it’s always the next thing. I wanted to make a piece that was about having the time to create.” 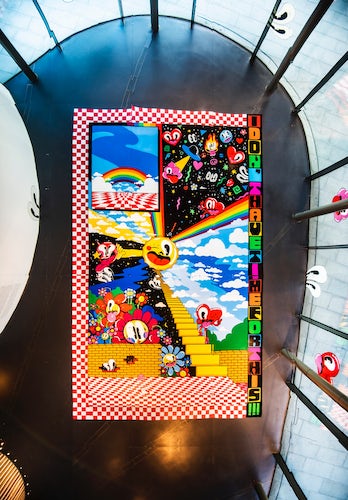 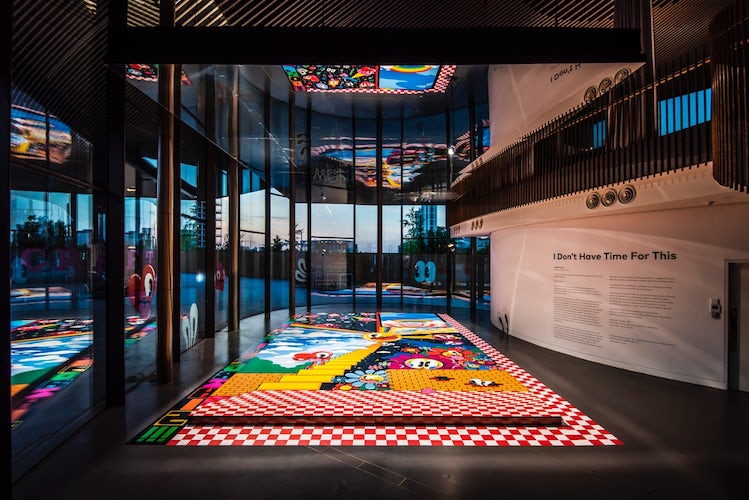 I Don’t Have Time For This offers an enjoyable contrast to the usual work-on-white-walls gallery show. It’s also an unusual and strangely intimate experience to see gallery-goers shuffling over the artwork in their socks or bare feet.

I Don’t Have Time For This is at NOW Gallery, in Greenwich, until 25 June.