Helen Levitt emerged as a photographer in Depression-era New York, where she lived and made the bulk of her work. She is best known for her theatrical photographs of the city, initially training her lens on Brooklyn where she was born, then neighbourhoods such as Harlem in Upper Manhattan. She occasionally made images elsewhere, including on a trip to Mexico City in 1941, her first and only international journey, but it is New York City that she is most closely associated with.

A new book published by Thames & Hudson offers a compact survey of her work, complete with an essay by curator and art historian Jean-François Chevrier. 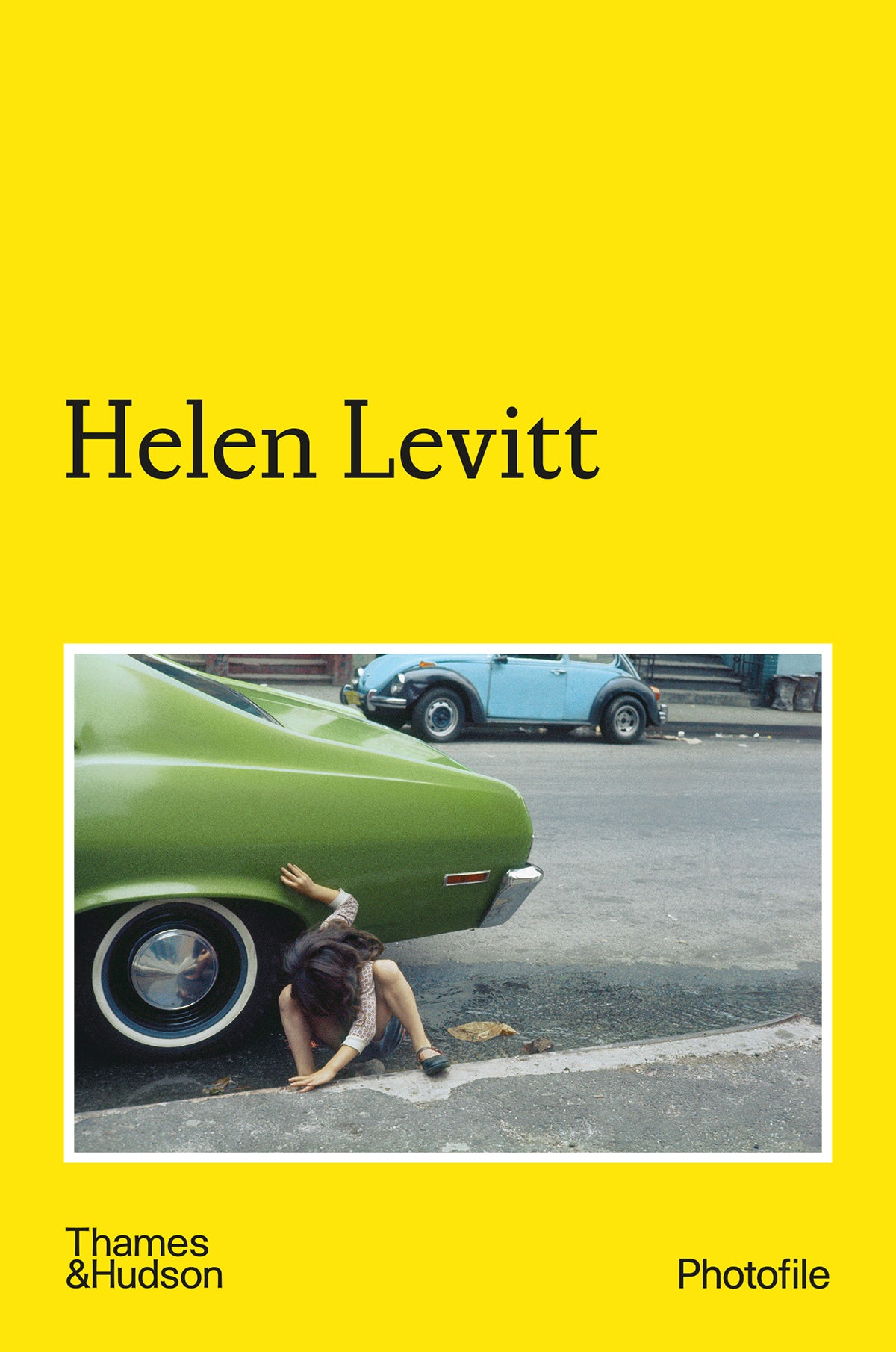 Levitt’s documentation of the everyday was a long-running pursuit. Over the decades, she relentlessly sought the ebbs and flows, the joys and tragedies, of neighbourhood life. In her work, the street was a microcosm of society.

The stars of her images were often children, both at play and in control as adults-in-waiting, as though a street performance of Bugsy Malone. Yet just as the street was under the careful eye of Levitt, the children were similarly under the watchful eye of their elders, who can be seen gathering on the doorstep often with mildly anxious expressions.

Levitt’s career as a photographer was punctuated by a decade spent in filmmaking, during which time she created her lauded short film In The Street, which expanded upon her street imagery.

Around 1960, she returned to the world of still imagery in a newly saturated era of photography. The proliferation of colour photography revealed even more detail in Levitt’s images. A sweet dispenser filled with sugary spheres pops with kaleidoscopic hues. Elsewhere, a gleaming red car reveals the link between the victims of an accident: at the front of the car, bloodied clothing is draped over the passenger window, while a cat with a crimson gash seeks refuge to the rear.

“Colour led to the rise of unexpected objects,” Chevrier writes in the introduction. Yet however constrained or free Levitt’s palettes were, the ambition was the same: “Helen Levitt always emphasized the enigmatic and the humorous nature of the interactions that make up the everyday fabric of social life.”