When South Korean illustrator Henn Kim was a teenager, she stopped speaking for almost two years. At the same time as her crippling depression and anxiety rendered her mute, however, her mind was coming alive with words and images.

Art ultimately proved to be Kim’s personal form of therapy, acting as a means for her to translate the fractured thoughts and complex feelings that constantly swirled around in her head into the real world. 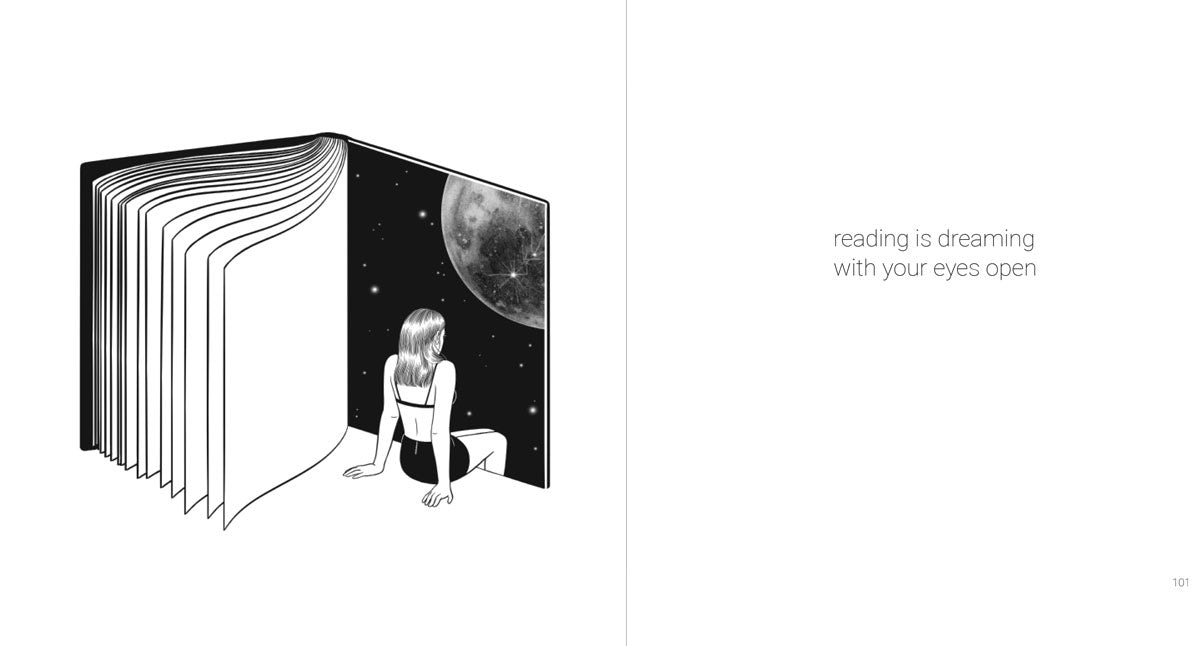 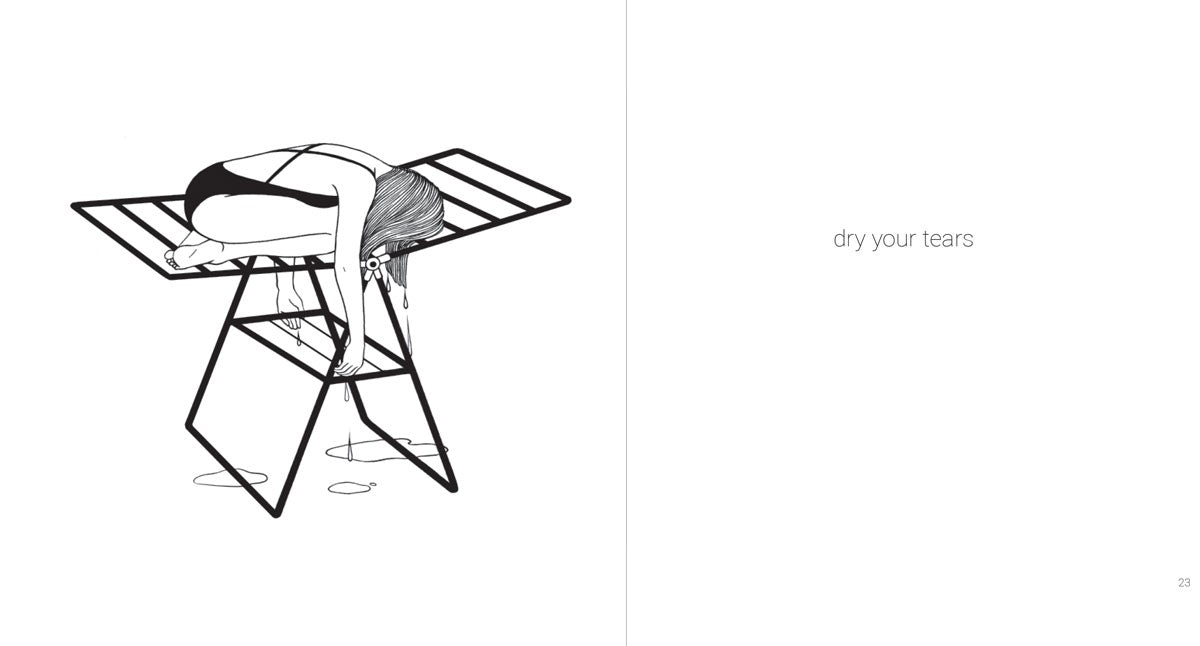 “However, I enjoy expressing the beautiful darkness and twisting the fantasies. By putting them all in the artworks, it makes people think they all exist in the real world. I love the contradiction in my working process.” 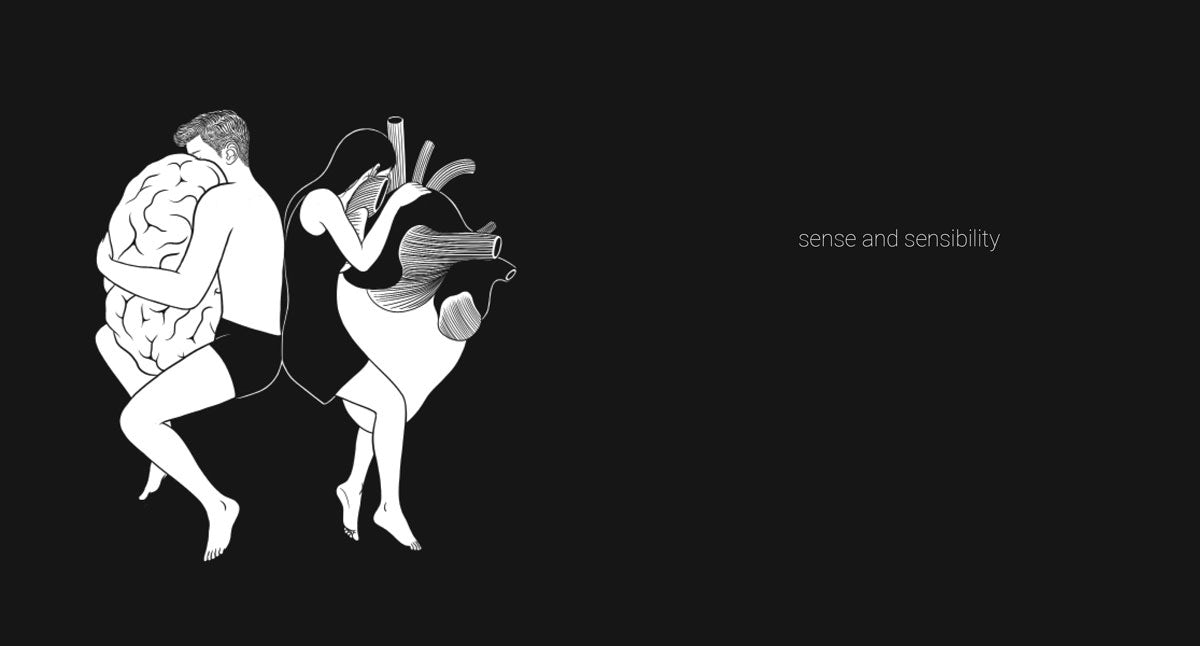 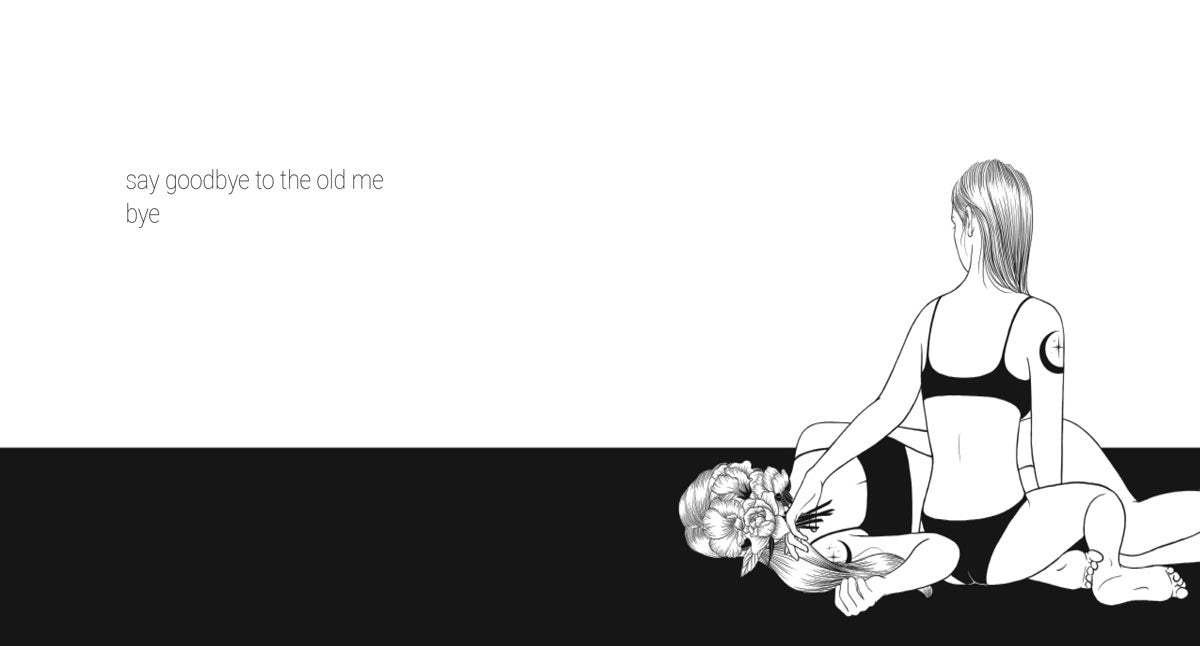 The illustrator’s striking, monochrome aesthetic has also resonated with people all over the globe. She has a cult following on Instagram, where she regularly converses with her 870,000 followers about her innermost thoughts, and has been commissioned by everyone from Unicef to novelist Sally Rooney.

Kim’s latest project takes the form of Starry Night, Blurry Dreams, a collection of minimalist and surreal graphic poetry, featuring everything from a girl with her head inside a pencil sharpener to a couple embracing in a lightbulb. 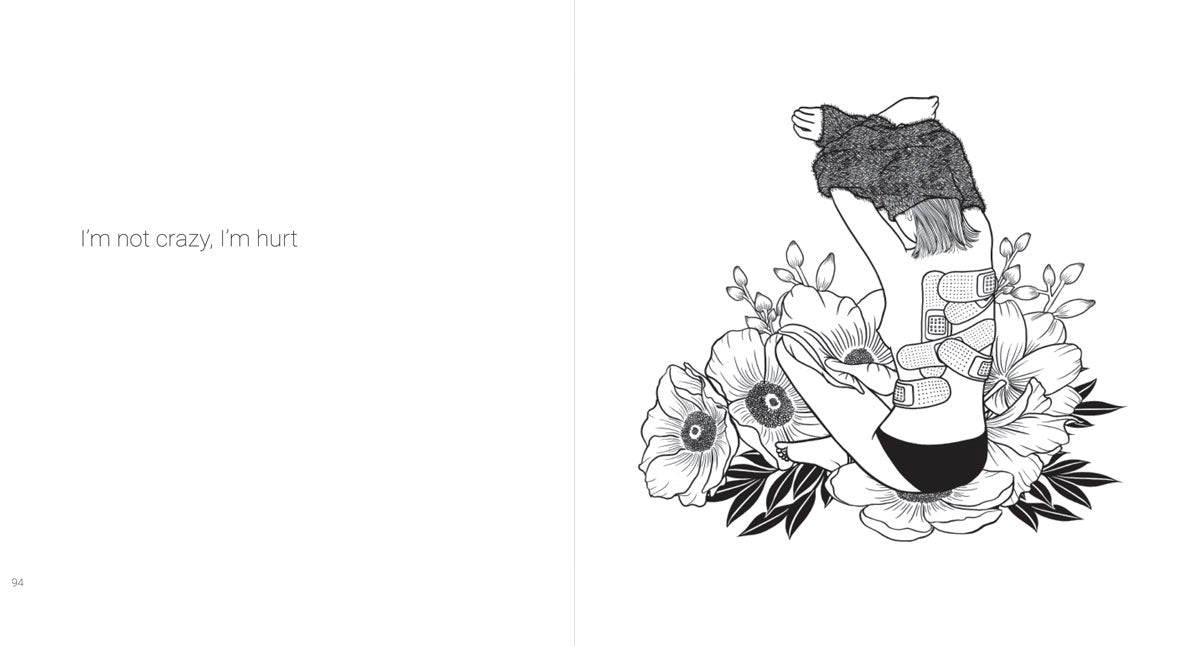 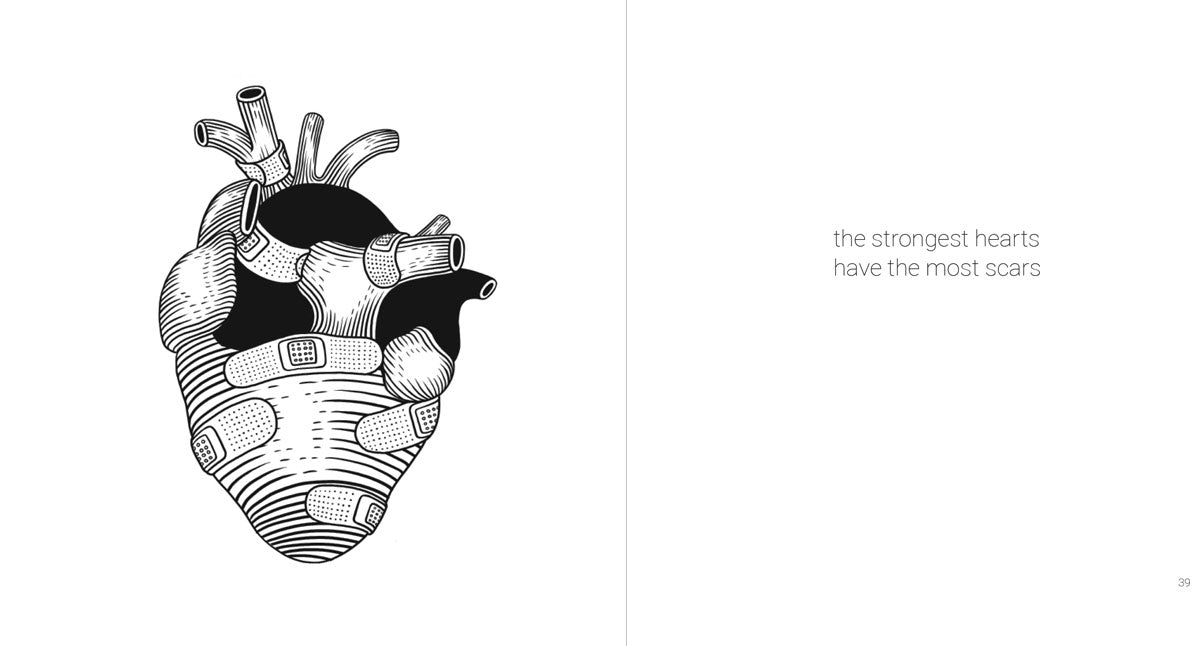 “My life used to be black. That doesn’t mean that my life has always been in the dark. I just had more shadow and darkness than other people from my depression. Ironically, I’ve been inspired by those shadows and darkness and I could learn how to see myself clearly in the dark. That has influenced my art and my book,” says Kim about bringing the book to life.

As with the rest of her work, it offers a poignant commentary on the complex emotions that affect all of us at one point or another, from heartbreak to fantasy to sorrow. When words are not enough to describe our emotions, Henn’s book is intended to be a friend in the dark. 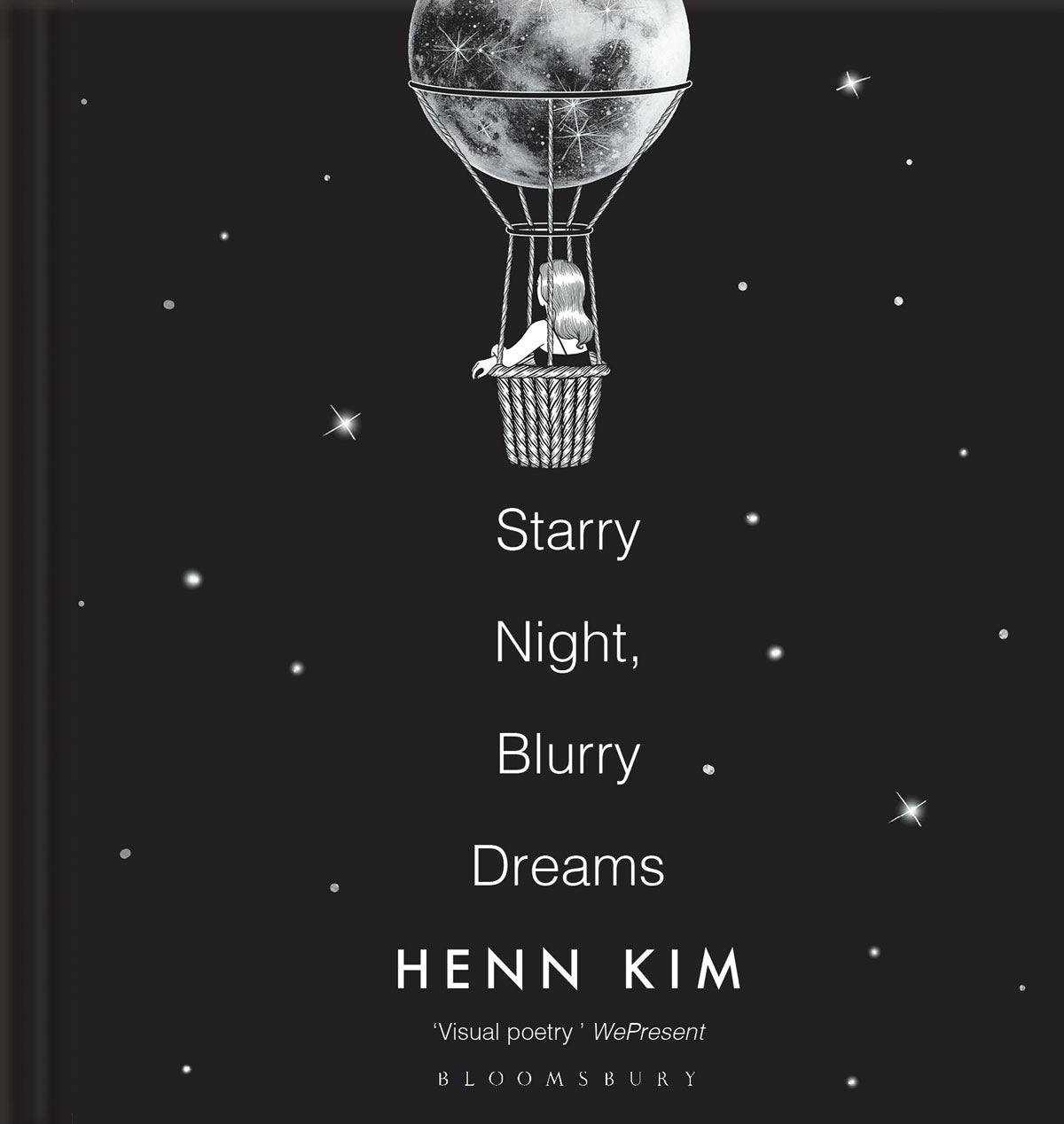