London’s East End has changed almost beyond recognition in the past few decades. Run down factories, pubs and houses have been transformed into coffee shops, co-working spaces and creative studios, and there is little trace of the devastation caused by German bombing in World War Two. But a new book by Hoxton Mini Press offers a fascinating glimpse of the past.

The East End in Colour: 1960 – 1980 features dozens of photographs by David Granick – a keen photographer and member of the East London History Society.

Granick was born in Stepney in 1912 and shot thousands of images of the area throughout his life, using colour slides to illustrate his lectures on local history.

His images show a very different side to an area now known for its nightlife, shopping and a thriving creative and tech scene. Shot on Kodachrome film, they capture an area bearing the scars of the Blitz – one that was still best known for its docks, factories and slums.

Granick captured both the area’s buildings and residents – from Jewish silversmiths to street traders and women carrying the shopping – as well as peeling doors, boarded up windows and hand-painted signs above corner shops and warehouses.

His keenly observed photographs show an area undergoing massive change: a man pushes a wooden cart past modern cars while tower blocks surround the remains of a house that has been reduced to rubble. Most of the people in his images are white – which seems striking now in an area known for its diversity – but a picture of a man in a turban talking to another in a flat cap at Watney Market hints at a growing immigrant community.

Granick’s slides were donated to his local library when he died in 1980. The Victorian building is now known as the Tower Hamlets Local History Library and Archives and is devoted entirely to collecting and preserving material about the borough’s past. Its vast collection includes 2,000 maps, 20,000 pamphlets and 80 boxes of photographs showing street scenes.

Granick’s photographs have been painstakingly digitised by documentary photographer Chris Dorley-Brown, who has lived in East London for 20 years and discovered them on a visit to the archive.

It has been a labour of love – as Dorley-Brown explains in his introduction, the photographs had remained in tact but their cardboard mounts had dried out and fibres had transferred onto film, leaving dots and lines. Dorley-Brown has retouched images to remove “distracting marks”. He also photographed them using a digital camera and a lightbox instead of a scanner to preserve the original colours.

It’s a beautiful collection of images that show an area on the cusp of transformation.

“These cool, slightly detached and beautifully composed photographs invite us into a world that seems to be decomposing and fading, just like the material on which they are made,” writes Dorley-Brown. 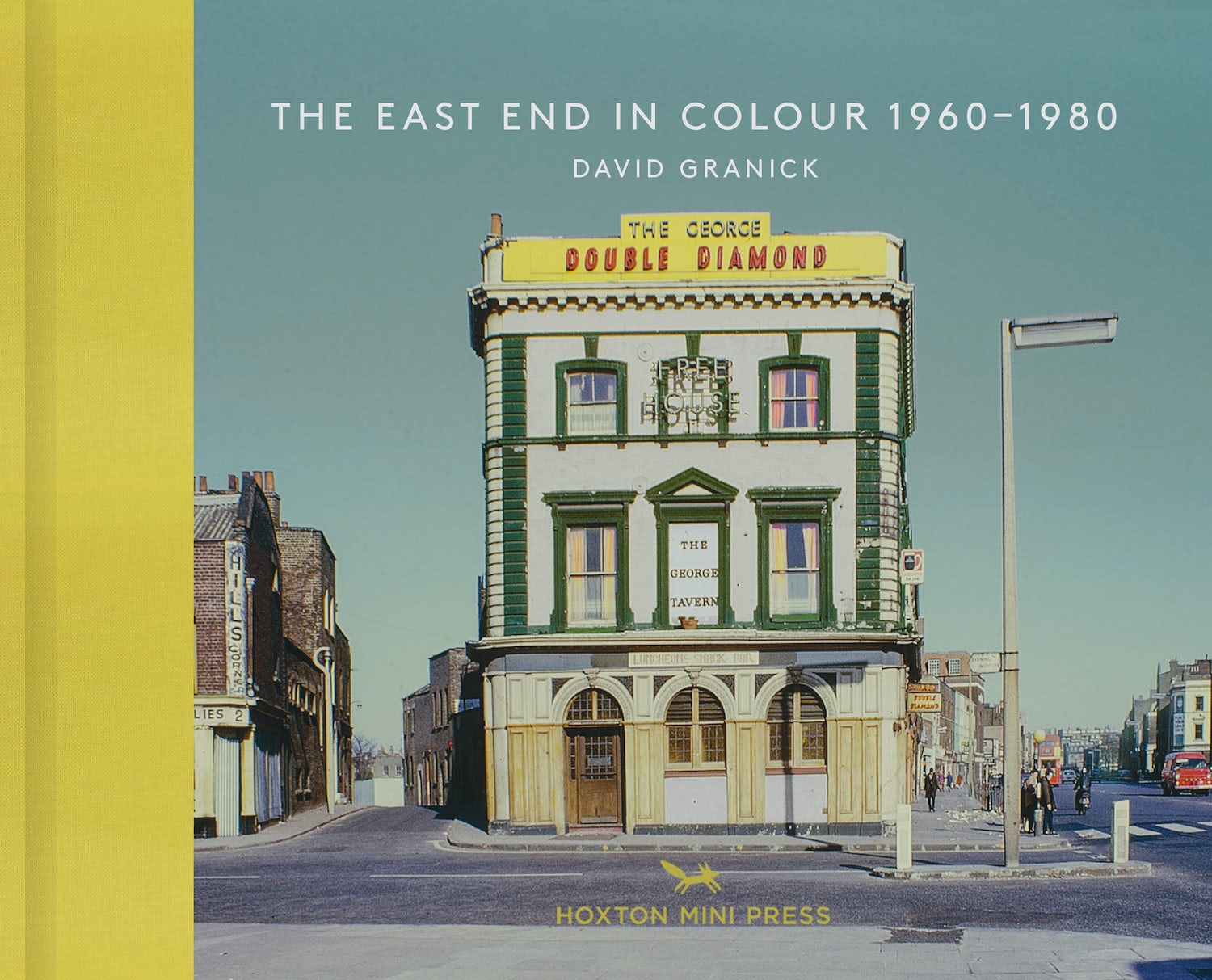