There’s been something of an animation renaissance in music videos over the last couple of months – from Tom Misch’s mellow animated car journey in the video for Nightrider to Chris Hopewell’s stop-motion version of Cat Steven’s classic track Where Do The Children Play?

Electronic music duo Honne are the latest artists to embrace animation in the wake of the pandemic; the release of their new single No Song Without You is accompanied by a charming animated video created by illustrator Holly Warburton. 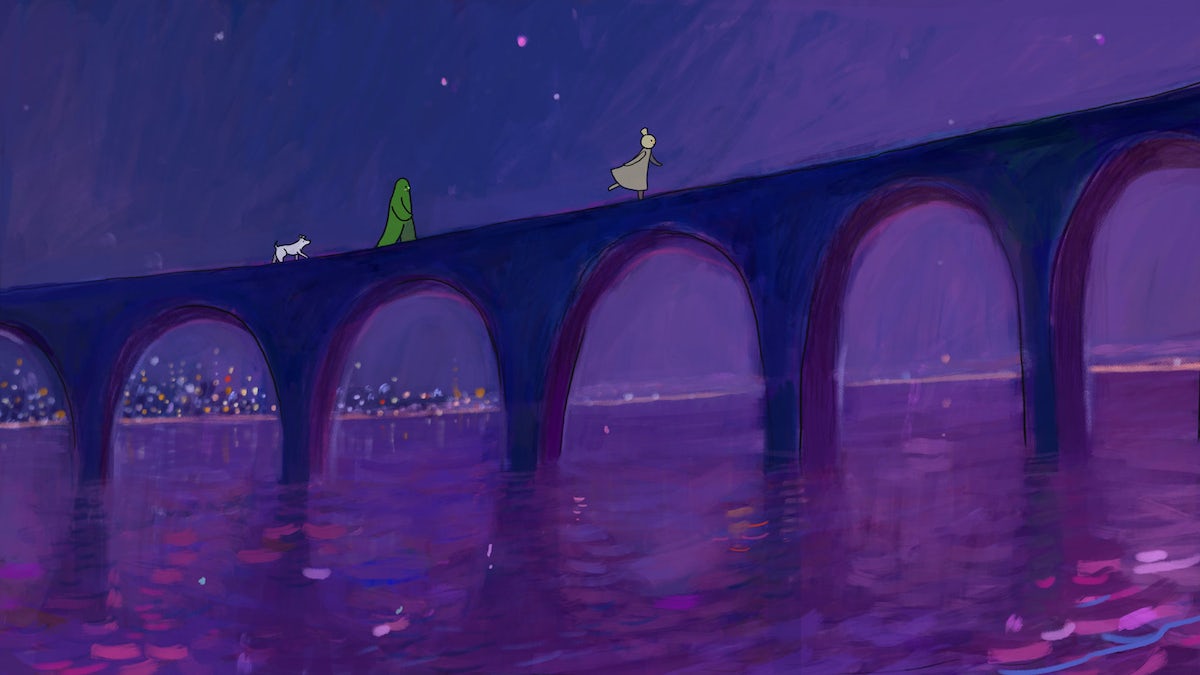 Imagined, developed and completed entirely during lockdown, the project was led by Honne alongside Atlantic Records UK creative director Luke Tipping and commissioned by director of video Dan Curwin. Warburton was brought in by the band to create the animation after they became fans of her work online.

Co-written by Honne’s James Hatcher and Andy Clutterbuck with producer Pomo, the heartfelt track describes a close relationship in Clutterbuck’s life, and how the other person is always able to lift him up during difficult times.

In the same vein, the video tells the story of the relationship between a green monster and a lamp ghost. “I liked the idea of bringing together an unlikely pair – one dwells underground, while the other descends from the light,” Warburton explains.

“The monster initially appears to be very unsure and afraid of the world. Upon meeting the lamp ghost, things begin to change as they explore the city together, discovering its hidden beauty. As the enthusiastic ghost guides them along the journey, the monster is able to let go of anxieties and sadness, at least for a little while.” 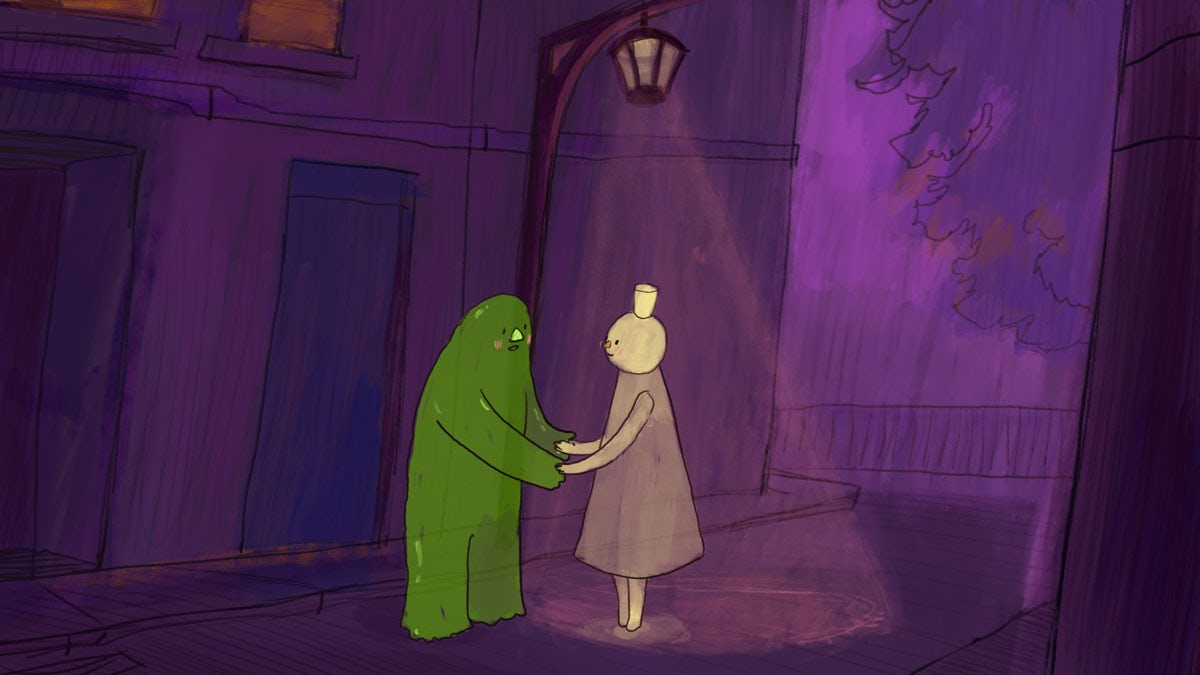 Warburton created the animation digitally using a frame-by frame technique in Photoshop, building up the backgrounds first to set the scene, then mapping out the character movements within the spaces and filling the linework with a warm colour palette of purples and oranges.

“I often work in this way because I like the imperfections and wobbles that come with it,” says Warburton. “It’s unavoidable with this method, so I have learned to embrace the look!” 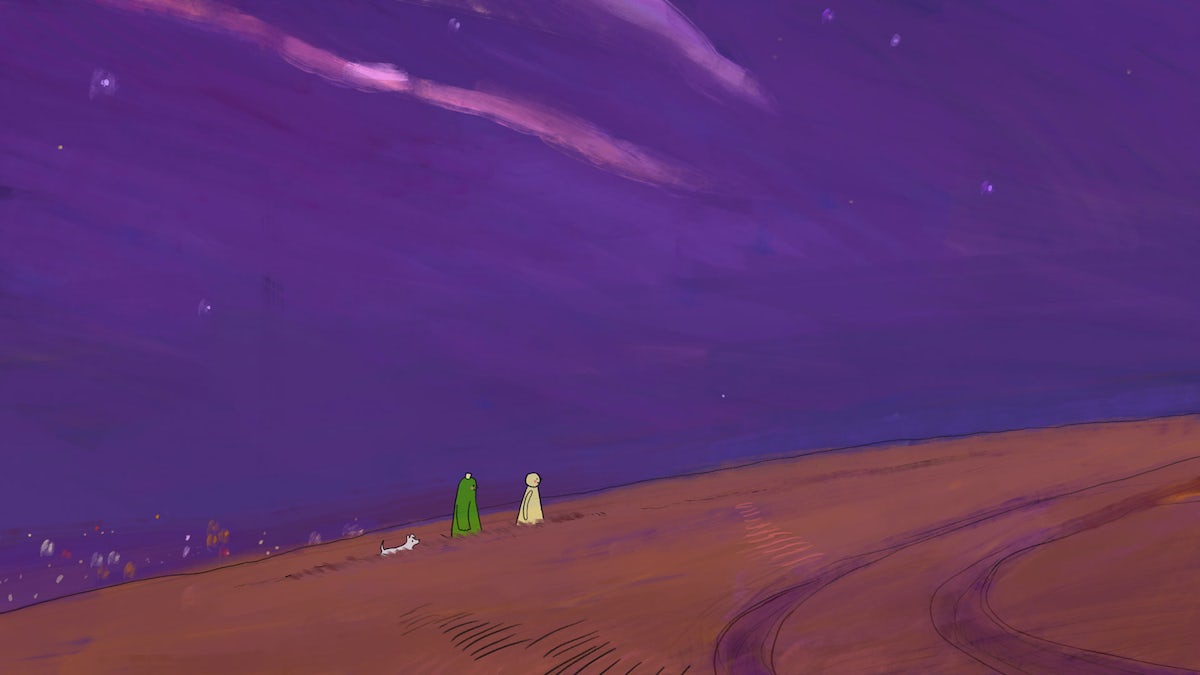