The current political climate might be unpredictable, but there’s typically no fireworks when it comes to branding for parliament, not least because of the wide audience it needs to accommodate.

However, after ten years of using the same visual identity and interfaces, which were ill-equipped for the digital world, the House of Commons comms materials have been given a long overdue lick of paint. Branding agency SomeOne led the project, which involved redesigning the visual identity, modernising user interfaces through upgraded OS visuals and a clear move towards flat design. 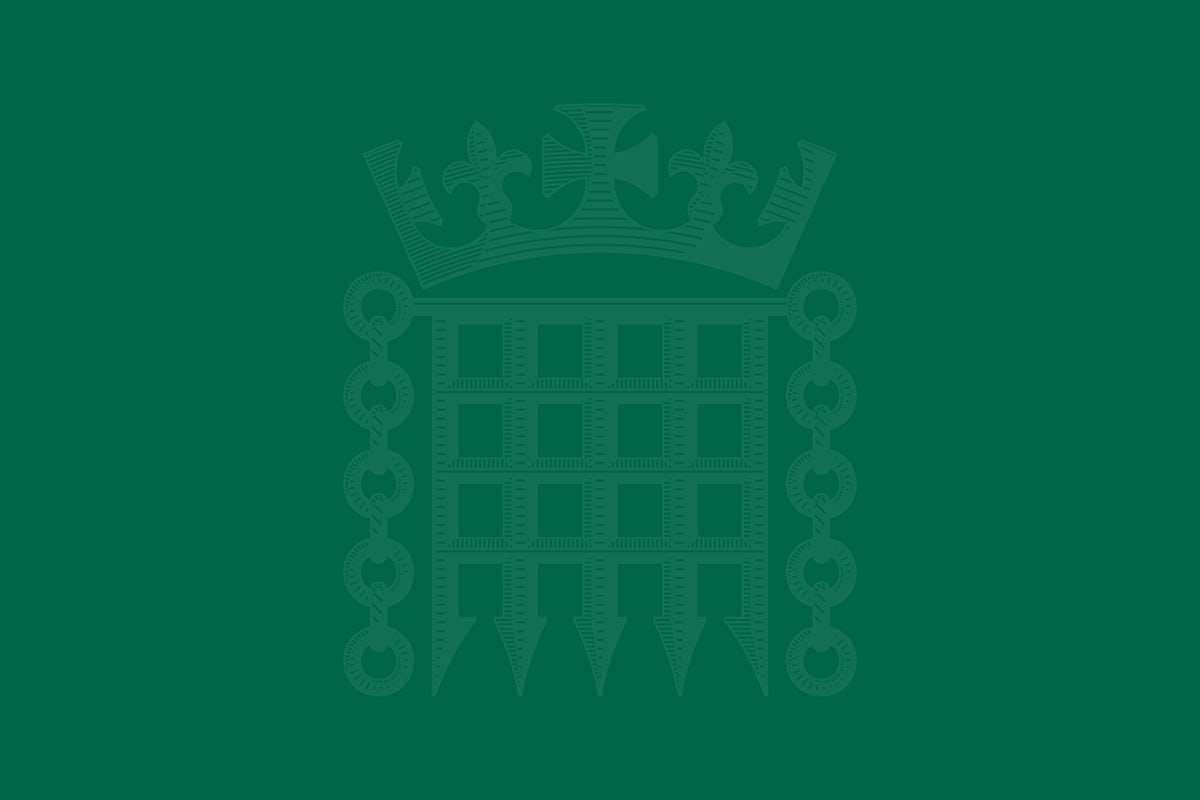 The rebrand also brought with it an updated typeface, National, and tweaks to the recognisable green colour, both in the interest of improved legibility and accessibility.

“An extensive range of House of Commons sub-identities had evolved over time and management of the visual identity as a whole had become complex and challenging,” says SomeOne Founder Simon Manchipp. The agency therefore aimed to hone the identity while ensuring it could be implemented smoothly across a wide array of previously overlooked mediums, with a new found focus on digital touchpoints in particular. 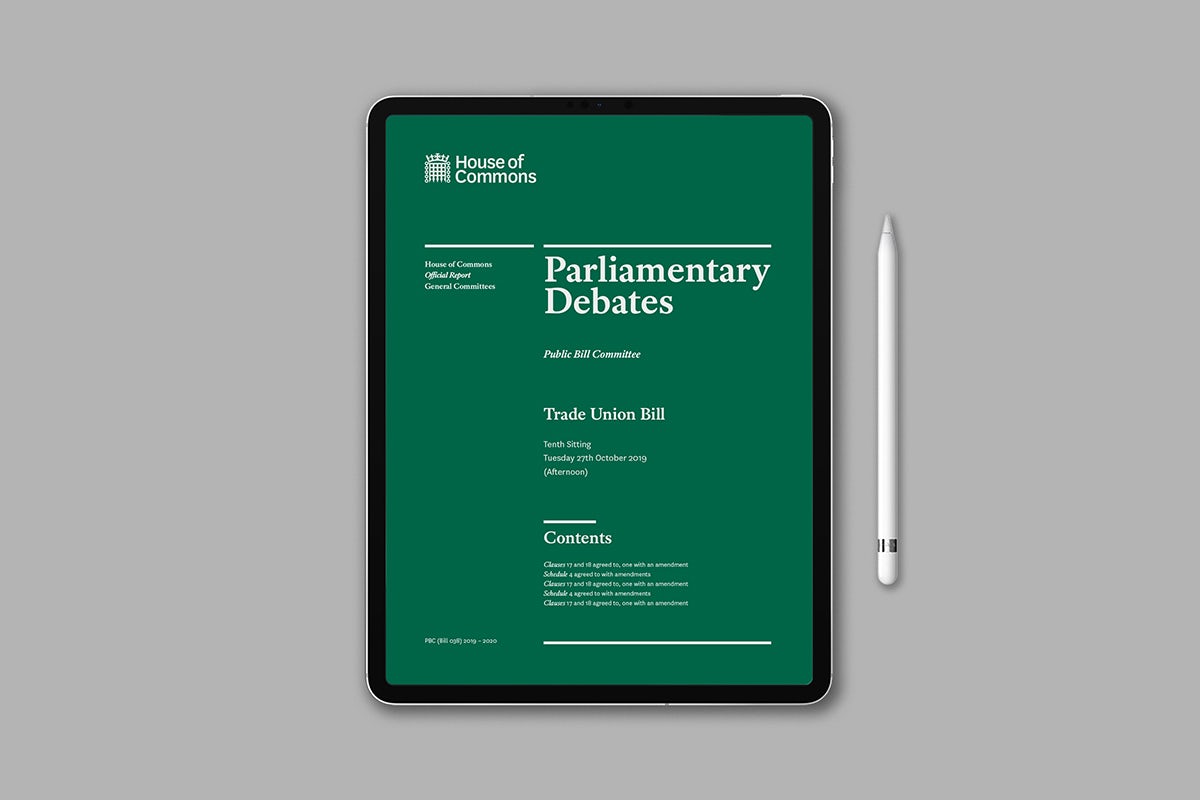 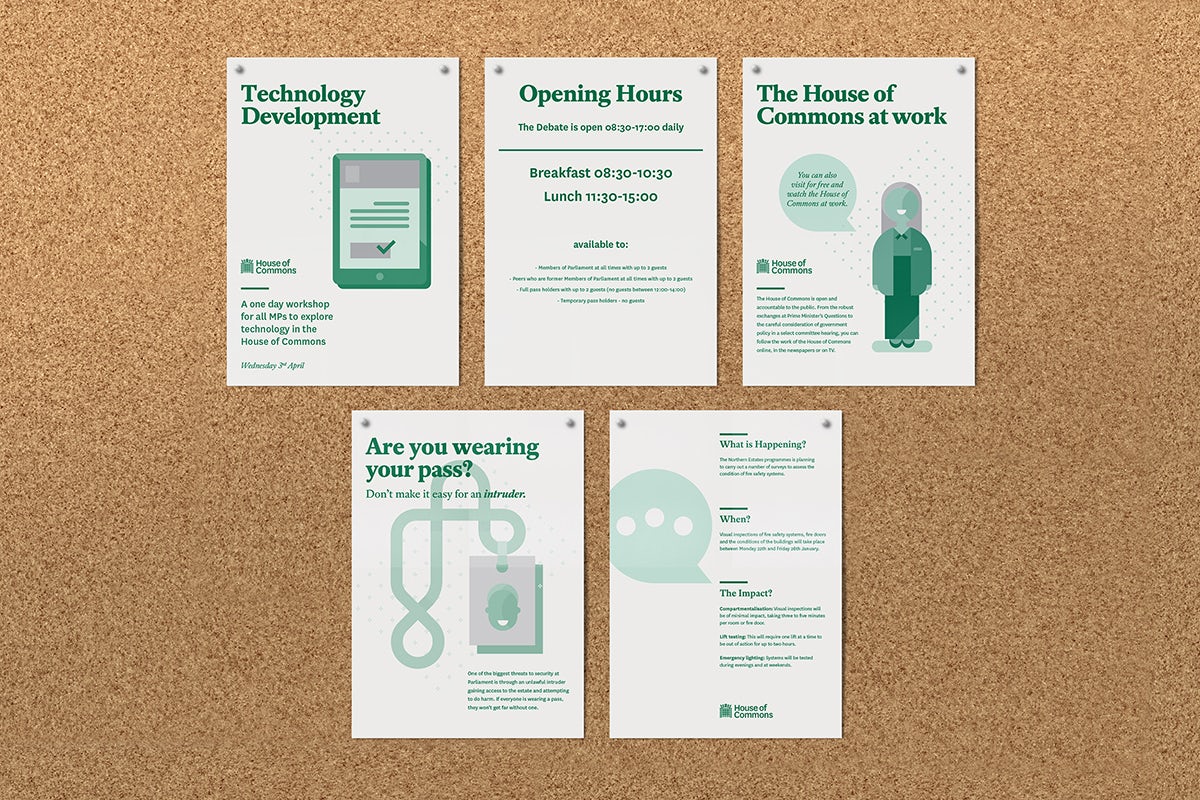 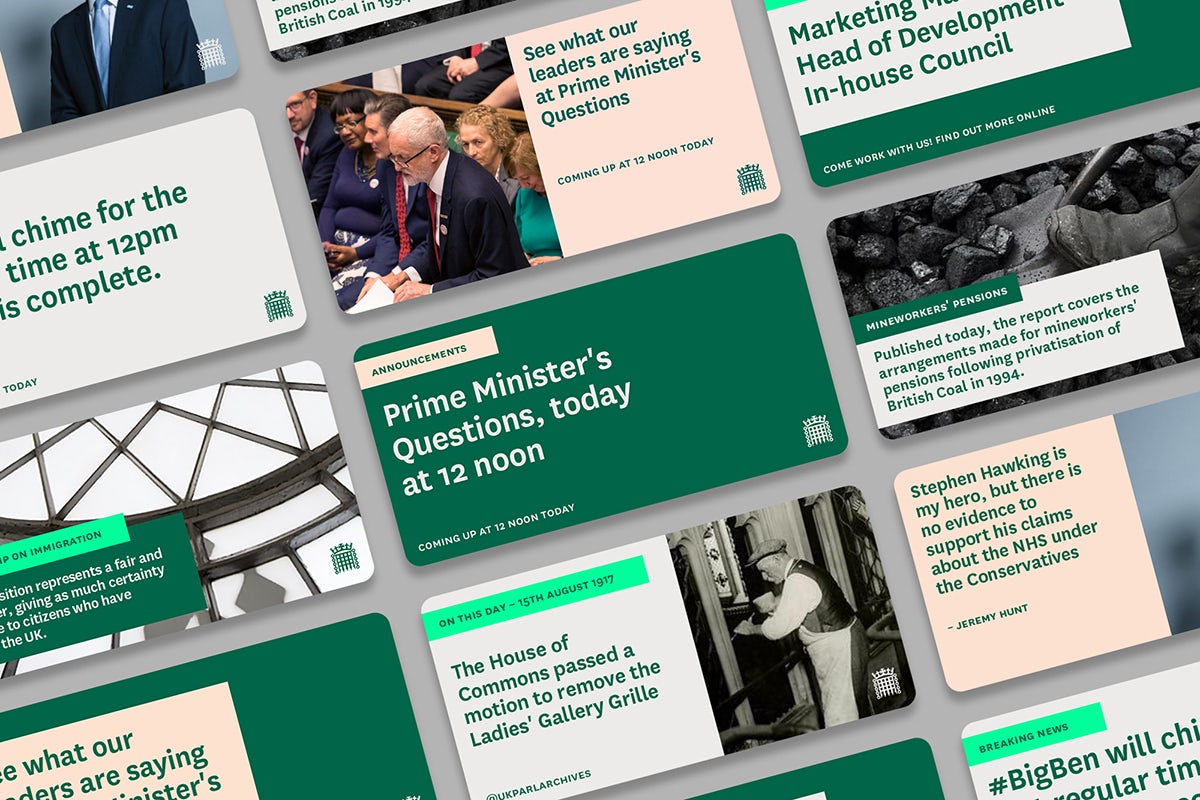