One of the most revered eras in cinematic history, the French New Wave marked a shift away from mindless tradition and solidified the birth of the director. Though filmmakers took different approaches depending on which bank of the Seine they were allied with, the movement saw a fresh take on everything from narrative structures to technical conventions. The likes of Godard, Truffaut, Rohmer, Chabrol and Varda were cemented as some of the most revered iconoclasts in cinema – but where are Clément Hurel or Jean-Michel Folon when we discuss the French New Wave?

A new tome published by R|A|P is pushing New Wave artists and designers back into the limelight through captivating imagery, informative essays and revelatory biographies. In the book’s introduction, esteemed culture writer Christopher Frayling relays how New Wave cinema finds its roots in print, particularly through its links to cinema journals like La Revue du Cinéma and, of course, Les Cahiers du Cinéma, which many directors once wrote for.

It was in print, too, that the term la Nouvelle Vague was born, with journalist Françoise Giroud having coined the term in October 1957 and applying it to this fresh stream of directors the following year. The connection was symbiotic: “In the construction of la Nouvelle Vague as the new intellectuals of the film world, as a brand almost, print played a key part. And there were not surprisingly countless references to print media in the films themselves,” Frayling says.

Graphic design was already exploring new directions in the US post-war, with figures like Saul Bass and Paul Rand playing a central role in pushing forward the discipline. Likewise, Frayling highlights that on the other side of the pond, European posters were naturally moving away from the kind typically seen in Hollywood film art.

Nonetheless, graphic design evolved further with the arrival of the New Wave and in turn shaped the image of movement. “The energy of the films somehow influenced the graphic energy of the posters,” Frayling points out, citing the letterforms seen across posters for Alphaville, Week-end and À bout de Souffle (Breathless) and the way in which faces were displayed on artworks for Cleo de 5 à 7 and Les Quatre Cents Coups (The 400 Blows) – a world away from how film stars were traditionally displayed on posters.

New Wave directors forged a new visual language that found its parallel in a fresh, daring graphic style that challenged convention. These posters told the world that this was a new breed of cinema; without them, it’s hard to think of the films having such reach and convincing curious members of the public to venture into a screening.

“The way that narrative and images were presented was turned on its head. The same was true of the poster art,” echoes Tony Nourmand. “The artists tasked with selling the films of the New Wave to a global audience — from Poland to France to Japan — broke with the establishment and wrote their own script.”

The book rightfully points out that while the New Wave revolved around French films, the artists crafting its image to the world came from all over. It reveals the legacy of artists like Hans Hillmann and Hisamitsu Noguchi – who were revered in their native Germany and Japan respectively, but are rarely mentioned in the context of the New Wave – and encompasses inventive works that illustrate how graphic styles differed around the world.

Far from a dust-gathering coffee table book, French New Wave: A Revolution in Design is rich in visuals and detail regarding a seminal movement in cinema – and offers no shortage of inspiration to replace Le Chat Noir in poster frames. 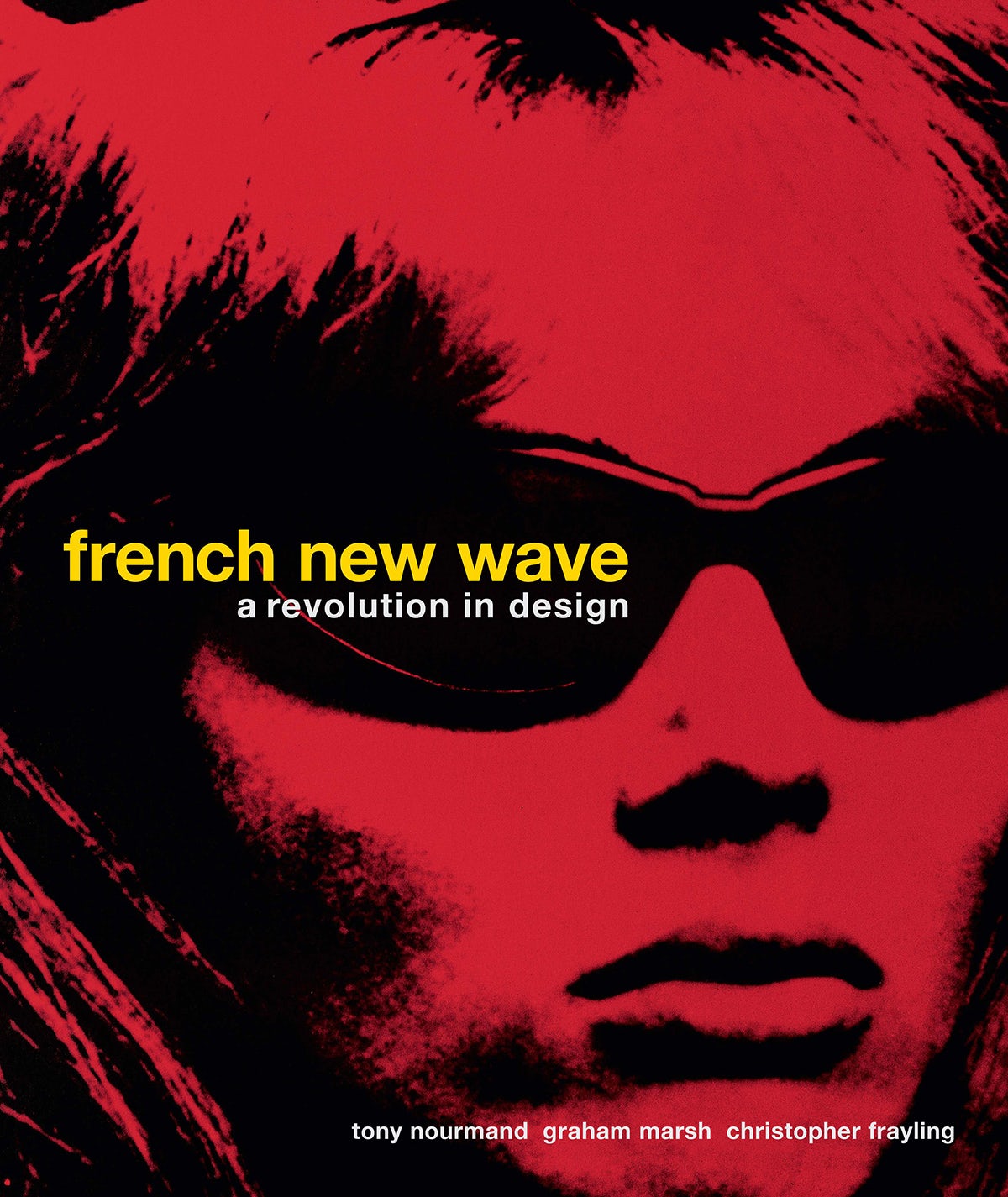 French New Wave: A Revolution in Design by Tony Nourmand, Graham Marsh and Christopher Frayling is published by Reel Art Press for £49.95; reelartpress.com

How can we get better at talking about money?