For the last five years, Microsoft has been using its Superbowl spot to share stories of people with disabilities. Its 2014 ad was voiced by Steve Gleason – a former professional American football player with Lou Gehrig’s disease – while in 2015 it focused on the story of Braylon, who was born without the tibia and fibula bones in both legs. This year’s We All Win spot concentrated on the tech giant’s Xbox Adaptive Controller, and how it’s changed gaming for children with physical challenges. It’s designed to be bigger than standard controllers, with 150% larger buttons and the ability to connect with other devices such as foot pedals or joysticks – so it can be customised depending on each person’s needs.

It’s easy to be cynical about major brands tackling inclusivity, but Microsoft’s ad is undeniably charming, and there’s a solid story behind the controller’s creation. It started as an idea more than three years ago by Matt Hite, a Microsoft employee and veteran who saw his friends return from service with an injury or amputation that stopped them playing games, or using them to interact socially. He brought US charity Warfighter Engaged – which creates custom devices for veterans – along to Microsoft’s annual hackathon, where the first adaptive controller prototype was designed. Turning that early version into a workable product proved a significant challenge for the Xbox design team, however.

“We approached it just like any new product, where we’d reach out to the customers who were going to use it, and test things out iteratively,” Principal Designer Chris Kujawski told CR. “Where it was really different was this type of customer is different from one we’d typically design for, and each customer was different from one another. You can’t design something for someone with a disability and expect it to work the same for every person with a disability.”

“That required a lot deeper research and talking to customers,” he adds. “First of all, finding them was a bit more challenging than it typically is. We can throw a stone from campus and hit a hundred Xbox gamers, and it’s really easy to have them come in on a Tuesday afternoon and give feedback. It’s much more difficult to find gamers with disabilities, and it’s more difficult a lot of the time for them to come to campus.”

The design team worked closely with charities that already had experience building hardware for gamers with physical challenges, but also spent a lot of time travelling and meeting people in their homes. Kujawski says seeing people using the controller was essential to the design process, particularly as not everyone was able to easily articulate their feedback. In the past, because of the expense of designing and building hardware and the resources it requires, most custom devices would have been DIY one-offs, rather than mass-market products. This meant the Xbox Adaptive Controller couldn’t be a standalone product, but able to fit with the work charities were already doing, and change depending on individuals’ unique disability. 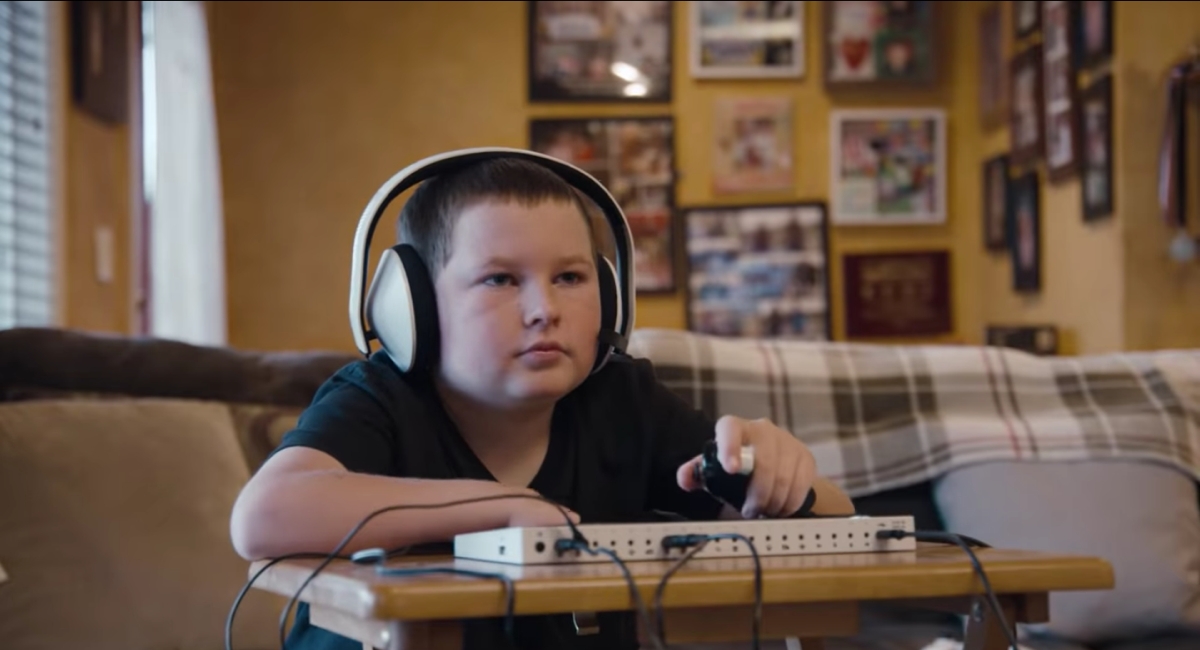 “You always get a lot of feedback on anything you’re working on, and you can’t always respond to all of it because a lot of the time it’s conflicting,” he told CR. “As a designer you have a different perspective, and you’re looking at it through a different lens to somebody else. Filtering that feedback and combining all of the different needs into one product was really challenging. It became really important to keep our guiding principle of making it as adaptable to as many different circumstances as possible. We would always err on the side of making it more flexible and not too specific.”

While there’s signs that’s games studios are paying more attention to accessibility features in their games, the Adaptive Controller is notably the first piece of hardware for disabled players, designed and built by a major manufacturer. In a era where we are seeing a lot of brands producing ‘creativity for good’ that is ultimately fairly shallow, it shows serious commitment to the project and demonstrates how design can be used to open up an experience for all to enjoy. Kujawski also believes it shows what can happen when designers tap into their empathy and understanding of others – something he thinks creative people have in abundance.

“It’s the highlight of my career,” he says. “I’ve worked at Microsoft for 12 years, and designed a bunch of successful products. It’s not that those devices don’t help people, and aren’t good, but this was the project where that idea really came to the front the most. Designing something that helps someone with something they couldn’t do before is satisfying. Especially when you combine that with the social and emotional aspects of gaming, and a kid being able to play as a peer to their friends, when they couldn’t do that before. You don’t get to design products like that very often.”