The concept for Gentle Monster’s London store sounds like the plot for a bizarre sci-fi film or a graphic novel. A group of aliens visit earth, fall in love with kung-fu and build robot warriors which they control via telekinesis.

These robots – which take up much of the shop’s ground floor – spring to life every three minutes at the sound of a ‘ceremonial gong’. On the floor below, two more robots battle in an arena as rows of miniature alien spectators cheer them on.

At first glance, you’d be forgiven for thinking this was some kind of conceptual art installation. But look again and you’ll notice the high end eyewear nestled among the extraterrestrial creatures and mechanical beings. 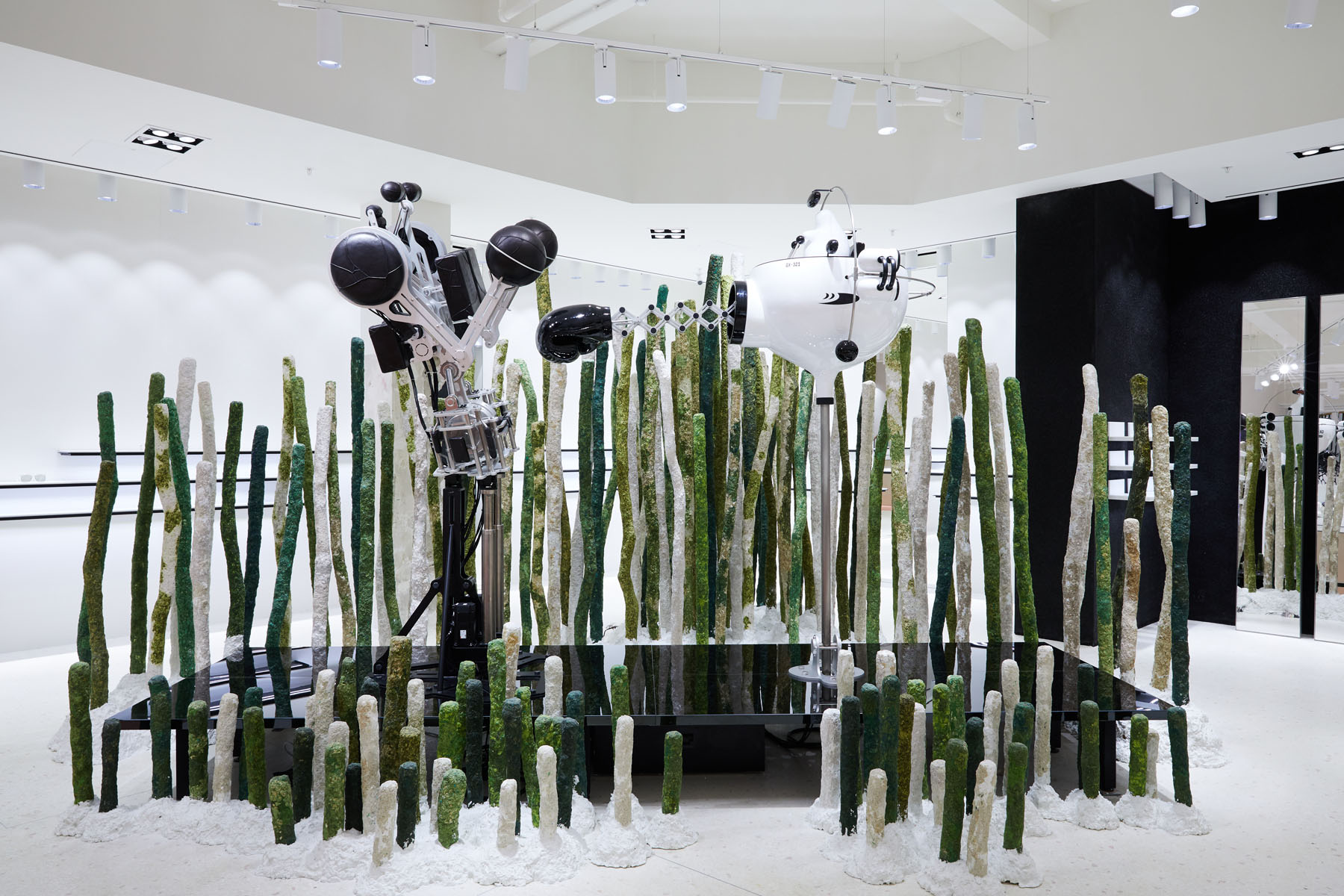 The store is Gentle Monster’s first in Europe. Just a few steps from Oxford Street, it counts some of some of the UK’s biggest high street chains among its neighbours – but offers a very different kind of customer experience.