Art on the Underground was born out of a project to put art on a disused platform at Gloucester Road station. Since then, it has commissioned 350 artists to create a wide range of works – from large-scale installations at Gloucester Road tube station to huge photomontages and murals at Brixton and Southwark. It also commissions artists to create images for the cover of TfL’s pocket tube map and posters which can be found across the Underground. The initiative has a focus on temporary projects and over the past few years, has commissioned some ambitious pieces touching on female identity, representation and the refugee crisis. As Head of Art on the Underground, Eleanor Pinfield is responsible for overseeing these projects and bringing artists’ ideas to life. Here, she talks to CR about the challenges of working underground, the key to a good artist-curator relationship and the changing nature of public art.

Deciding where art should appear We’d love to have work in every station, but that’s not possible, so we have to pick our sites. We tend to think about places where we’ve got amazing sight lines, where work can really engage with the context of its surroundings and where you have a lot of people travelling through. Gloucester Road is great, because it’s a disused platform, so you can play with three dimensions, and Brixton is interesting because it’s this real South London hub with 17 million people passing through each year. We’ve been doing a series of works there which look at the idea of muralism, so thinking about the context of the wider area around Brixton, where a lot of murals were commissioned in the 1980s by Lambeth Council and the Greater London Council, and considering: what does muralism mean now? When you work again and again at a site, it gives you a chance to come at things from lots of different angles. 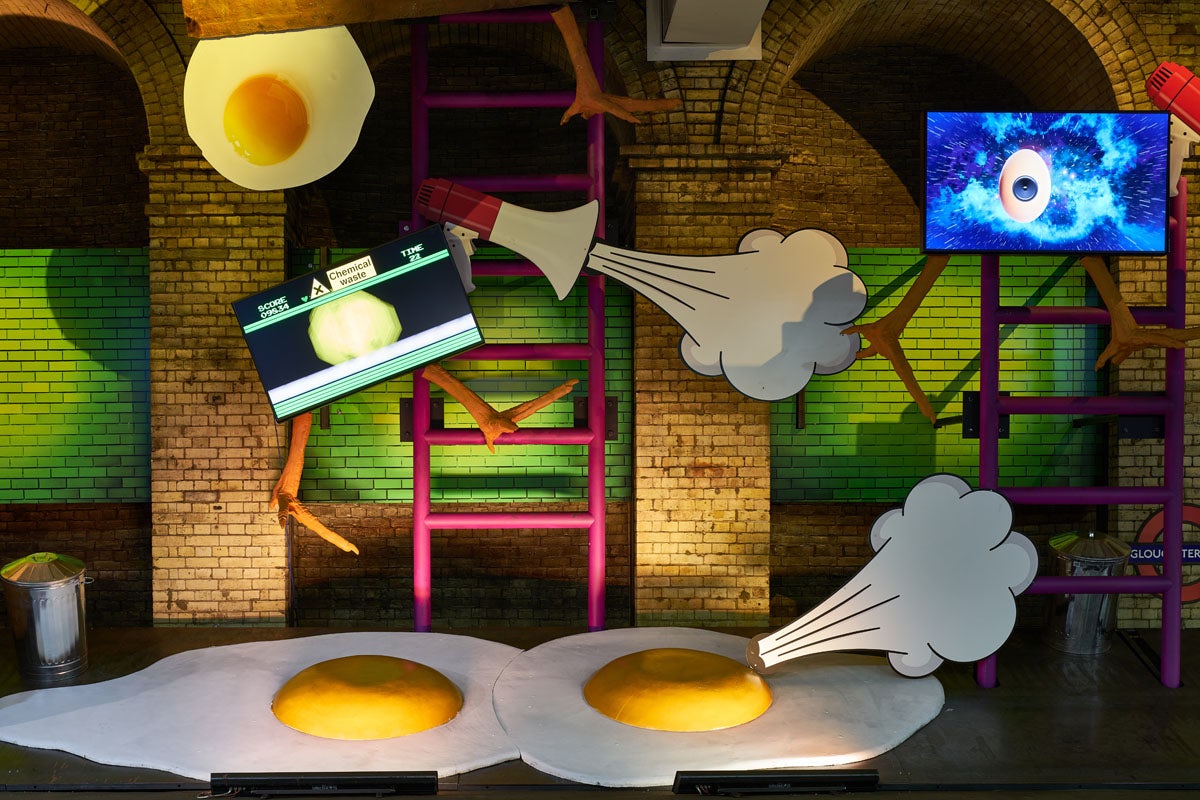