In 2014, Rob Biddulph published his first picture book, Blown Away, an unexpected journey featuring a fearless blue penguin. Since then, he has written and illustrated nine more books and illustrated nearly a dozen other books written by some of the biggest names in children’s literature. Biddulph’s stories are just as powerful on the page as they are read aloud, and as such several of his books have been chosen for the CBeebies Bedtime Story, where they have been read by a handful of famous faces including Mark Bonnar, Chris Kamara and Tom Hardy. Each of Biddulph’s books have also each received multiple nominations and awards, and for the last two years he has been named as the official World Book Day Illustrator for 2019 and 2020 – can’t get much better than that, eh?

Before becoming a children’s illustrator, Biddulph was an art director for the Observer Magazine, NME, Uncut, SKY and Just Seventeen. That background in graphic design can be seen throughout his work with his use of clean lines, blocks of vibrant colours and minute details. Here, CR speaks to him to find out why he made the switch to children’s illustration, what his creative process is and how his #DrawWithRob Twitter initiative has taken off during the coronavirus pandemic.

On growing up in a creative environment My mother is a very talented artist and she always encouraged us to draw. It was great having somebody to look up to and try to emulate from that point of view. I went to art school with the intention of becoming a fine artist, but quickly realised that I might need to make some money at some point. So I switched to graphic design, which I studied at Middlesex University. Over the course of three years I am proud to say that I became a grade-A type nerd. 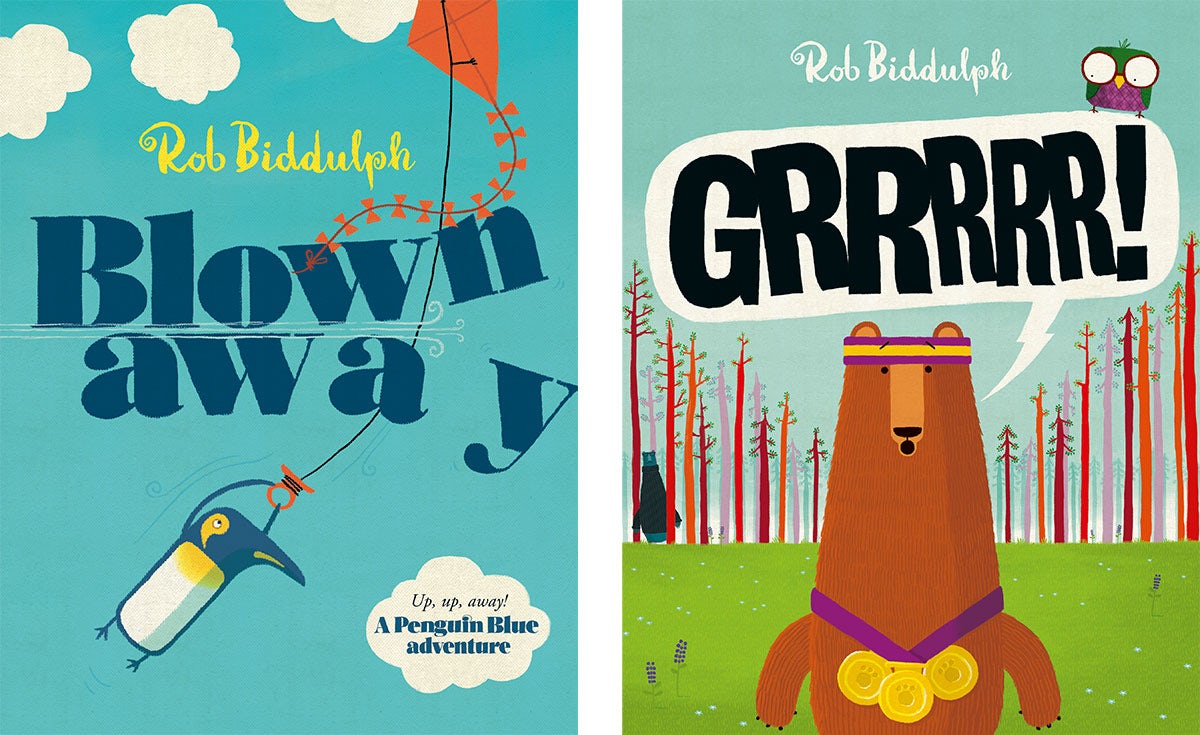