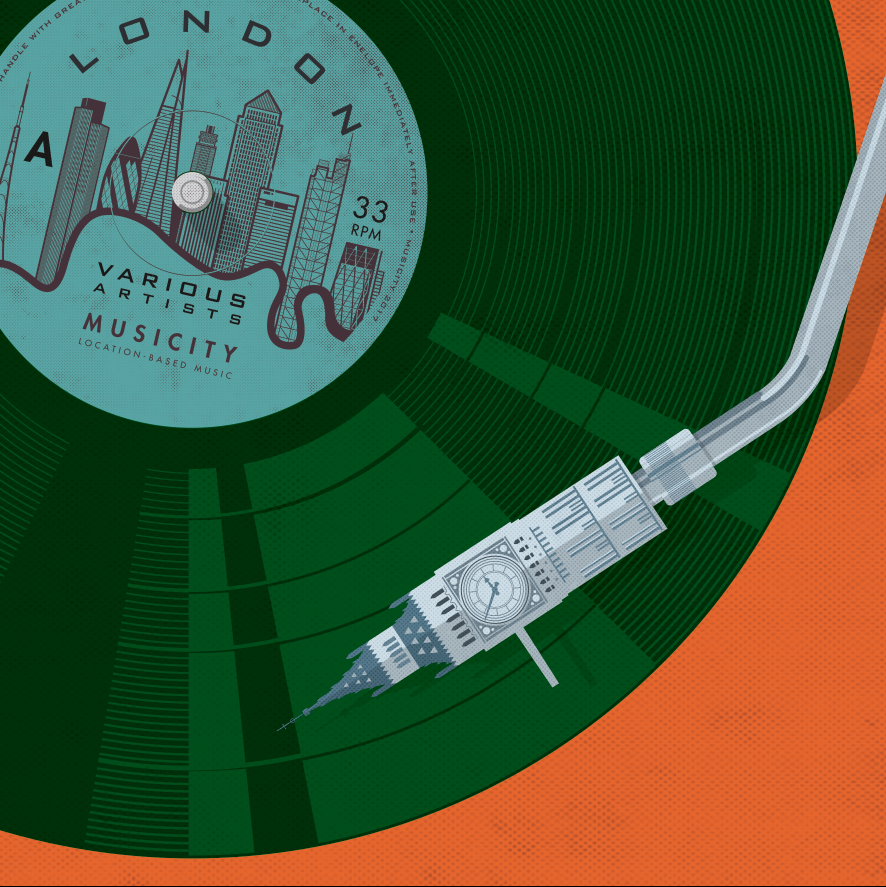 BBC broadcaster and DJ Nick Luscombe started his Musicity side project in 2010. His aim was to transform the way we experience music by inviting artists to compose tracks in response to buildings in cities around the world.

To date, Musicity has commissioned more than 50 pieces of music and spoken word from a diverse selection of artists such as Ghostpoet and Moses Boyd, across seven cities including Oslo and Tokyo.

For its latest instalment, Luscombe has turned his focus to London – specifically Southwark. The borough is one of the oldest parts of the city, with spots like Borough Market dating back as far as the 12th century, but it is also undergoing a huge architectural transformation with more recent additions such as The Shard.

Luscombe asked seven artists to create new songs or pieces of music for seven different buildings, including the White Cube Bermondsey gallery, the box-shaped tribute to scientist Michael Faraday that sits at the centre of Elephant and Castle roundabout, and Southwark Cathedral, which dates back to the 13th century.

Other highlights include The Memory Band – which combines digital machinery and acoustic instruments – interpreting Flat Iron Square through sound, and Langham Research Centre’s take on the Tate’s Switch House extension.

All the tracks can be streamed and downloaded for free on your smartphone, but with one small catch: each track is geo-tagged and only available to listen to when someone visits the building, so that people experience the music in the neighbourhood that directly inspired it.

“Musicity is proof of the power of architecture and a building’s atmosphere to inspire all sorts of artists. The project makes it possible to experience architecture-inspired music and sound art in the very place that sparked its creation,” says Luscombe.

In an age when so much music is available in an instant, we want to bring back the joy of seeking it out. We want our audience to venture out, to be active, not passive, consumers of contemporary music, to explore cities and to experience the urban environment in new and unexpected ways, through music that is entirely connected to it.”