Harryhausen: The Movie Posters delves into the archive of the Ray & Diana Harryhausen Foundation to pull out dozens of different ads created for classic films including Clash of the Titans and Jason and the Argonauts. The ballyhoo – as the giant posters and illuminated marquee displays were collectively called – was a major part of movie marketing during Hollywood’s golden age. These lurid pieces of print played a key role in drawing cinema-goers into theatres, and getting tickets sold.

“I think that the theatrical posters created for Ray’s movies were very influential in setting a standard for just how important publicity was in promoting a film,” says the book’s author Richard Holliss. “Studios responsible for the fantasy film genre were notorious (more than in any other movie genre) for producing stunning publicity art that was, nine times out of ten, more ambitious than the films it represented.”

The myth and sci-fi spin of Harryhausen’s work meant designers and illustrators were free to indulge their imaginations when creating promotional campaigns. For Mighty Joe Young, one of the earliest films the animator was involved with, posters are dominated by shaggy gorillas in various poses including clutching at scantily clad women, fending off lions, attacking cowboys and, in one Italian poster, several of these at once.

Jazzy typographic taglines also played a role in stirring up excitement, with images accompanied by bombastic slogans – “a monster of creation’s dawn”, “captive terror from outer space”, “it raged up from the beginning of time”.

Often, artists in different countries would focus on different moments from each film, resulting in a diverse collection of interpretations for individual releases. While several American designers, perhaps understandably, depicted It Came From Beneath the Sea’s many-tentacled monster crushing the Golden Gate Bridge, in Europe illustrators focused on other less location-specific aspects. In some cases, it’s easy to see how certain posters have gone on to influence the film industry. There’s definite shades of the Jurassic Park dinos in Gustav Rehberger’s image of a Triceratops impaling a Ceratosaurus, created for The Animal World in 1956.

Other standout pieces from the book include some gloriously over the top posters for The Golden Voyage of Sinbad, filled with rock-wielding cyclops and calligraphic type, as well as a pair of unusually restrained designs from Polish artist J Neugebauer and Czechosvloakian artist Olga Fischerova.

And of course the book wouldn’t be complete without Harryhausen’s Clash of the Titans, which gave rise to some dramatic depictions of Greek myth – particularly evident in a one-sheet teaser by Greg and Tim Hildrebrandt showing the snaky face of Medusa looming over anachronistically shiny chrome type. 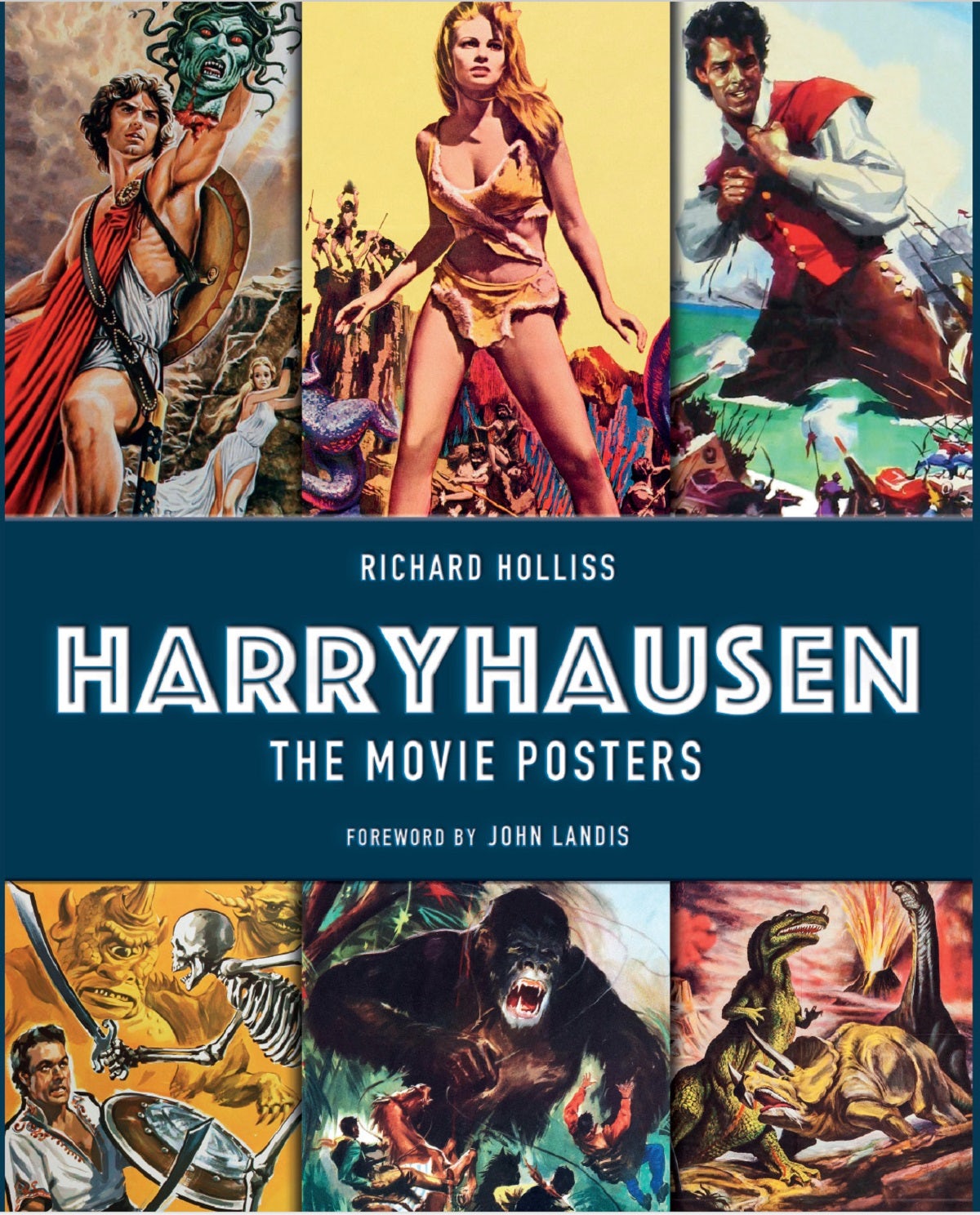 Harryhausen: The Movie Posters is published by Titan Books; titanbooks.com