This coming Friday (coincidentally on the 13th), President Trump will step on British soil for his first official state visit. The trip has been a source of much controversy since it was first announced back in early 2017, and various campaign groups and trade unions are in the midst of organising a schedule of protests that will follow Trump around throughout his visit.

There is one piece of protest art in particular that seems to have captured the hearts and minds of the British people ahead of the visit: Trump Baby. The six-metre-high inflatable version of the President is set to soar across the skies of central London following a crowdfunding campaign that beat its £20,000 target in just two weeks. Here, designer Matt Bonner tells us about making little Donald a reality, and the serious message behind the humorous campaign. 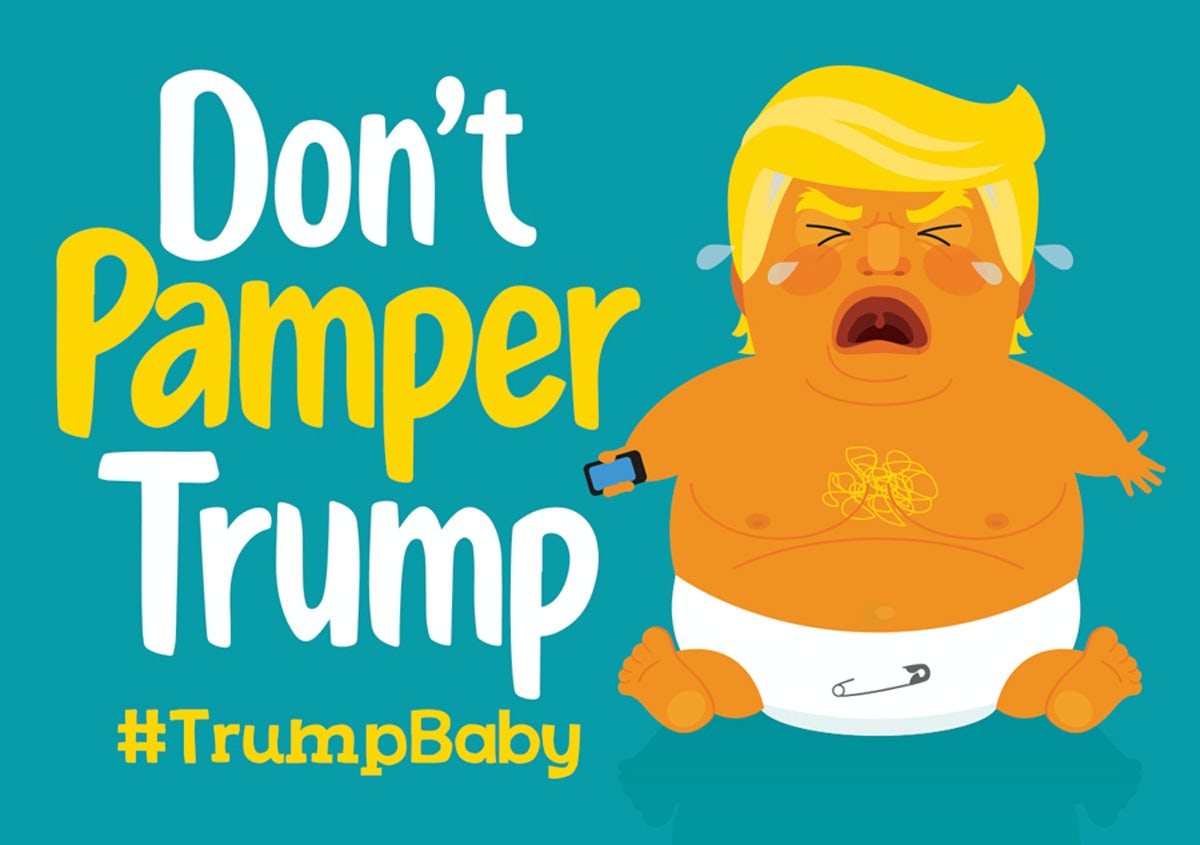 CR: Other than designing inflatable versions of political leaders in the form of giant babies, what is your day job?
Matt Bonner: I am a graphic artist and designer based in London working exclusively for non-profit organisations and projects that focus on bringing about positive change to people and the planet. My work has included the design of Legally Black’s subverted film posters challenging the lack of black representation in the media earlier this year, as well as contributions to Brandalism’s mass ad space takeovers.

CR: How did you become involved in the Trump Baby project?
MB: I worked with some friends on a mass banner dropping event at various bridges on the Thames on the day of Trump’s inauguration last year, called Bridges Not Walls. The event quickly spread to people dropping banners on bridges all over the world. When we heard that Trump was coming to visit the UK we wanted to create something humorous that could send another strong message against the rise of racist and fascist politics both here in the UK and over in the US. A co-conspirator came up with the idea of a giant inflatable that would be hard to miss, and to depict Trump as a baby as a way of targeting his fragile ego. When parliament debated cancelling Donald Trump’s visit back in February, following a petition signed by 1.6 million people in support of scrapping the invitation, we got to work and have had the inflatable ready since then. 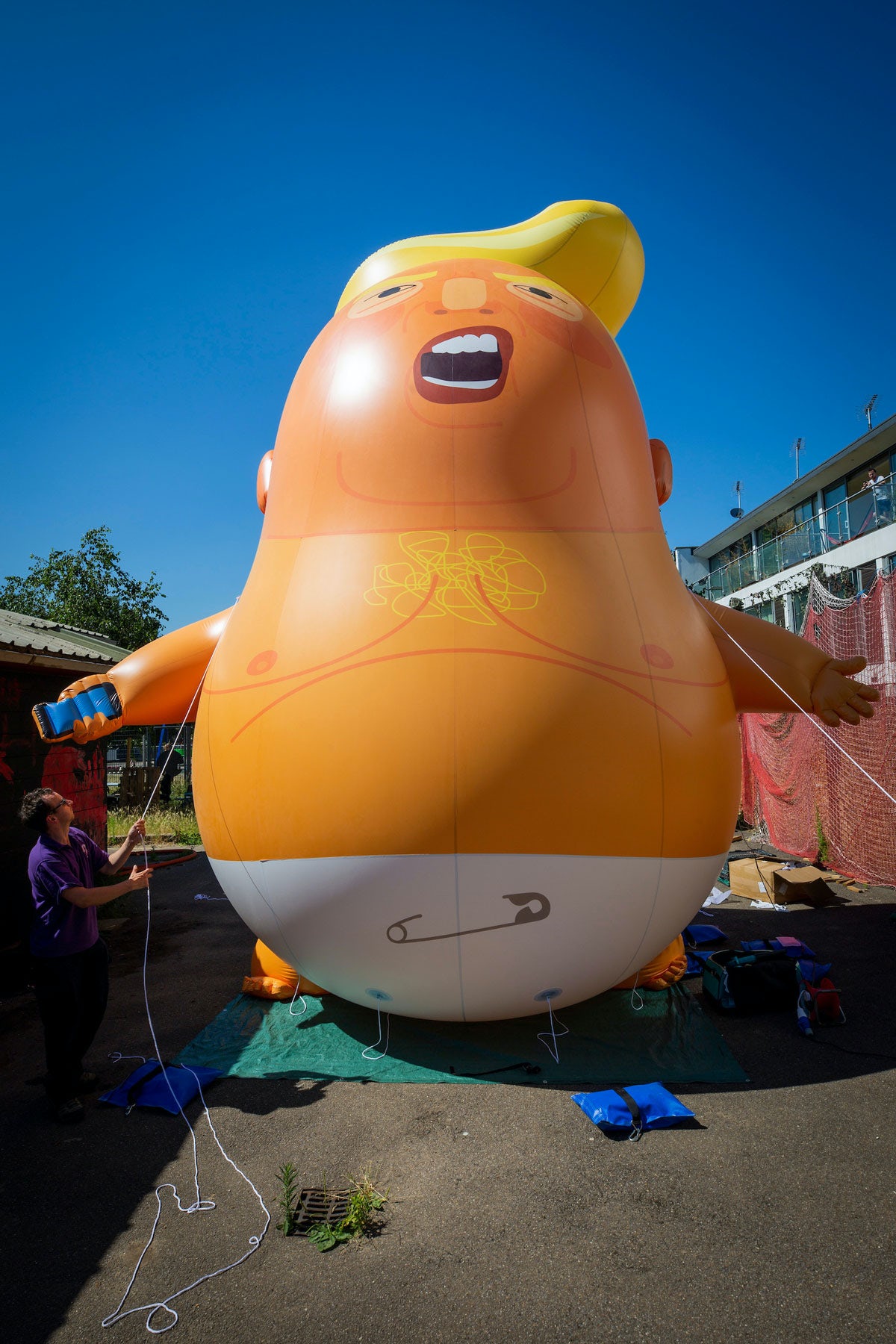 CR: Tell us about the process of designing and bringing it to life.
MB: I worked up a few 2D concepts of a front, side and back of the character that we then passed to an inflatables company, who worked up a 3D rendering. I made him bright orange with tiny hands, clutching his mobile phone with Twitter at the ready. I’d originally depicted him crying but we thought it was too sympathetic so I changed his face to a malevolent constipated grimace before we hit print. We were originally denied permission to fly Trump Baby so we set up a petition to the Mayor of London Sadiq Khan that was signed by over 10,000 people and gained some national media attention. We crowdfunded to help pay for Trump Baby and raised over £20,000 in just two weeks, giving away stickers and balloons as rewards to donors. The Mayor’s office soon changed its tune and has now approved Trump Baby flying in Parliament Square on the morning of the President’s visit.

CR: What do you hope will come out of the project?
MB: We chose to mock Donald Trump in this way because he doesn’t seem to be affected by moral outrage. You can’t reason with him but you can ridicule him. This is a language that he understands and he really does seem to hate having the piss taken out of him. But Trump Baby is a humorous and creative way of underscoring a much more serious point that Trump’s policies are having a horrific impact in the US and the rest of the world, from caging migrant children to withdrawing from climate agreements. Trump Baby is about taking a stand against racism and xenophobia here in the UK too, and to highlight the common ground between Trump and Theresa May. Although Theresa May may have wanted to gain a political advantage by cosying up to Trump so early in his presidency, it’s clearly backfired for her domestically when such a big cross section of society is taking to the streets to oppose his politics of hate and division. 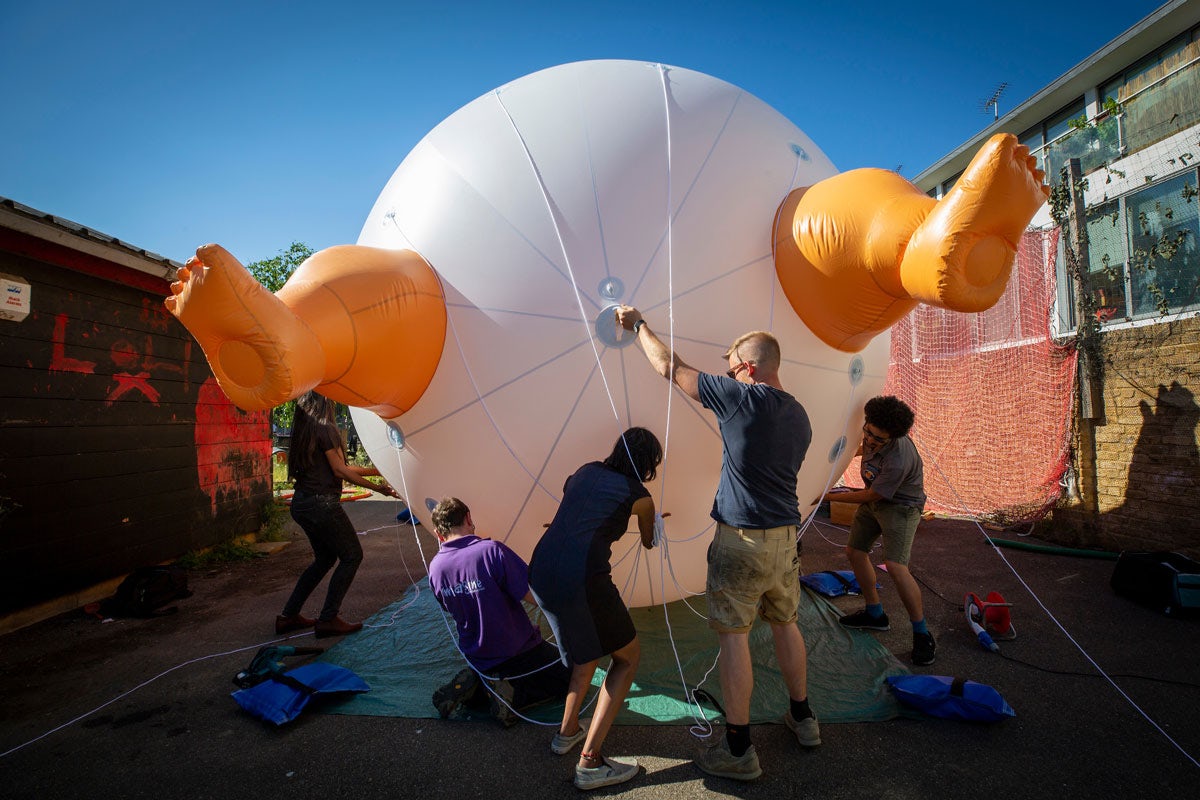 CR: Now that you have reached your initial target, do you have any plans for Trump Baby world domination?
MB: It’s funny you should say that. We’ve had overwhelming support and requests from people who want to fly him in countries such as Australia, Germany and Mexico when Trump visits there, and even the Macy’s Thanksgiving Day Parade in New York. So Trump Baby might go on tour following the President around the world! There is a really broad popular opposition to Trump and it’s great that our giant inflatable can be part of that community.