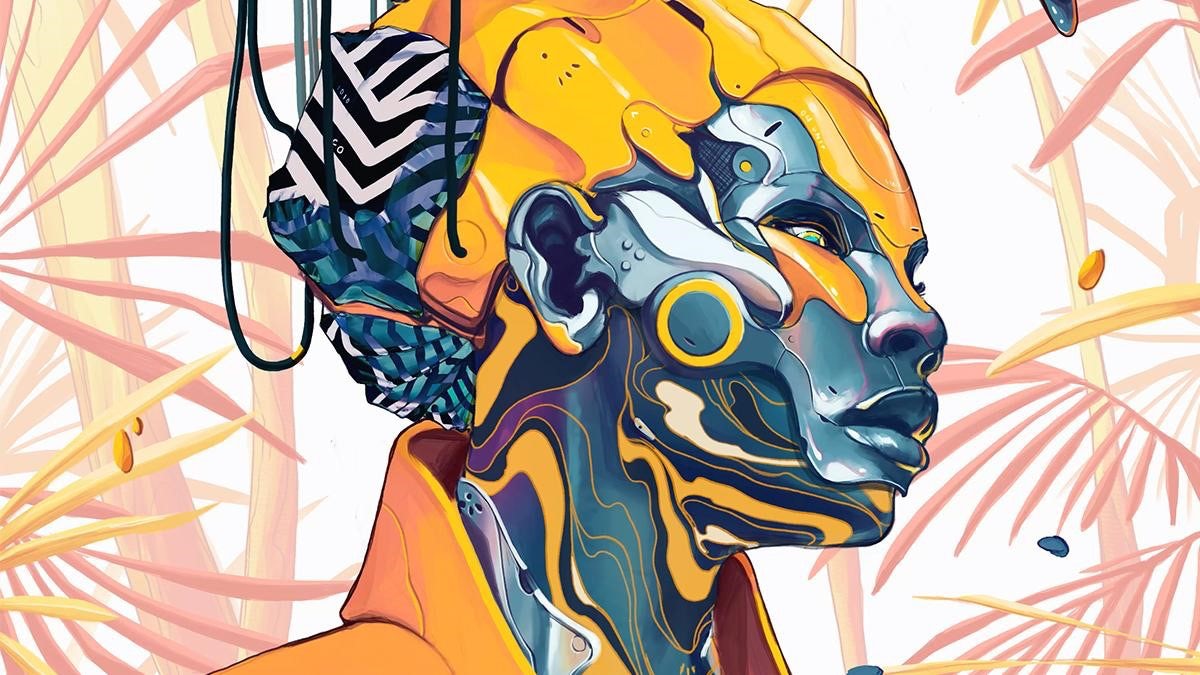 One of the biggest benefits of NFTs is the financial freedom they provide to artists. Take a scroll through ‘NFT Twitter’ and you’ll see a myriad of posts celebrating the ability to earn a living from art that hadn’t existed pre-NFTs entering the mainstream.

It may sound like the market has provided a silver bullet to the longtime issue of artists being fairly compensated for their work, and in a way it has. The structure of NFT sales is widely known to cut out the middlemen — galleries, institutions, etc. — that would typically control sales from start to finish.

On platforms like Voice, artists can create an account and start earning from their fans in under five minutes — a drastic improvement from more institutional, and inherently slower, sales systems. Additionally, the original creator of an NFT is set to earn on all future sales of their NFT automatically, which is perhaps the most important element that blockchain technology uniquely provides.

Beyond personal financial gain, many artists are turning to NFTs as an innovative way to raise awareness and funds for important causes. Two-time Emmy award-winning director and animator Emonee LaRussa’s latest collection of NFTs, dropped recently on Voice, benefit her non-profit JumpStart Designers.

“[JumpStart] is dedicated to help provide Adobe CC and computers to lower income kids. Because let’s be honest, digital art is an expensive career and there are far too many kids who are left in the dark because of the lack of accessibility,” says LaRussa.

The need for resources is something that LaRussa knows personally. She waited for years to be able to afford a computer to get started designing when she was a teen. Now, amidst working on major projects for companies like Hulu and artists like Lil Nas X, she’s reaching a hand back to bring others up alongside her.

Providing resources for aspiring young designers like herself has been top of mind since she began — but now, with her meteoric rise in the NFT space, her dreams have become a reality. She’s able to turn her work into a vessel for change, with the support of her existing audience. Because of the structure of the platform, if the collection is resold on the secondary market, she’ll continue to earn, securing support for the fundraiser in perpetuity.

To run a successful awareness campaign around your NFT collection, focus on the story behind the work. For LaRussa’s collection, she connected each piece to the broader mission, depicting aspiring graphic designers in the works themselves to align with the fundraiser. Her promotion clearly stated where funds would be going, allowing those interested in the same mission to feel comfortable supporting the initiative.

The possibilities behind how funds are distributed within the art world and causes creators care about are endless. The transparency and endless appreciation earnings provided by blockchain NFTs a fantastic vessel for earnings potential for all types of artists.

Start earning from your creative work at Voice.com