As design plays an increasingly integral role in differentiating between the swathes of streaming services out there, US-only platform Hulu has unveiled a new branding, marketing and product experience that aims to unify all three under a concept known as One Hulu.

The revamp has been a collaboration between brand and design consultancy DixonBaxi and Hulu’s relatively new in-house creative studio Greenhouse.

The name Hulu is said to come from an ancient Chinese proverb implying the ‘holder of precious things’. This idea has been woven into the design system, with the ‘U’ in the wordmark forming part of the framing devices seen throughout the new branding, advertising and product design.

A new network ident has been created for the Disney-owned service, complete with sonic branding developed with Zelig, which will appear when launching the platform, and in pre-rolls and campaigns.

The Hulu green has been maintained alongside the introduction of a wider palette that is designed to reflect the various content, while the number of typefaces has been slimmed down to just Graphik, which is used throughout.

The launch of the new look coincides with the roll out of an OOH campaign across the US, demonstrating what DixonBaxi design director Astrid D’Hondt describes as Hulu’s new “optimistic” tone of voice developed for comms pieces. 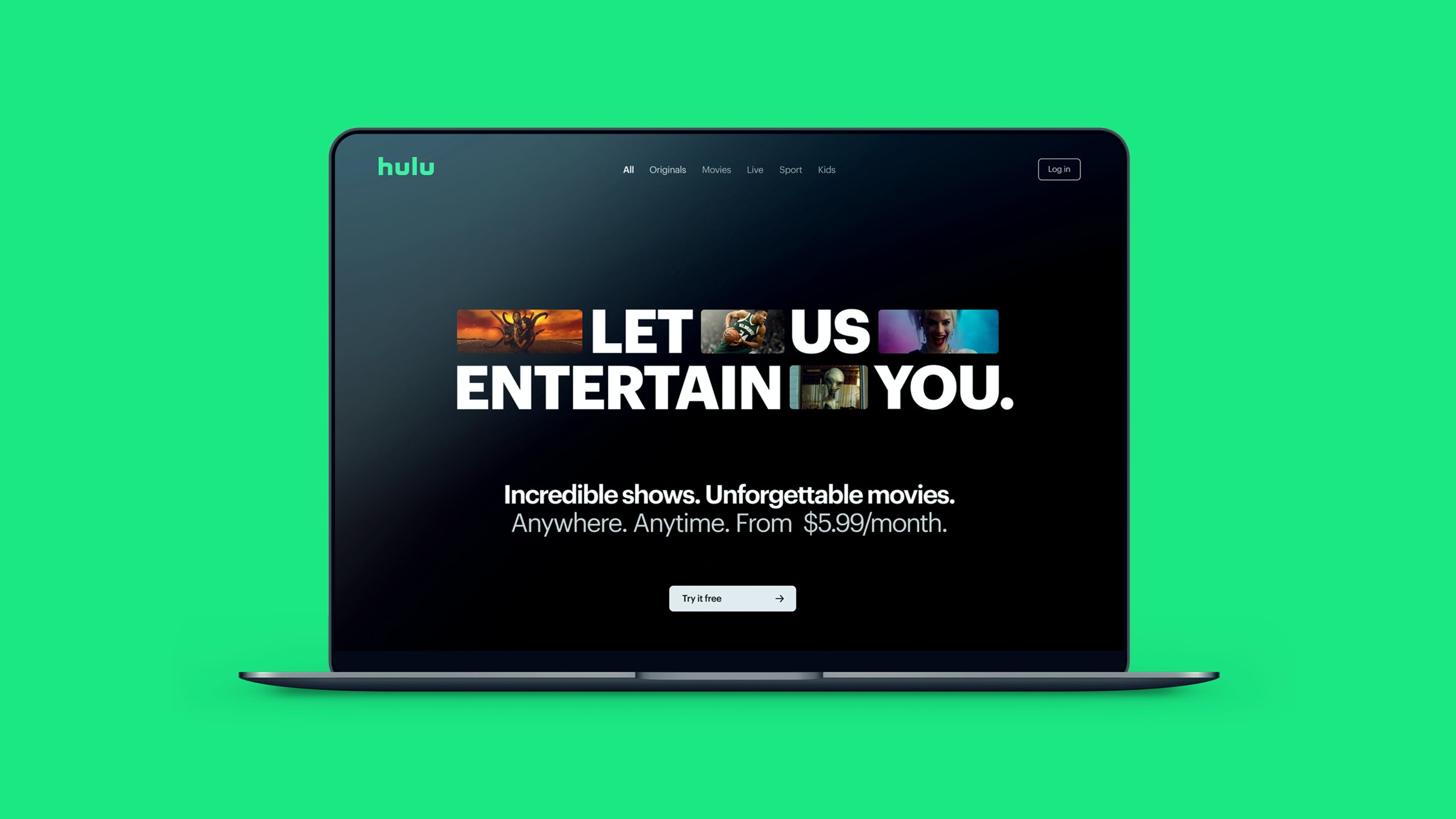 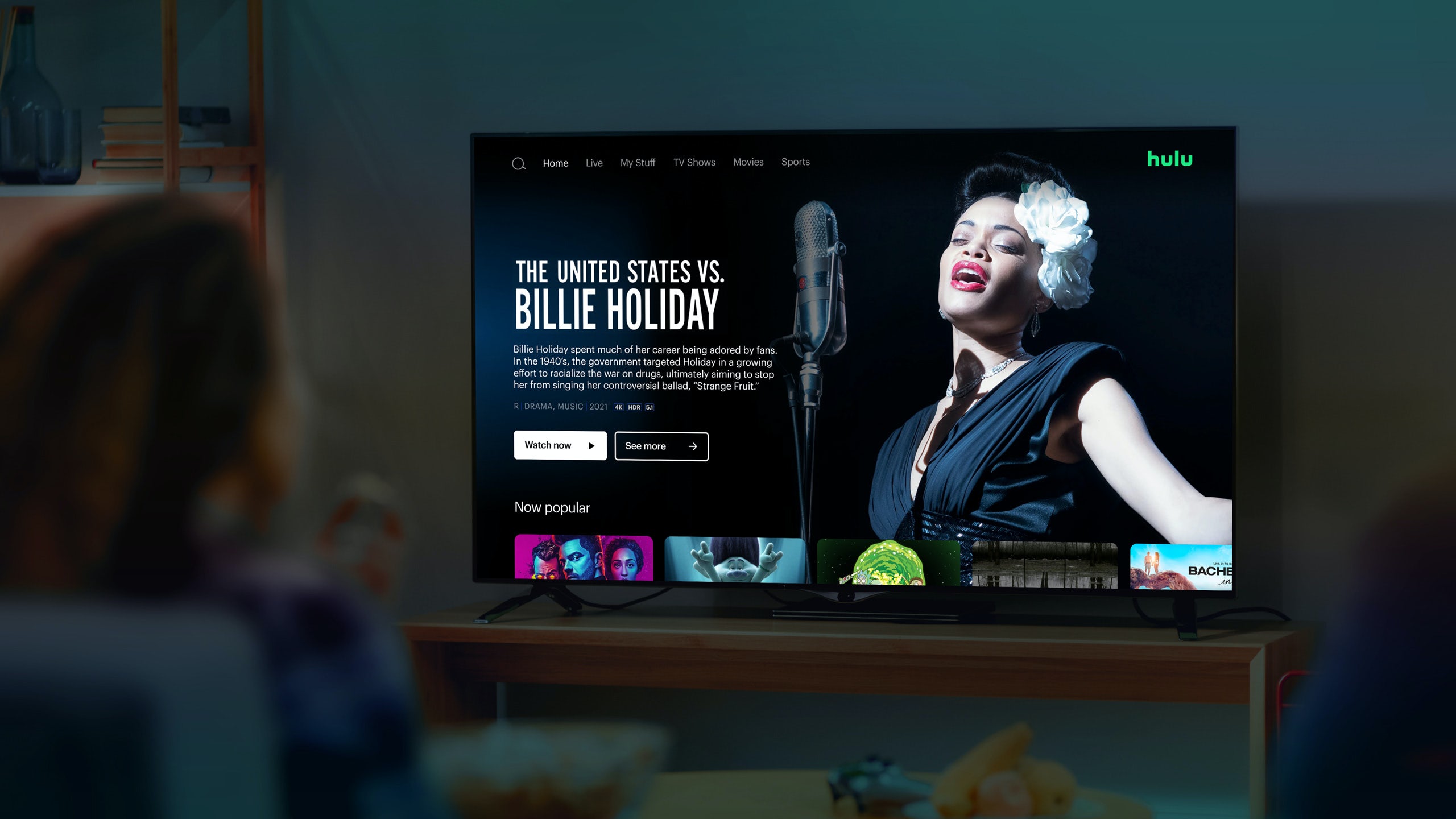 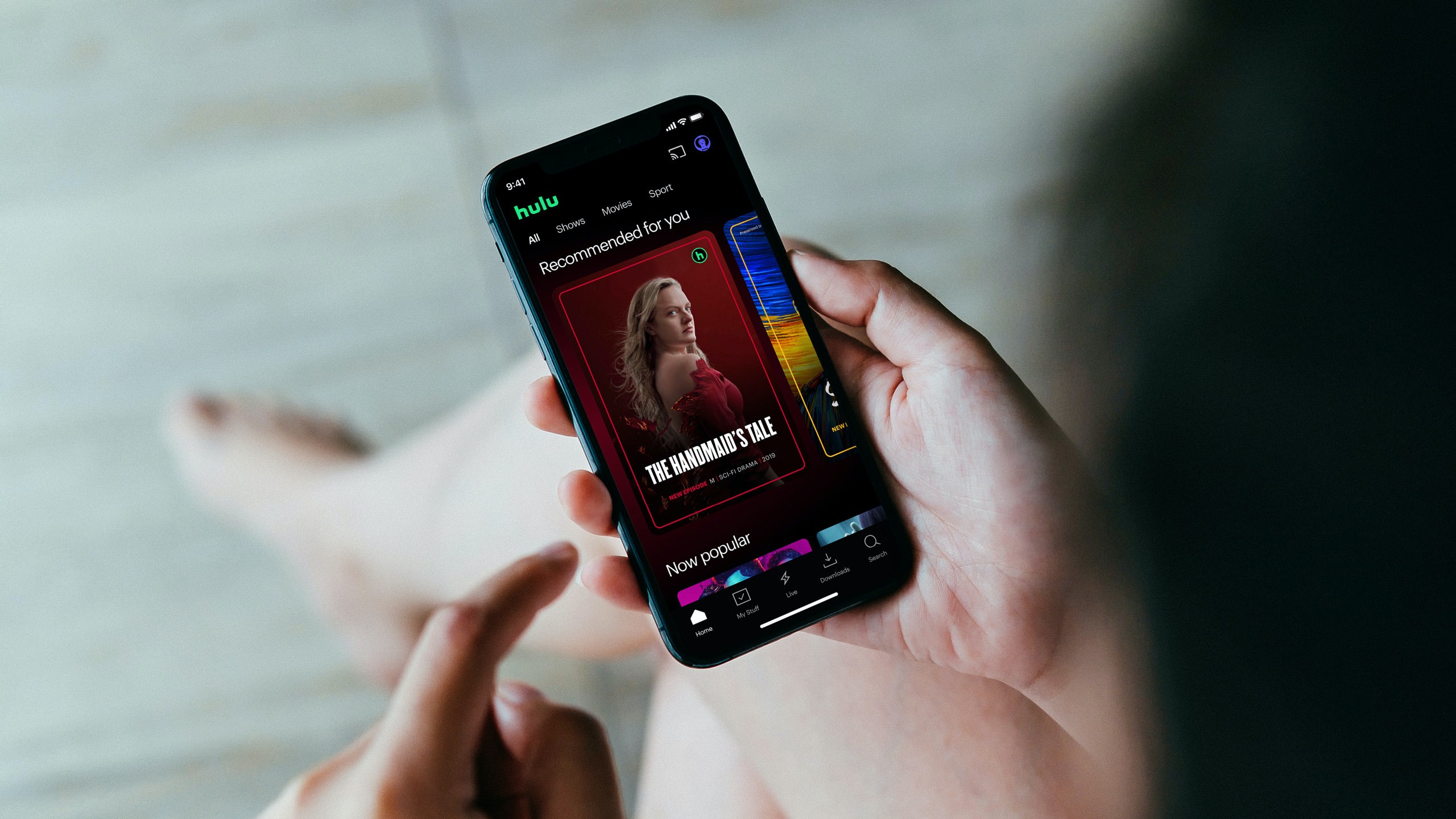 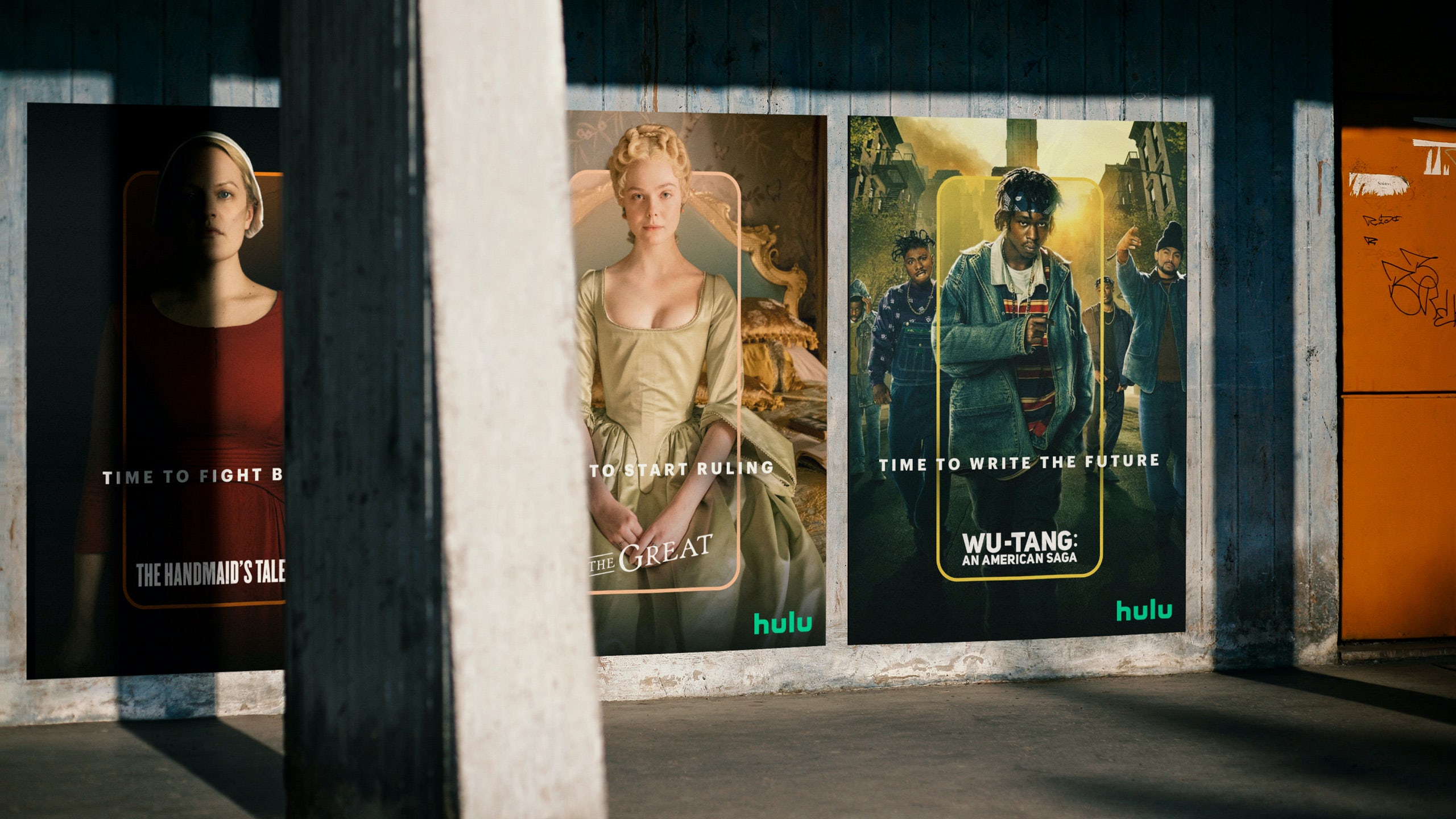 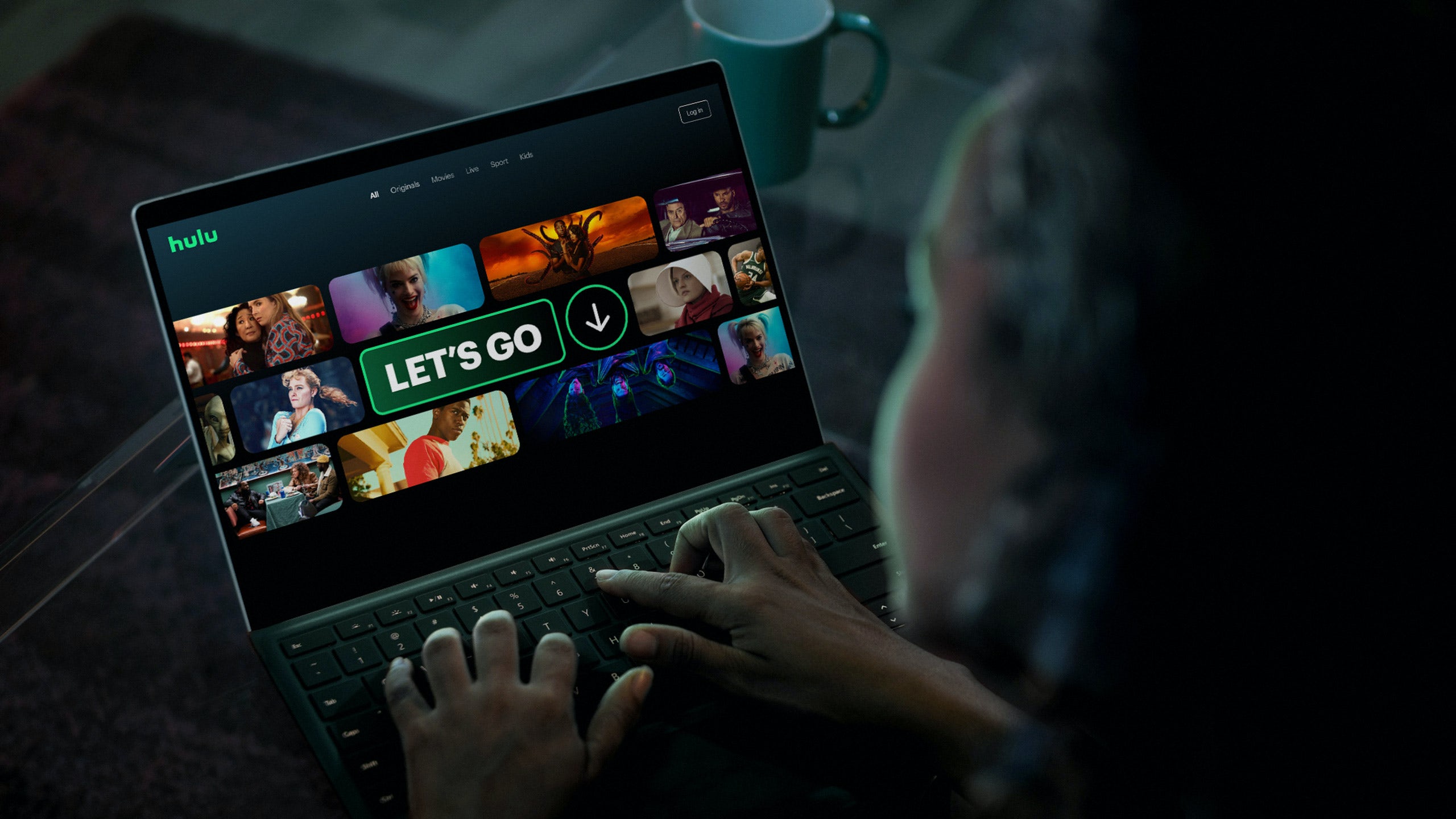