I Didn’t Want to be a Mum by Sophie Ebrard

Based on Sophie Ebrard’s own experience of having her first child, I Didn’t Want to be a Mum tackles the taboos surrounding motherhood with refreshing honesty

By Aimée McLaughlin
The Photography Annual

‘I didn’t want to be a mum’ isn’t a phrase that society is used to hearing very often. Despite the fact that having a baby is one of the most significant physical and psychological changes a woman will ever experience, the expectation is still that it should be one of the most joyful moments of their life.

In reality, many women are left to struggle through the unspoken challenges that go hand in hand with the elation of becoming a first-time mum, leaving them isolated and ashamed to admit the complexity of how they really feel. 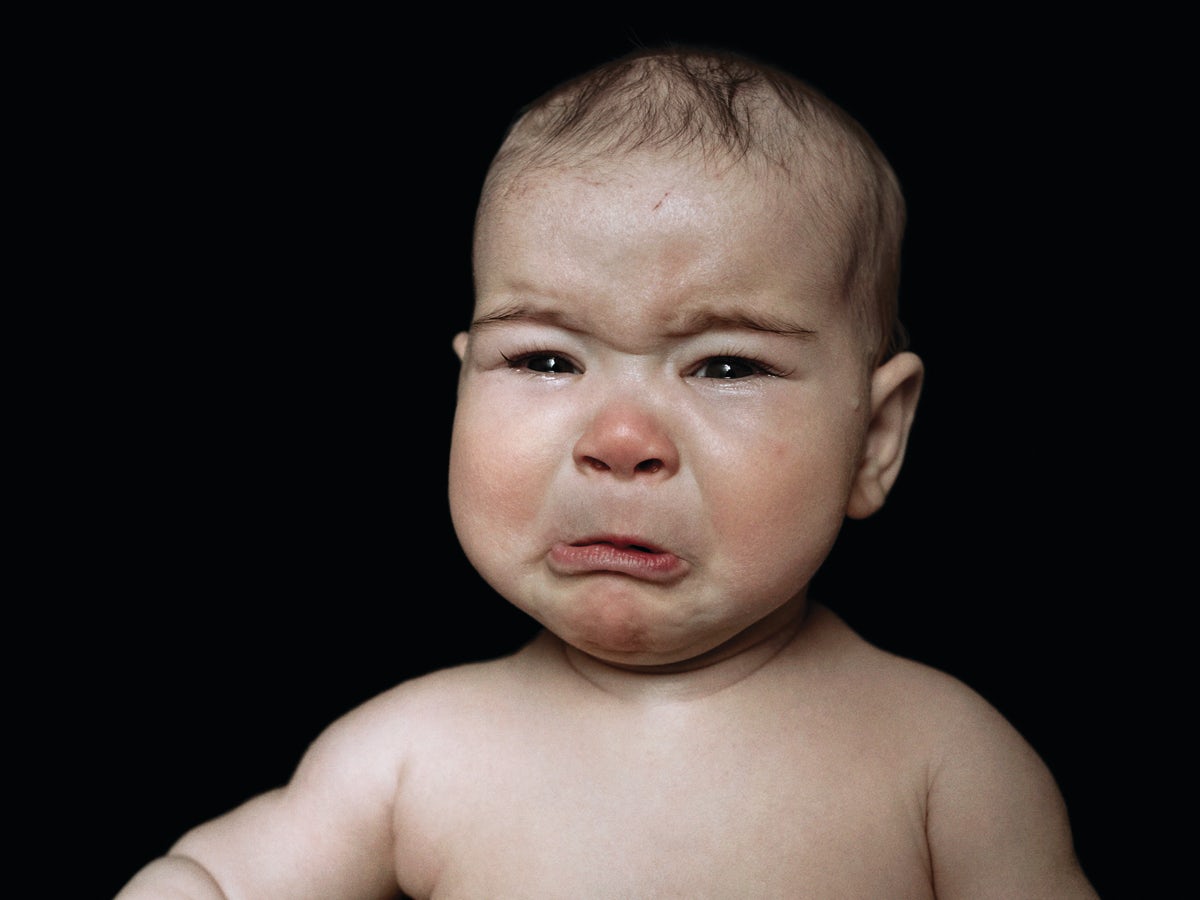 “When I became a mum, it was pretty much a slap in the face. I didn’t quite accept the change that would not only happen to my life, but also to me. I was three years into being a photographer; I loved my life the way it was. I didn’t want children to disrupt this beautiful path I was on,” says Ebrard.

“I loved my son to bits, but I didn’t like the role and felt alone. When you are used to being able to do mostly what you want, when you want and how you want, the challenges of pregnancy and motherhood can make you feel that you are losing a part of yourself.”

It was a bit nerve-wracking to set up the exhibition and write in big letters, ‘I Didn’t Want to be a Mum’ in the front windows of my house

It was only after giving birth to her second child that Ebrard began to process the way she had felt the first time around and decided to create a visual record of the following months. Shot in the back garden of her Amstedam home with her assistant and nanny, the series of intimate self-portraits with her daughter Louison played a huge part in helping her understand her experience. 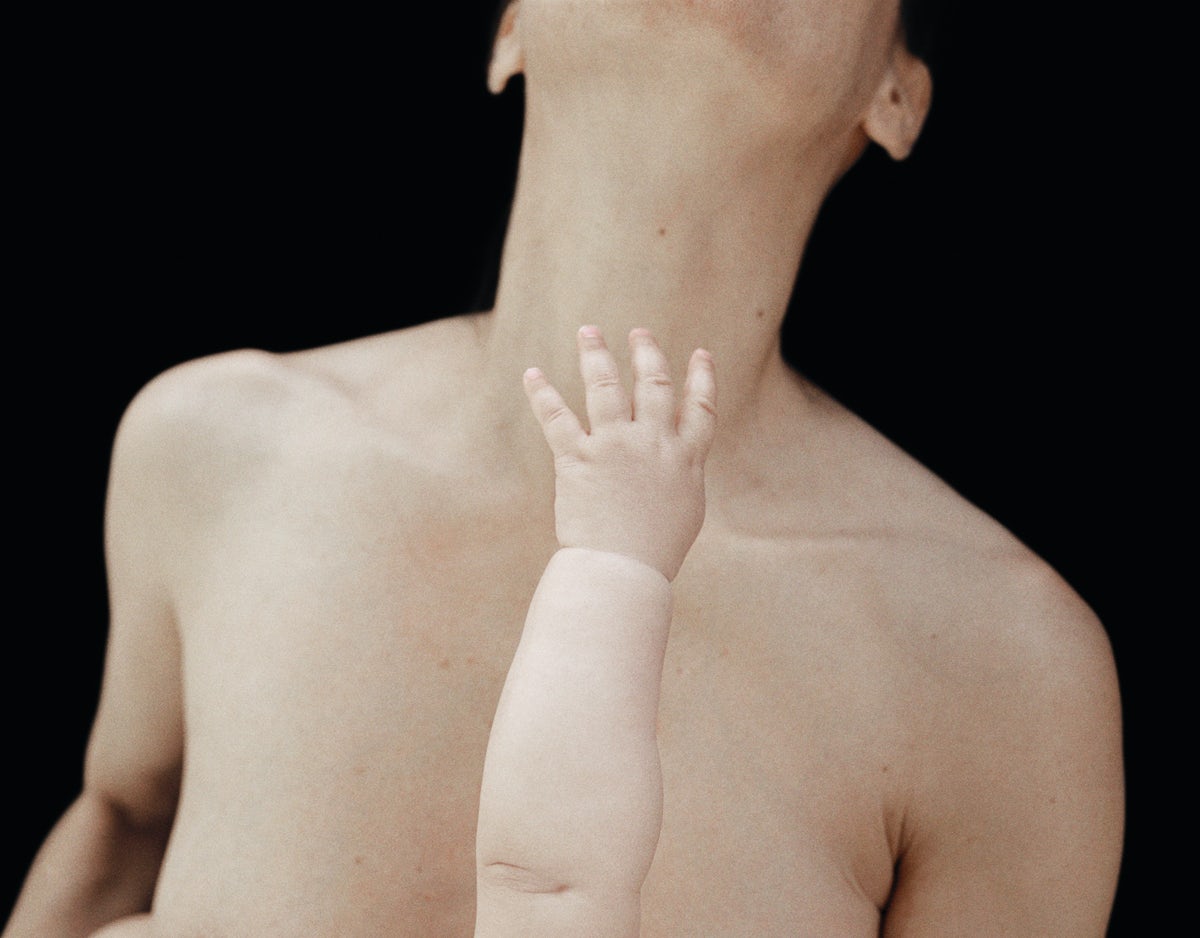 An accompanying exhibition also took place at Ebrard’s house during Unseen Amsterdam, featuring the photo series alongside other multisensory exhibits, including the bottled smell of a newborn baby’s head, the sound of a woman giving birth, and a video of a breast called Milk on Tap.

“It was a bit nerve-wracking to set up the exhibition and write in big letters, ‘I Didn’t Want to be a Mum’ in the front windows of my house,” says Ebrard. “I wasn’t sure about what the neighbours were going to say about it!” 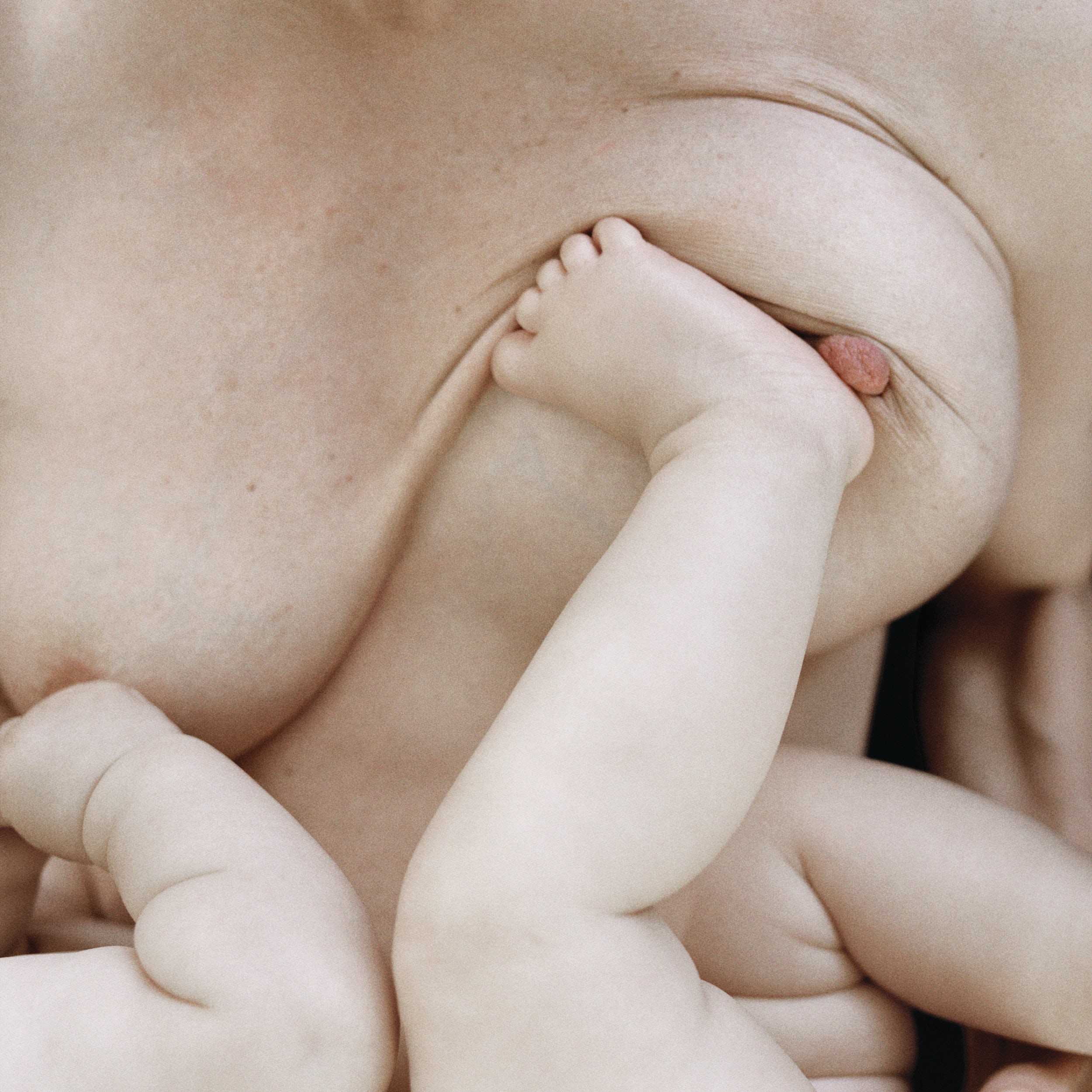 The response turned out to be more than the photographer could ever have imagined. “During the exhibition, something unexpected happened: women, men, parents were finally given the permission to feel their own feelings. This led to an outpouring of relief and a newfound desire to share their own stories,” she says.

“Many felt understood. Suddenly, mothers, fathers, and even non-parents seemed to get a weight off their shoulders and were moved to tears. For the first time, I realised I am not alone in feeling this way, in having such conflicting emotions.”

The process of making the project and engaging with others via the exhibition proved to be a hugely cathartic experience for Ebrard, so much so that she is now working on the second phase of the project. “Instead of turning the camera on myself, like I did with the series, I would like to give a voice to other parents, mostly mothers, and demonstrate that early motherhood is a universal cataclysm. It’s time we talk about it with no shame.”