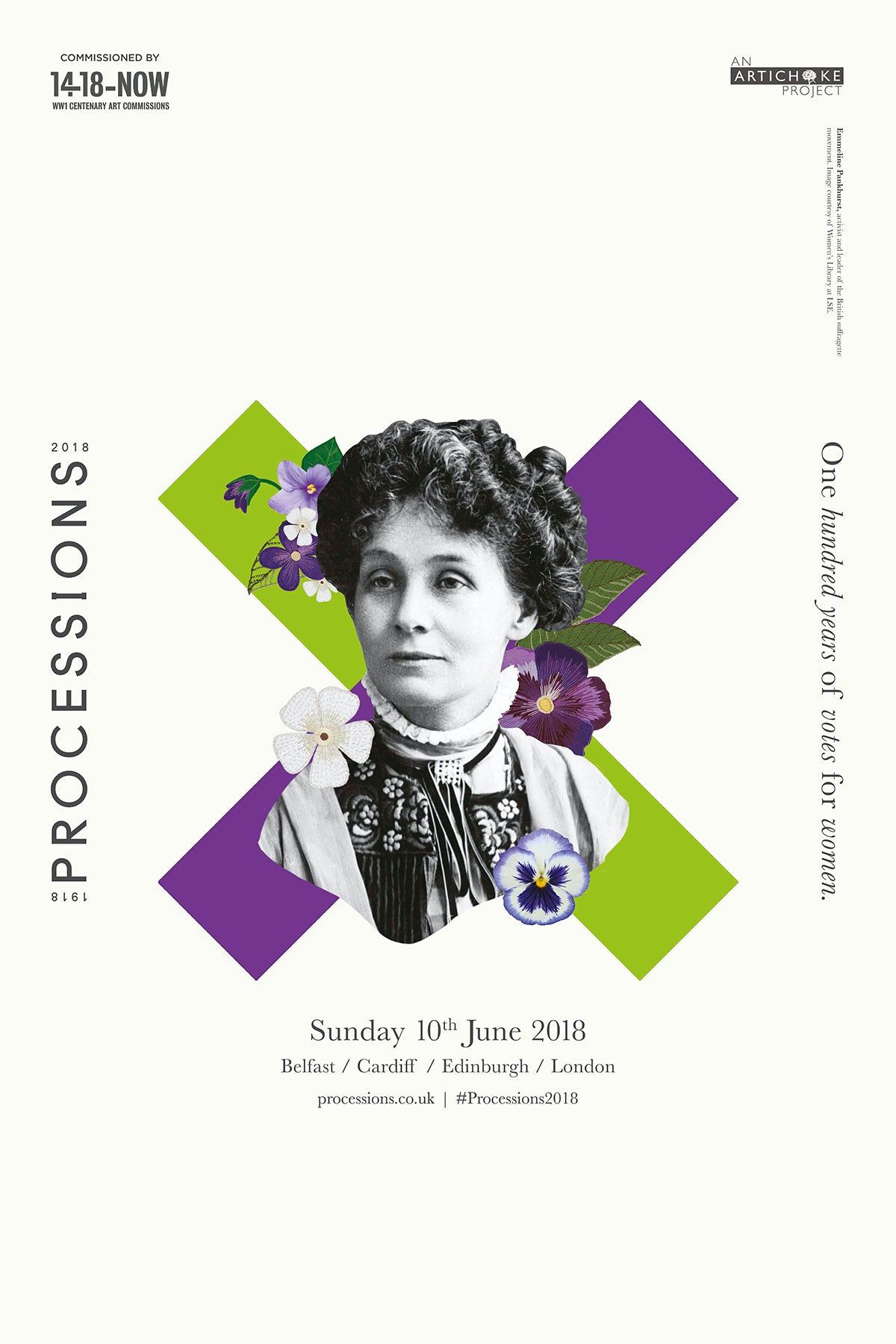 Art organisation Artichoke commissioned 100 women artists from the UK to make 100 unique works to commemorate 100 years since women won the right to vote. The art project, titled Processions, was also marked with a march in four cities across the UK to pay homage to the women who took to the streets 100 years ago.

Grey London was brought on to design the identity for Processions, one that would unify all the events taking place in several places simultaneously. Their elegant solution uses the three colours – green, white and purple – associated with the original Suffragette Movement. The primary motif that wove its way through all the associated collateral was a cross, a mark selected to symbolise defiance and the act of voting. 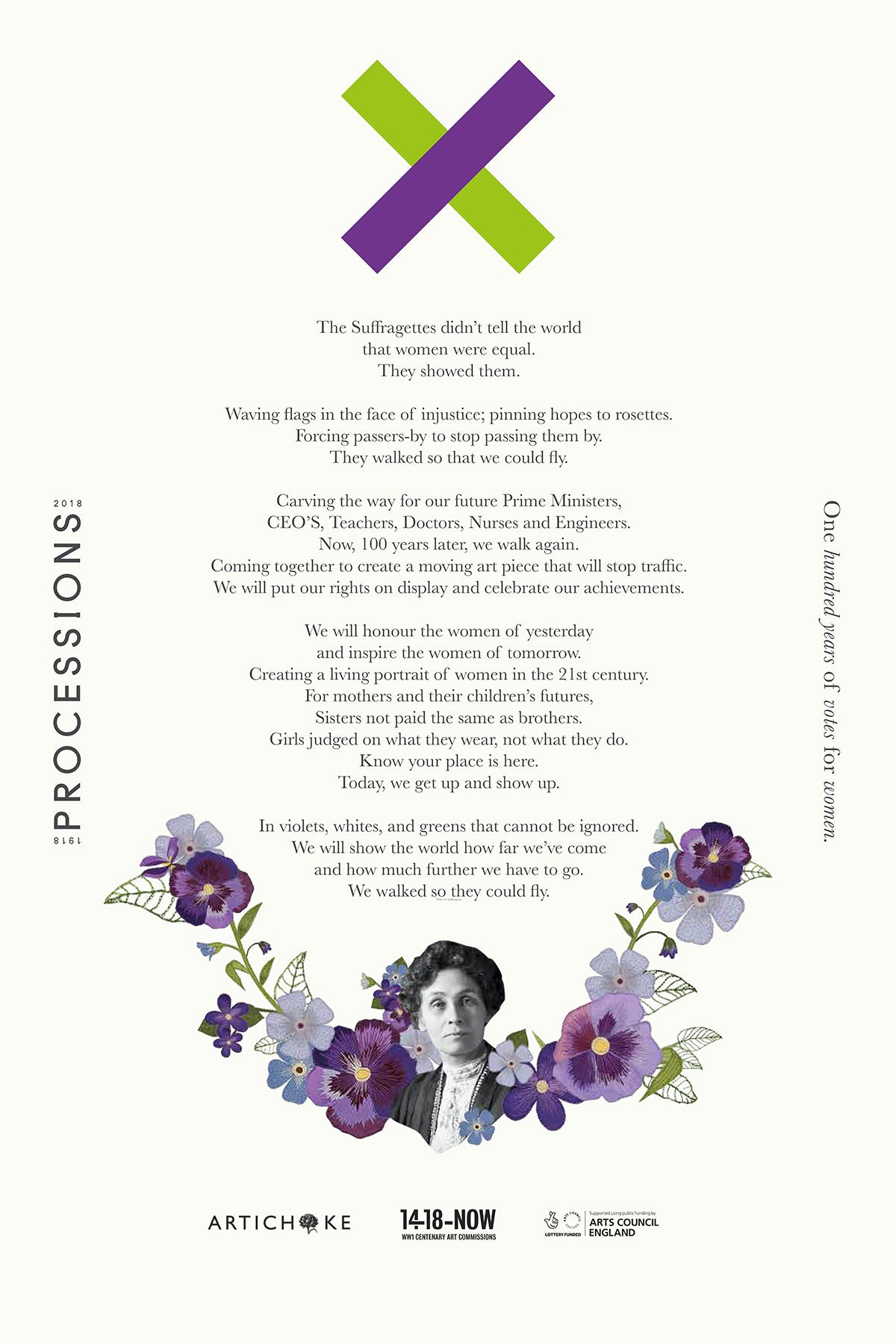 A collage aesthetic informed the graphic language of the entire event, bringing together the cross motif, flowers, and black and white portraits which then made their way on to everything from outdoor and print, to banners, badges, brooches and T-shirts. The identity was also translated into templates and toolkits that could be used by marchers to create their own flags, banners and posters.