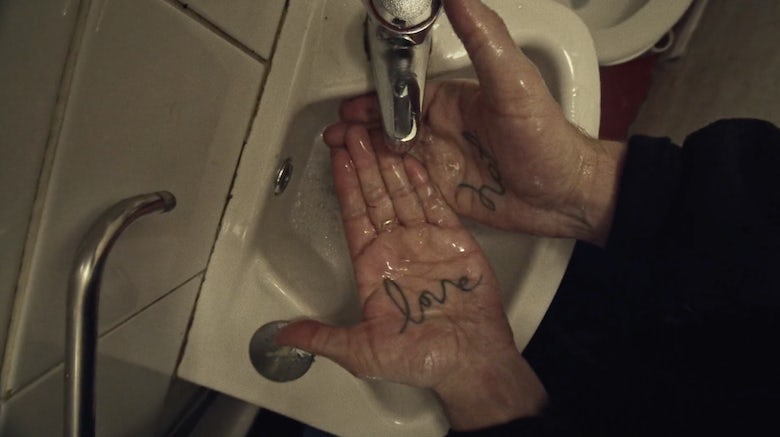 The video for War by Idles tells a story of four characters’ everyday lives by focusing largely on images of their hands. “While you can tell a great deal about a person and their thoughts and feelings through facial expressions, we also very frequently look for thought and feeling in other people’s hand movements, positions and gestures,” says director Will Dohrn.

“In this film I wanted to move the audience’s focus solely to four characters’ hands, combining subtle gestures and movements with more chaotic moments to tell personal stories from a unique perspective.

“I came up with the idea to mount a camera to the forearm so the camera would move with each protagonist’s hand while looking down onto it, further isolating the hand from the outside world,” Dohrn continues.

“We built a rig that wrapped around the entire arm securely, enabling us to keep a very small cinema spec camera adjacent to the actor’s hand at all times. This allowed me to create movement that would further amplify the intensity within the track with faster, more motion-blurred movements, creating contrast between the calmer moments of human connection and empathy.”