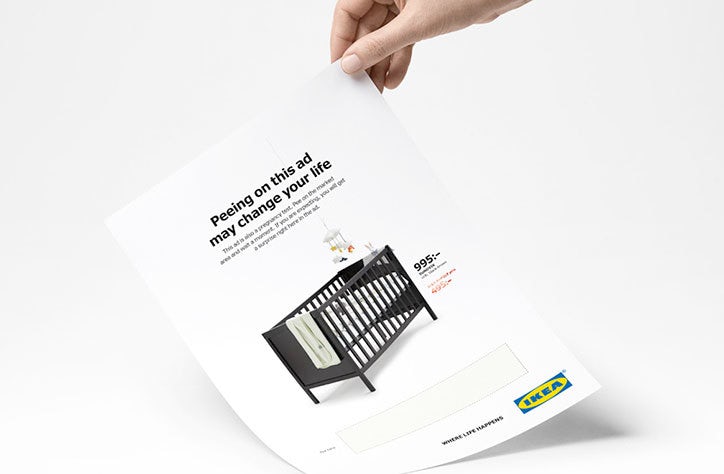 Pregnant fans of discounts and wee are in for a treat with Ikea’s latest ad stunt, which invites women to pee on a magazine ad to reveal a discount on a cot.

The ad features pregnancy-testing tech, which, if you are pregnant and can prove it via peeing on the ad, then shows the discounted price. Those eligible then presumably have to take the wee-soaked ad into a store to get the cheaper price – fun!

The ad comes from Åkestam Holst, the Swedish agency behind a number of Ikea’s recent inventive campaigns, including the time the retail brand renamed a number of its products after popular Google searches.

It is running in Swedish women’s mag Amelia, but its eye-catching/gross approach will no doubt receive column inches around the world. And, who knows, maybe some people will find out for the first time that they are pregnant via an Ikea ad (which we could easily see spawning another Ikea ad too).