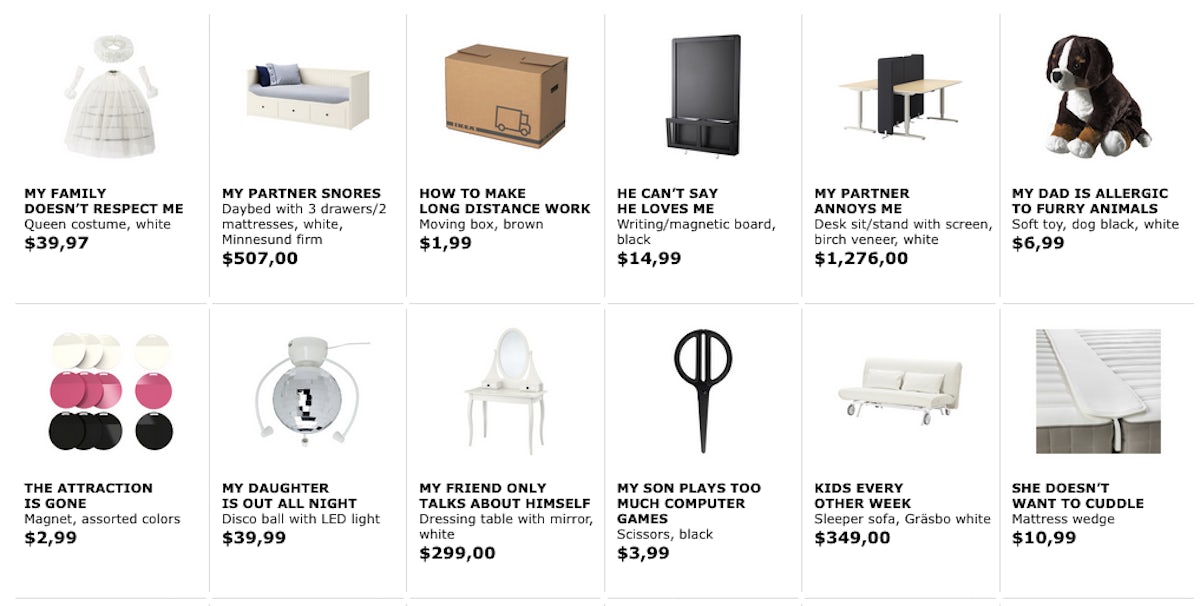 A new ad for Ikea from Swedish ad agency Åkestam Holst sees the furniture brand’s products renamed after searches for various relationship dilemmas on Google. Titled Retail Therapy, the campaign sees a search for ‘My friend only talks about himself’ assigned to a dressing table with a mirror or ‘How to make long distance work’ attributed to a moving box.

Most of the pairings are witty. ‘Hard to get teenager out of bed’ is the new name of a screwdriver/drill, while ‘Dating three at once’ is a triple pad for wireless charging. Occasionally the namings are poignant though, such as a desk with a dividing screen through its centre named ‘My partner annoys me’. Or just odd: ‘My family doesn’t respect me’ leads to a queen’s costume, for example.

The campaign is funny and charming but also potentially performs a SEO coup, with Ikea’s products presumably travelling up the Google search engine each time someone searches for these issues.

Ikea has this year performed a great job of illustrating modern families in its ads, with spots including one on life after a divorce, and another about a child growing up and leaving home. This new campaign is more abstract and out-and-out humorous than these previous ads, but it continues the message that Ikea is the brand to help you out, whatever your relationship issue.