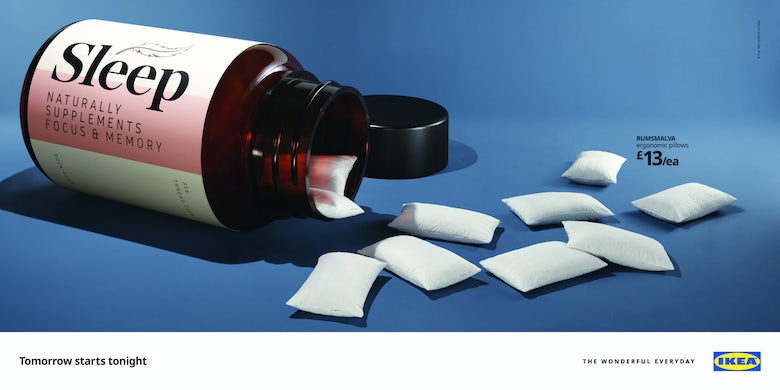 For this ad campaign for Ikea, Mother London drew upon research which showed that Britons have been sleeping fewer and fewer hours per night over recent years, with more than a third of UK citizens saying they don’t get enough sleep. Through a series of posters, Ikea aimed to remind the nation that the more you sleep, the more you get out of life, and hoped to also position the Swedish furniture brand as sleep experts.

In a series of striking -images, Ikea highlights the surprising benefits that a good night’s sleep brings by comparing it to fad products that promise the same result but rarely deliver, including energy drinks, anti-ageing creams and vitamin supplements.

The visuals were shot in camera by photographer Amy Currell, using large-scale models that were specially designed by Andy Knight to house real Ikea bedding. 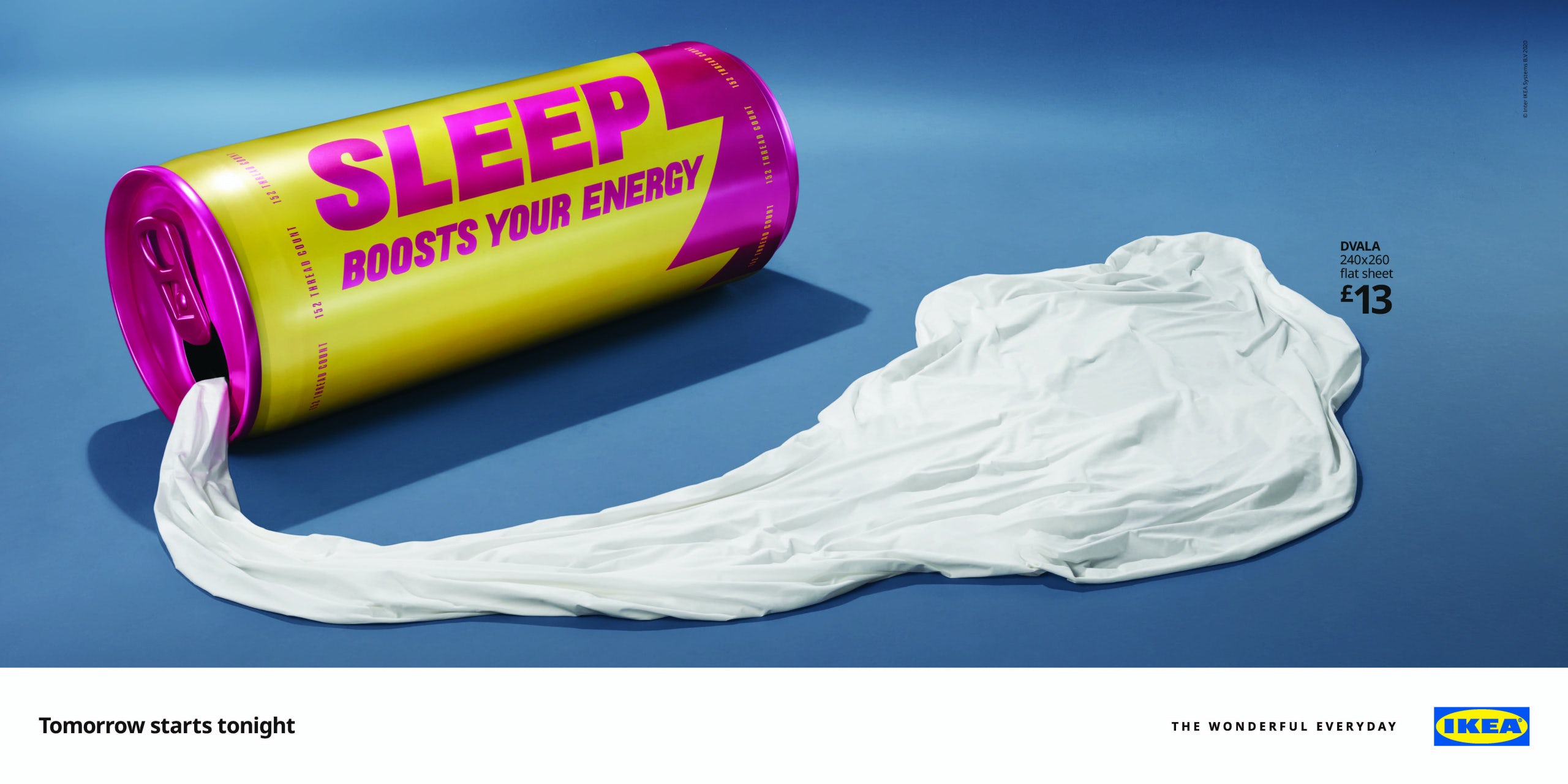 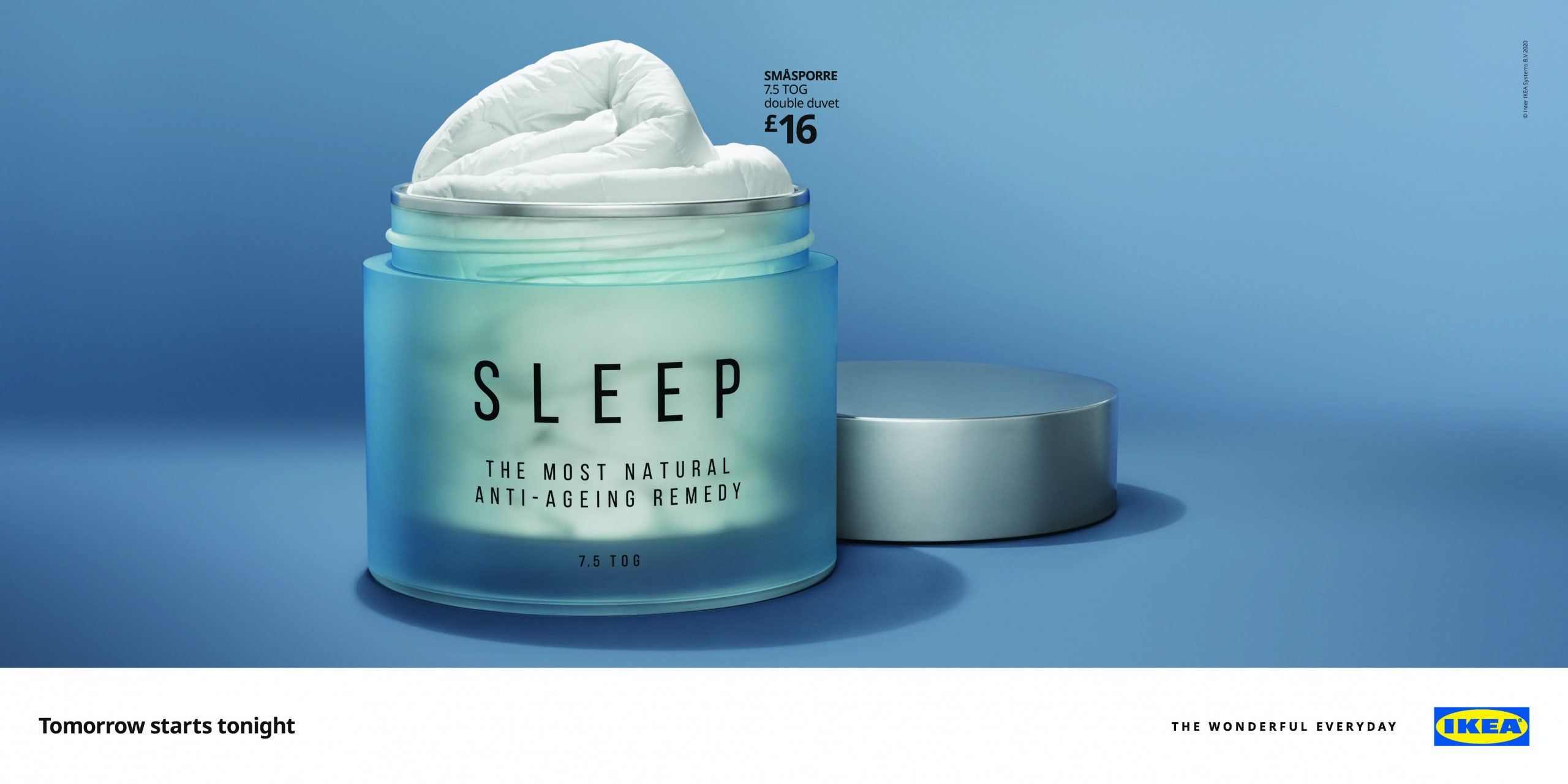